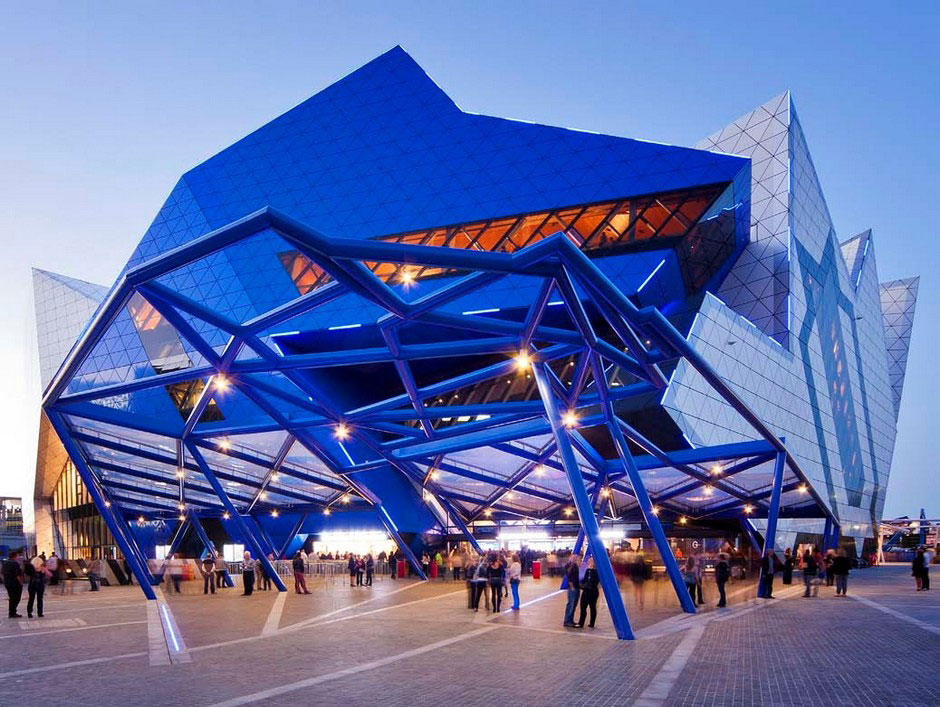 Perth Arena is a sporting and entertainment arena in Western Australia built in a collaborative effort by architecture firms, ARM and Carmeron Chisholm Nicol (CCN). It is designed to mimic the intricacy of an Eternity puzzle with all of the pieces of the façade forming some combination of equilateral and half-triangles. Sources further state that the arena is said to be a modern interpretation of the state’s oldest public building, Round House in Fremantle. END_OF_DOCUMENT_TOKEN_TO_BE_REPLACED 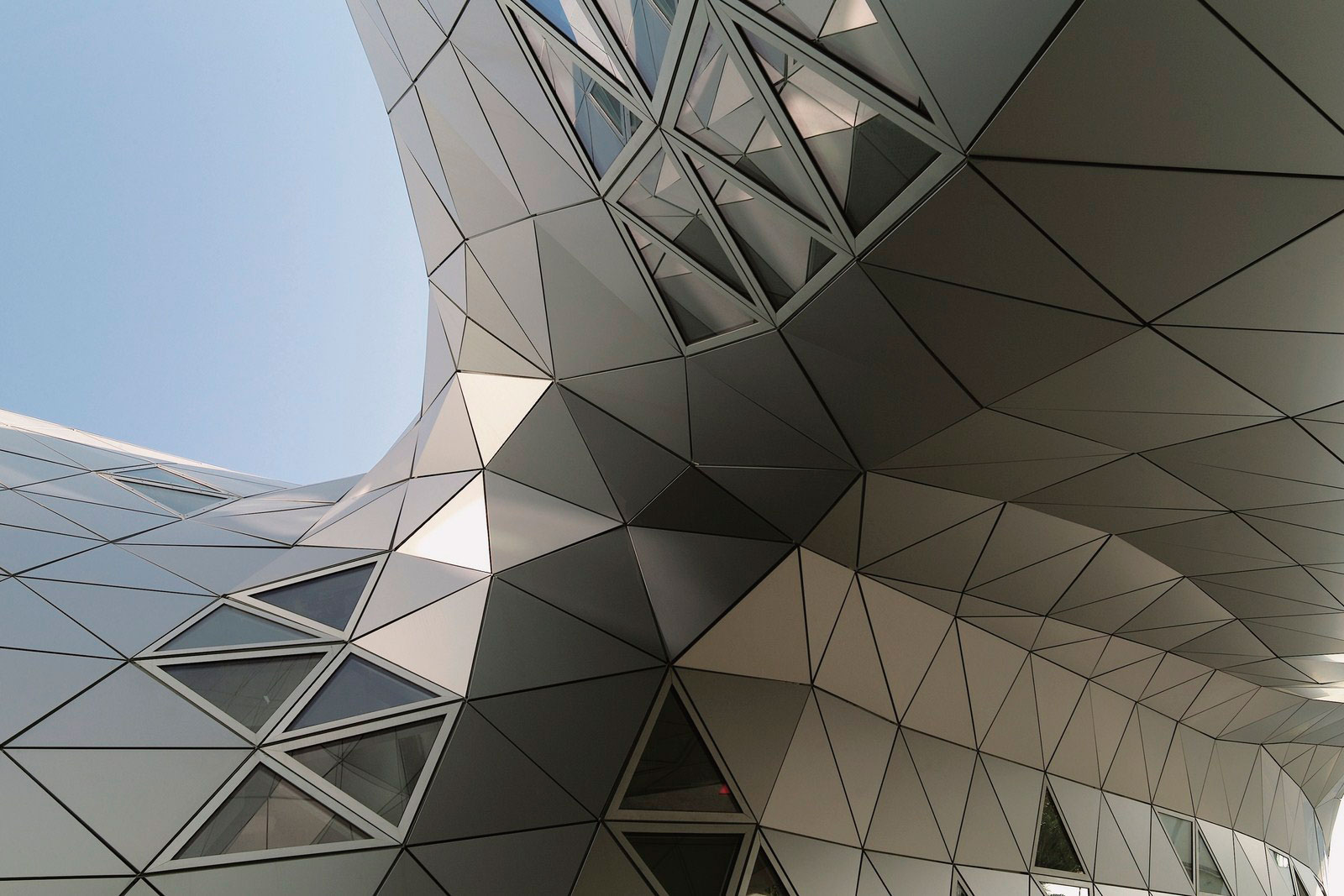 The intricate design of the Georges-Freche School of Hotel Management in Montpellier was constructed using 17,000 triangular anodized Alucobond aluminum panels. Architects Massimiliano and Doriana Fuksas punctured the building’s exterior with nearly 5,000 triangular windows, each of which are unique. END_OF_DOCUMENT_TOKEN_TO_BE_REPLACED