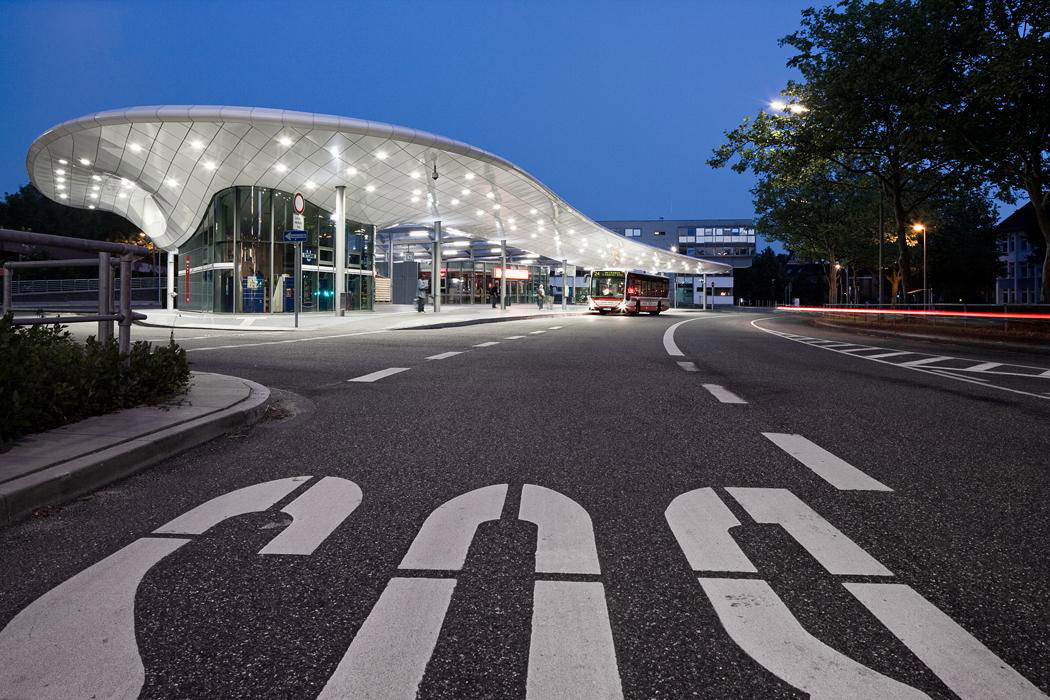 Larger than bus stops, station platforms are more focused on user experience and comfort. In addition to a high amount of foot traffic throughout the day they feature a number of amenities including restrooms, shops and waiting areas. The avant-garde Hamburg Bus Station connects the transit rail link and garage with the central pedestrian bridge and is the first design in a series of redevelopment projects for the local transportation system in Poppenbüttel. 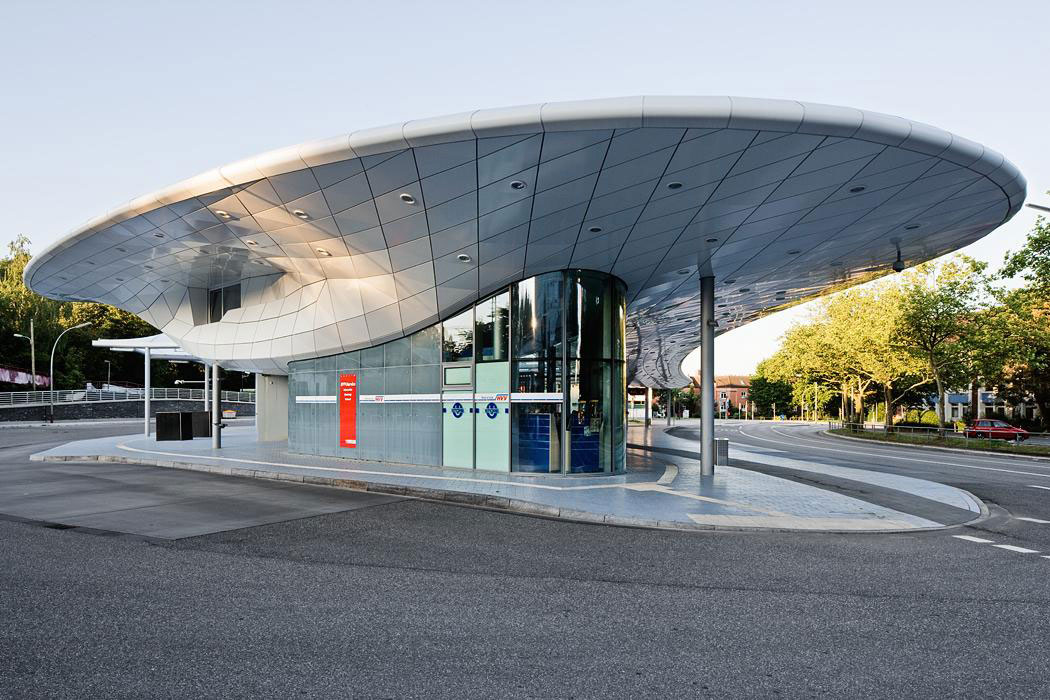 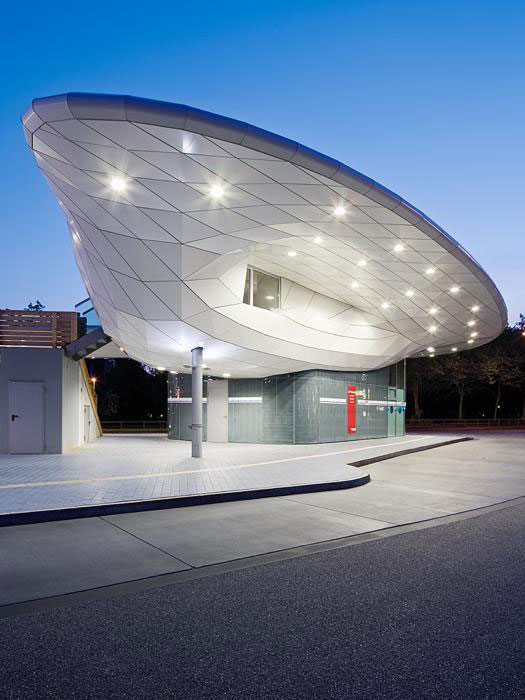 The original station was built in the early 1970s and had limited capacity, which prompted the need for modernization. Once accommodating an average of 20,000 passengers, the new design withstands over 60,000 passengers daily. Awarded “Building of the Year 2009” by the Hamburg Architecture and Engineering Association, the building has been most appreciated for its lightness and transparency.