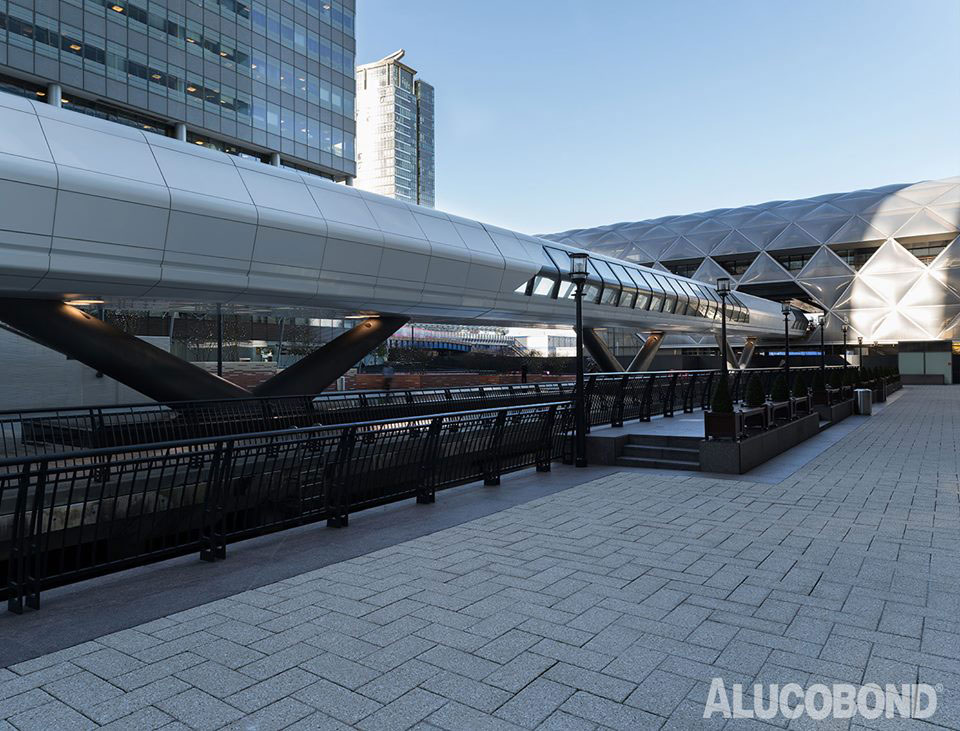 The Canary Wharf Crossrail station in London is a new development utilizing the expertise of UK architectural cladding specialists Booth Muirie Limited (BML). The team was responsible for cladding a “futuristic footbridge entrance to the new flagship station.” One of several stations in the large development, the project is located on the North Dock of West India Quay in East London. 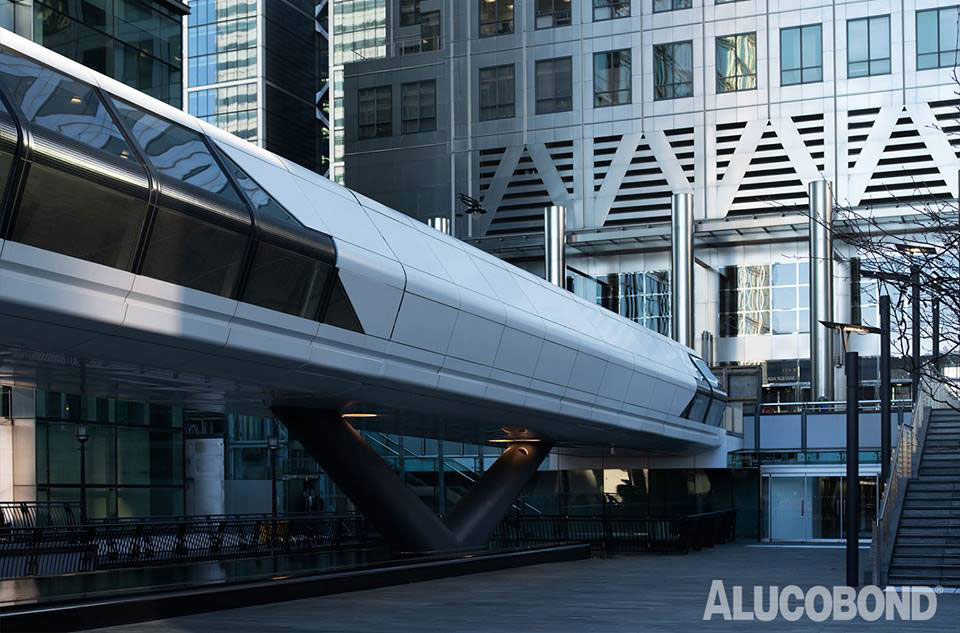 The new Canary Wharf Station is “the largest infrastructure project in Europe and will connect London from east to west, with nine new stations and 42 kilometers of new tunnels under the city,” according to Foster + Partners.
A compelling component of the project is the widely anticipated timber roof, which envelops the project’s four levels of retail, roof garden, pavilions and station entrances. Foster + Partners further explain that the complex roof “evokes the ships that once sailed into West India Dock…providing a warm, natural counterpoint to the steel and glass towers of Canary Wharf.”

The lattice was a culminating effort of architecture and engineering to develop a system utilizing ETFE cushions that fill with air, providing a material lighter than glass.

The specialists at Booth Muirie provided the exterior cladding for the new Adams Plaza Bridge which was designed by Adamsons Associates in collaboration with Foster + Partners. Interestingly, the station also houses retail space, some of which is located below water level.

Working with contractors, Lakesmere, Booth Muirie installed over 7,500 sq2 of Alucobond Plus soffit cladding system to the exterior of the Adams Plaza Bridge. Booth Muirie explains, “The specialist material was specified in white to match the overall contemporary appearance of the new station which has been designed to both complement and contrast with the surrounding architecture.” 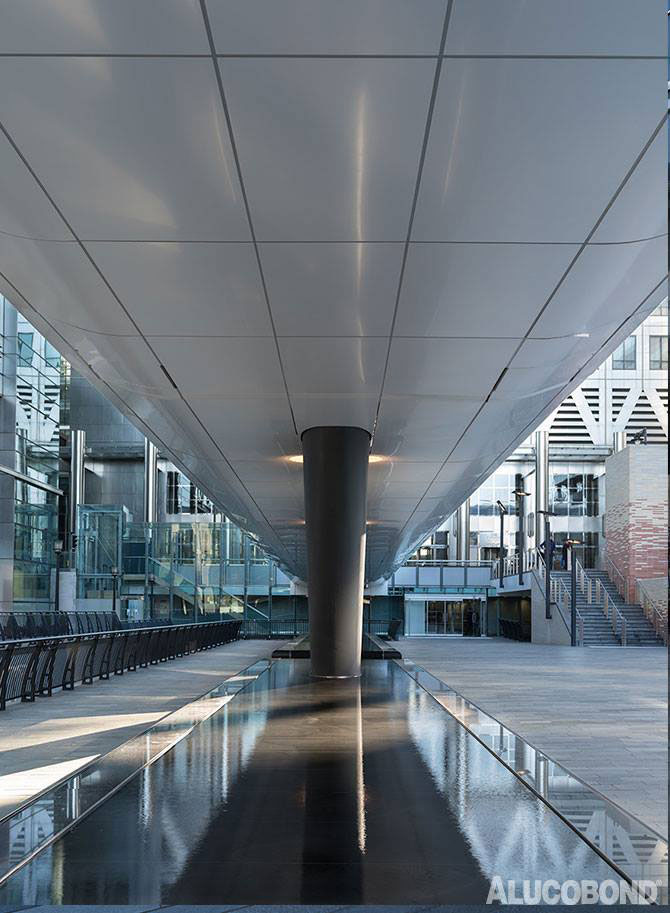 The specialists at BML further explain,
“The Alucobond Plus material is particularly popular for architectural projects due to its easy, flawless application. The lightweight, pre-fabricated panels come ready to install to speed up application time which can be crucial to the overall success of a project. The versatile material can be easily bent and folded to adapt to the shape of buildings using conventional tools whilst maintaining its original rigidity and flatness for a seamless finish without affecting its stability.”