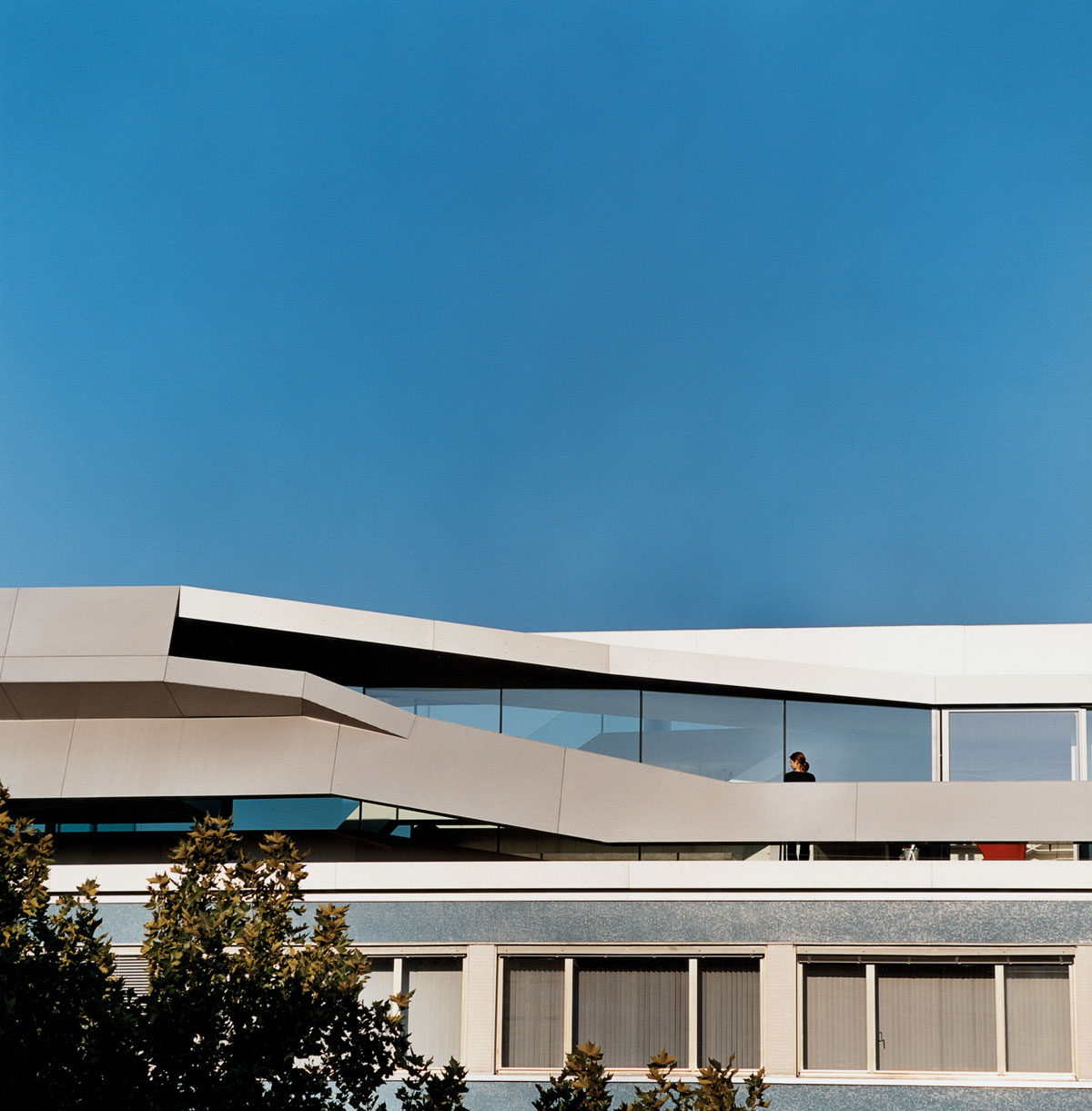 Vienna, Austria is host to rich architecture, ranging from traditional baroque cathedrals and palaces, to modern shops and apartment buildings. Delugan Meissl Associated Architects (DMAA) “House Ray 1” lies in the middle of Vienna’s rooftop district on an office building that was built in the 1960’s.

House Ray 1 is reminiscent of a futuristic spaceship seen in science fiction movies. Sharp lines and a sloping facade are juxtaposed with the buildings that it overlooks; standing boldly amongst its historic and more traditional neighbors. 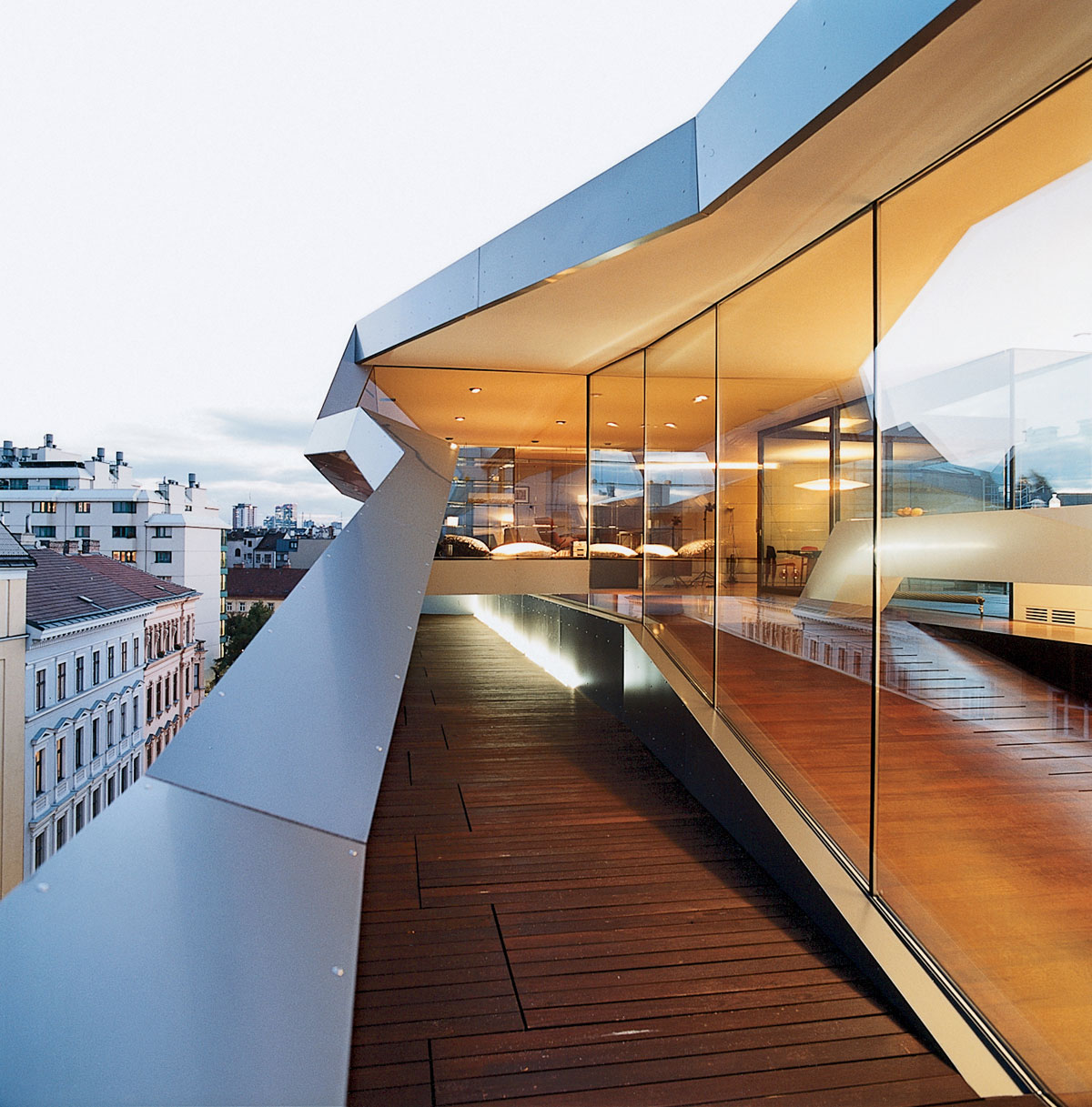 The penthouse incorporates folding and sloping into its design and functionality. This causes an illusion of a ceiling that gets gradually lower and lower. However, the floor follows the sloping and remains parallel to the ceiling.

Almost all of “House Ray 1” is built to the exact design and philosophy of Delugan and Meissl. Even most of the furniture is built into the house itself and follows the contours of the exterior. 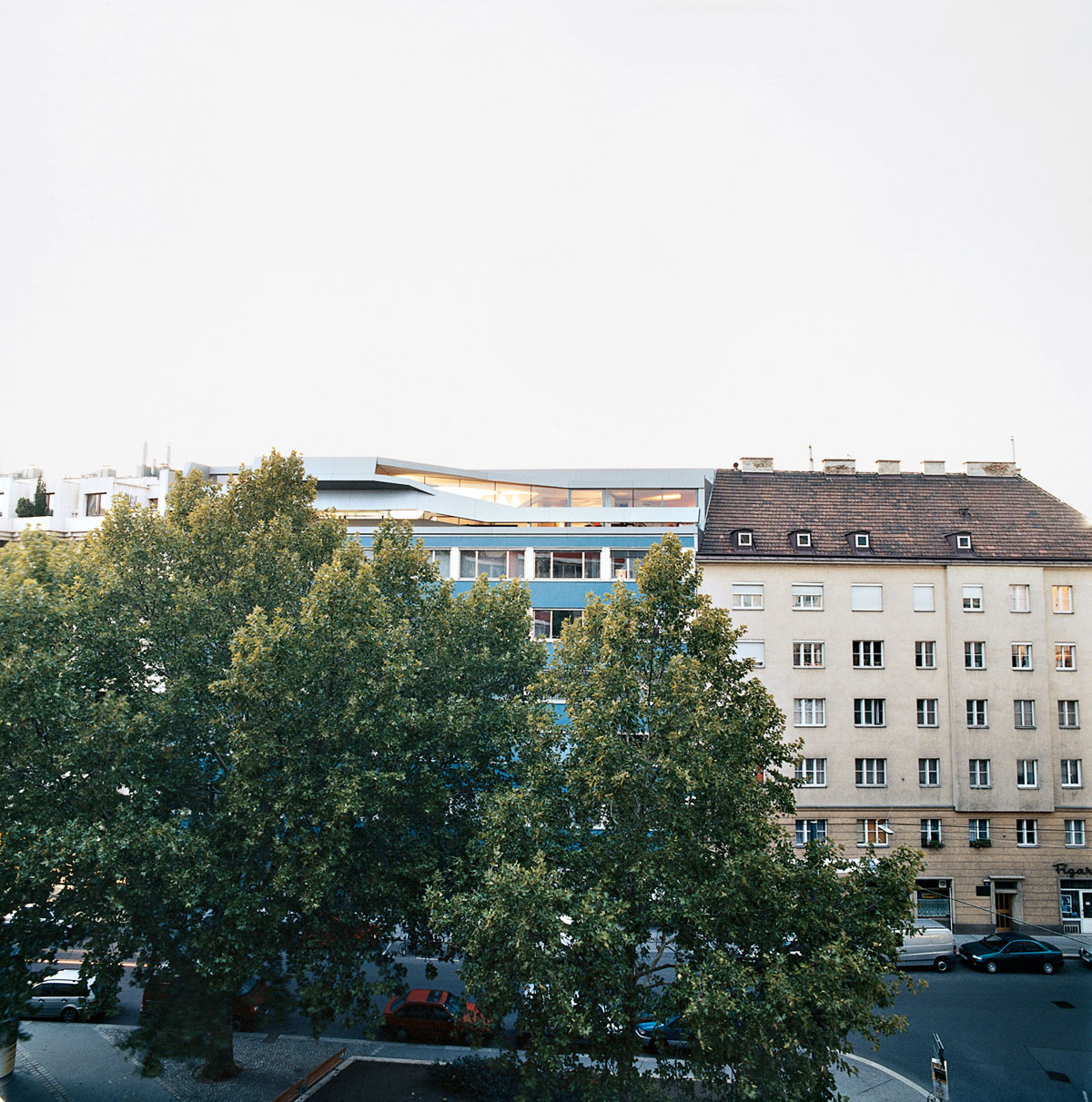 Silver Alucobond aluminum composite panels make up the exoskeleton of the home. The thin, lightweight composite material is easy to cut into shapes and are cleanly riveted in place to give the exterior sharp, aggressive lines that are characteristic of DMAA’s projects.

The aluminum composite panels also serve as blinders that encircle the glass walls, adding privacy and diverting attention to the panoramic view that the district offers. They also add rigidity to the structure as well as protection against weathering elements.

While not primarily used in residential architecture, Alucobond panels add a modern element to the exterior. 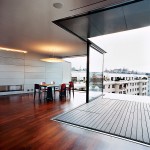 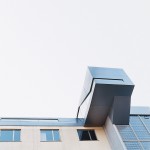 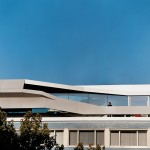 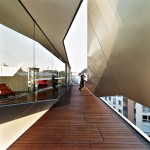 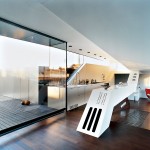 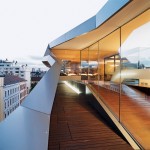 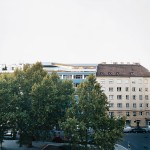