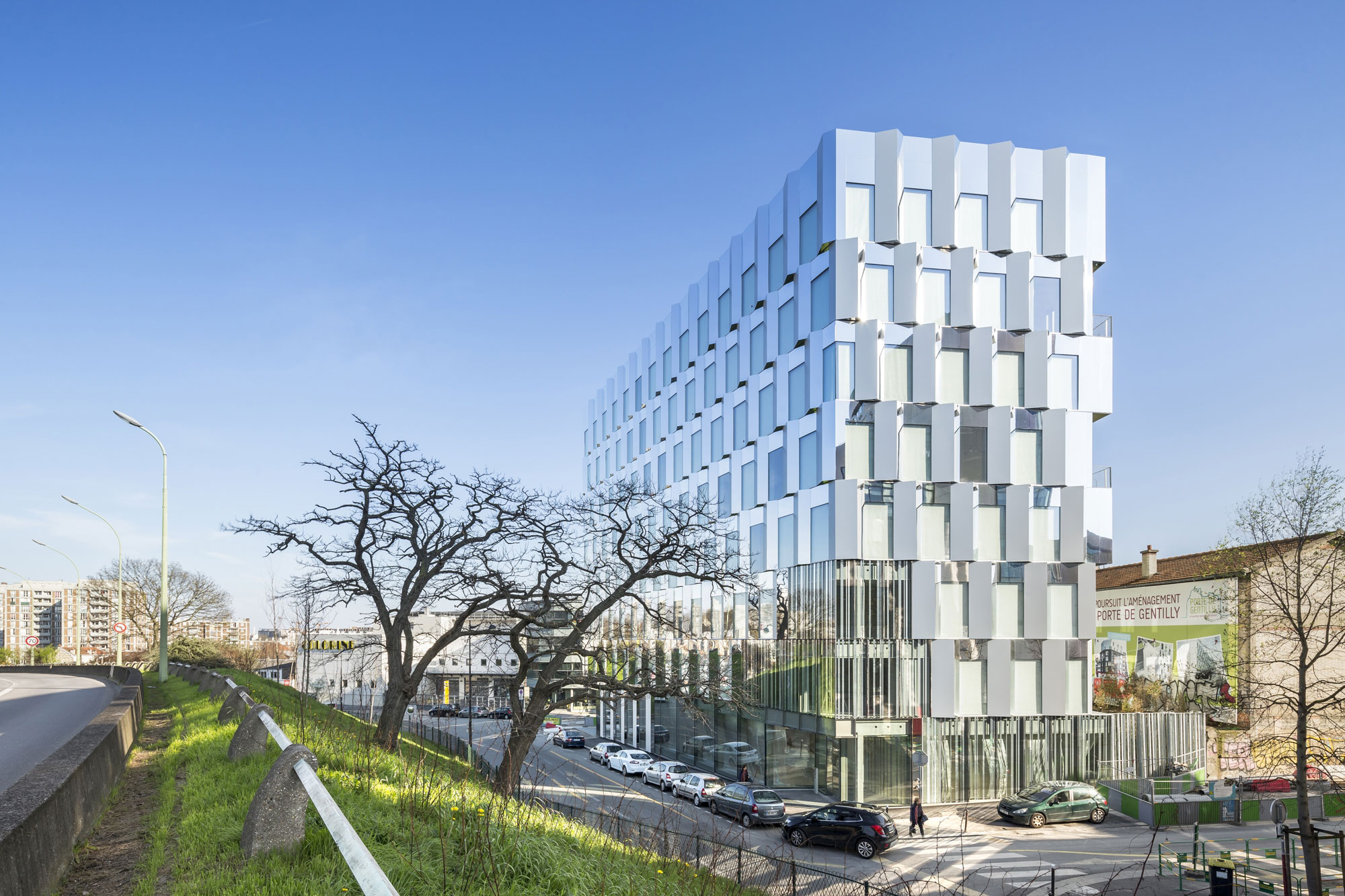 Southeast of Paris, in the Val-de-Marne, sits the captivating Janus/Riverside office building by Brenac & Gonzalez. The eight-story, nearly 56,000 square-foot complex features a three-dimensional exterior façade. The architects won the competitive proposal for the project in 2012, completing construction in 2017.

As the architects describe, “The north-facing façade is composed of steel prisms that alternate metallic frames and panels. By increasing these modules the façade creates a kinetic effect, an ambiguity that plays with perception…”

The façade is composed of a combination of Alucobond PLUS naturAL Reflect and Anodized Look. The mirrored Alucobond aluminum composite enables the exterior’s reflective properties, interacting with variants of natural light throughout the day. 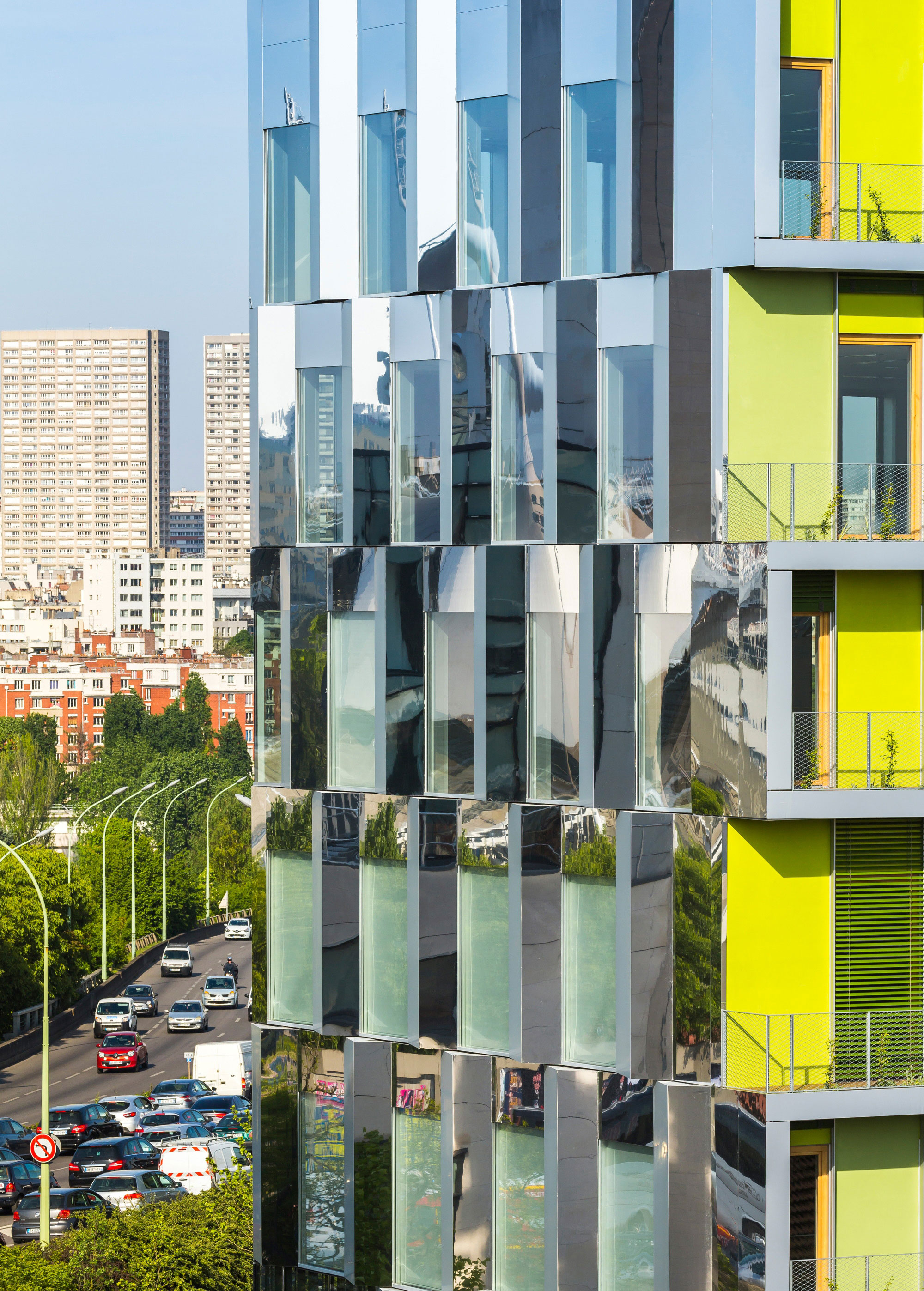 The south-facing façade showcases a more “domestic” appearance with continuous lime green balconies that further juxtapose the reflective cladding. The architects describe the purposeful use of green, “The stratification of overlapping balconies, the presence of greenery and the building’s simplified forms translates into gentleness and eases the relationship between the building and its environment which contrasts the northern façade.”

The orientation of the Alucobond panels showcases the expertise of the fabricators at TIM Composites who are known for their three-dimensional abilities also seen in the renowned Pont de Sevres Towers by Dominique Perrault. Aluminum composite’s lightweight and ease of fabrication allows for its manipulation. The ability to transform a flat panel into a bulbous architectural form is the result of the competence of the fabricator as much so as the talent of the architect who designed it. 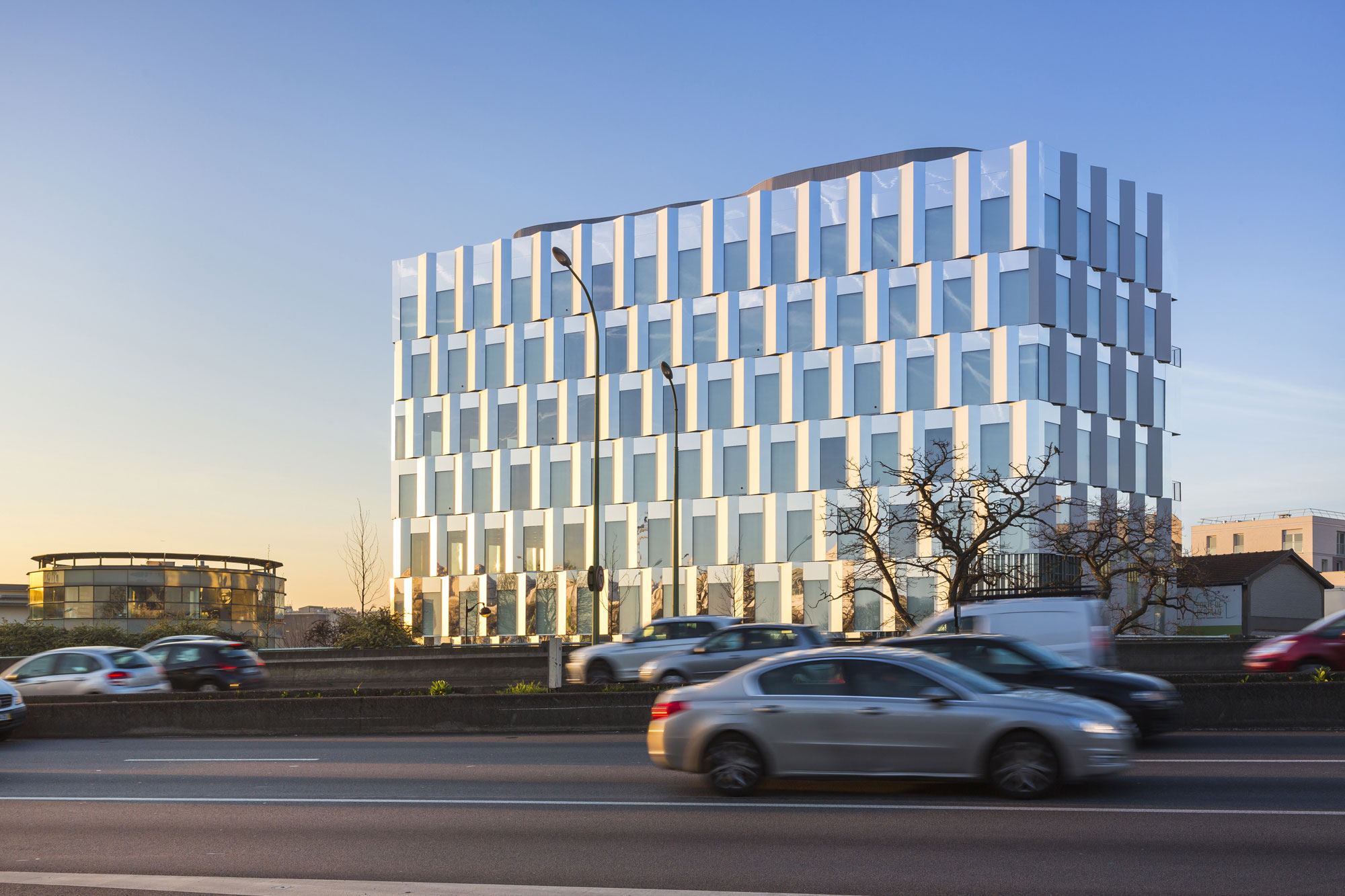