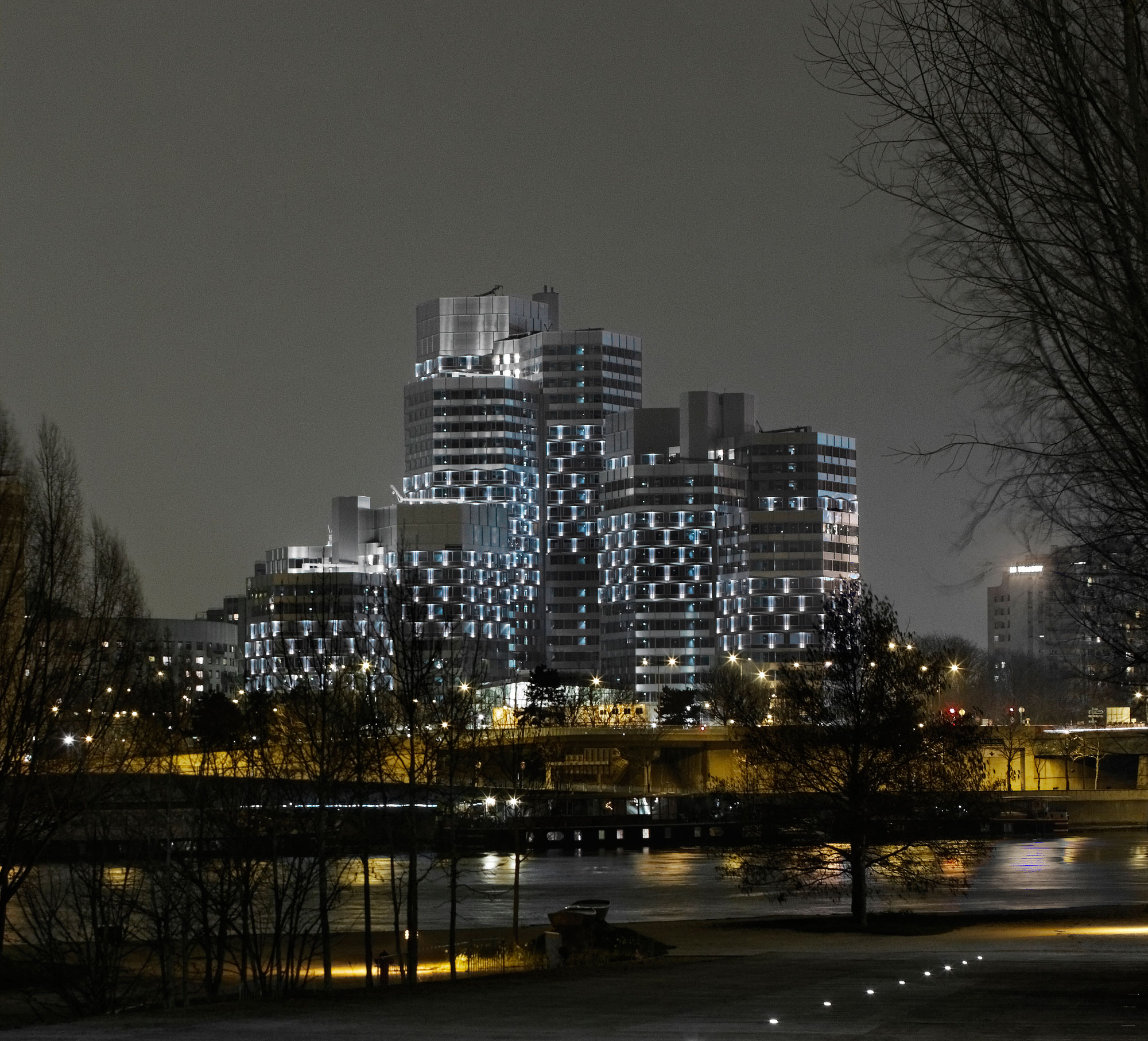 A cluster of buildings stand at varying heights shining lights from all angles like a grand illumination in the Boulogne-Billancourt city of France. The Pont de Sèvres Towers aptly renamed, “Citylights,” are part of a complete refurbishment project in the western suburb of Paris, France. The original structure by French design duo, Pierre Roux-Dorlut and Daniel Badani, was built in 1975. But, as the decades passed and the area modernized, Dominique Perrault was commissioned to renovate the isolated buildings into an interconnected and modern design. 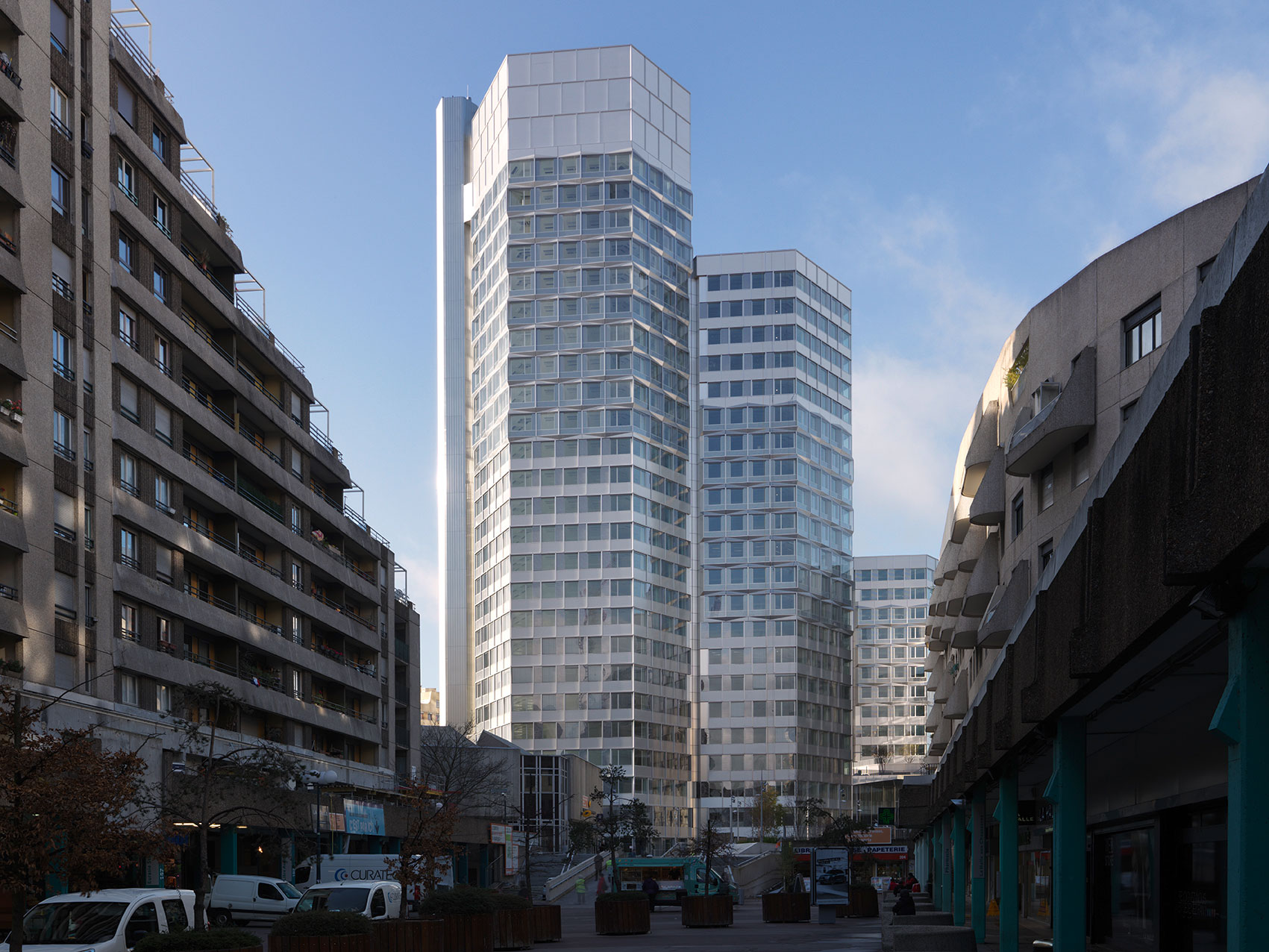 Showcasing the city’s trend towards innovation, the architect specified Alucobond aluminum composite material for the building’s exterior. The materials chosen, products from the Alucobond NaturAL line, have a reflective quality, allowing the material to virtually disappear into the backdrop of the city center. Uniquely fabricated by Tim Composites in a three-dimensional technique, the structures are given a captivating depth. With the help of project engineer, Goyer, the three-dimensional folded façade was realized. The aluminum material reflects the innovation of the architect’s design and the metropolis as well. The dimensions act like mirrors, reflecting the many lights illuminating from the building’s interior. Due to Alucobond’s durability, lightweight and malleability, the structure of the façade is uniquely possible. 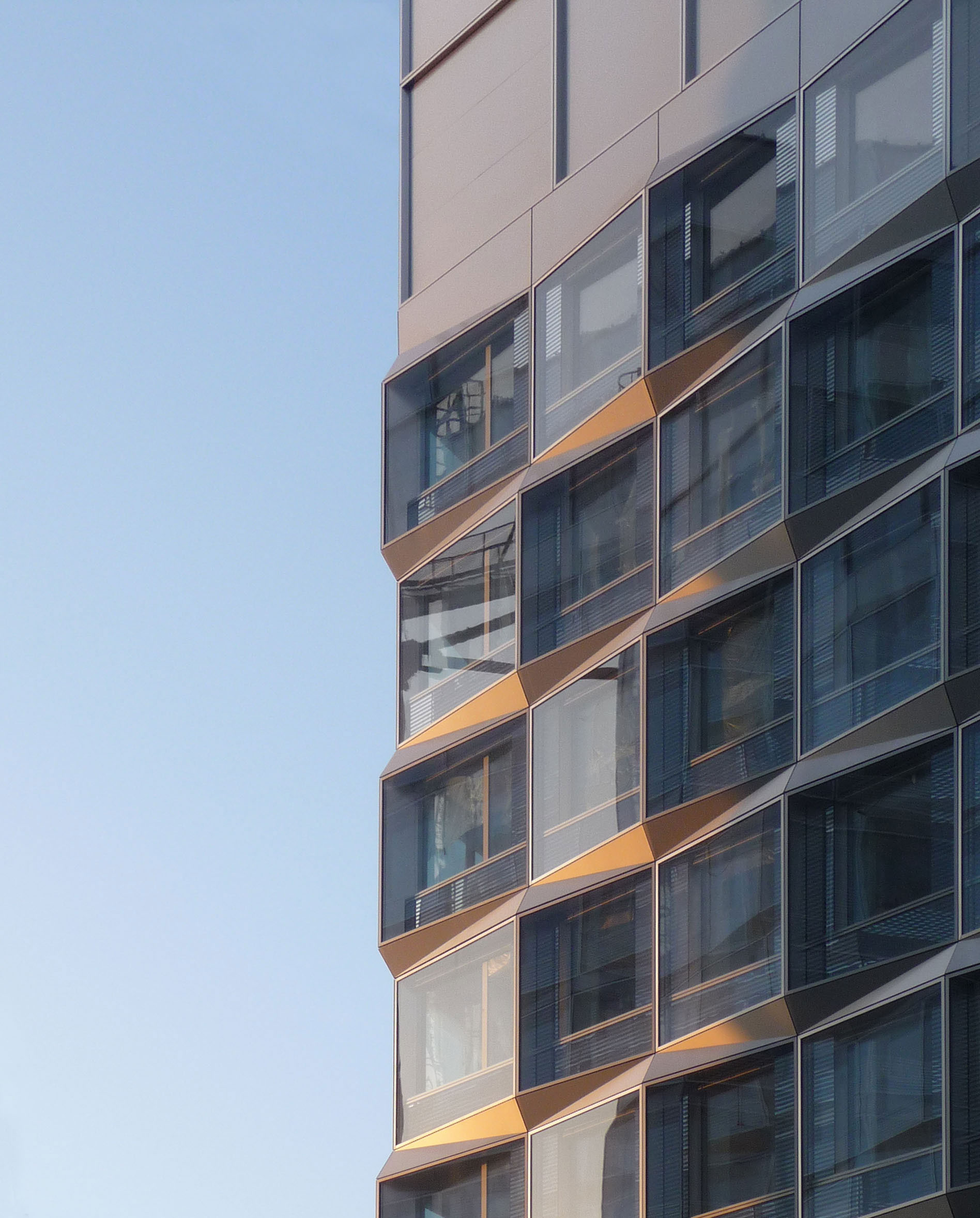 The site now connects directly to the public transport system with a metro stop directly outside the building. The towers’ connectivity plays an integral part of an expansion towards Grand Paris. Further connecting the city and the buildings, the towers are now entirely linked through a grid of pedestrian walkways. Where once there were empty Renault factories surrounding the towers, there are now refurbished commercial and residential buildings. 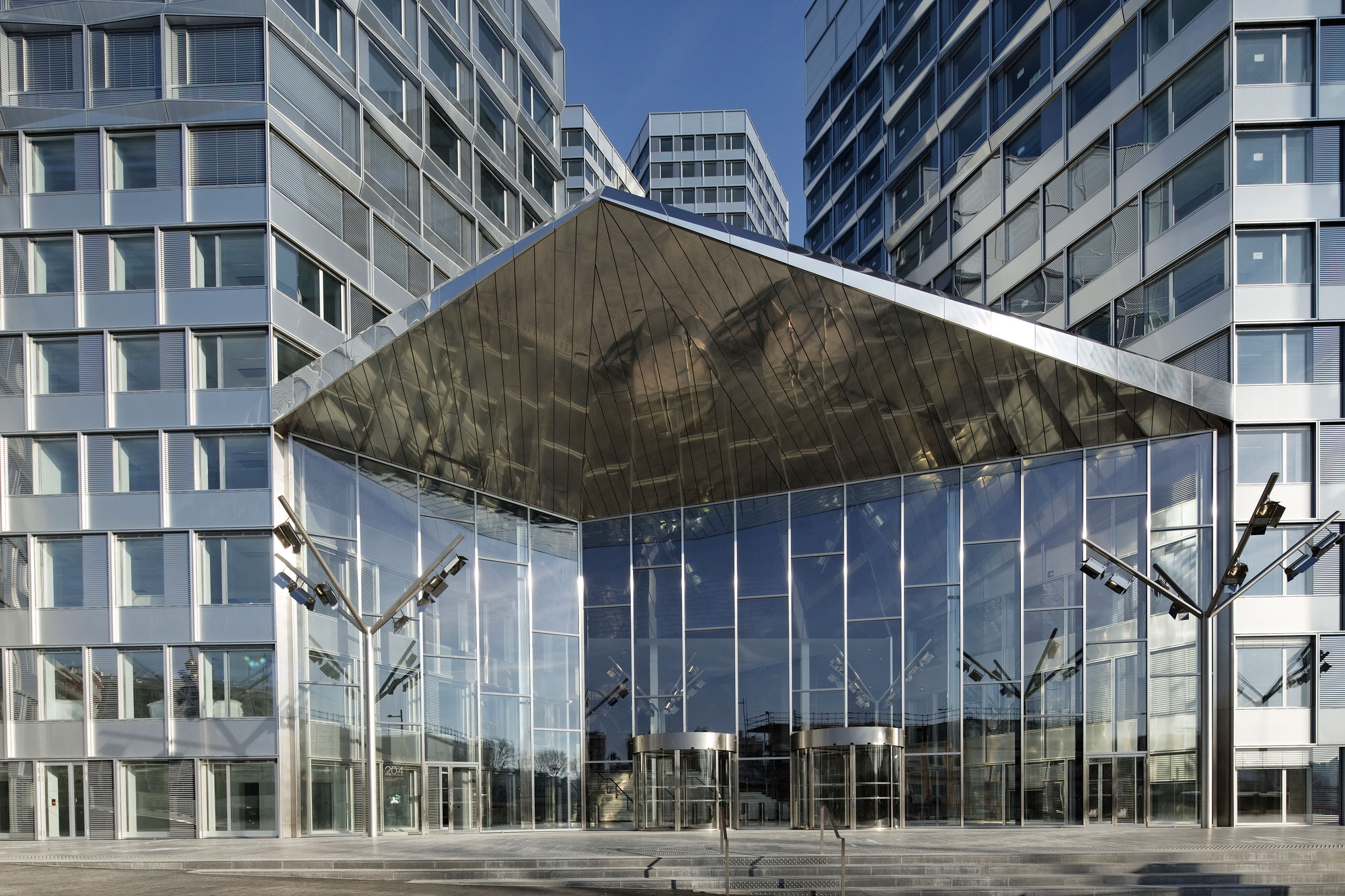 Spaces conceived to interconnect between the buildings include a large plaza, sidewalks, and gardens. The success of the newly renovated towers is due, in large part, to the contemporary amenities of communal spaces and reception areas, fit for a modern work environment. In addition to the communal spaces, each tower boasts a hexagonal floor plan that offers 360-degree views of Paris and the nearby suburbs and receives direct sunlight in each workspace. 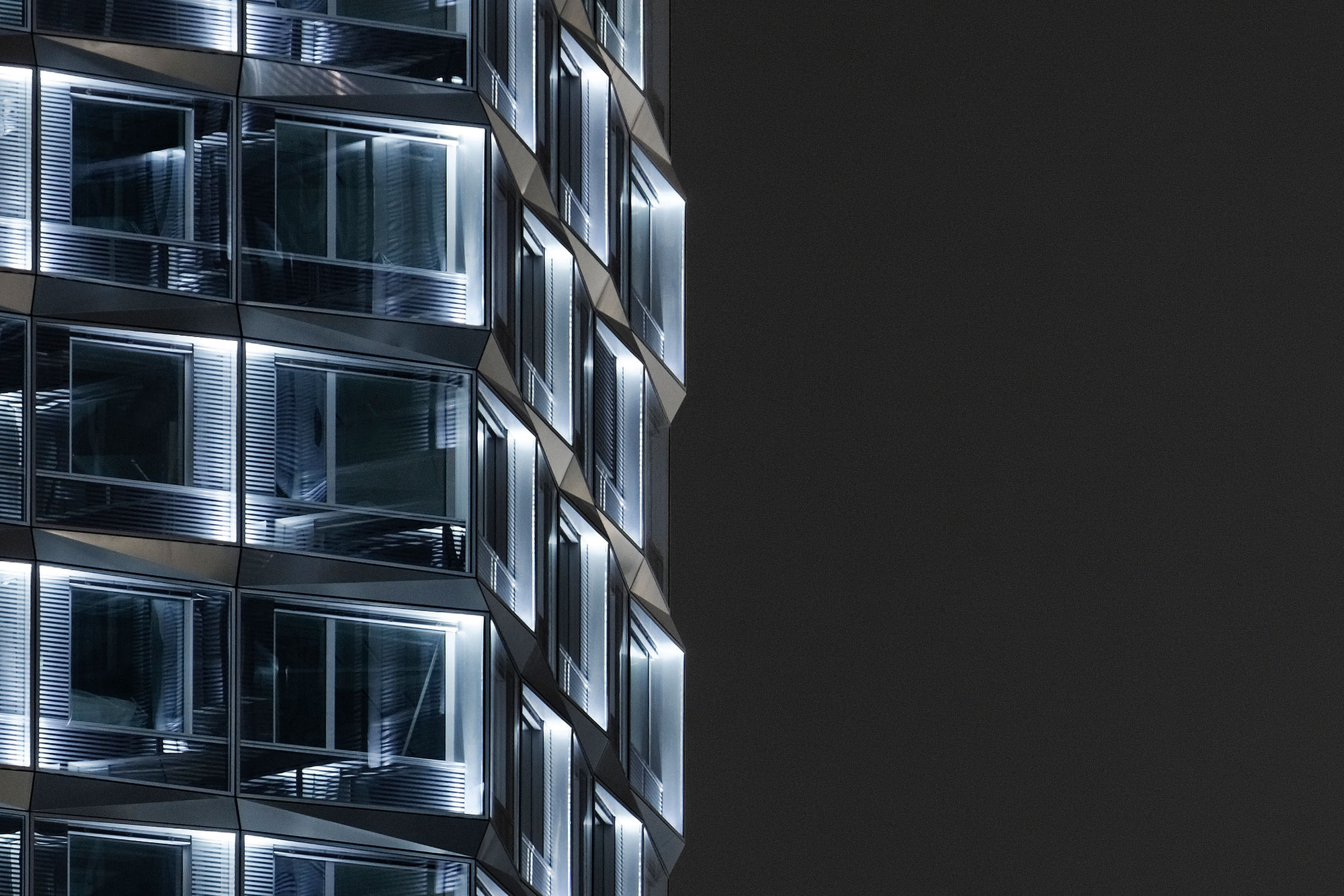 With the original structure taking on a density that is not seen in today’s modern design, the project had the unique task of respecting the site’s historical value, while also emulating the design, cultural and sustainable trends of the era. With that, the architects, engineers and fabricators created a series of structures that boast the innovative nature of building design.