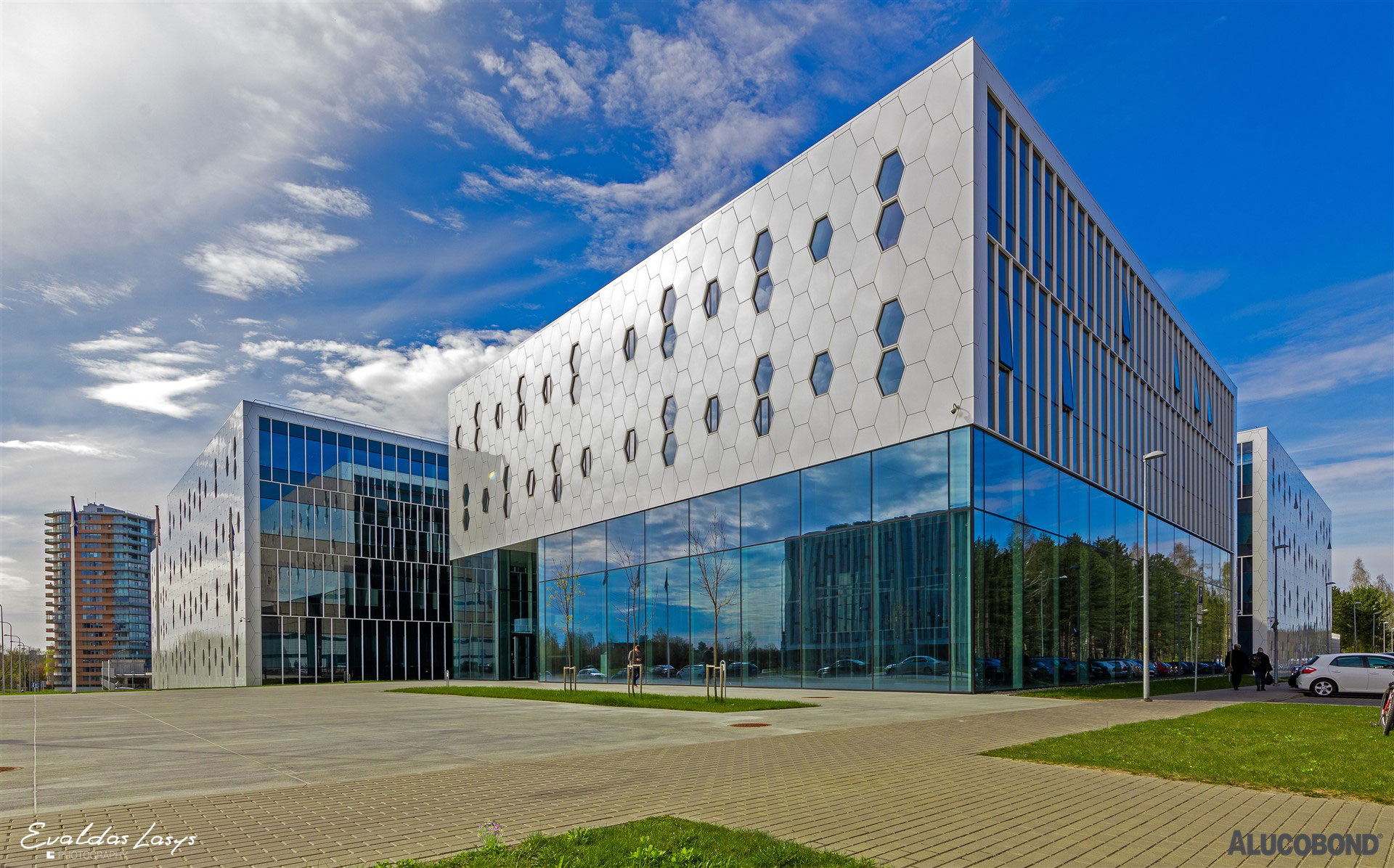 The architects at AKG designed the National Centre of Physical and Technological Sciences (NCPTS) at the University of Vilnius to emulate the building’s purpose. The project, in Lithuania’s Saulėtekio Valley, was inspired by chemical formulations, which were mimicked in the hexagonal façade. 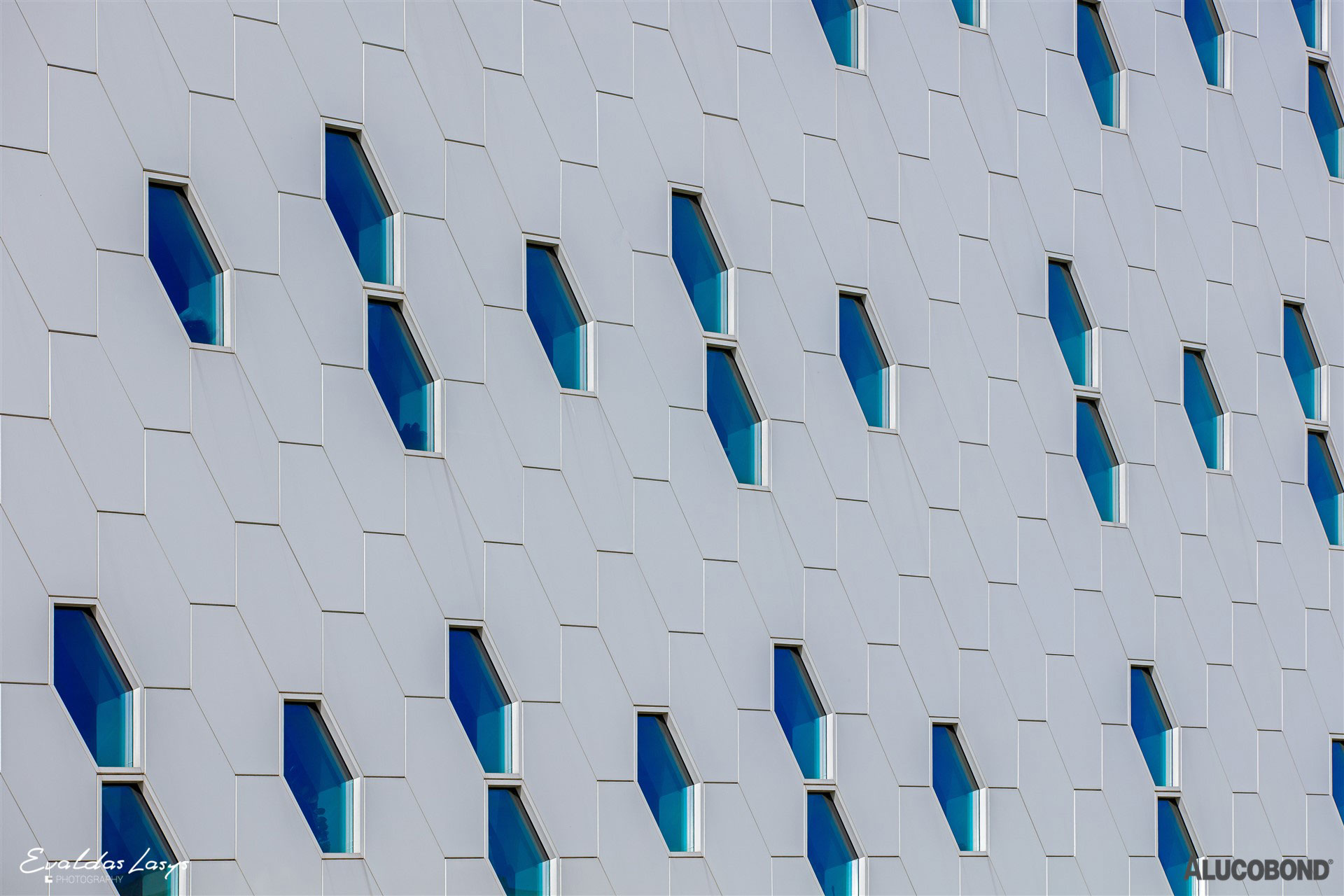 In an article by Reynaers, the manufacturer of the windows, curtain wall, and various interior elements, they describe, “Distinguished by its architecture, the building’s form and spatial planning are united from interior to exterior by a common element, the hexagon chemical structure commonly found in science. 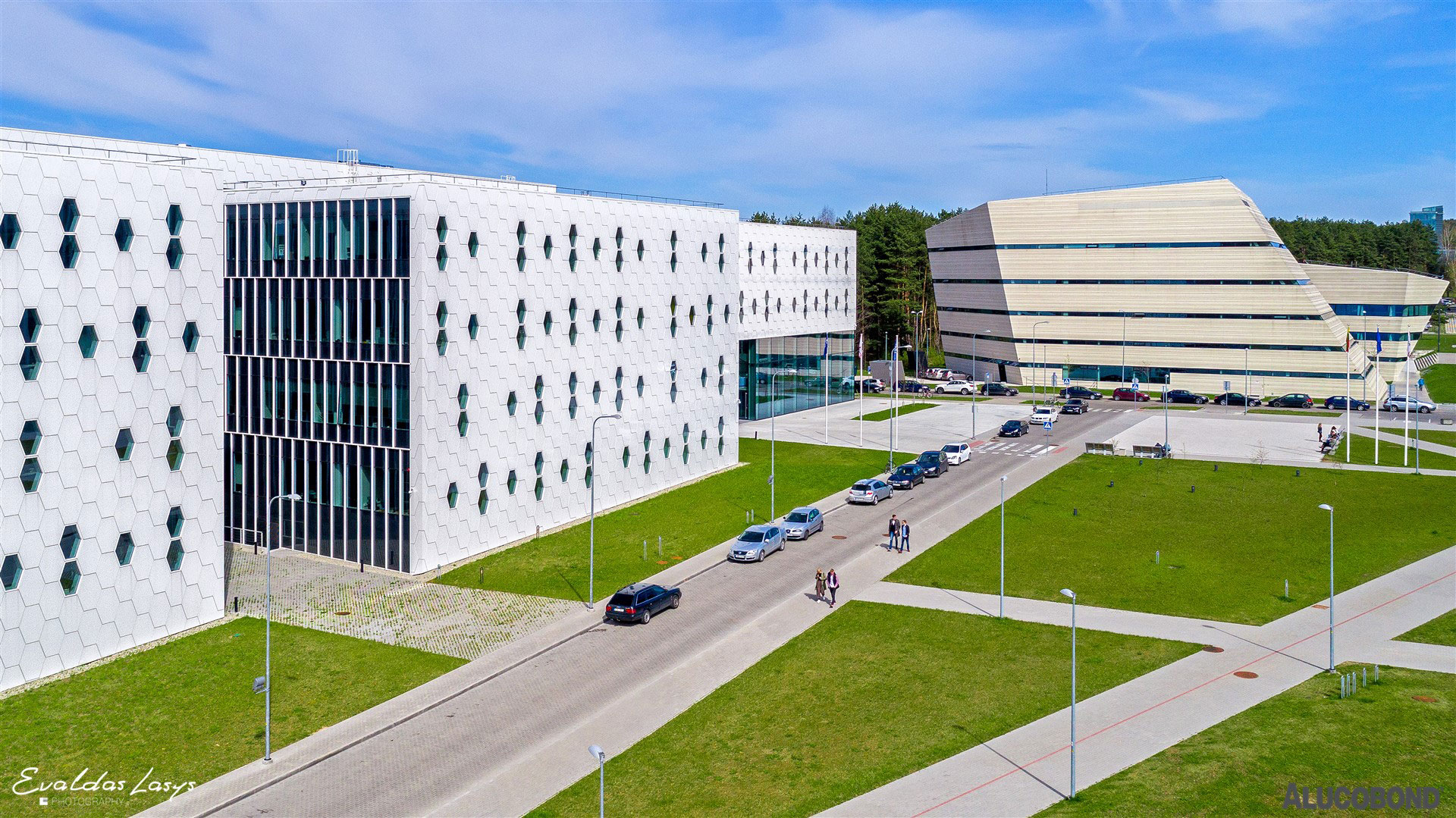 The science-minded building hopes to attract a generation of science enthusiasts by offering a technologically advanced research facility. Its opening in 2016 marked a momentous achievement providing the Baltic States most advanced center of physical and chemical sciences. The nearly 300,000 square-foot state-of-the-art facility expands five, four-story buildings with hundreds of laboratories and flexible office spaces. 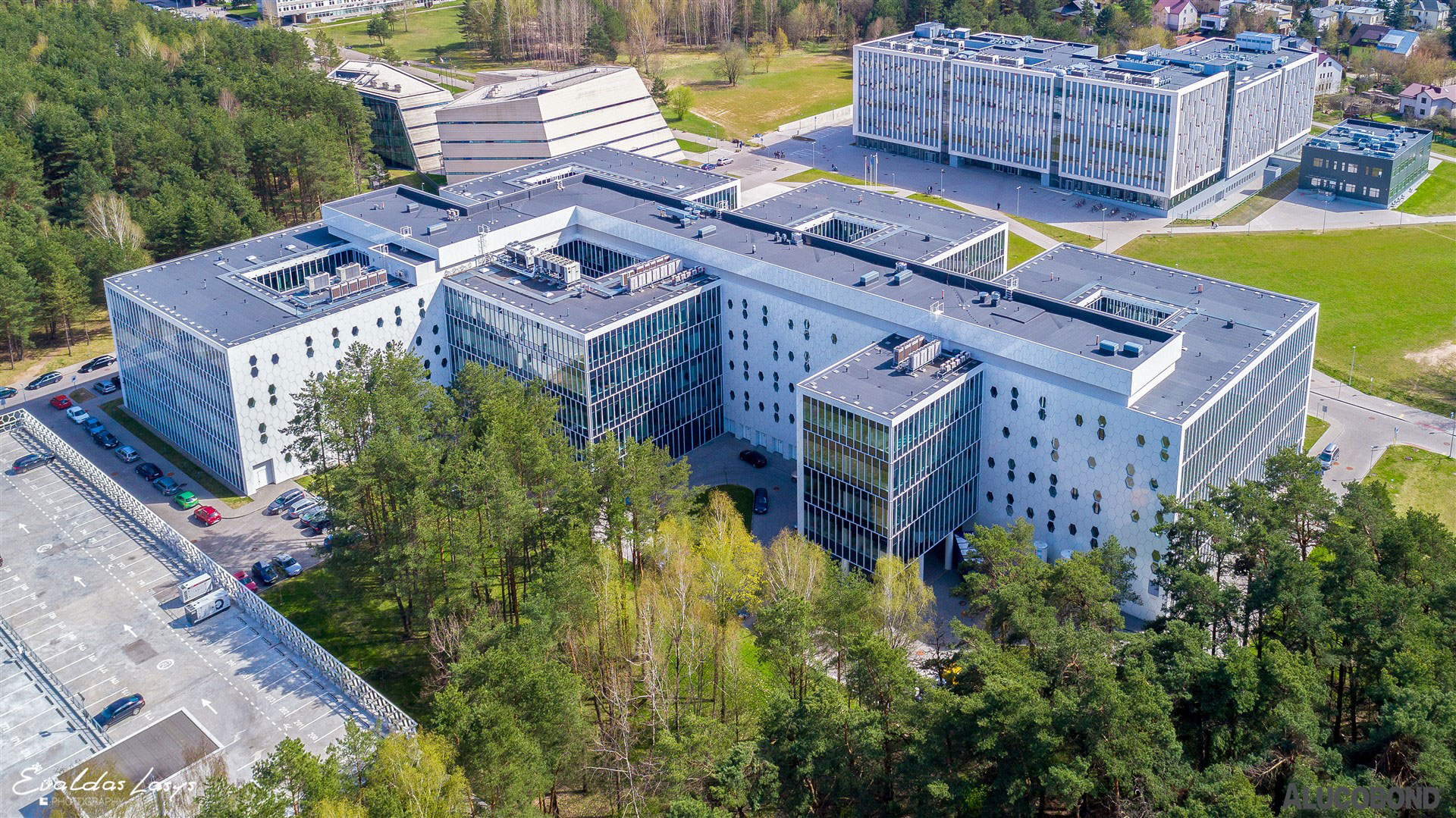 The exterior hexagons were fabricated using Alucobond PLUS Sparkling White Silver. The honeycomb-like design that envelopes the exterior flows thru the interior to create further cohesiveness. Project architect, Remigijus Bimba of AKG describes, “In this project, space planning transfers to the building’s exterior and reflects the spirit of innovation and the progressive attitude of its occupants. The building is designed for science, therefore we used a hexagonal chemical structure as the dominant element for the buildings exterior and interior.” 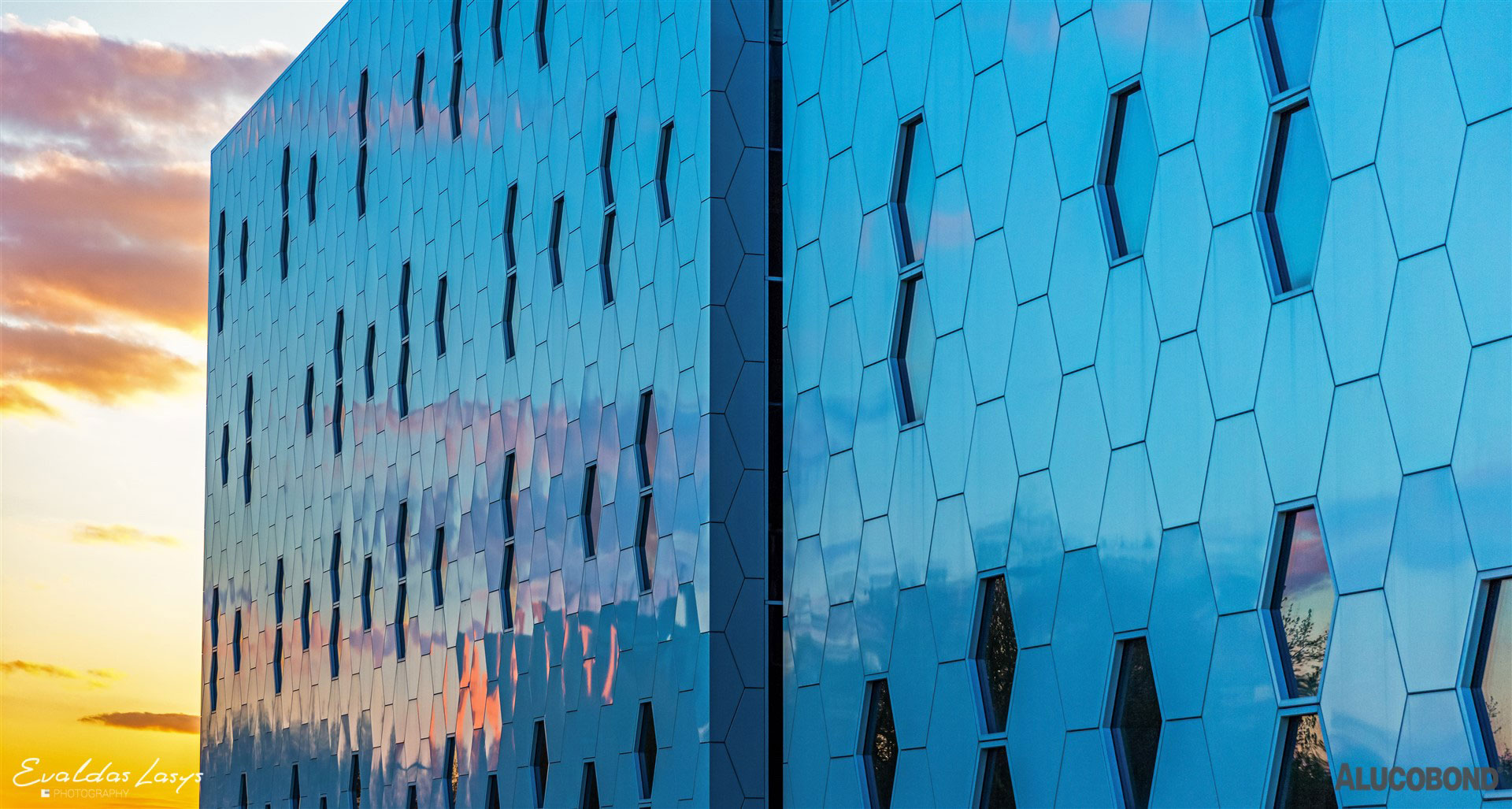 Bimba further explains, “In the scientific world, hexagonal units are connected vertically and horizontally to form primitive cubic shapes. Architectural space planning is similarly modular, with geometric arrangement in plan drawing parallels with the structural model of an atom.” 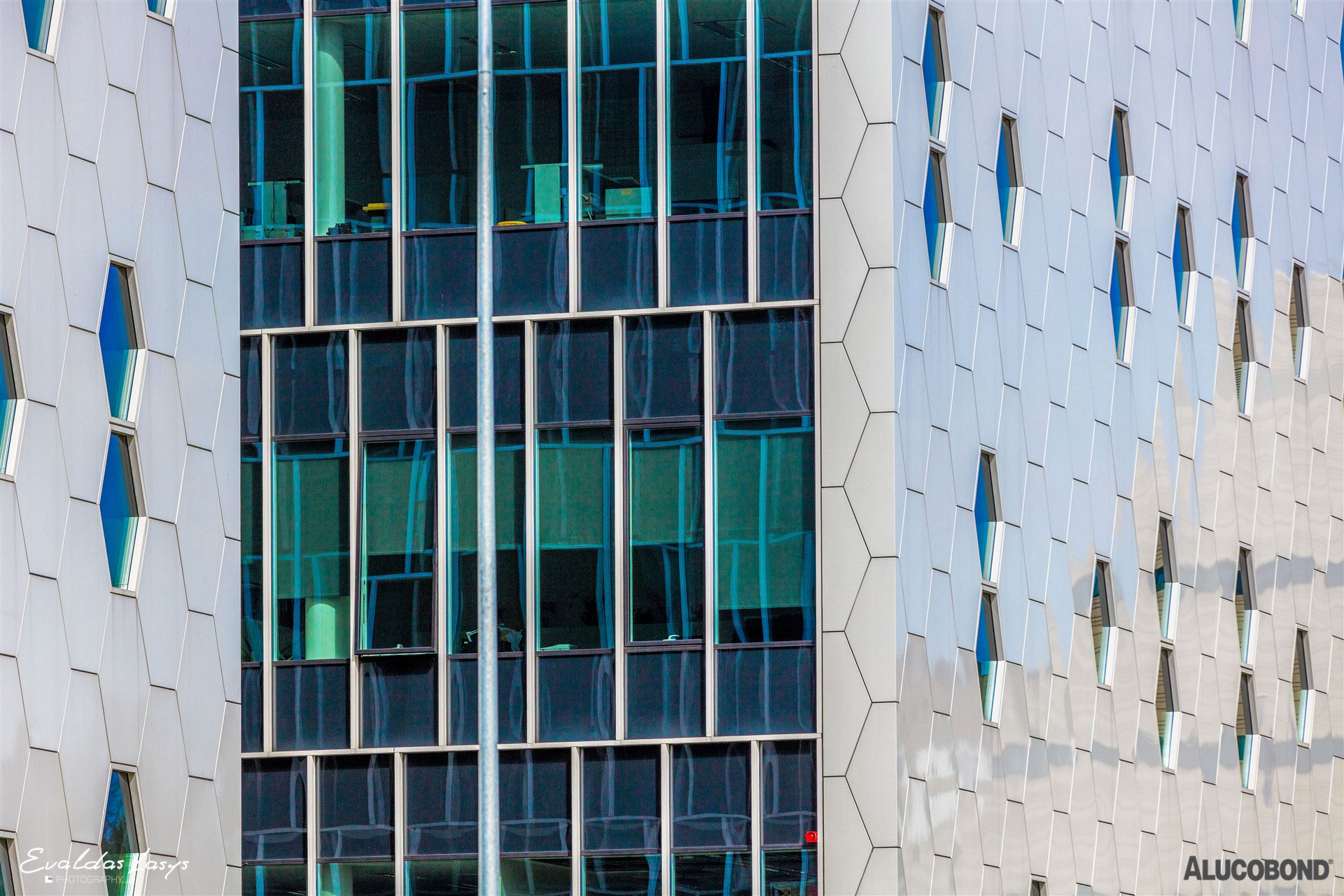 The silvery white Sparkling exterior offers an iridescent façade changing and manipulating appearance based on focal point, weather, and time of day. The prismatic nature of Alucobond Spectra finishes offers a dynamic appearance, one that is ever changing and interactive.