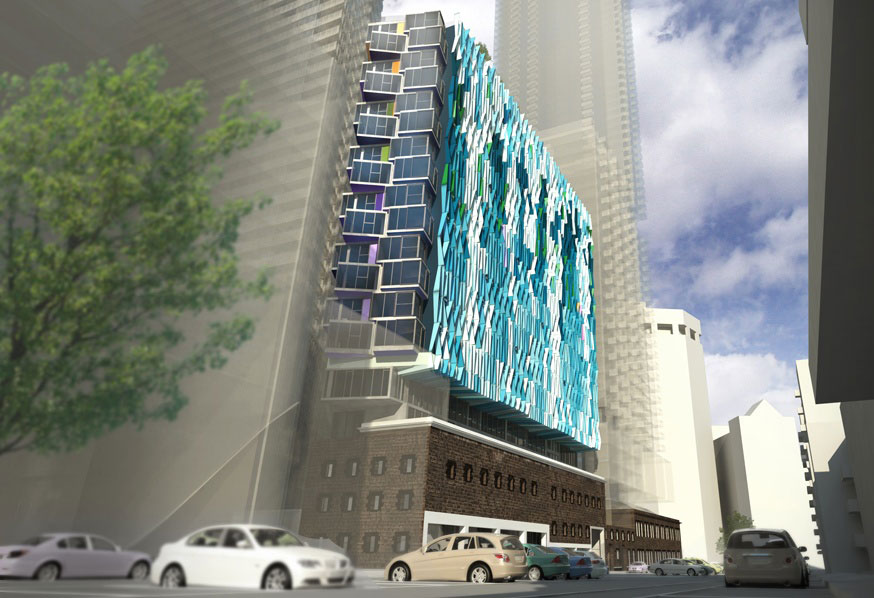 The Bouverie Street apartments in Melbourne have a playful identity. Developer Grocon who commissioned the architects at studio505 for the design spearheaded the project. With over 200 residential units, boutique retail outlets and entertainment areas, the mixed-use façade is valued at over 100 million dollars. 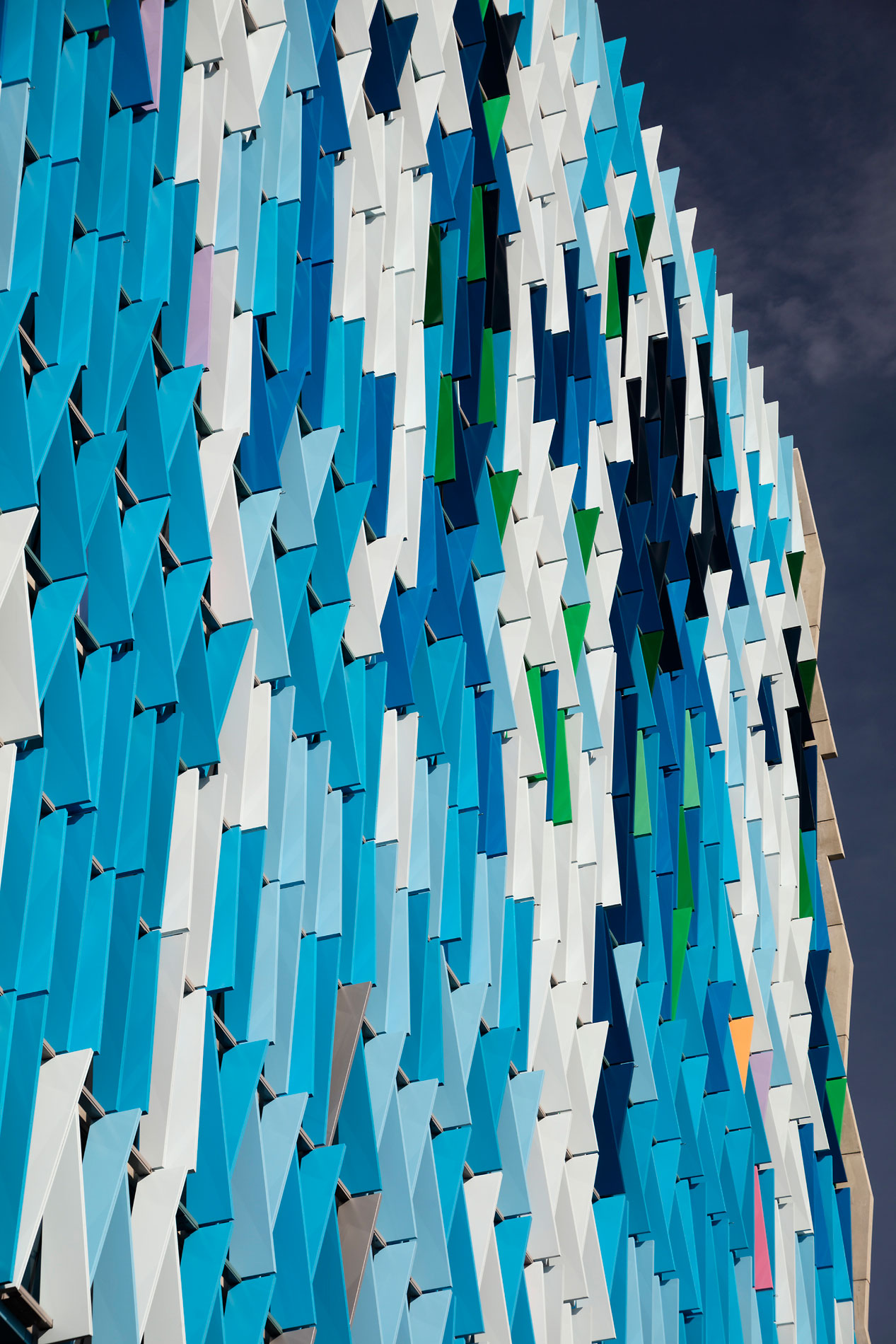 The striking exterior was achieved utilizing multicolored aluminum fins, arranged in a series of patterns to give the appearance of a waterfall. The architects describe, “Each apartment that faces West sits behind a cascading waterfall inspired façade, made up of colored aluminum fins, which offer shade and a refuge from the hot afternoon sun.” The fins were fabricated prior to shipment to the site, making installation much smoother.

The project utilizes an abundance of Alucobond PLUS aluminum composite panels in various custom colors. 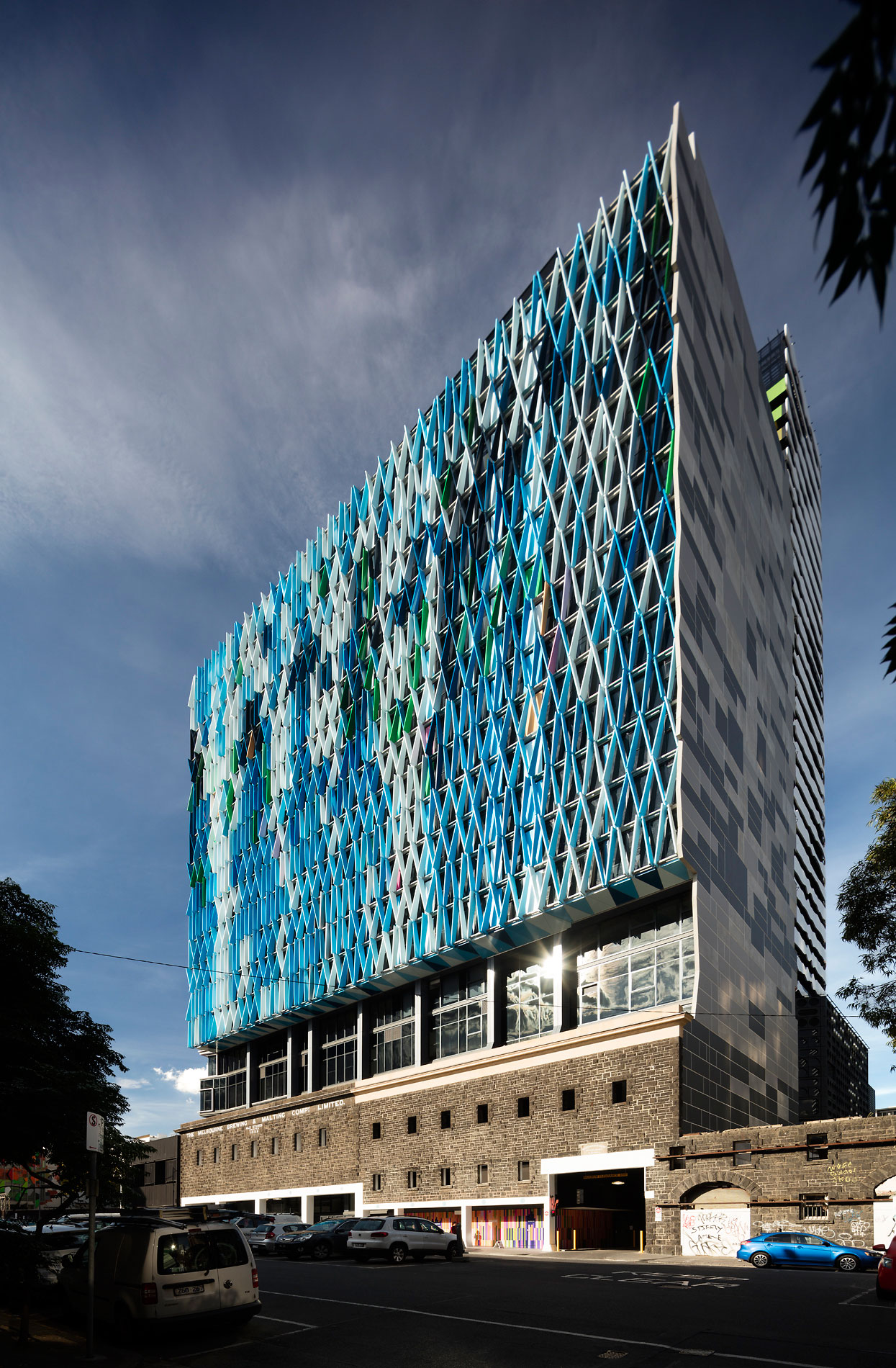 The residential tower is located at the top end of Swanston Street at the old site of the Carlton United Brewery. The location was important, as the architects further explain, “[the area] is set to become a unique project in Melbourne’s urban scheme, as the terminator of the Axis to the Shrine of Remembrance.”

The development uniquely had an adaptive approach where the designers, in addition to all new construction, retained and refurbished the bluestone walls of the former brewery.

The project’s builders and one of Australia’s largest construction companies, Probuild, explain, “Complementing this already impressive building is the external and architecturally inspired Wintergarden area, activating the public space between the Bouverie Street Apartments and the adjoining Swanston Square building designed by ARM Architecture.” 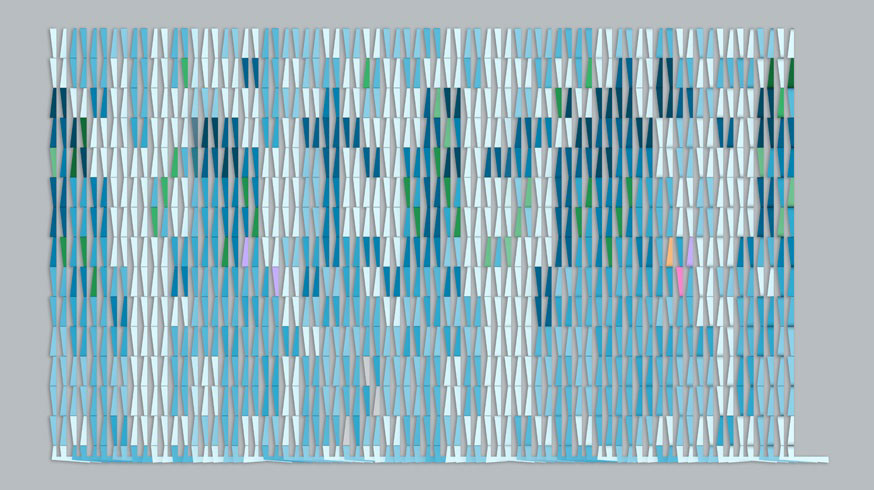 Building within an established urban environment can be a difficult task. Studio505 took a risk in their design by utilizing a playful and naturally inspired, yet abstracted, exterior. The kaleidoscopic nature of the façade, with three-dimensional aluminum fins, allows a unique perspective of the building at every angle.