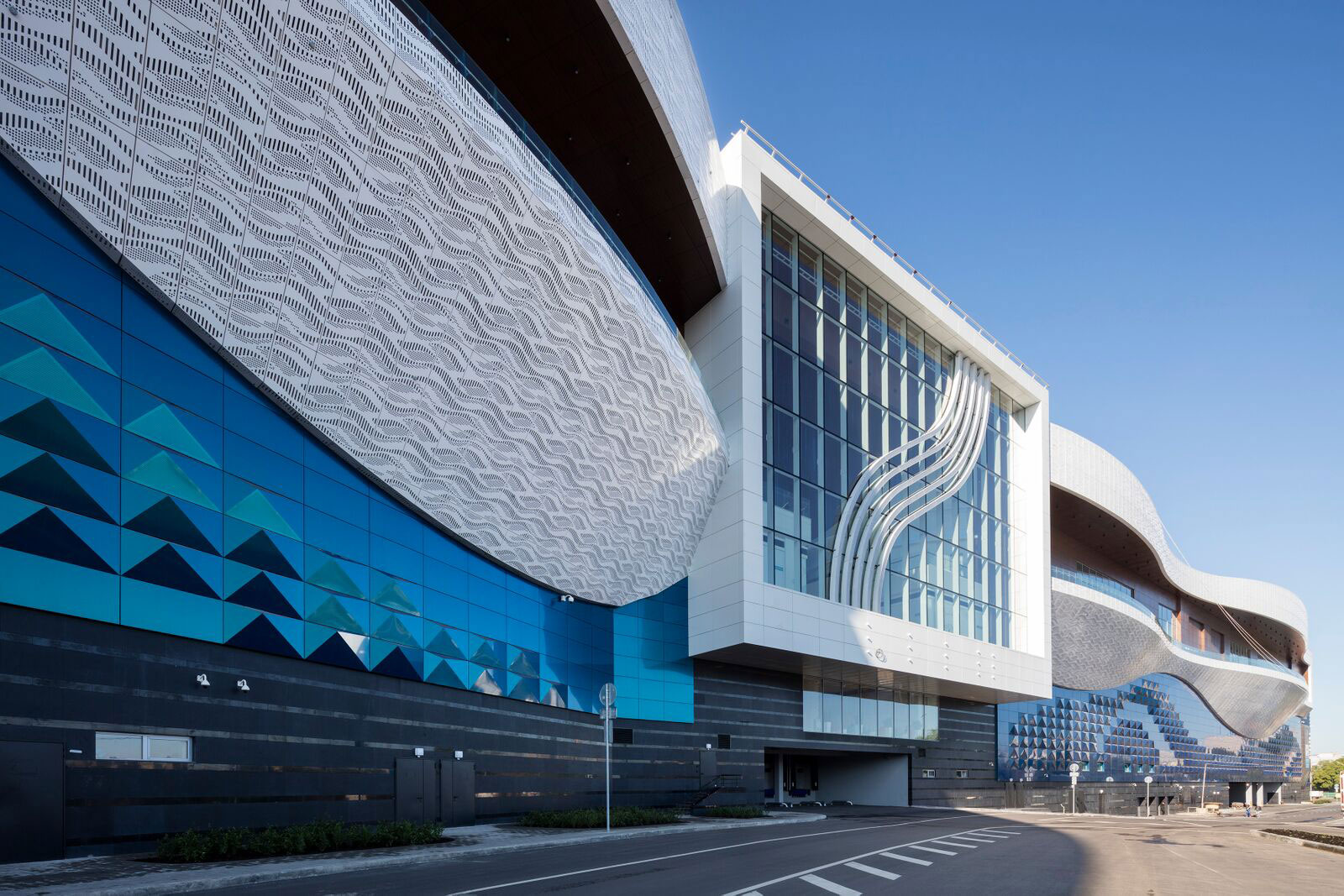 The nearby Pakhra River inspired the design for the Riviera Shopping Mall and Entertainment Center in Podolsk, Russia. The colossal retail complex is nearly 915,000 square feet and features a variety of fashion, leisure and dining experiences. Designed by LA-based architectural firm 5+design, the team describes, “The overall site (40 ha) possesses excellent visibility from Simferopolskoe highway that generates more than 80,000 cars daily…Anchored by an international pool of tenants, this 85,000 square meter retail development will definitely become a destination point not only for Podolsk citizens but also for its satellite towns and surroundings.” 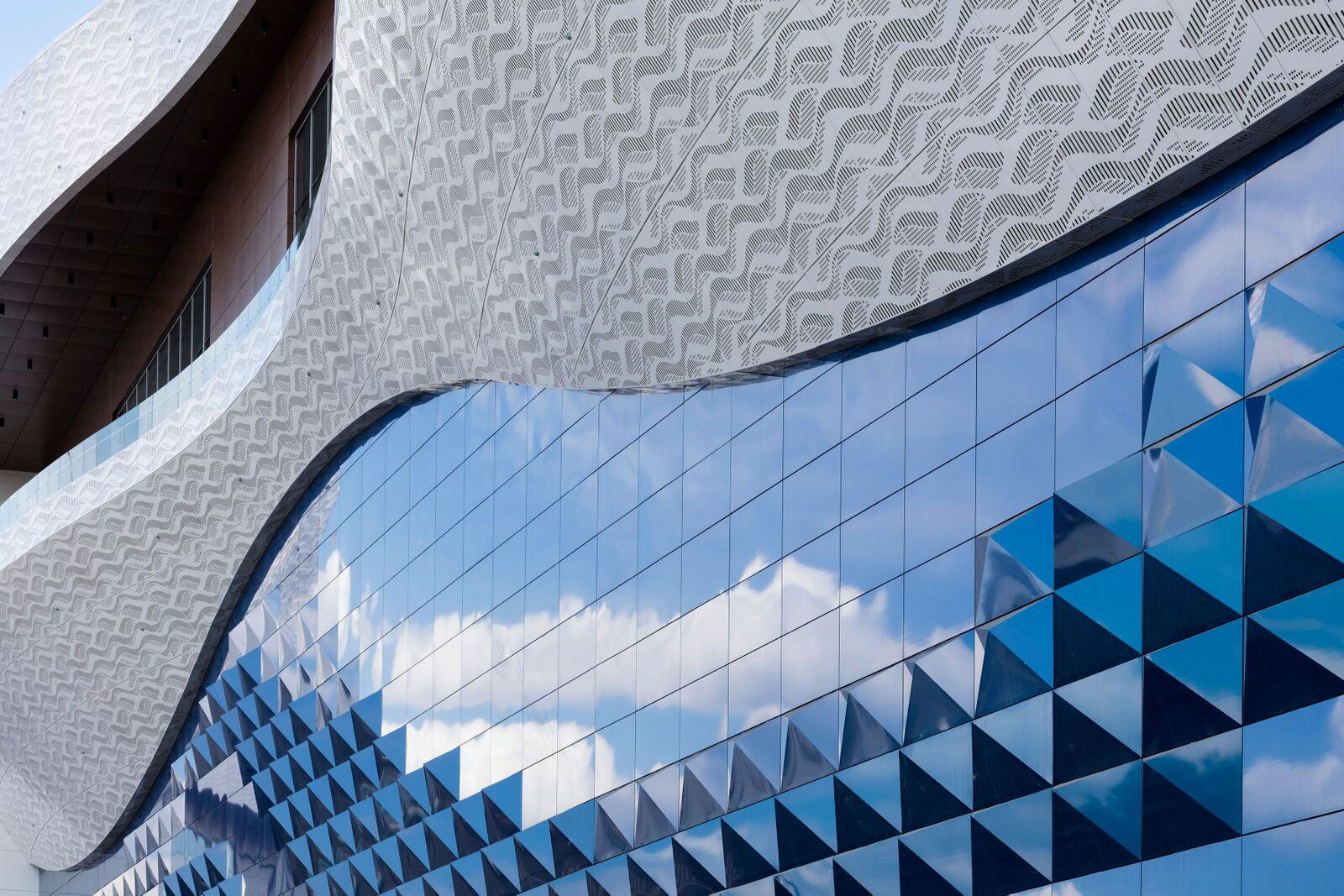 The project’s façade features a compelling mixture of fluid architectural materials meant to entice passerby with its interactive exterior. The mall’s design was inspired by the neighboring river, mimicking water’s interaction with light. 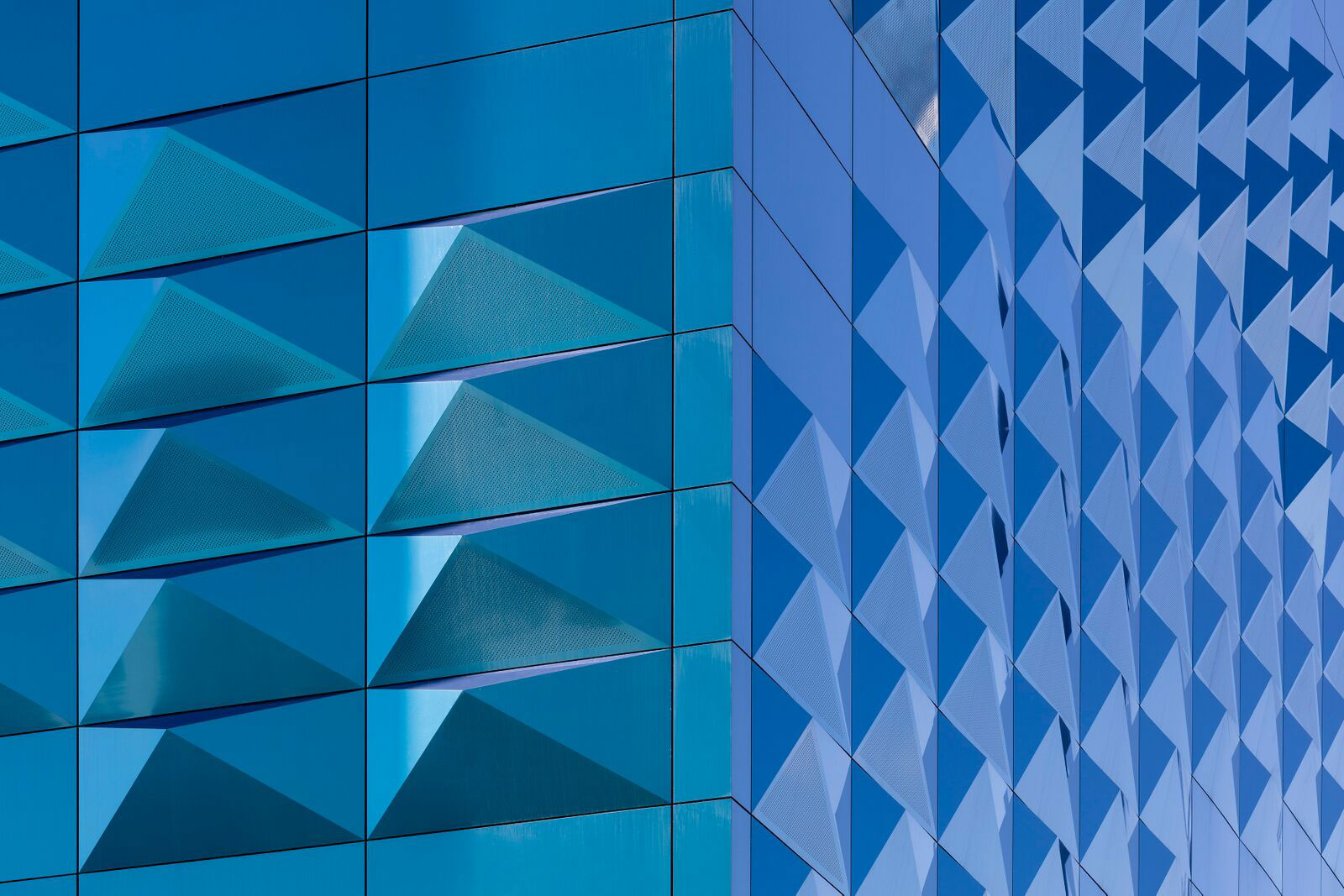 The architects specified Alucobond aluminum composite material in the iridescent finish Spectra Ocean. Becoming an organic form in the industrial city, the Alucobond panels are oriented in a wave-like pattern, further evoking the movement of flowing water. 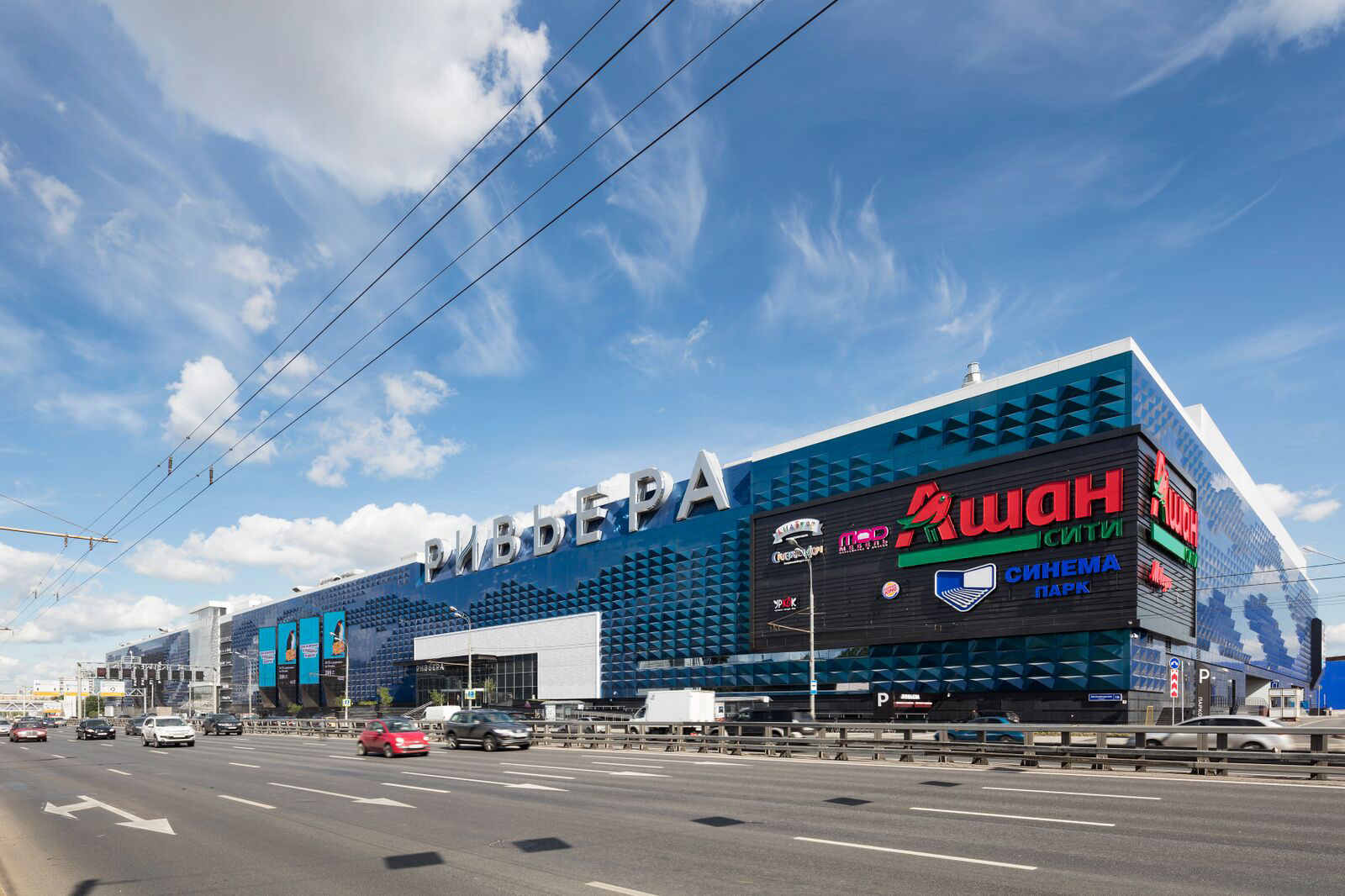 Spectra finishes are inspired by nature, offering a natural manipulation with variations in light and focal point. The finish is further elevated with the use of three-dimensional fabrication. Dekoral was responsible for the fabrication of nearly 275,000 square feet of Alucobond A2 material. 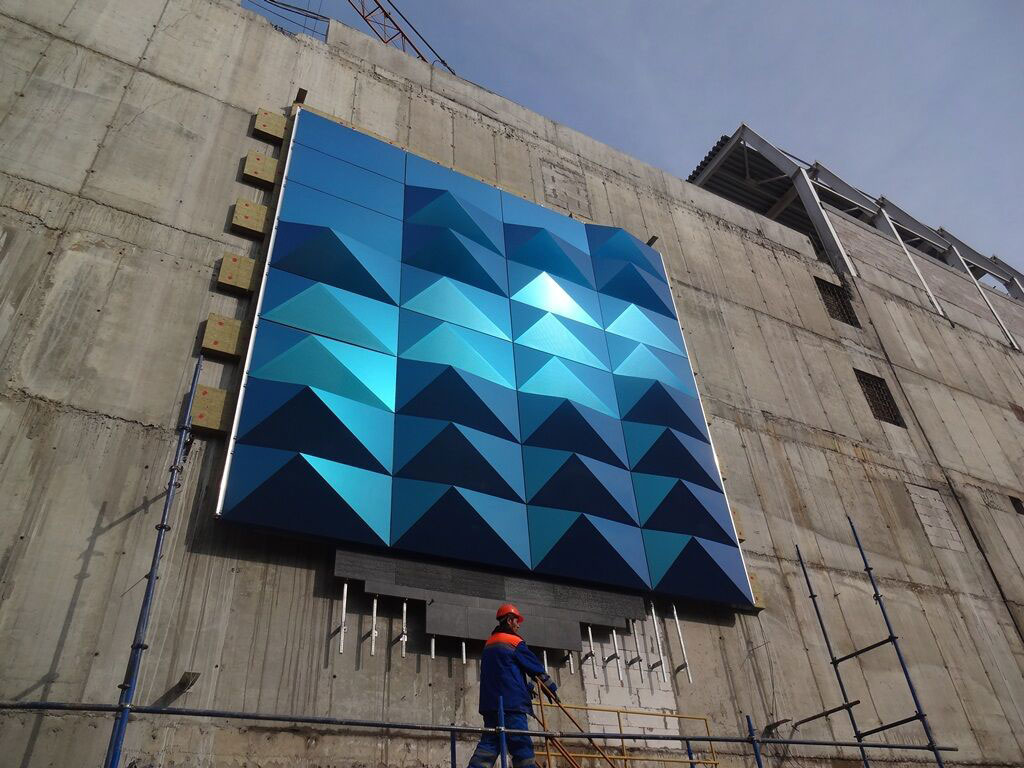 The ability of the Alucobond panels to be routed into three-dimensional forms, allows the material to seamlessly adapt to the contours of the exterior. The material provides malleability, flatness and strength as well as weather resistance. 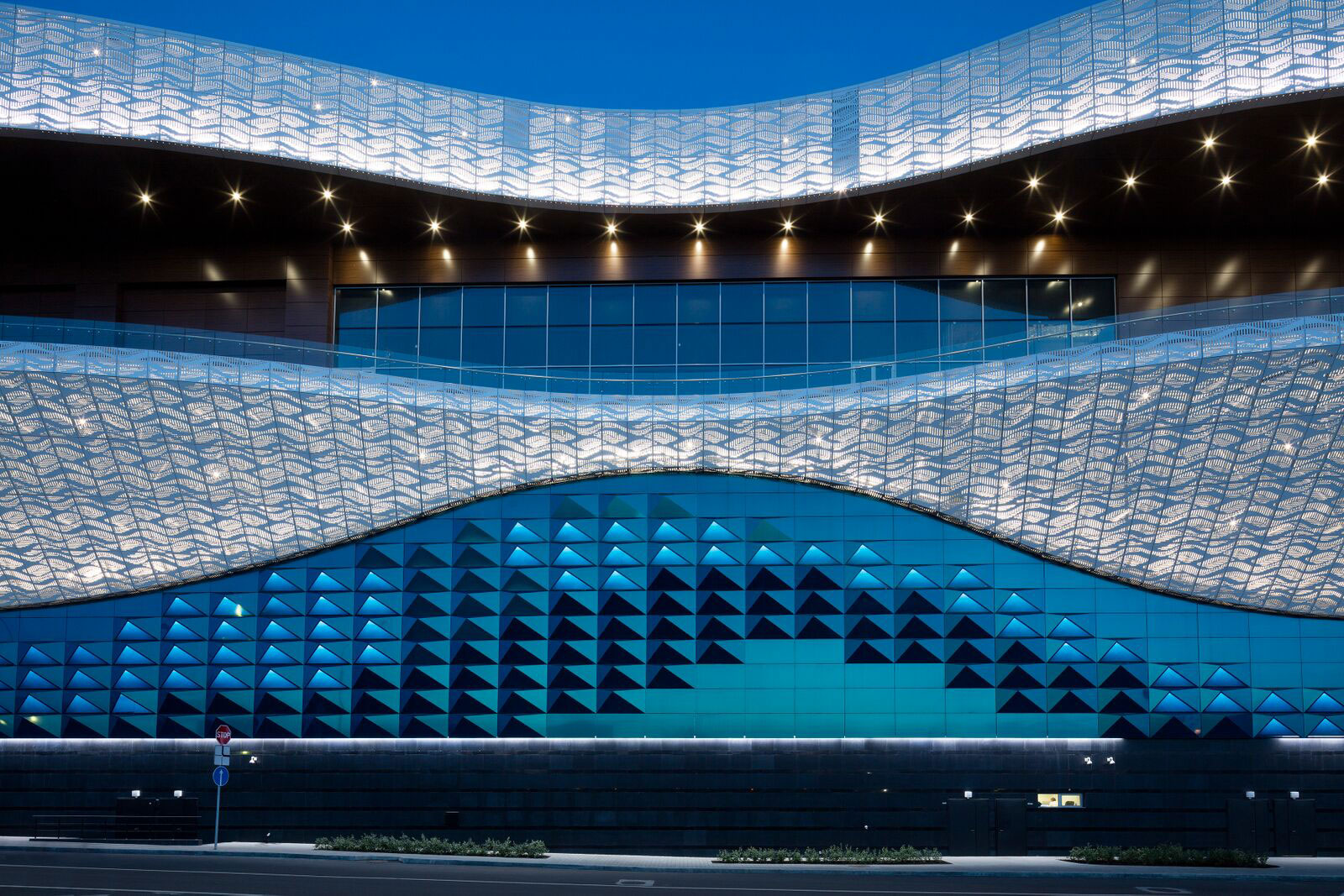 Uniquely, the architects designed a further interactive exterior with the integration of LED sequencing that internally lights the panels to provide an added effect at night. To add dimension, the exterior features fluid white perforated panels to contrast the iridescent blues. Additionally, a series of video panels measuring nearly 40 feet tall were added to the exterior and placed at key vantage points. Lastly, the river-facing portion of the façade features dining terraces allowing a further immersive experience for visitors.