Aluminum Headquarters Sits Atop A Forest Of Anodized Aluminum Columns 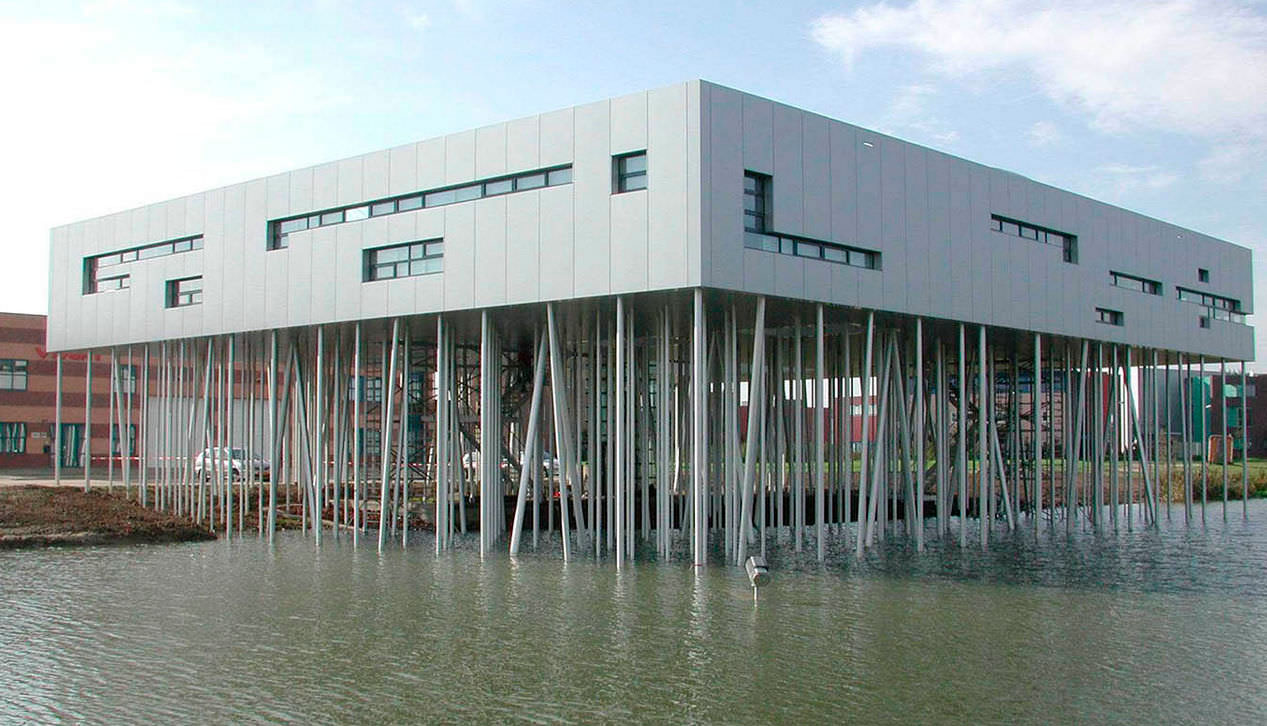 The “Aluminum Forest” in Utrecht, Netherlands serves as the headquarters for the country’s aluminum industry. Reflecting the different products and qualities of their domestic aluminum, the building was constructed atop 368 anodized aluminum columns.

The “forest of columns” sits on an artificial lake that creates a reflective property on the underbelly of the building’s aluminum façade. The concrete and steel building is engulfed in Alucobond Silver Metallic aluminum composite panels. The structure’s aluminum frame is what supports the protruding aluminum beams.

Aluminum’s attributes, often praised for its lightweight and durability, were the inspiration for the building’s design by Micha de Haas Architects, which has received international recognition. 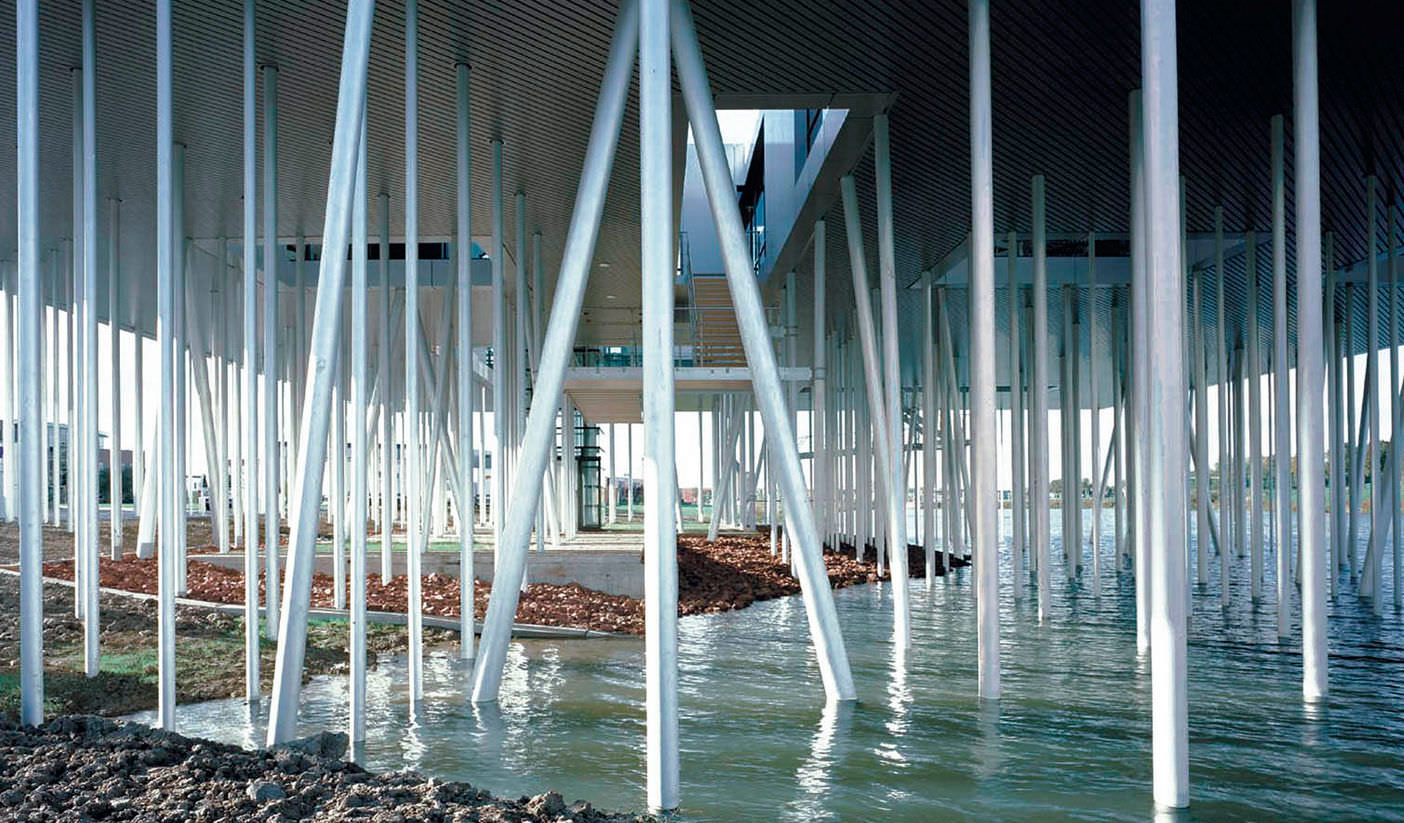 According to WikiArquitectura, “A study was conducted to investigate the resistance, stability and deformation, using various models of the structure, to decide the load bearing system for the final design. It was analyzed the first structure designed by architect and later the appropriate changes were made in the structural system, which ultimately resulted in a stable structural system.”

This was largely achieved by a variation of the thickness, height and formation of the aluminum columns. Consulting structural engineers at 3A Composites Netherland, the architect’s aluminum forest concept was not compromised. Aluminum is seen as an innovative, high-tech, and even futuristic building product and it’s potential is thoroughly examined in the structure’s architectural design.