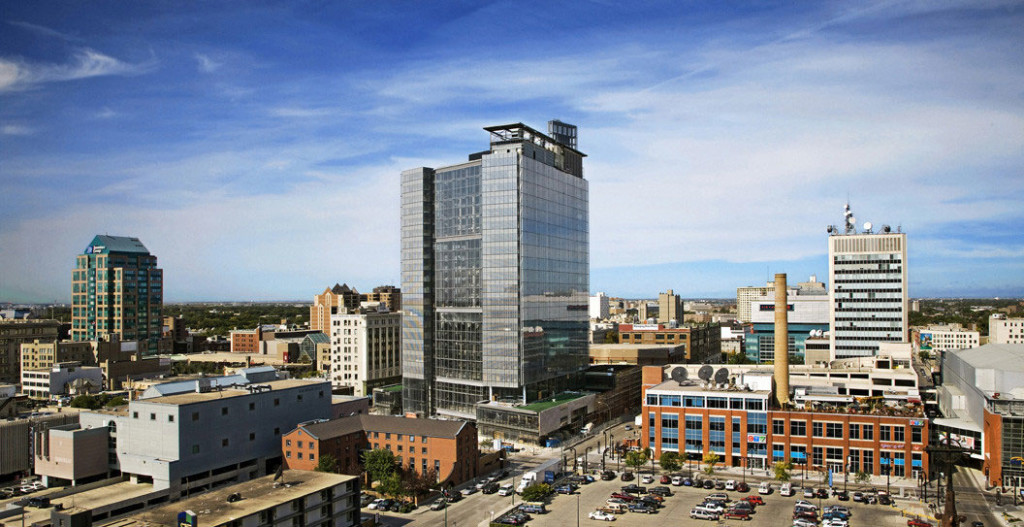 Manitoba Hydro is the fourth largest energy utility company in Canada. Producing nearly all of its energy from self-renewing waterpower, the company offers some of the lowest electricity rates in the world. The Manitoba Hydro headquarters enabled the merging of the companies 15 different locations to accommodate the 1,650 employees on 21 floors. The headquarters is one of the most energy efficient office buildings in the world, showcasing the importance of healthy building. The project was designed with five distinct goals: healthy and productive workspace, energy efficiency, sustainability, signature architecture and a positive urban impact on Downtown Winnipeg.

Sustainability was a “critical objective” according to the architects at Architecture49, formerly Smith Carter Architects and Engineers, who state, “Manitoba Hydro Place sets a new precedent for the balanced integration of architectural design excellence and climate responsiveness, energy efficient sustainable design, and it is a visible testament to Manitoba Hydro’s long term commitment to the health, comfort and pride of its employees, and to all Manitobans.” 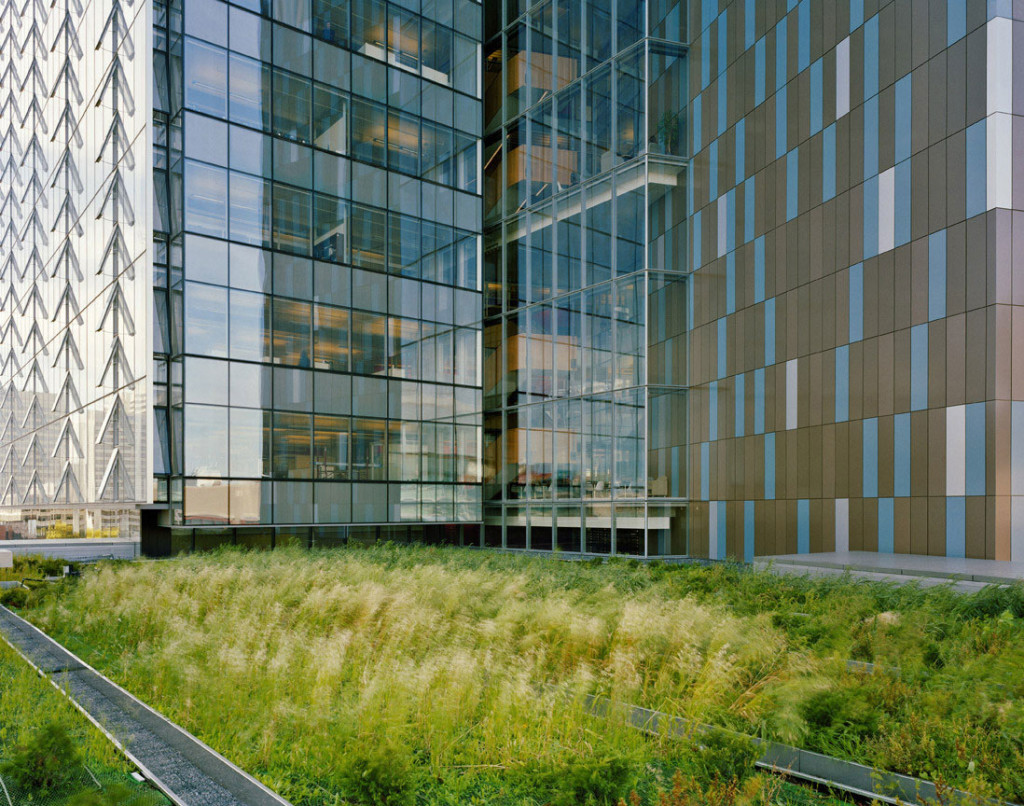 The representatives at Manitoba Hydro were invested in their employee’s satisfaction, which was critical in determining the headquarters location. The site was specifically chosen due to its locality to the public transportation system, which is accessible to at least 80% of the company’s employees. 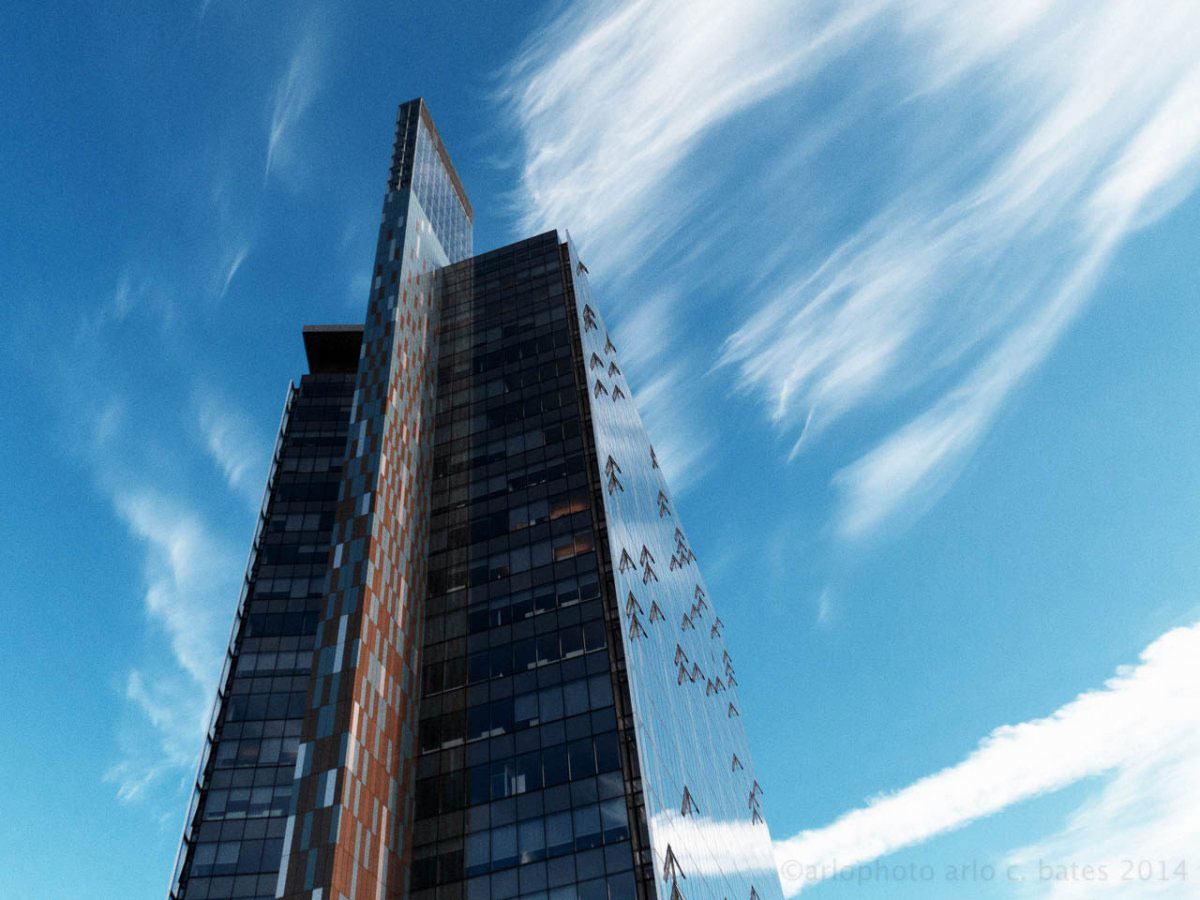 Winnipeg is subjected to dramatic climatic conditions with a 126-degree temperature change throughout the year; with such conditions, building efficiency is paramount. Building materials, particularly on the exterior had to withstand the area’s harsh winter climate. The architects chose Alucobond aluminum composite material (ACM) and metal cladding for the building’s exterior. A specialized coating on the ACM allows for the material to tolerate dramatic temperature fluctuations without degradation. 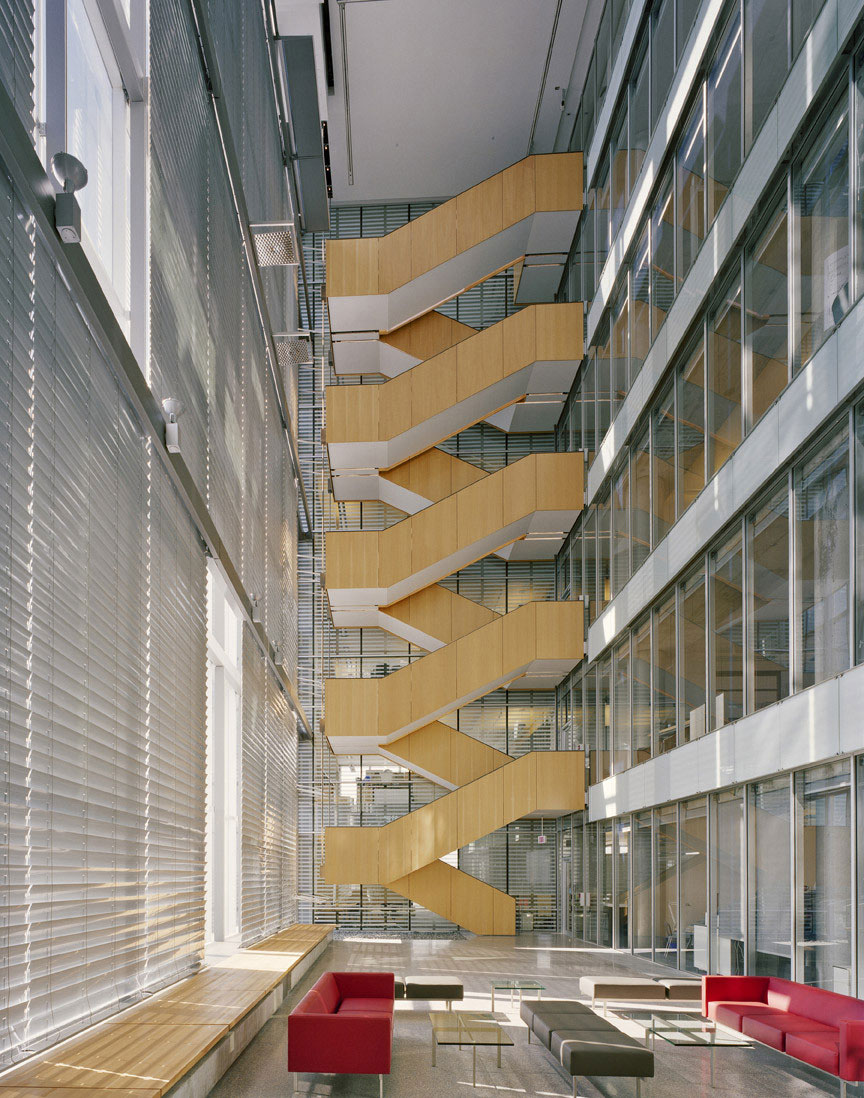 A few of the building’s sustainable amenities that attribute to the 60% energy savings over the typical commercial building are, “…a 377-foot solar chimney, a geo-thermal HVAC system, 100% fresh air year round, double façade curtain-wall exterior that uses computer controlled motorized vents which adjusts the building’s skin throughout the day,” according to the project’s fabricator, Thermal Systems. Instantly identifiable, the abutting chimney creates a visual beacon for the city furthering its mission to be iconic in both energy efficiency and design.

all photography courtesy of © Gerry Kopelow