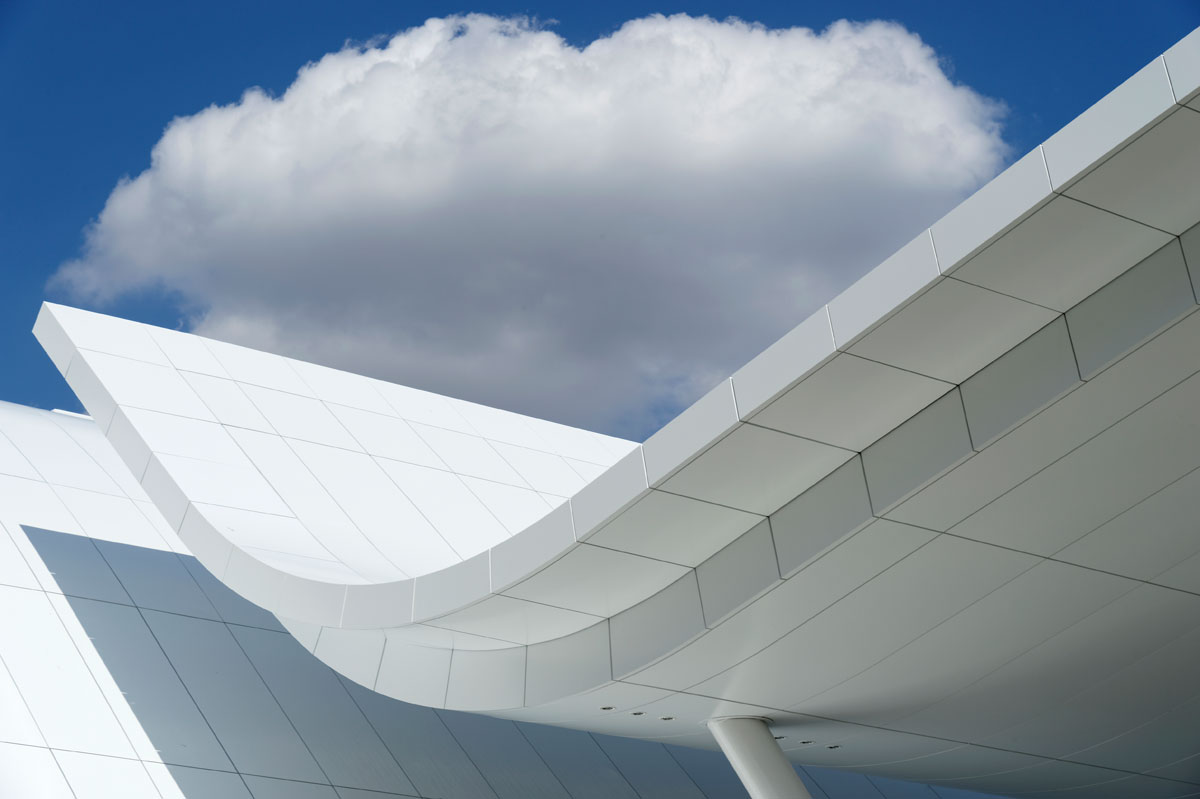 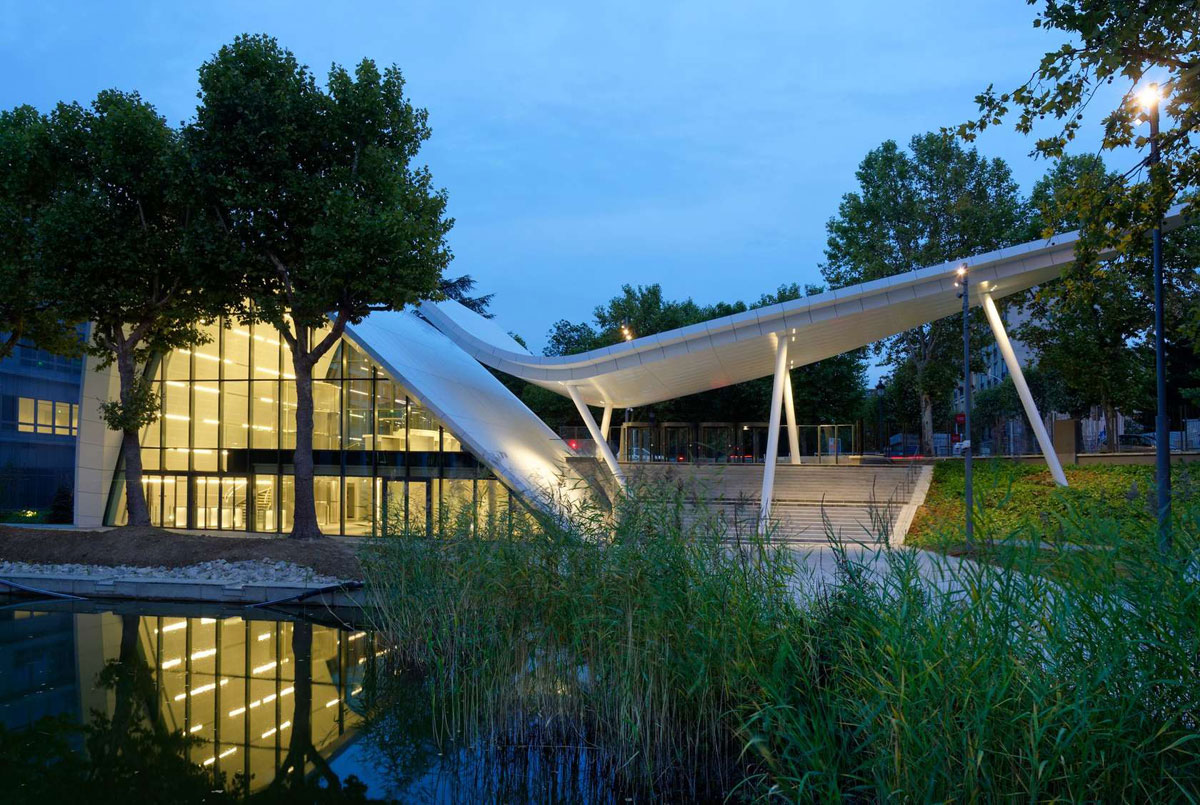 The reception pavilion, a nearly 6,500 sqft building is composed of two levels, and attracts visitors with its captivating design. The sloping façade utilizes bright white Alucobond aluminum composite panels that were specified for their light weight, ease of fabrication, and large sizing capabilities. The architects at Arte Charpentier explain that the white metal exterior creates a contemporary and elegant design element. 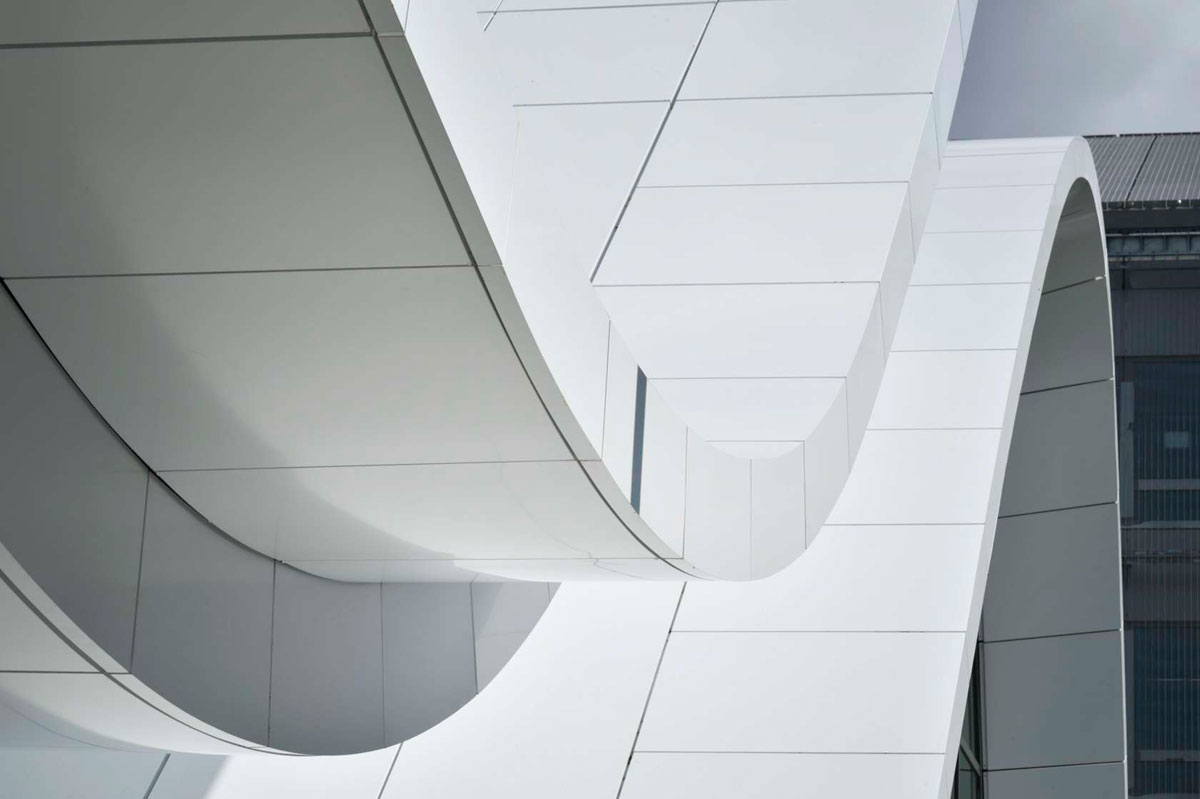 The roof design was rather complex due its bent appearance, the architects further explain, “Alucobond was not only bent, but preformed in 3D…Alucobond is a material that has helped create calibrations to the millimeter to meet the deformations of the vault related to wind and weather. The reception pavilion is a moving object, therefore it had to comply to highly technical and complicated rigging.” 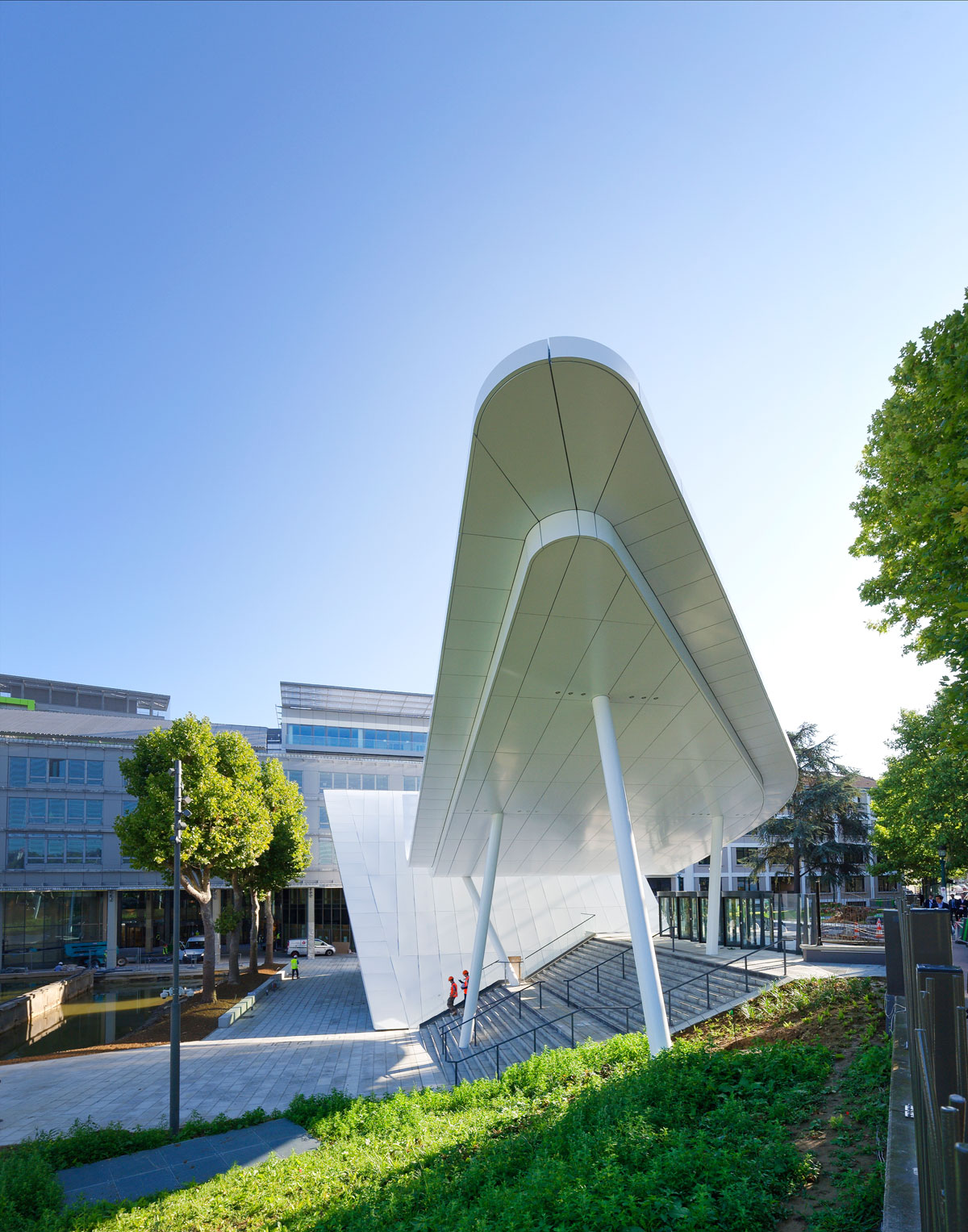 The fluidity of the building’s exterior is further complemented by its envelopment of glass. At night, the pavilion’s interior is illuminated offering complete transparency. The bright tones and clear lines seen throughout helped the building achieve its contemporary appearance. Each design element was intentional as the architect’s state the pavilion was designed to be remembered. 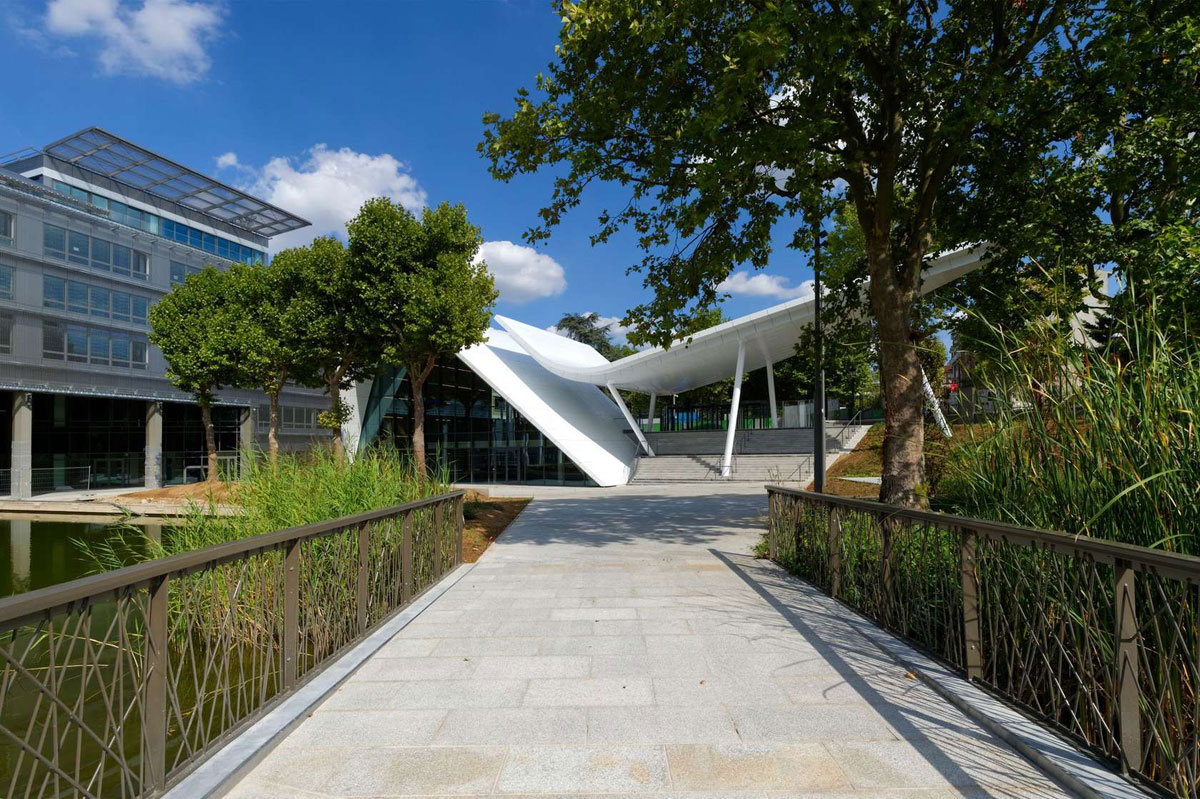 “The pavilion renews the site’s image and becomes the Evergreen campus’ store window and expresses the Crédit Agricole’s values of innovation and efficiency by displaying its architectural boldness.” The client’s adoption of architectural modernity showcases the company’s commitment to innovation.

3A Composites, the manufacturer of Alucobond, and Arte Charpentier Architectes’ were the recipients of the 2015 Prix Duo@Work prize for outstanding collaborative efforts between architects and industry. Additionally, the project achieved a BREEAM certification rating of Very Good for its commitment to efficiency.