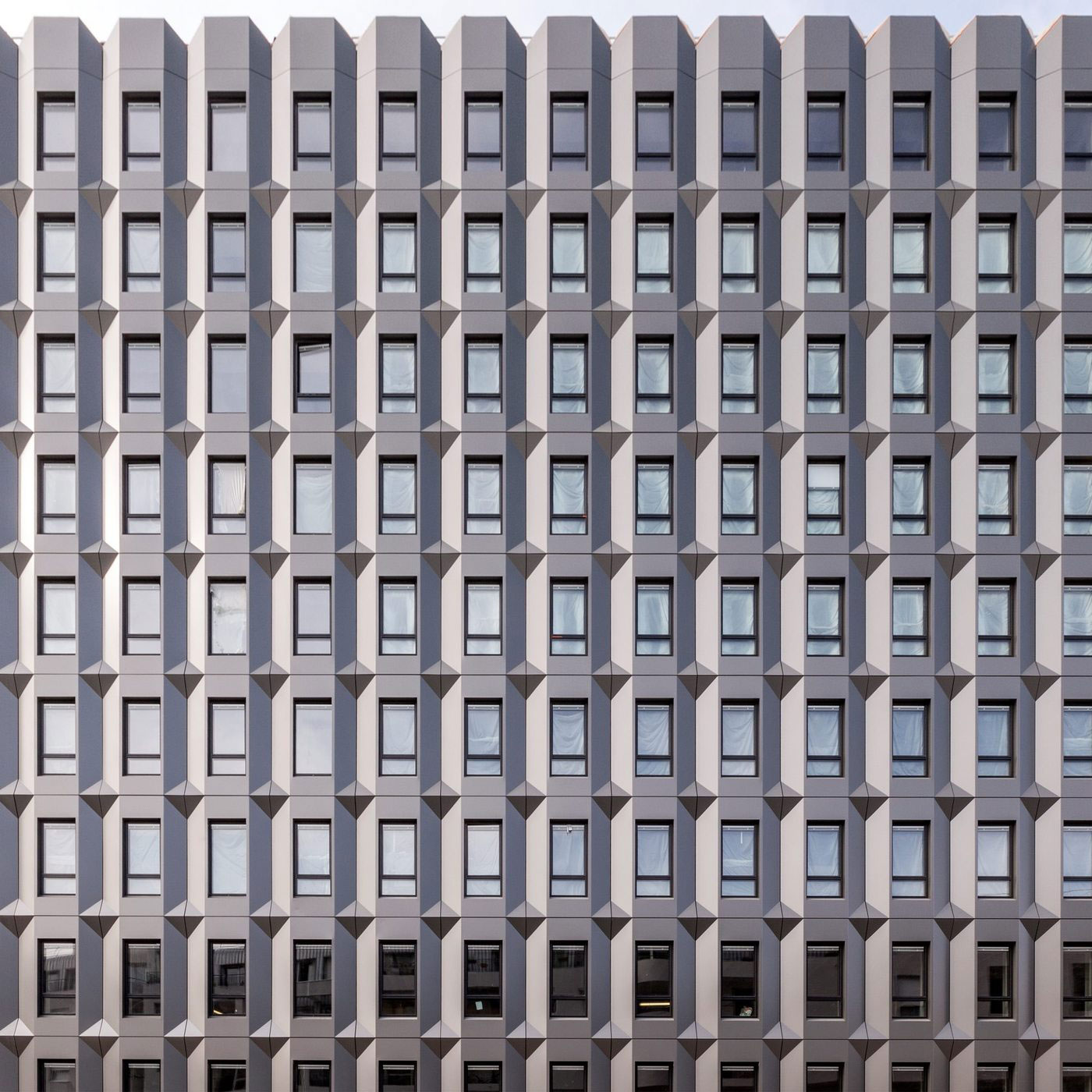 Architect Maurice Novarina built the original building, Offices Chevaleret, in the 13th arrondissement of Paris in 1974. Interestingly, the architect’s son and grandson, also architects, played a role in the building’s major renovation completed in 2016. The renovation, completed by ARCHIGROUP, pays homage to the original structure, per the request of Novarina’s relatives. 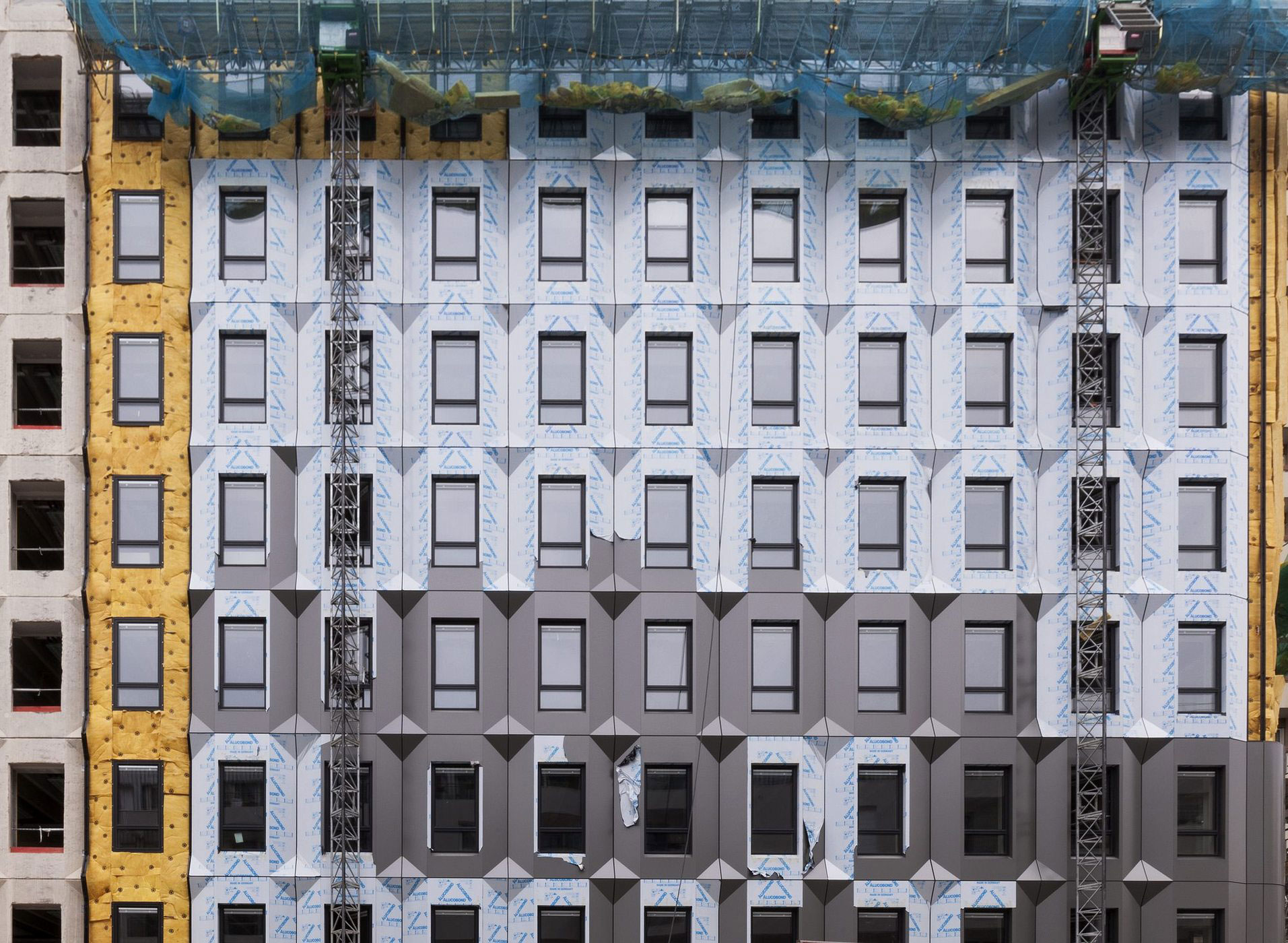 The project, known as Re-Architecture to the architects at ARCHIGROUP, is just that, a complete refurbishment of the original building, which took nearly three years to complete. An extensive asbestos removal was enacted that took 10 months and required specialized equipment, particularly the use of a présurisée bubble, to remove the fibers without dispersing them into the city’s air. 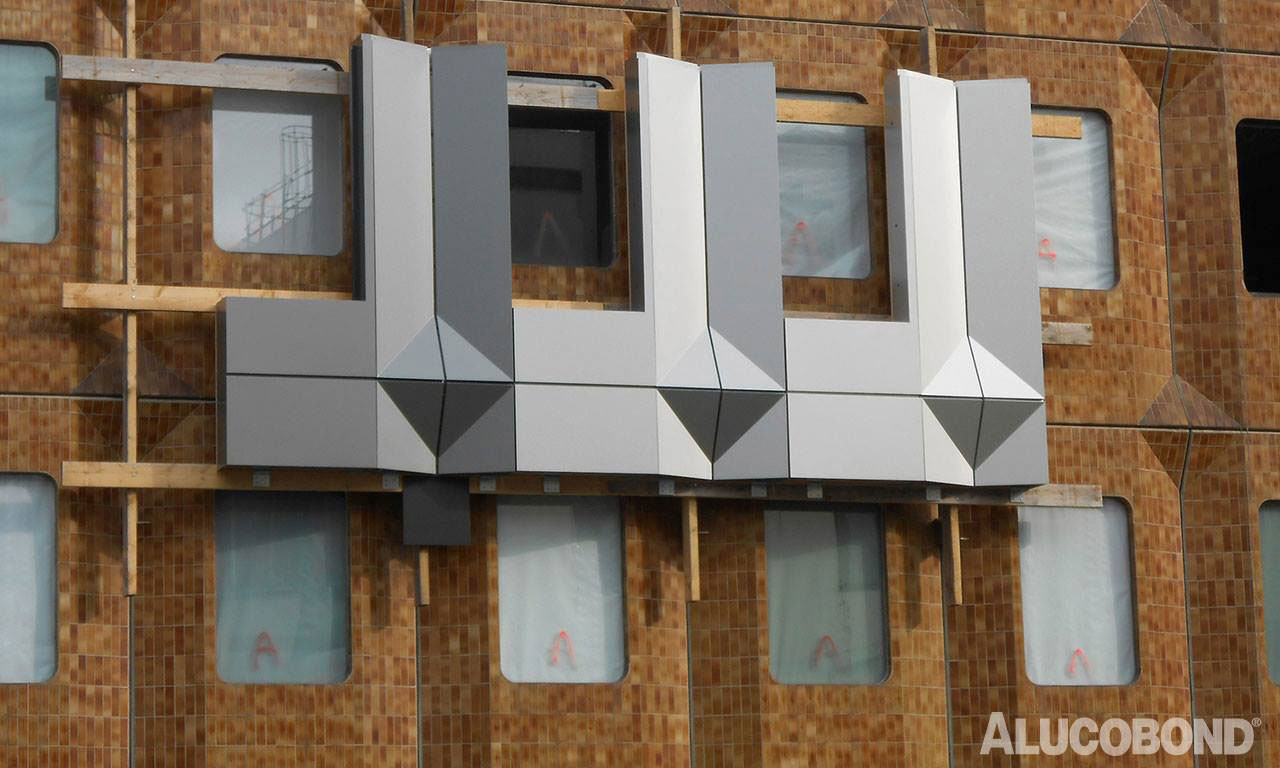 The most interesting element of the design is the complexity of its façade, which utilizes 1000 pre-fabricated Alucobond modules, adhered to the exterior. TIM Composites fabricated the Alucobond aluminum composite, in Grey Metallic. The same fabricator was responsible for the intricate exteriors of Dominique Perrault’s Citylights Towers. 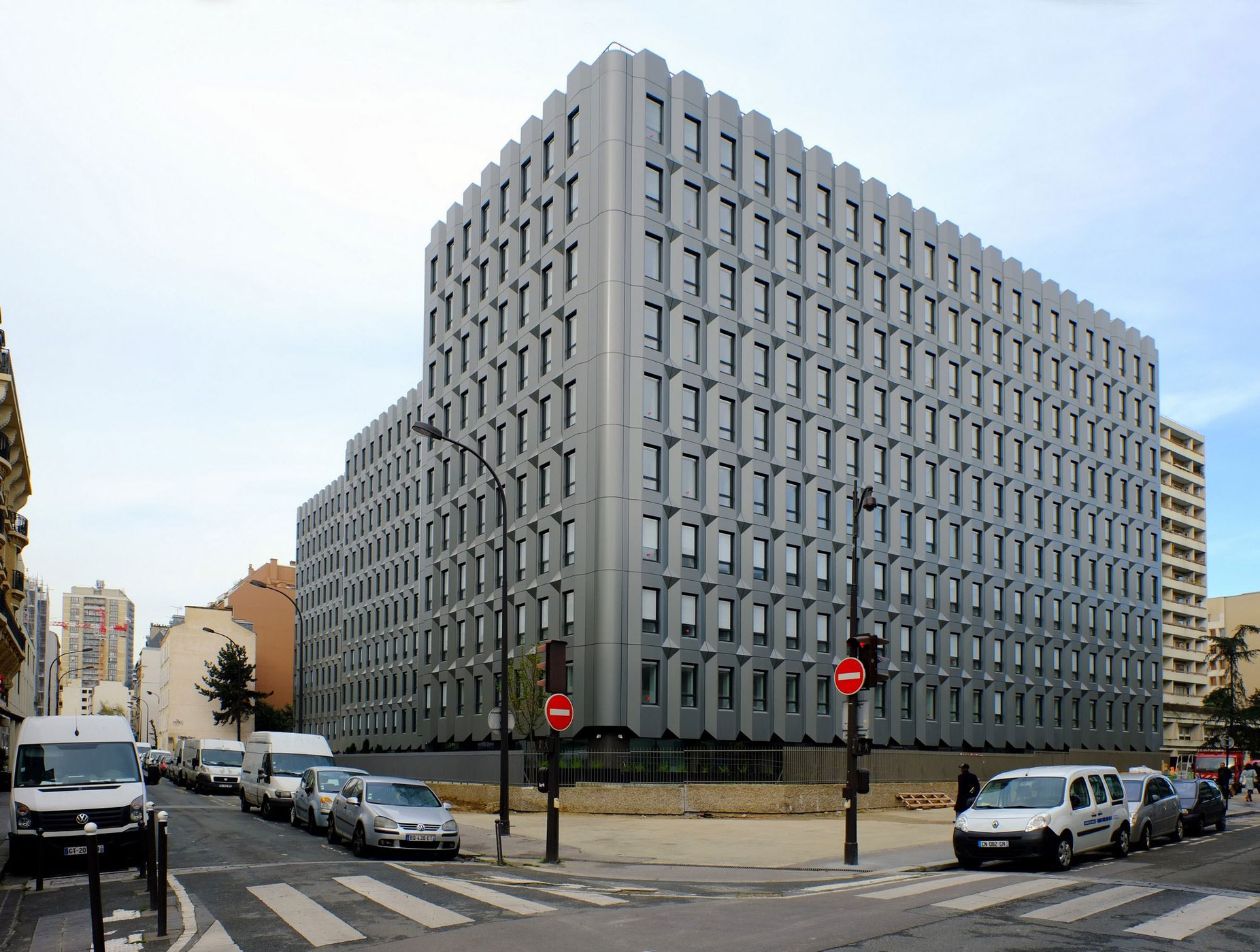 According to Jean-Philippe Charon, an architect with ARCHIGROUP, stated, “It goes beyond just renovation, it is a process of re-architecture.” In regards to the wishes to maintain the building’s original integrity, which range from orange to amber hues, the color palette gave the building a certain power or influence in the cityscape. 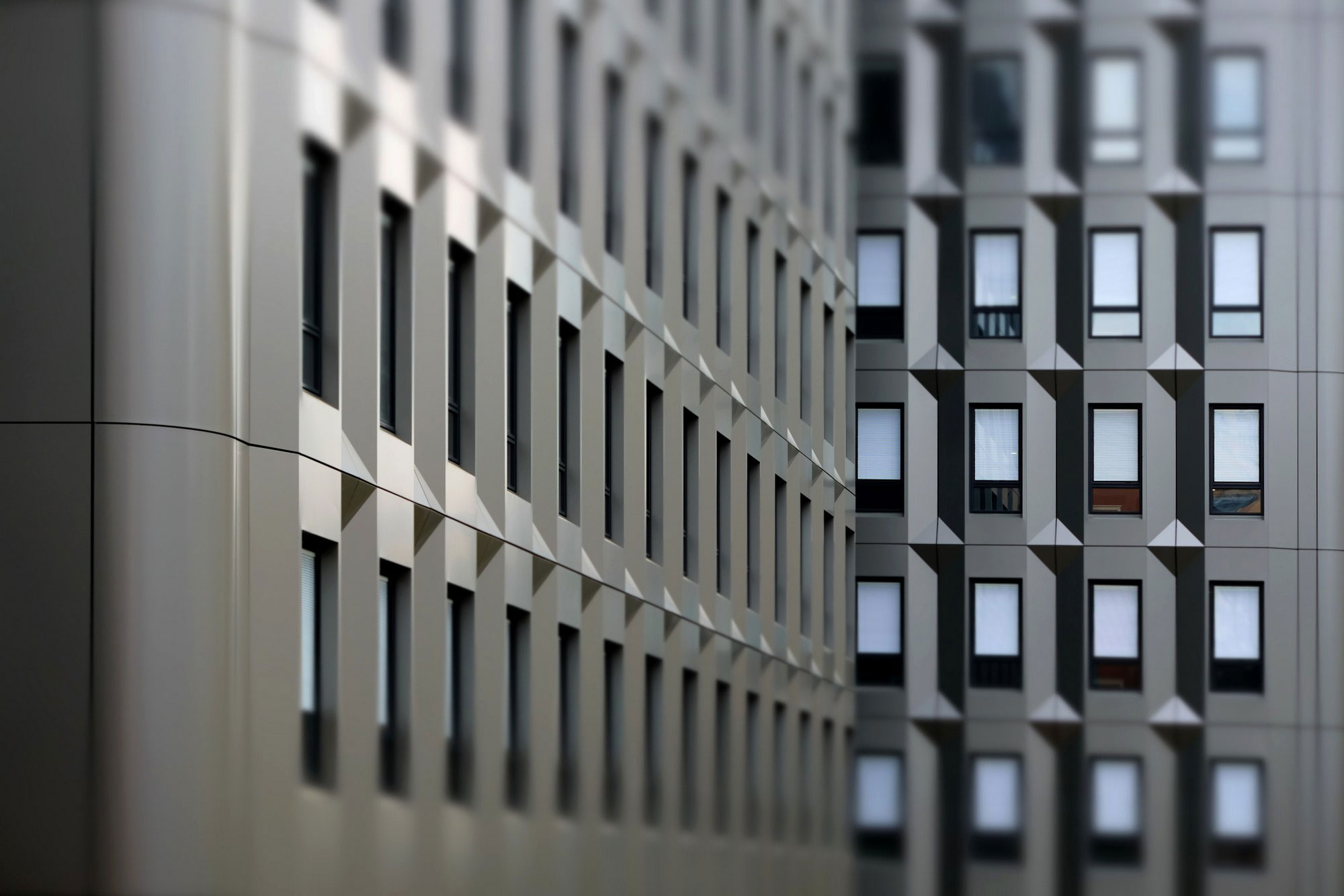 Charon explains, “This architectural power is something we wanted to retain. The initial design with its white Alucobond façade would have made the complex fade away. Grey metallic Alucobond with its metallic play of colors provided exactly what we were looking for. The building retains its aesthetic power, and its cutting-edge, contemporary architecture, allowing it to fit in with its surroundings.”