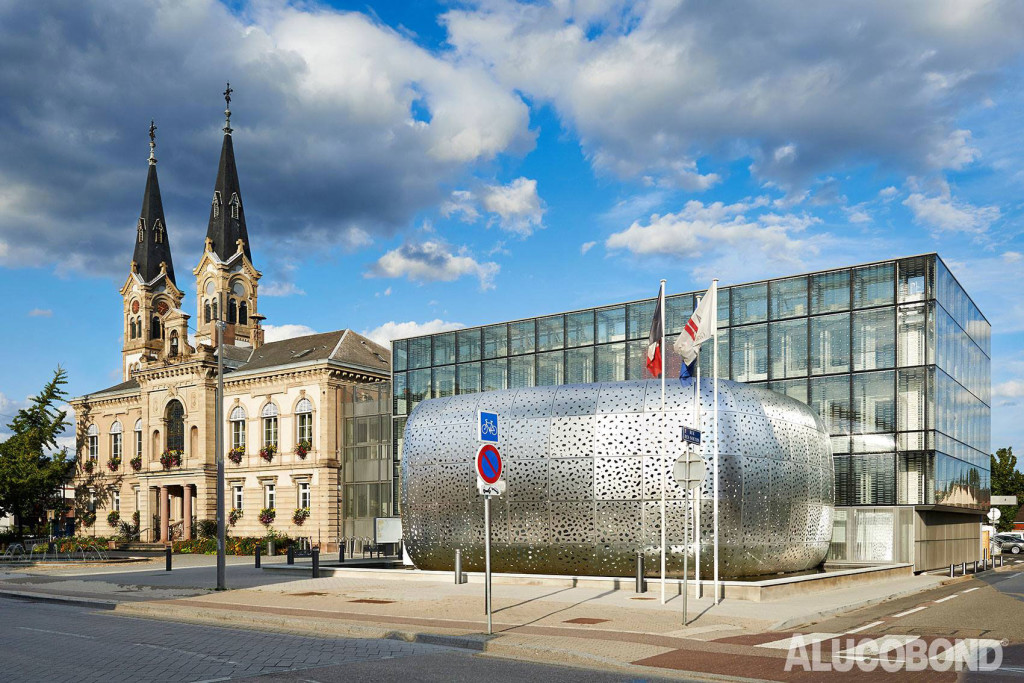 The three outdated buildings of the city hall in Illkirch-Graffenstaden, France were renovated and expanded to create a new modern image for the city. While the three buildings differ in architectural style, their renovation was initiated to create “a new urban landmark,” while also creating more efficient structures. Utilizing glass, stainless steel, and aluminum composite, the new city hall welcomes visitors with its contemporary design. 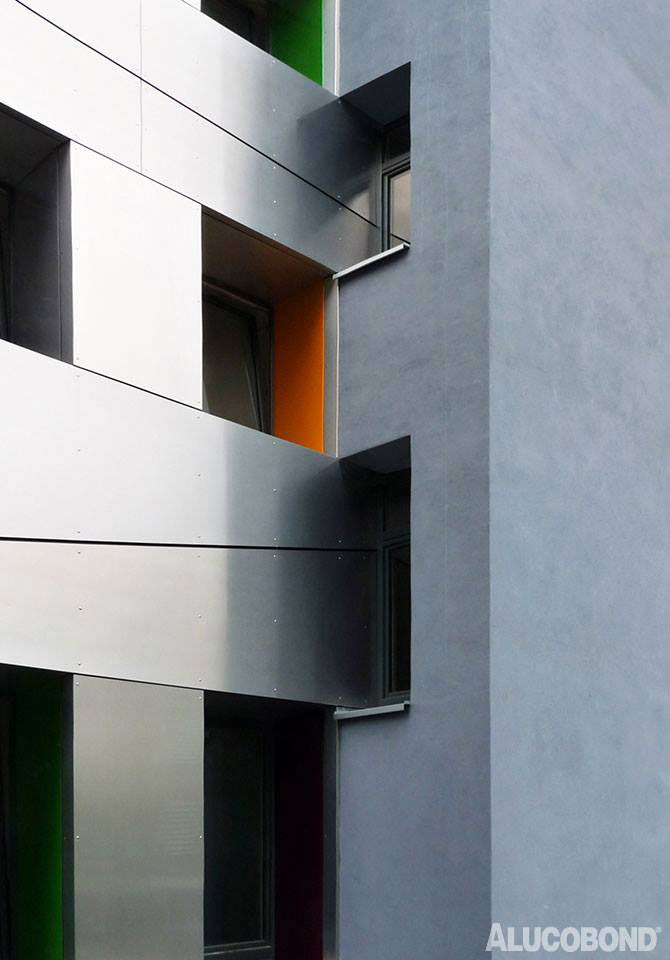 One of the most striking elements of the design is the stainless steel shell created from a three-dimensional model and suspended with pinpoint precision on steel tree structures, according to the architects at Atelier Filippini. The perforated shell allows a controlled influx of natural light while simultaneously providing views of the surroundings to visitors. 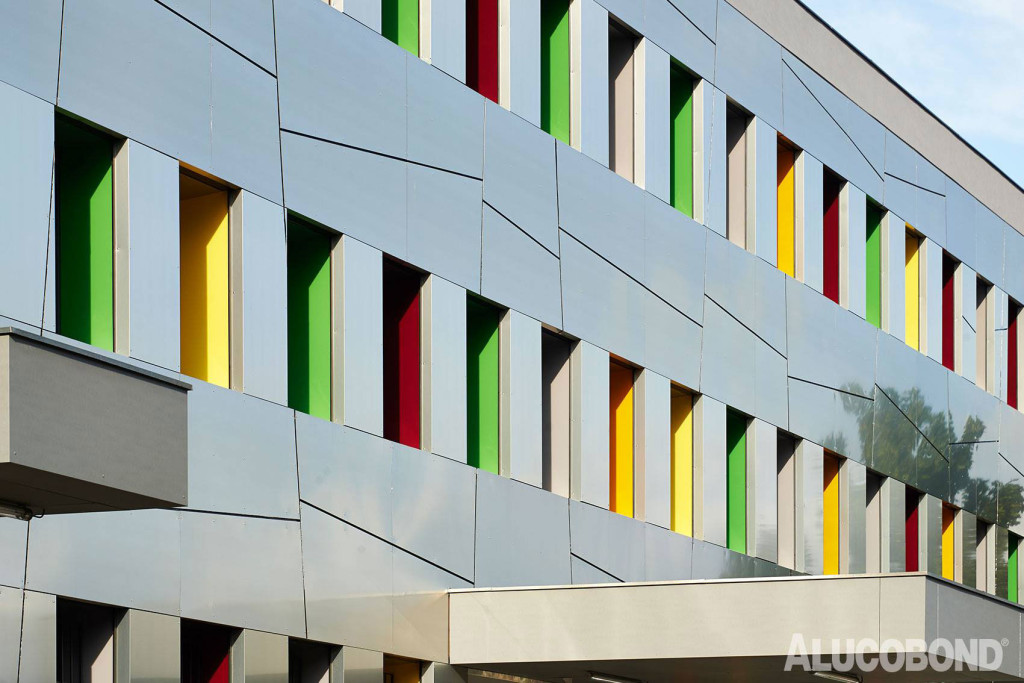 The architects were focused on, not only the aesthetics of the project, but its energy and environmental efficiency, prompting them to install a double-skin façade. The specialized façade allows the building to capture heat from natural light, which reduces the need for internal heating systems in the winter. Additionally the architects explain, “The new skin is composed of a ‘breathable’ screen-printed glass façade with built-in venetian blinds. Two different patterns have been printed onto the glass: frosted rectangular shapes and shimmering squares. In this way, the façade changes to reflect the passing hours and seasons, adapting to different light conditions.” 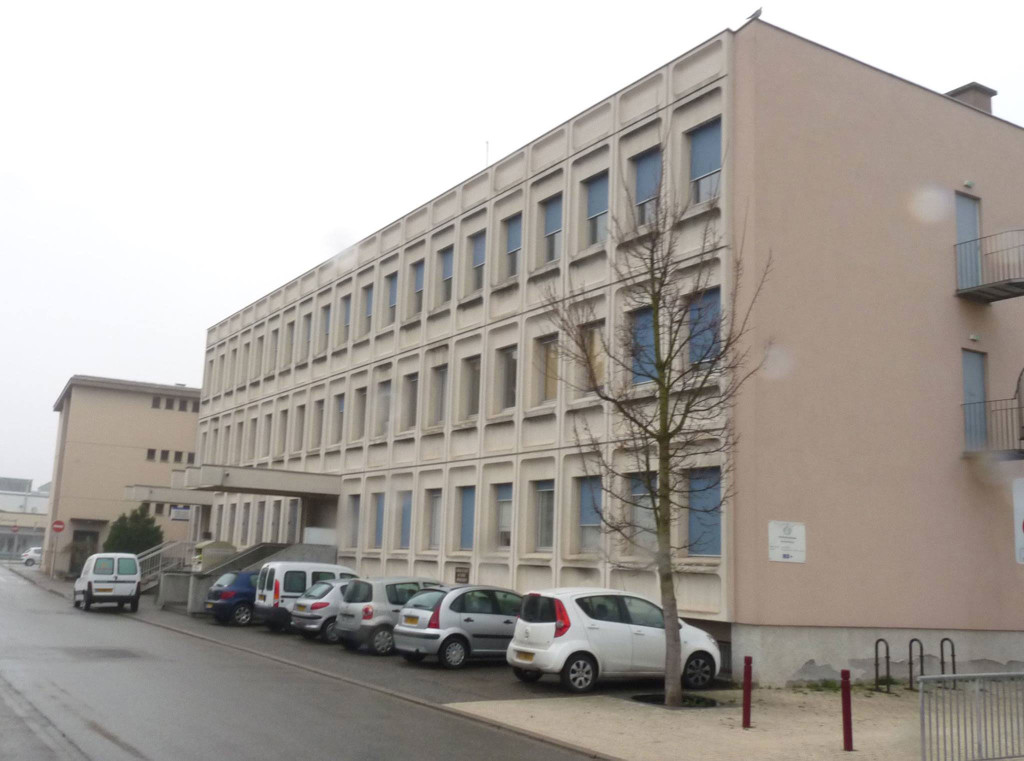 The administrative and social center facades were originally built in the 1970s using prefabricated concrete slabs. This resulted in little thermal installation, which was rectified in the renovation using Alucobond NaturAL aluminum composite cladding with a high performance thermal installation. The architects state, “The irregular layout and clearly marked joints combine with the colorful window recesses create a uniquely customized facade. Each window has an adjustable brise-soleil sunshade that can be used to deflect sunlight, especially in summer.” 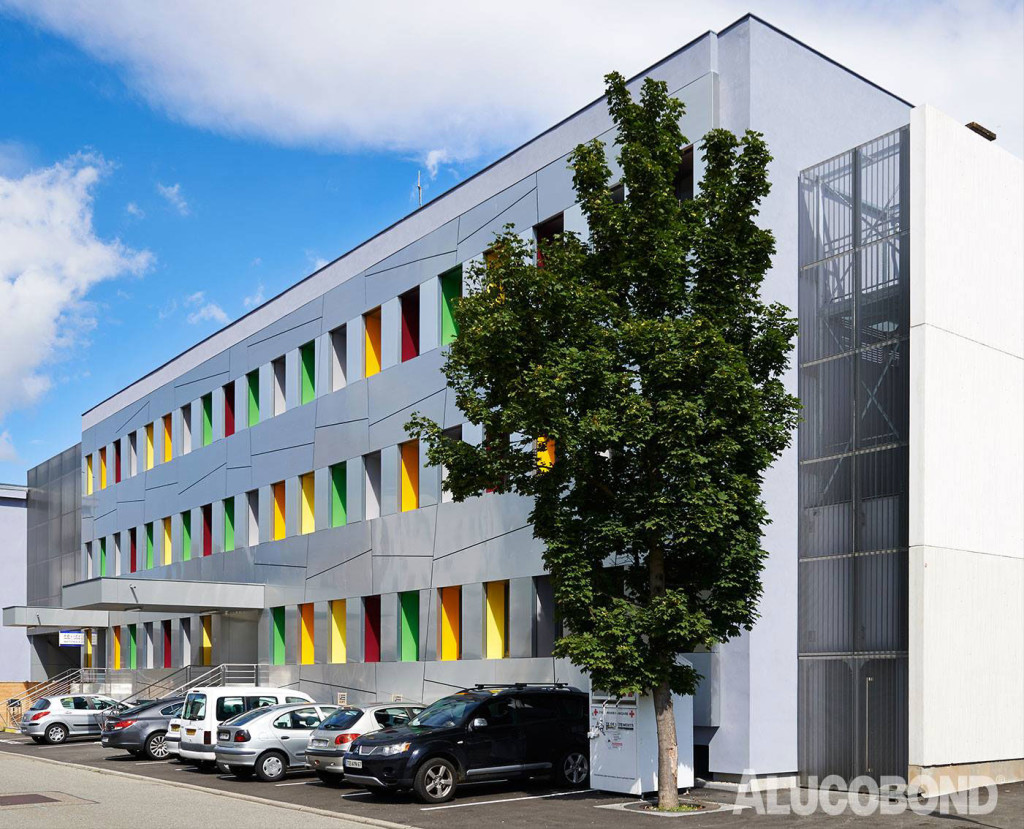 While the renovation and expanded structures are connected to the original 19th century façade, it serves as an architectural representation of the city’s progression. While architectural styles and materials may change, the city is invested in their mission to shine a “modern light” in their urban landscape.