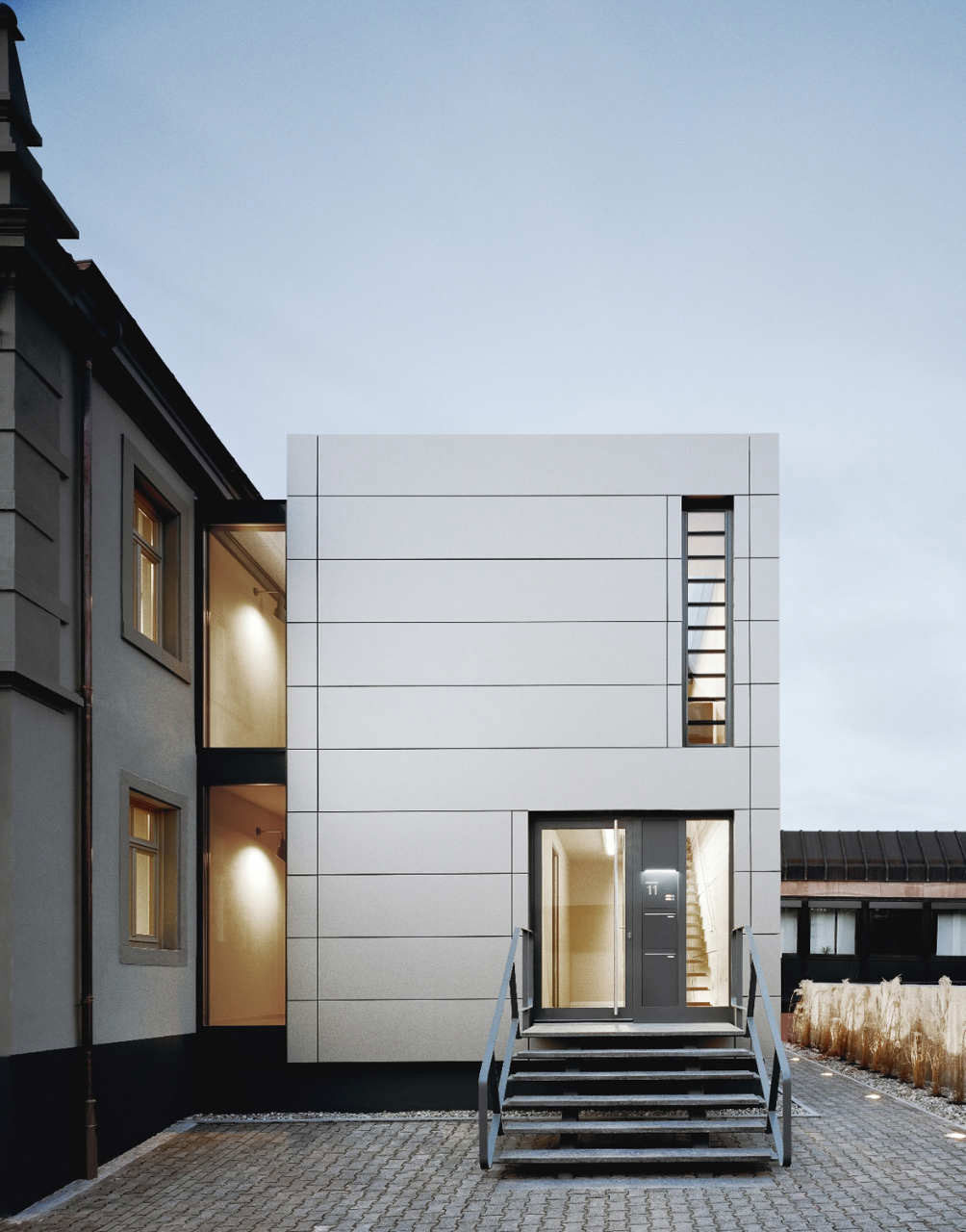 Neoclassical architectural designs serve as landmarks of the past. They showcase the urban fabric of the places we inhabit. Most importantly, and even in the face of constant change, they represent the historical context of our lives. The architects at Ecker Architekten describe the city of Buchen as “a fortified medieval town in North Baden, Germany.” There you’ll find the House ‘Balkenhol’ a landmarked structure built in 1824 that served as the town’s apothecary for over a century. 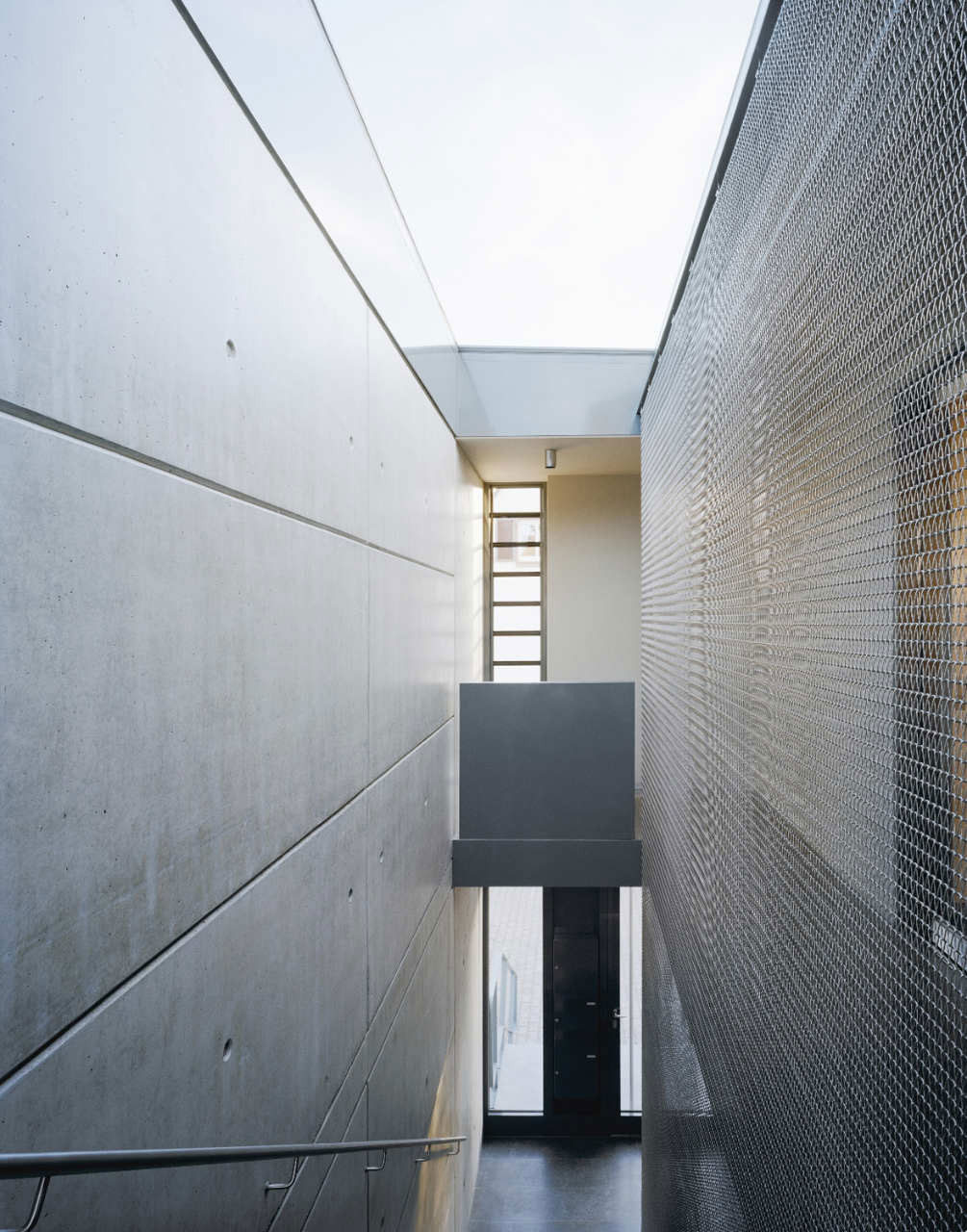 In the late 1950s the structure was purchased by the local savings bank and used as a rental property. Historic architecture often requires extensive renovation as the building materials can become not only outdated but also ineffective over time. After sitting idle for nearly 15 years, the property was modernized with a series of energy efficient and technological advancements. Today, the building houses office space for law and accounting firms. 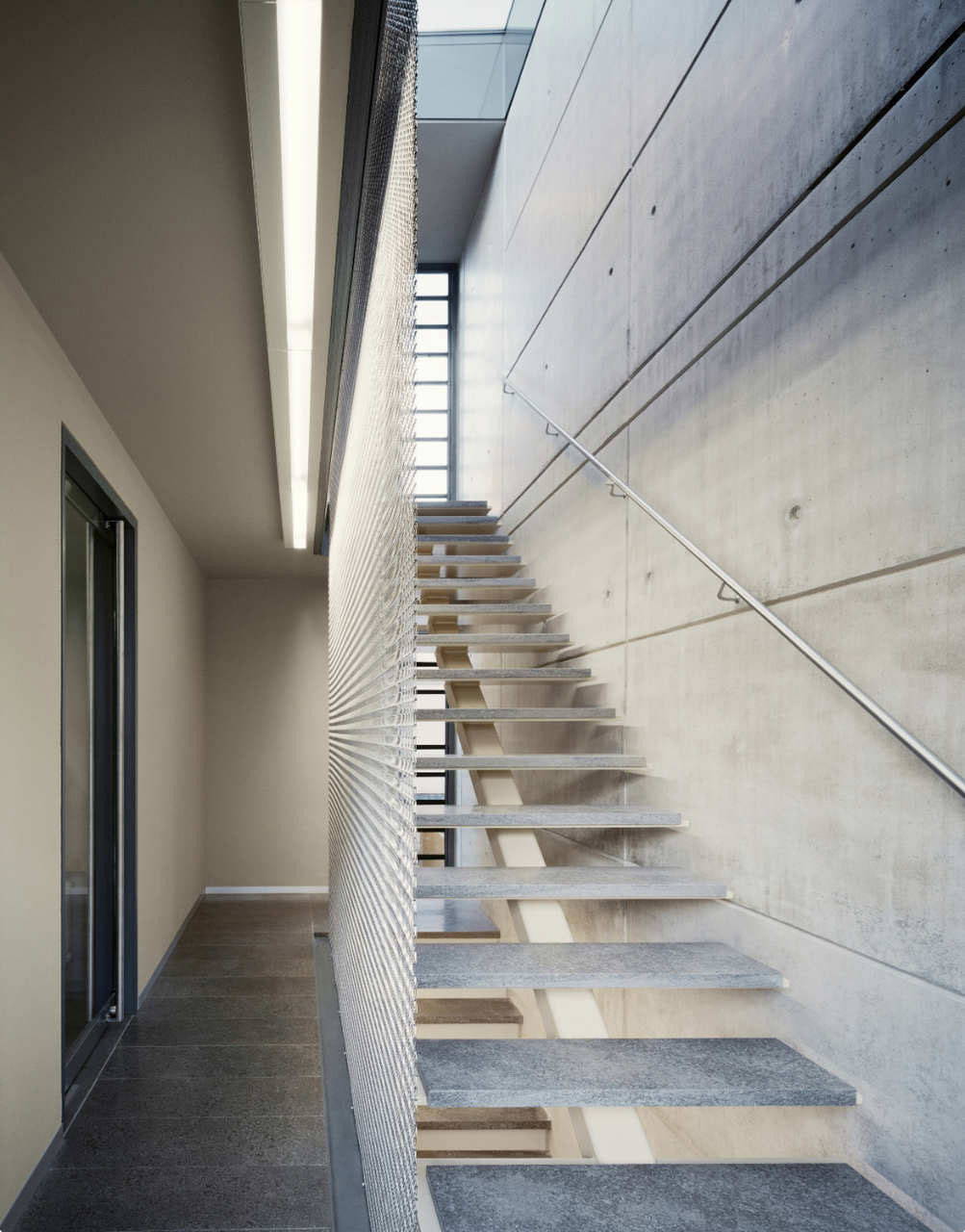 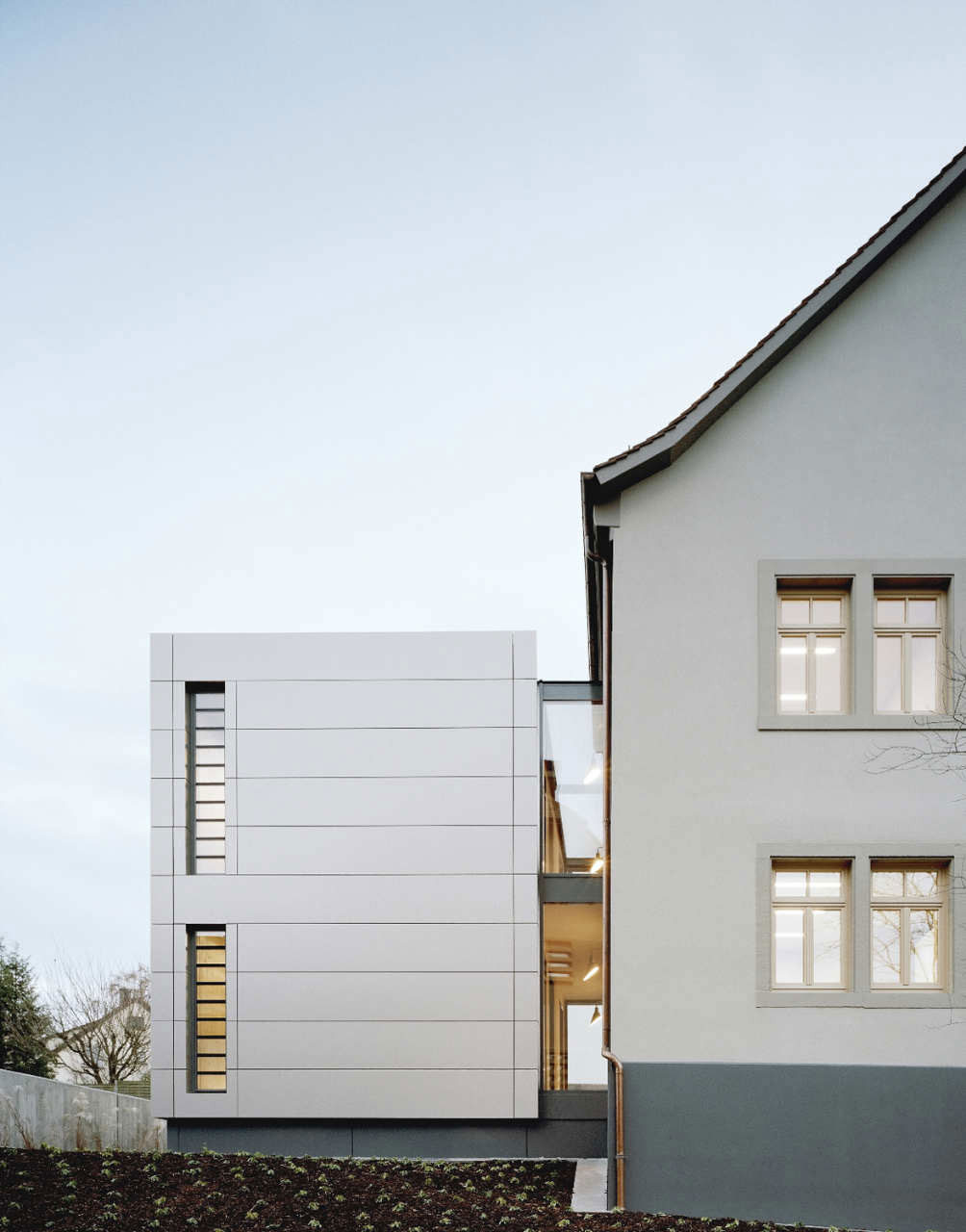 The architects further describe, “The differences between the ‘historic’ and ‘new’ construction is underscored by two simple design motif. The existing building was internally partitioned to reflect the bi-lateral symmetry of the structure. The modern addition was developed in a manner that works against such symmetry, providing a dynamic counterpoint to the staid formalism of 1824.”

The modern addition is enveloped in Alucobond Plus aluminum composite material. Matching the historically muted color palette, an equally subtle color was chosen for the aluminum. With the exterior fabricated in a linear design, and the addition of large windows, the modern portion is indirect in its modernity. Offering a complementary extension to the historic façade.