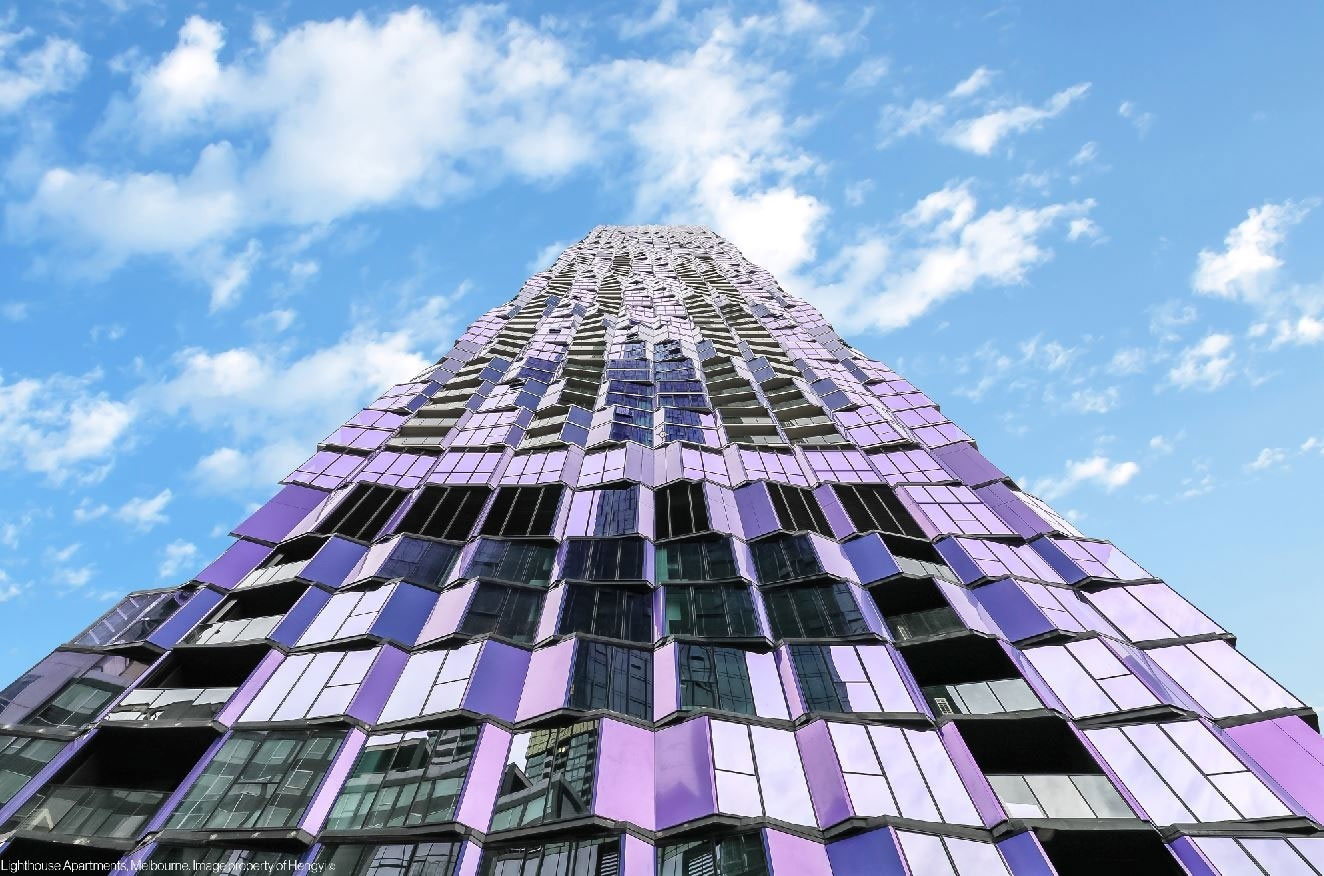 The highly anticipated Light House Apartments in Melbourne, Australia are now complete. The over 600-unit tower with 69 levels features an undulating exterior façade utilizing a custom Alucobond PLUS Spectra Violet. The iridescent façade changes colors in various shades of purple to create a truly unique high-rise. 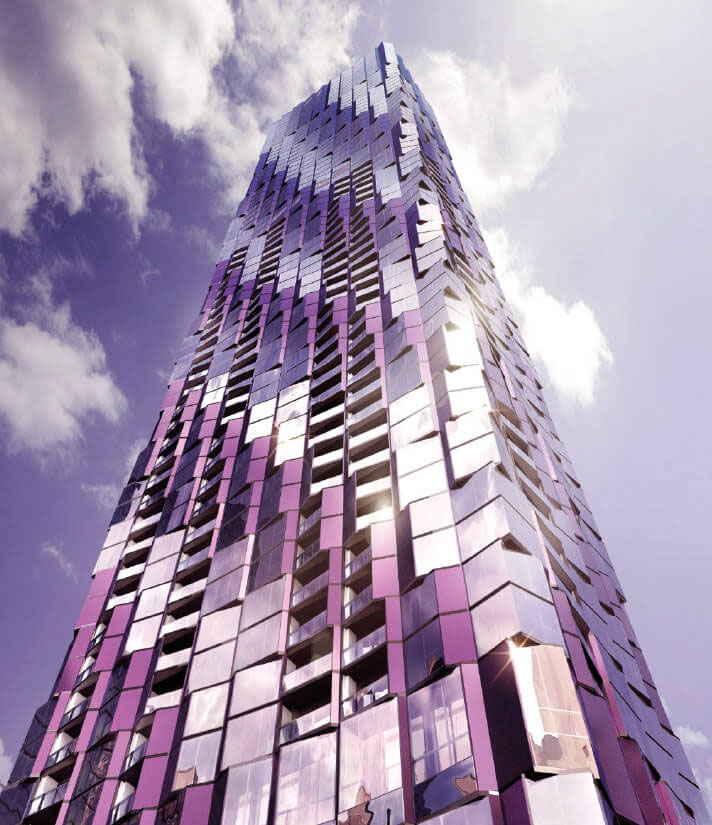 The over 500,000 square foot mixed-use residential building was highly anticipated by Melbourne residents with its captivating exterior and numerous technological advanced amenities. The tower features an automated car parking stacker system, pool, outdoor exercise terrace, modern interior design and panoramic views of Downtown Melbourne. The project is a joint venture between Hengyi and Sixth Grange who specialize in property development. 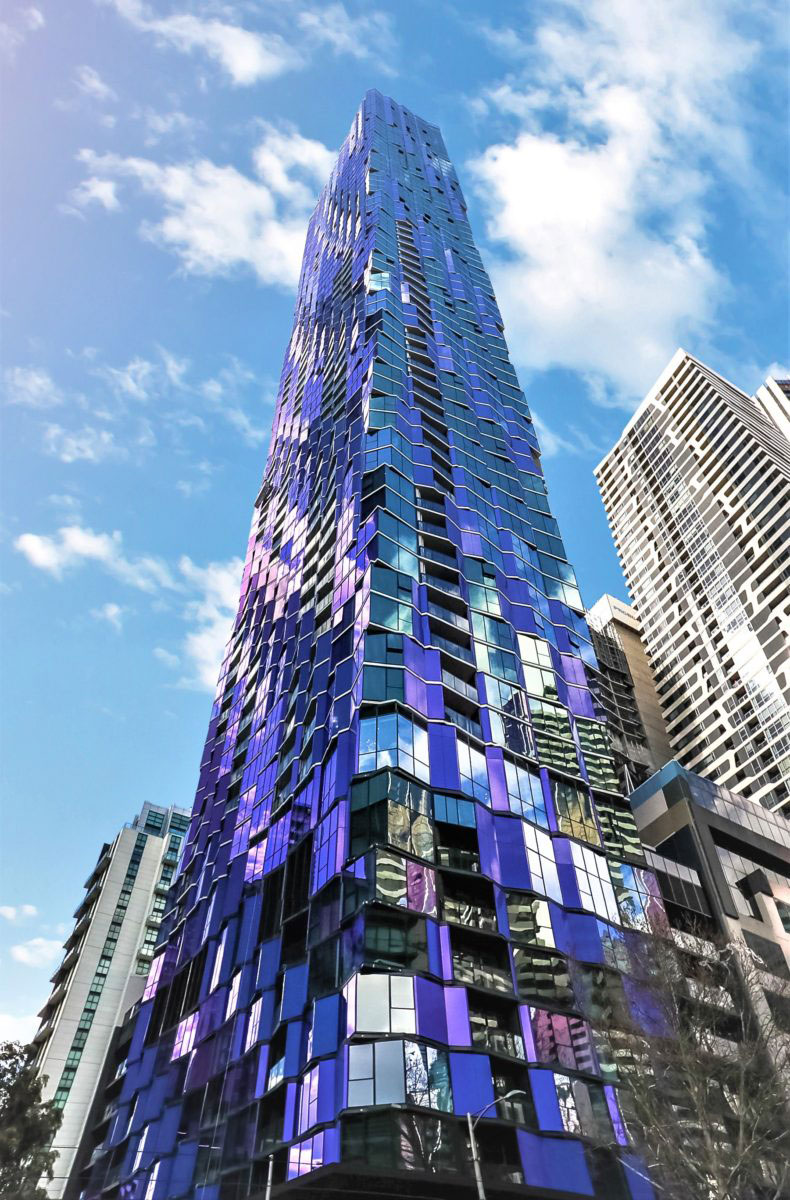 The architects at Elenberg Fraser describe their design as, “…a twisting helix that seems to defy the laws of physics. Appearing to turn on its trajectory, the building has no corners.”

The architects further describe, “This three-dimensional kaleidoscope not only twists and undulates on its axis but its façade is a moving object. The effect of constant motion is amplified by the iridescent contrasts of the goniochromism panels (which change color depending on your perspective)…” 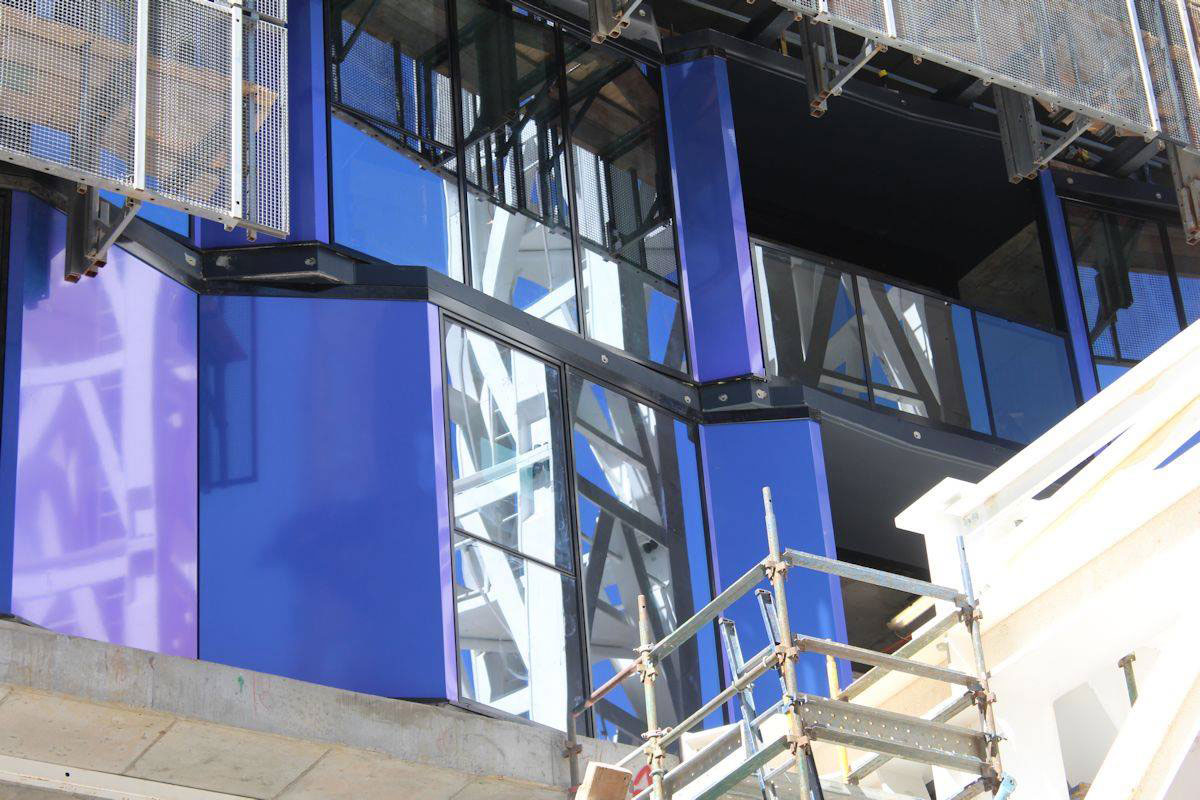 The panels are Alucobond PLUS aluminum composite material in a custom Spectra finish. The spectra line of Alucobond panels is color changing with the ability to shift hues based on perspective angle. When viewing the high-rise from various angles, above, below, from the North, from the South the building looks as if shades of purple were chosen when in fact it utilizes a single panel finish. The result is as Elenberg Frasier quotes “a three-dimensional kaleidoscope.” 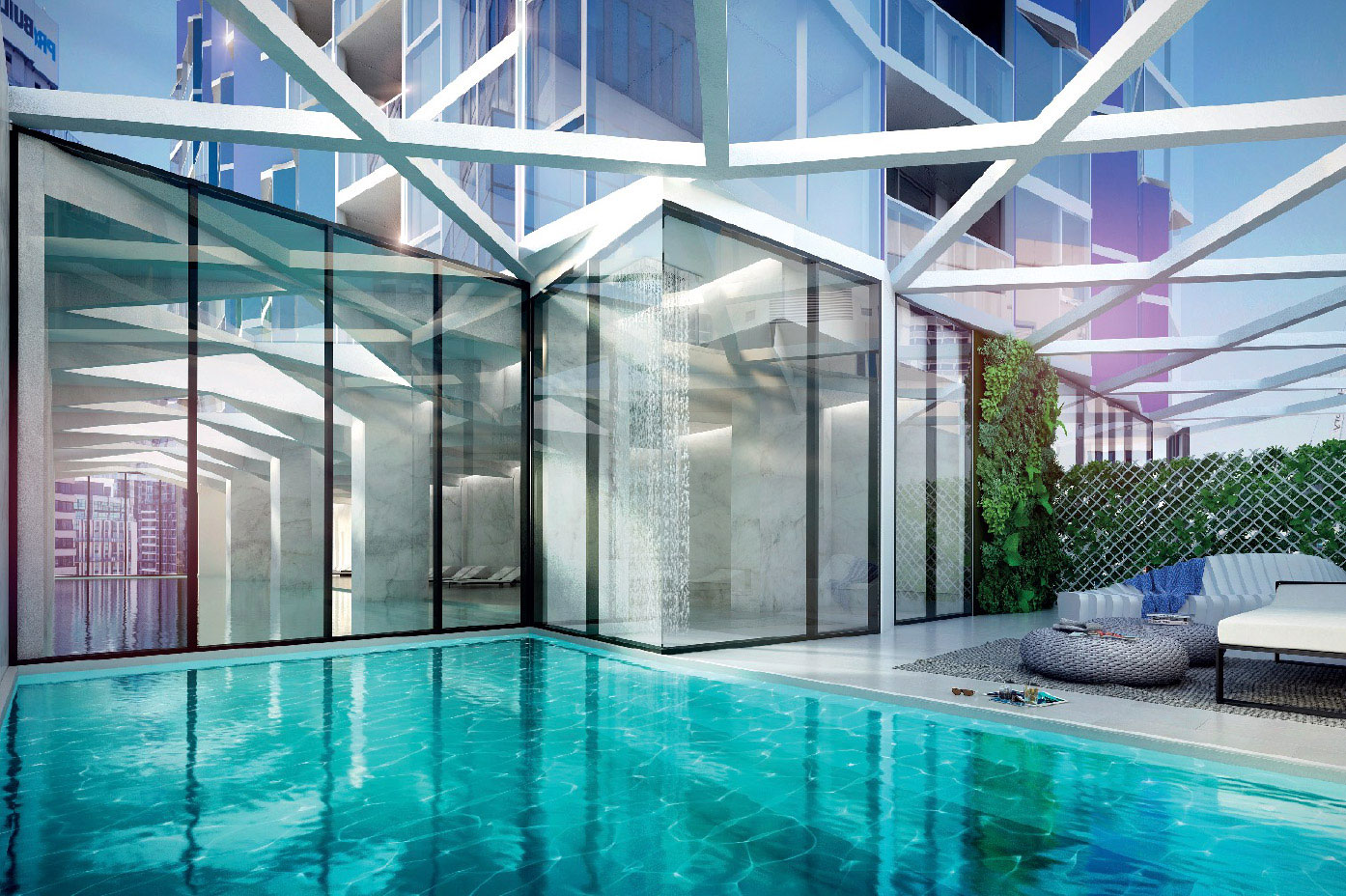 We often see innovative designs utilized in the mixed-use residential marketplace but these building are not only aesthetically pleasing, the best designs utilize a mixture of form and function. The Light House Central Building District (CBD) apartments were created with their residents in mind to optimize natural daylight, privacy and cityscape views. Interestingly, the interior of the high-rise features a series of contrasting neutral tones with naturally influenced materials.

The architects describe, “Here apartments are as unique as their owners, as every room accentuates a different view out over the Melbourne landscape.”