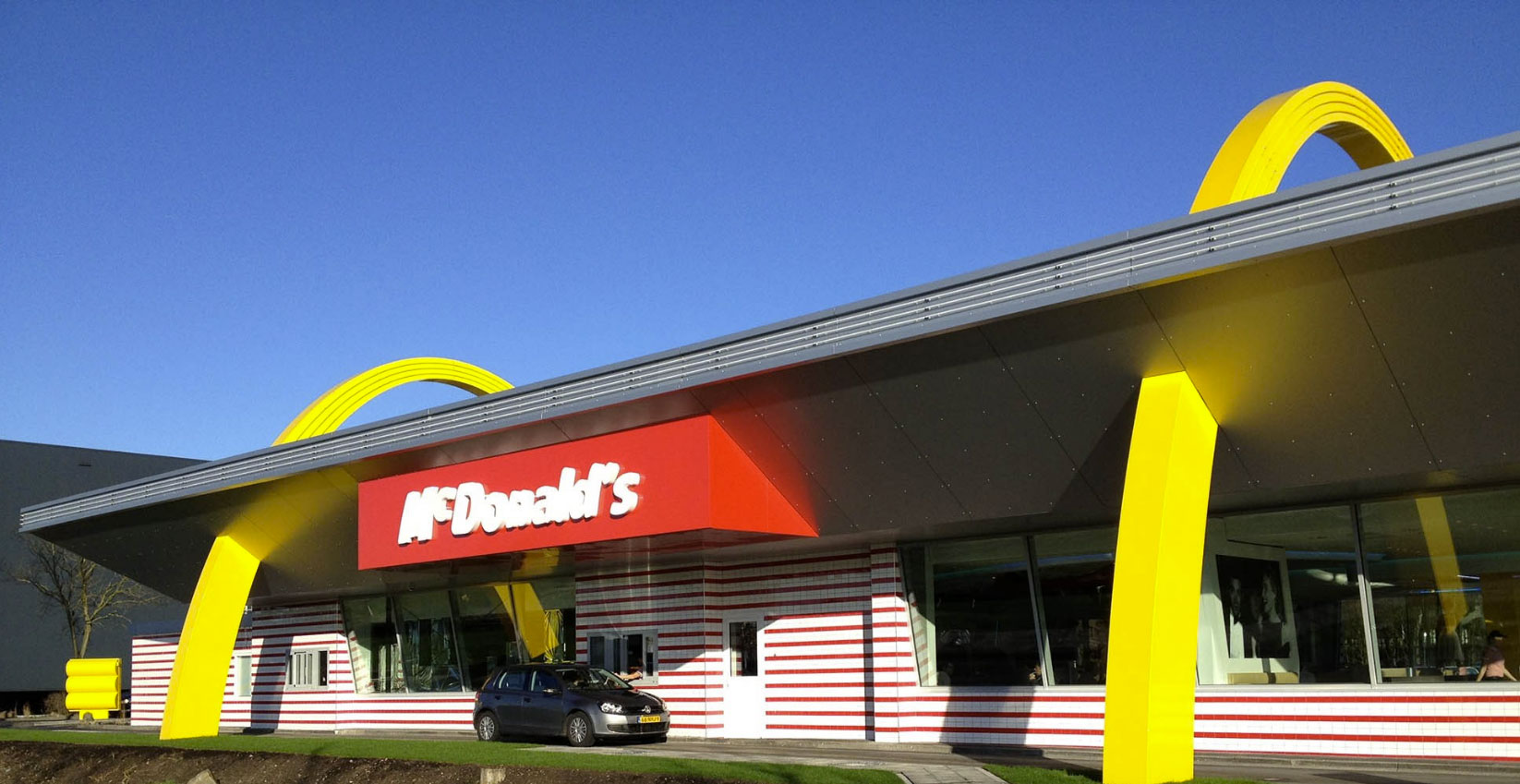 McDonald’s Best, in Best, Netherlands, opened in 1993 with the same mansard style roofs seen in McDonalds’ restaurants around the world. The interior, even in 1993, had a Rock ‘n Roll theme with an iconic jukebox, 1950’s car mounted to the ceiling, and a life-size Marilyn Monroe figure. 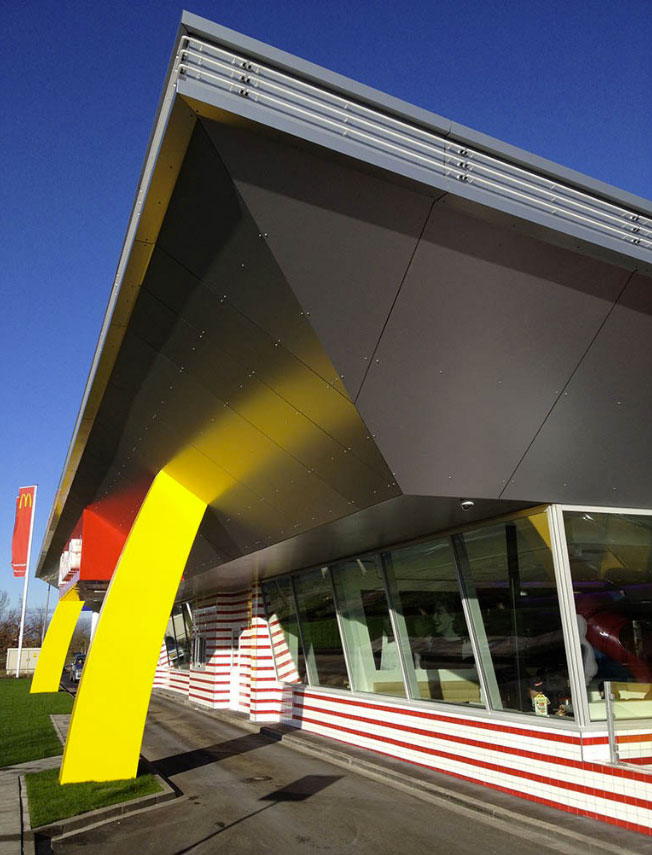 In 2012, the restaurant had a complete remodel and is the only McDonald’s in the Netherlands to have the signature 1955 retro look on both the interior and exterior. BRTArchitecten, an Alkmaar-based architecture firm, who remained true to the original design, completed the revamp.

The metal-colored exterior façade with protruding yellow arches as well as the red and white ceramic tiled walls, are elements of the 1950’s design. 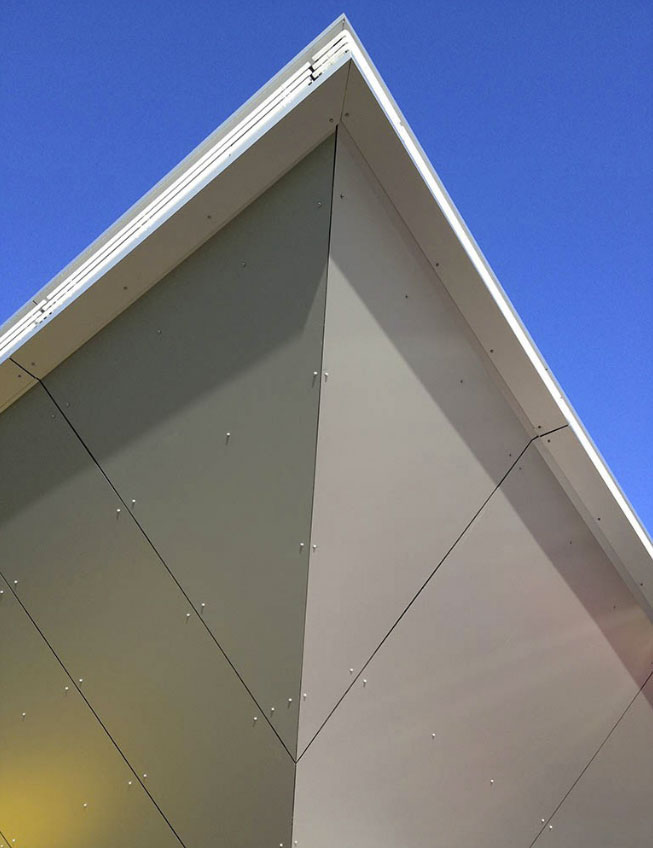 Alucobond Silver Metallic was used on the building’s signature exterior serving as a great contrasting element against the brightly colored yellow arches that jut out from the façade. The building’s design is an ode to the Des Plaines, Illinois location from 1955, which was the first franchise opened by Ray Kroc after his partnership with the McDonald brothers in California. The Des Plaines location is now a museum. 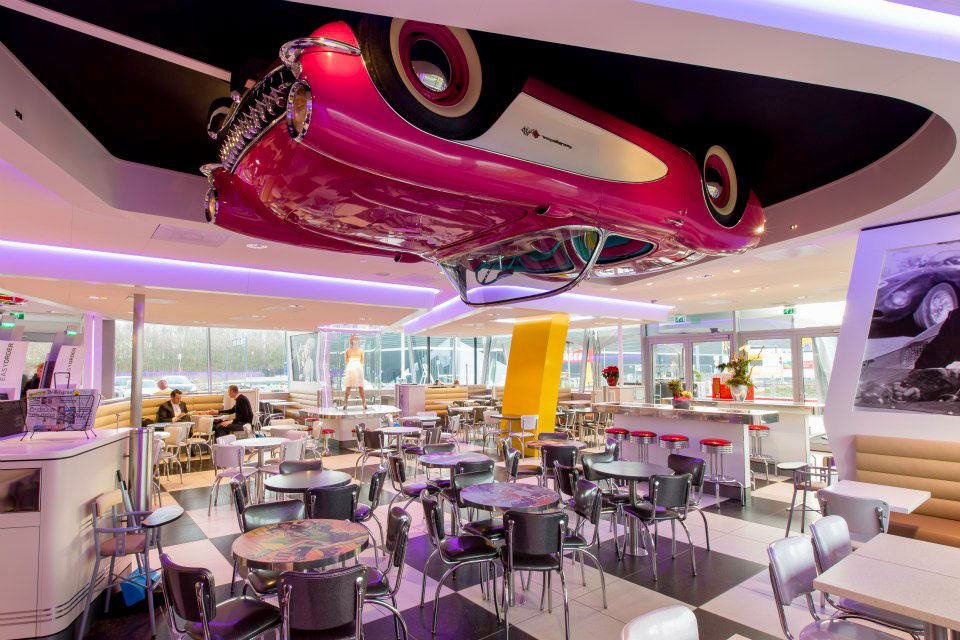 The interior is dripping with nostalgia from the chrome and patent leather seating to the posters of 1950’s icons in every booth. Of course, there are modern amenities included on the interior as well, such as digital order terminals near the counters.

The McDonald’s Best restaurant debuted its new look in August 2012. Interestingly, the very first European McDonald’s to open was coincidently in the Netherlands, near Amsterdam, in August of 1971.

information and photography courtesy of BRTArchitecten and Alucobond Europe