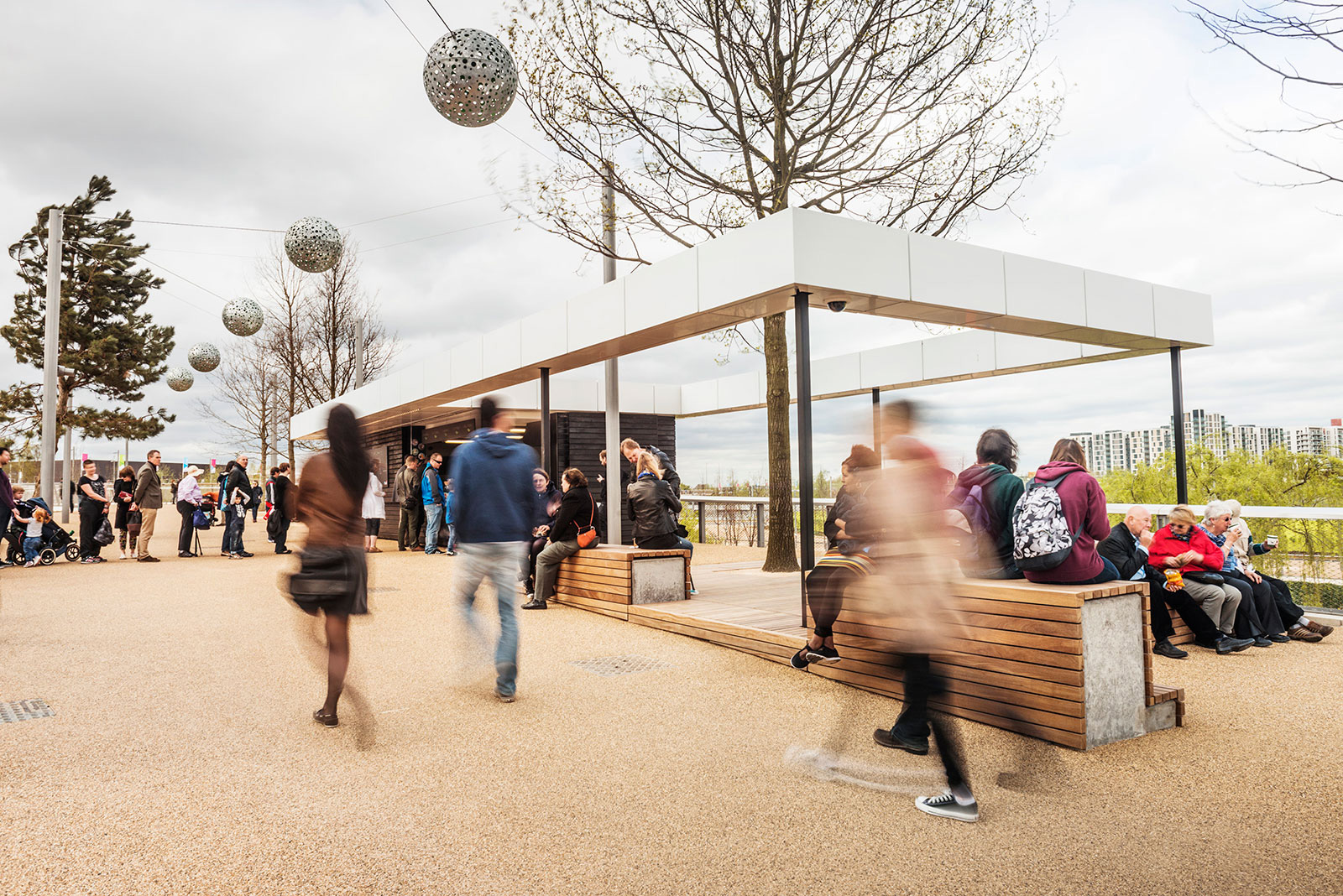 The competition-winning ‘Podium’ building by Make Architects transformed the old Olympic Park in Stratford, England with another spectacular destination.

Near the Olympic Stadium, the Aquatics Centre and the Orbit, the Podium features an interactive art installation, intriguing passersby with its pixel wall. 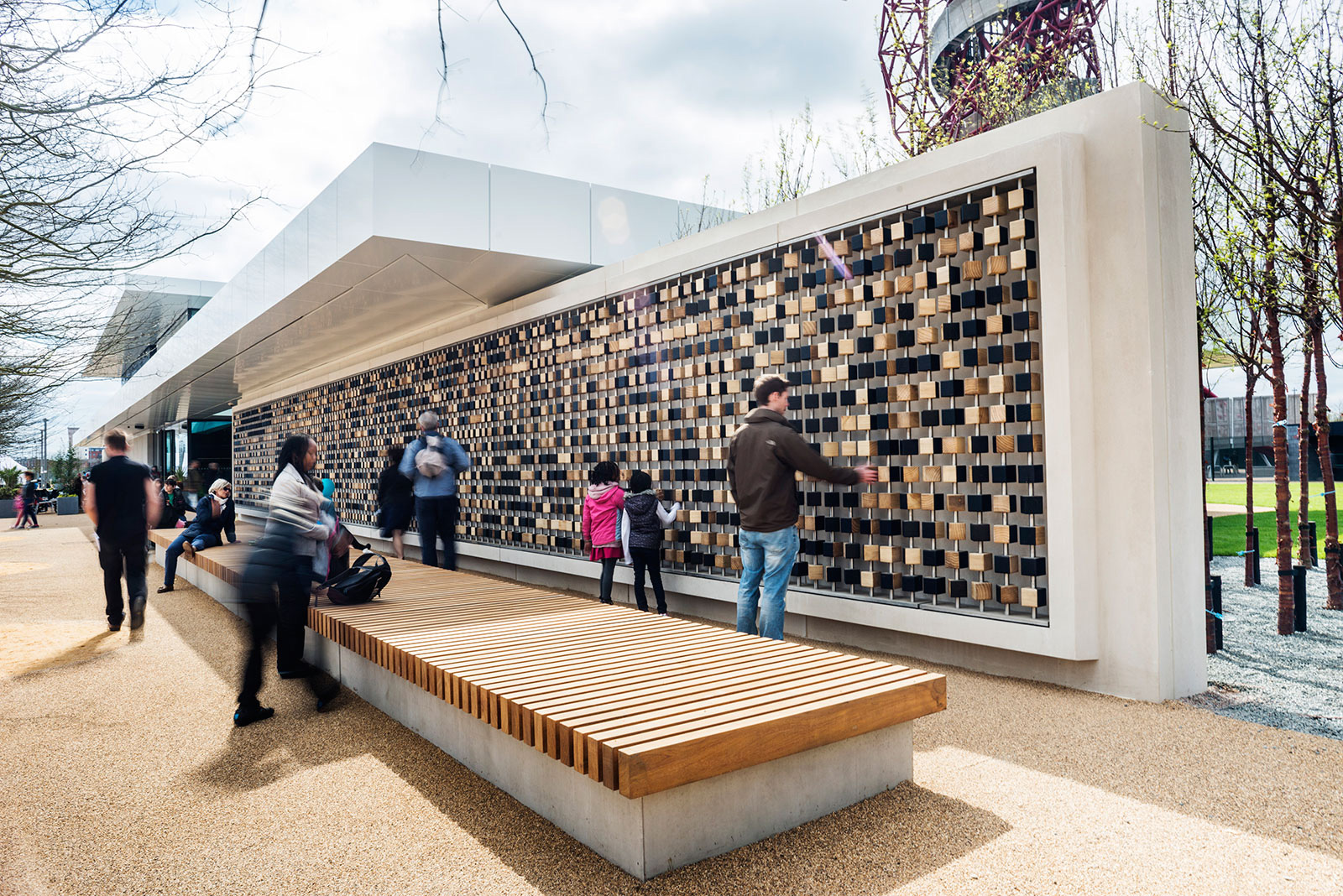 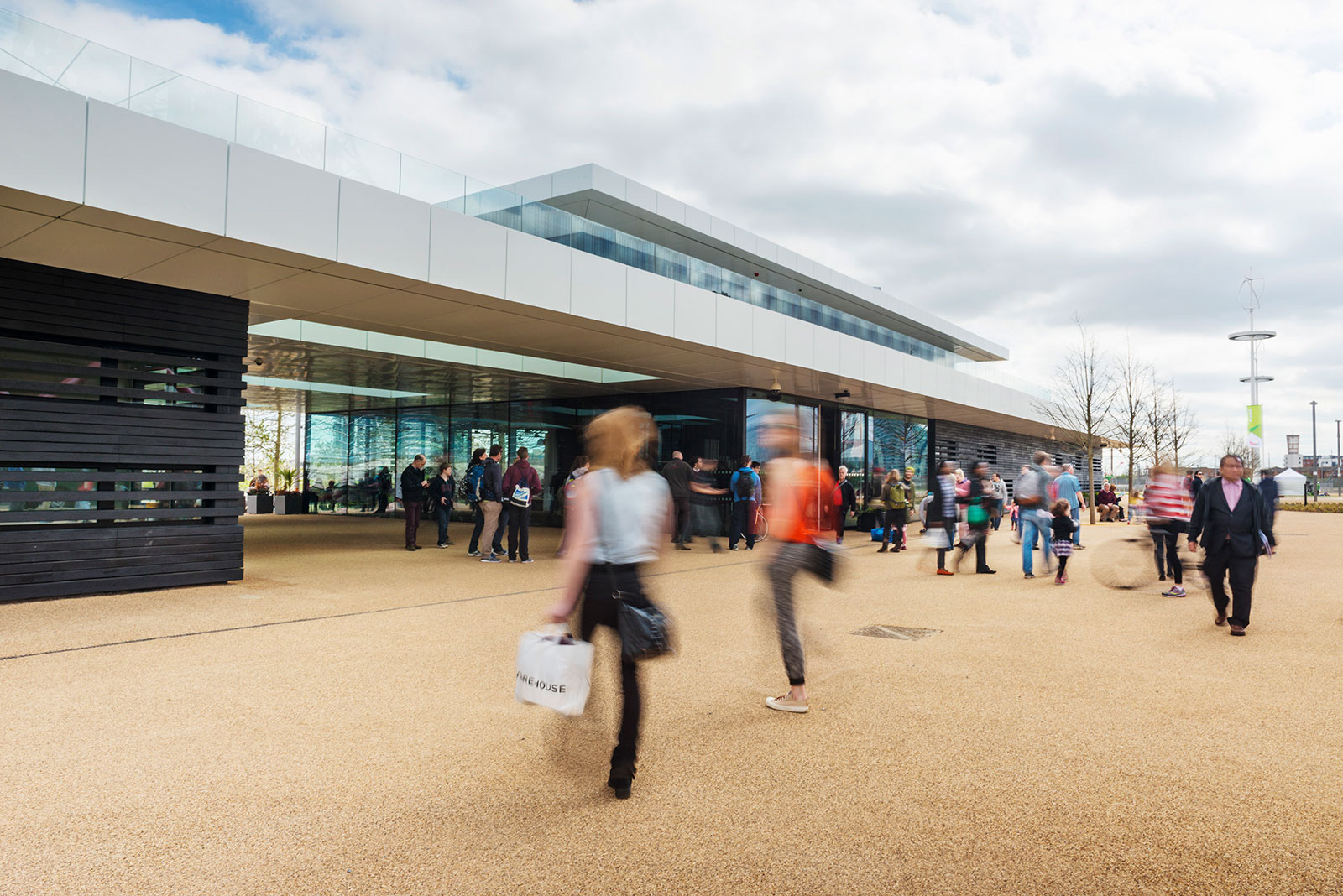 Darkened timber was created using a traditional Japanese technique, ‘Yakisugi’, which involves charring preserving the original cladding on the vertical plane, which serves as a great contrasting element to the white Alucobond aluminum composite roof. 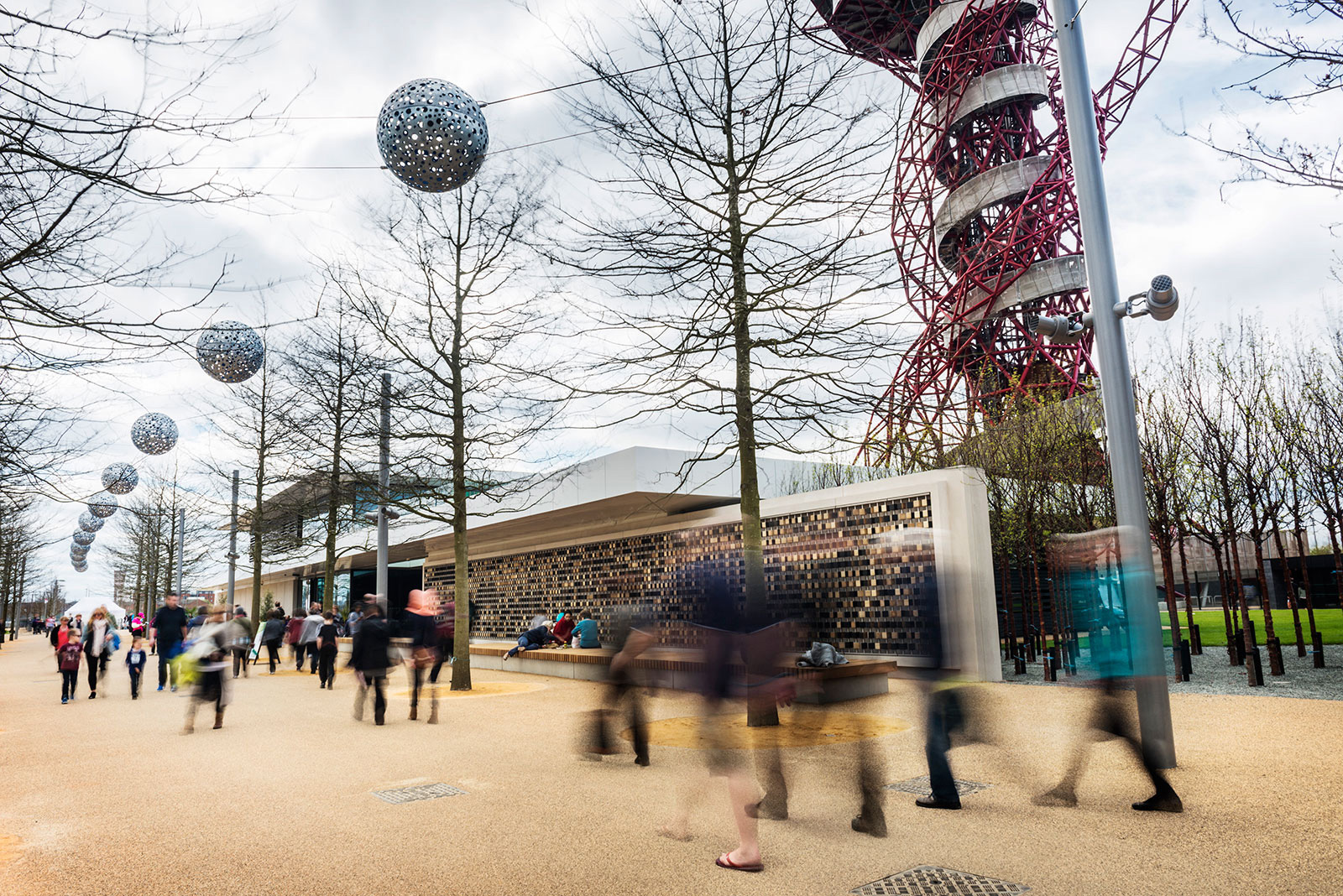 According to the architects, “Due to the scale and complexity of the park’s prominent stadia, we proposed a simple, low-lying pavilion which is subtly stitched in to the flowing lines of the landscape, complementing the nearly large-scale structures.” 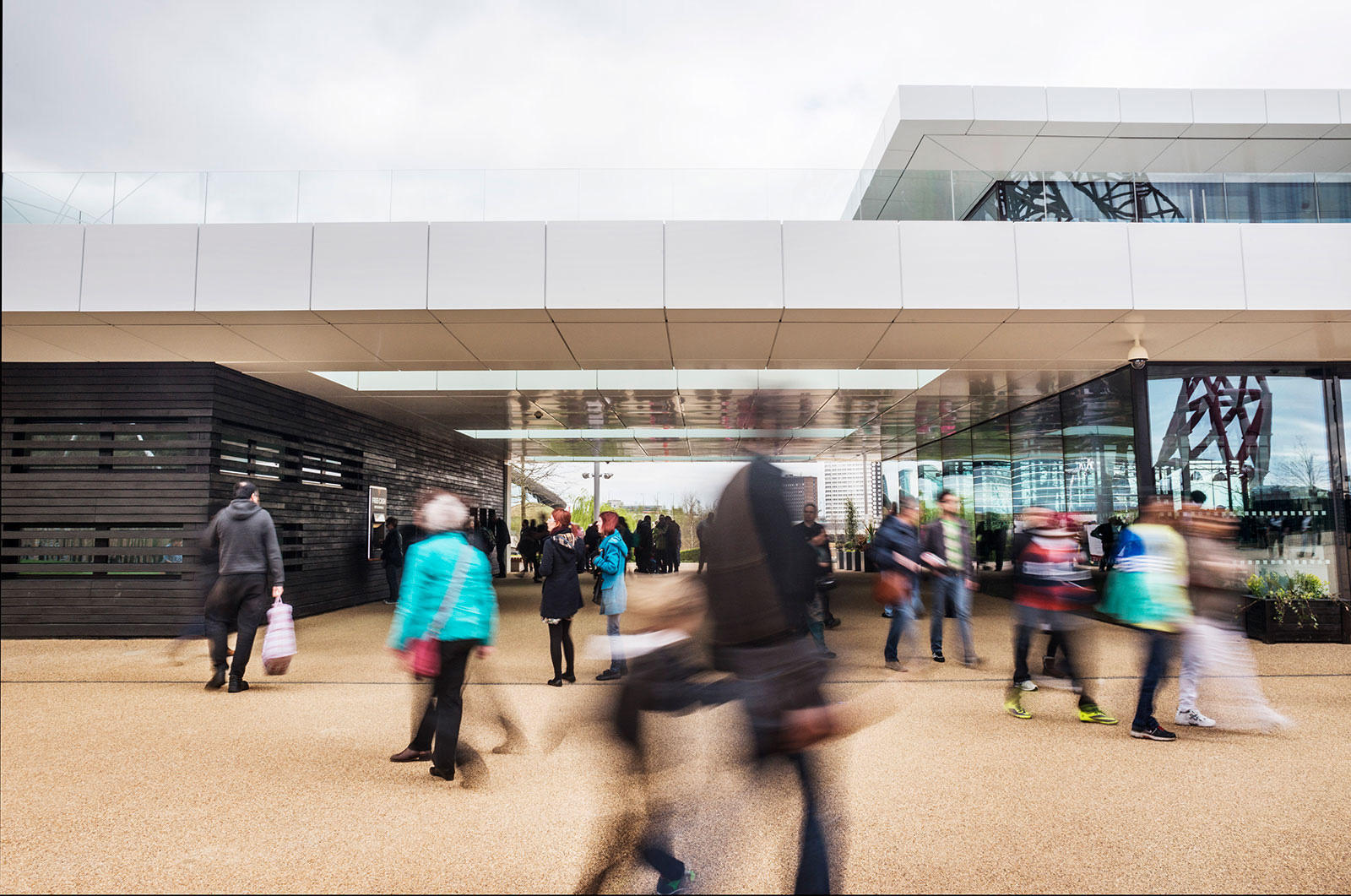 The playful pavilion, in its subtle and calming hues, creates a riverside destination whose energy and carbon efficiency lead to a BREEAM (Building Research Establishment Environmental Assessment Methodology) excellence rating.