The Use Of Alucobond Aluminum Composite Cladding In Responsive Architecture 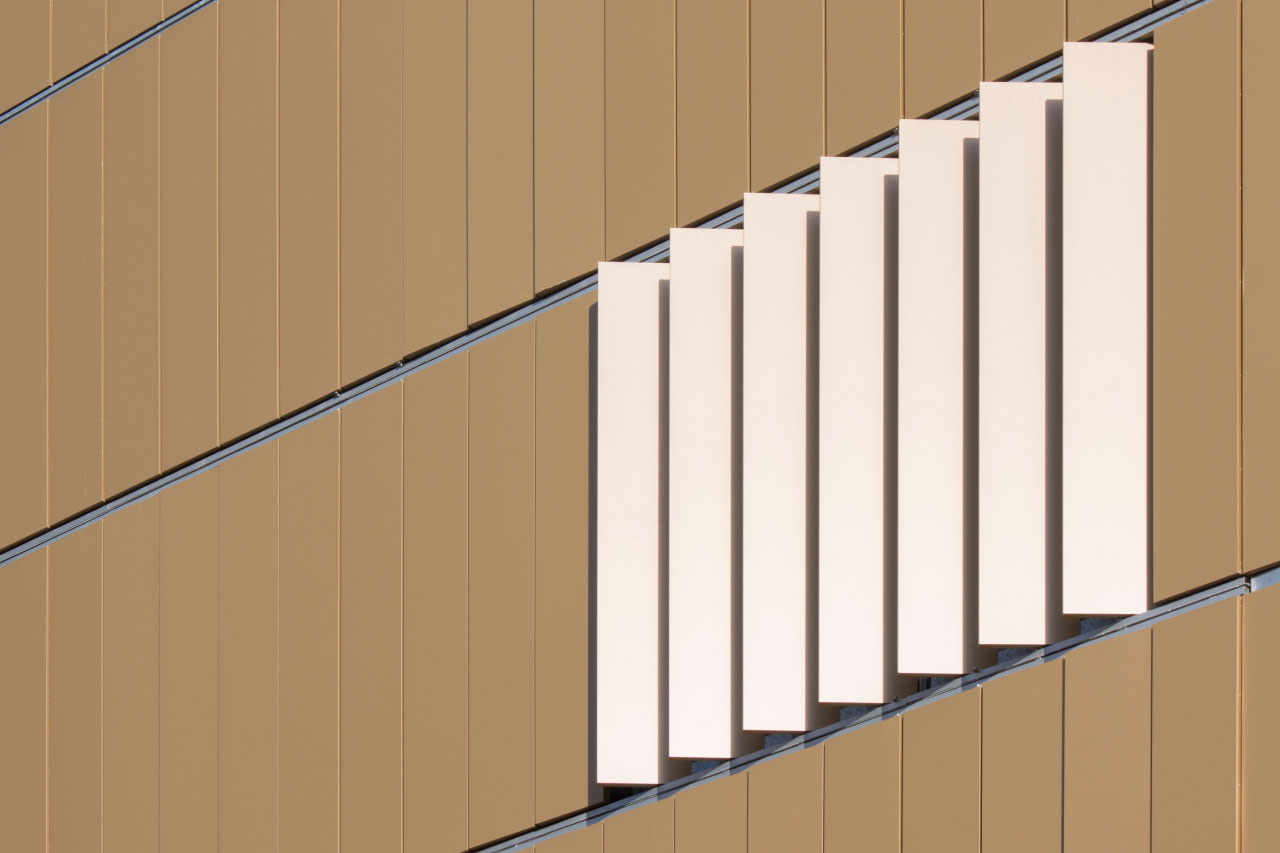 Responsive designs refer to both kinetic and dynamic façades and include non-stagnant building construction. These facades respond to their environment either via technology or manual stimulation. The responsiveness usually facilitates some kind of climatic benefit in which a daylighting or other energy efficiency function is enabled. Although the responsiveness of a façade can be purely aesthetic as well, adding a dimensional characteristic not often seen in architecture.

The technology related to responsive façades is predominantly associated with advancements in materials such as glass, windows, or coatings. When exploring the capabilities of producing an energy efficient structure, designers often utilize aluminum composite material (ACM) as a collaborative material, used with a solar efficient glass, advanced coating system, or along side building-integrated photovoltaics. Less often are designers transforming the aluminum composite cladding itself to assist in the energy performance of the building.

Leading the way in responsive building design is France, in particular the city of Paris, who has become synonymous with sustainability. 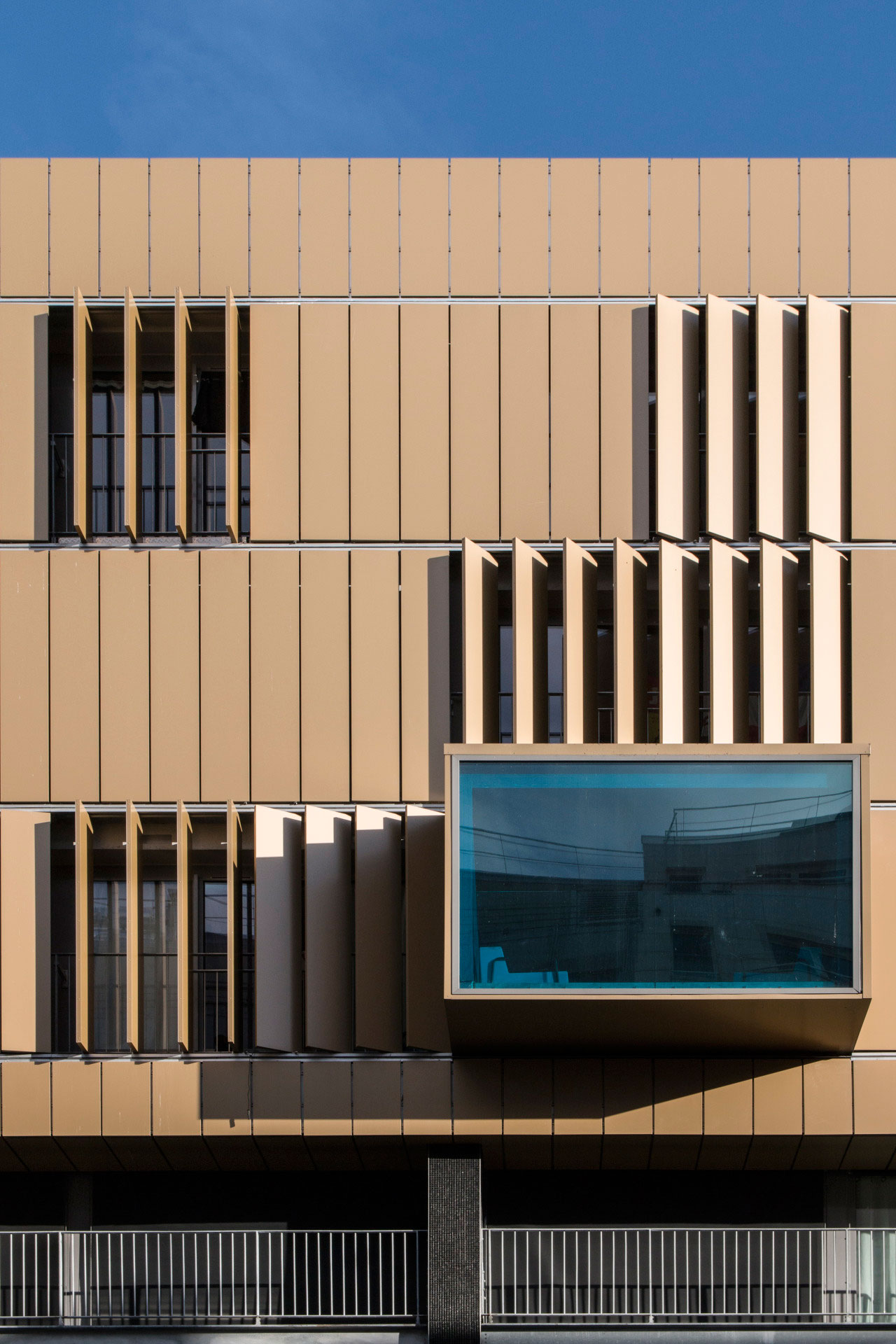 In the renovation of the Rue de Bercy, a former post office converted into student and social housing, a golden façade was created. The architects at Audren et Schlumberger designed the modern rear-ventilated exterior using Alucobond Gold Metallic and Anodized Look panels.

The redesign focused on a solar protective façade with integrated window shutters that can be rotated depending on the angle of the sun. The ability of the façade to move, allows for the building to adhere to the Plan Climat de la ville de Paris, a sustainability initiative that focuses on the reduction of energy consumption to combat climate change. 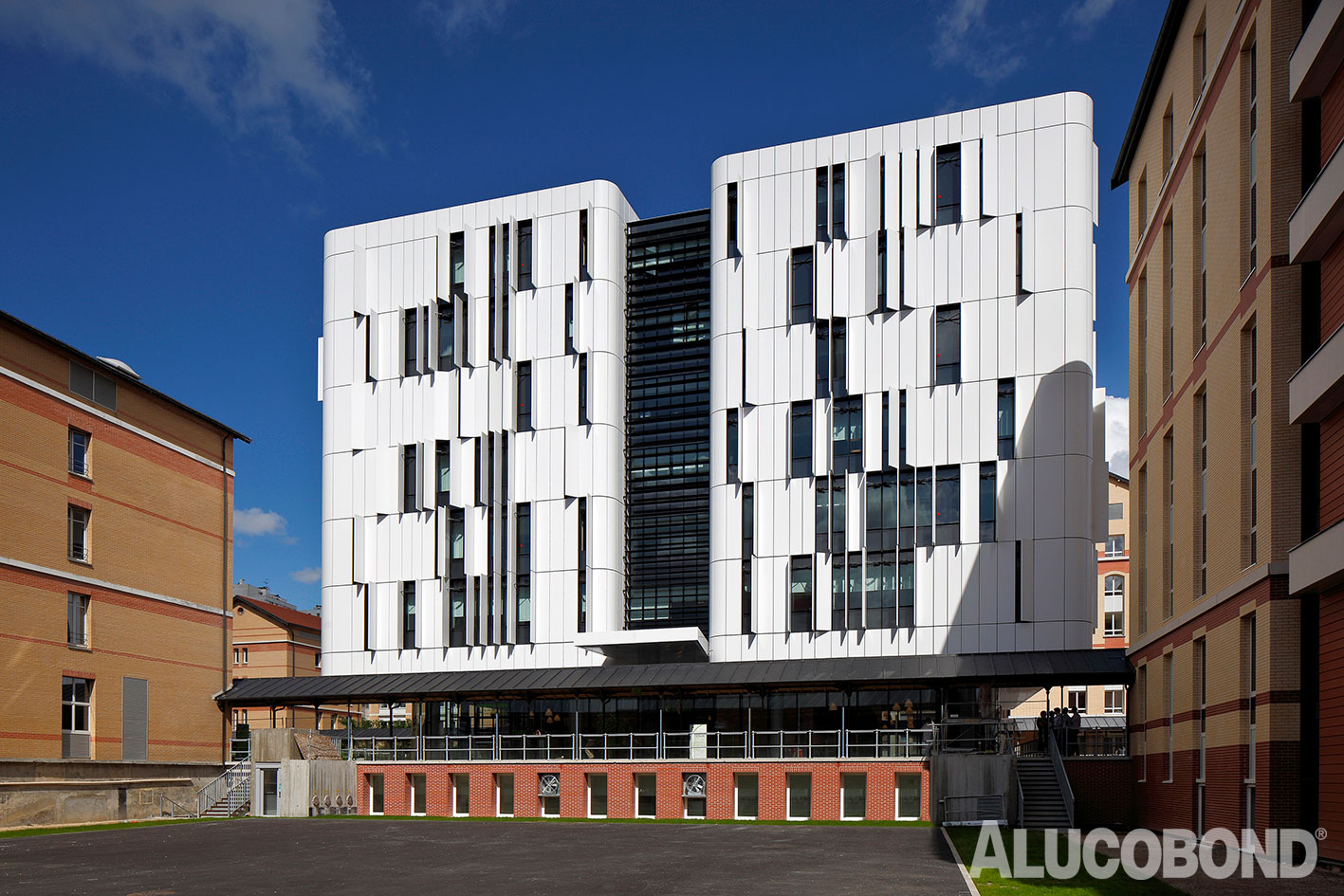 Winner of the 2014 ArchiDesignclub (ADC) award in the “Health” category was the St Joseph Maternity Clinic in Paris by AIA Life Designers. The Project transformed an 18th century hospital into a modern design marvel. The renovation was also an expansion project that created connectivity in the building plan, but focused on the historical significance of the site. 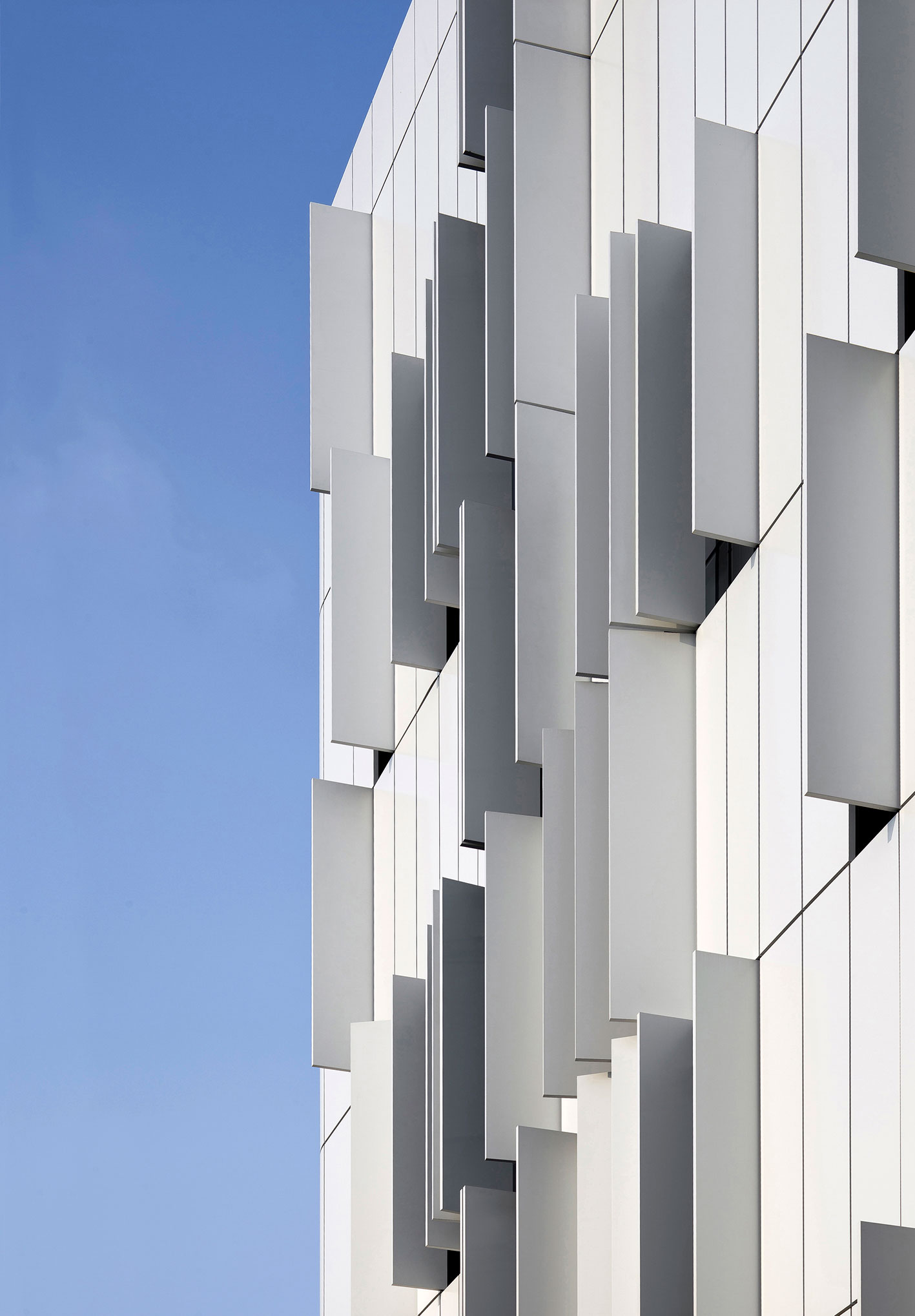 One piece of new construction was the addition of a rectangular, and centrally located, maternity clinic. Its position in the center allows it be the showpiece of the hospital’s design and showcase the importance of the new lives established there. The exterior utilizes a series of movable Alucobond White shutters. The movability of the exterior adheres to energy performance standards and also creates a compelling, ever-changing dynamic façade. Louvers in general perform two specific regulatory tasks to combat direct sunlight and/or wind. 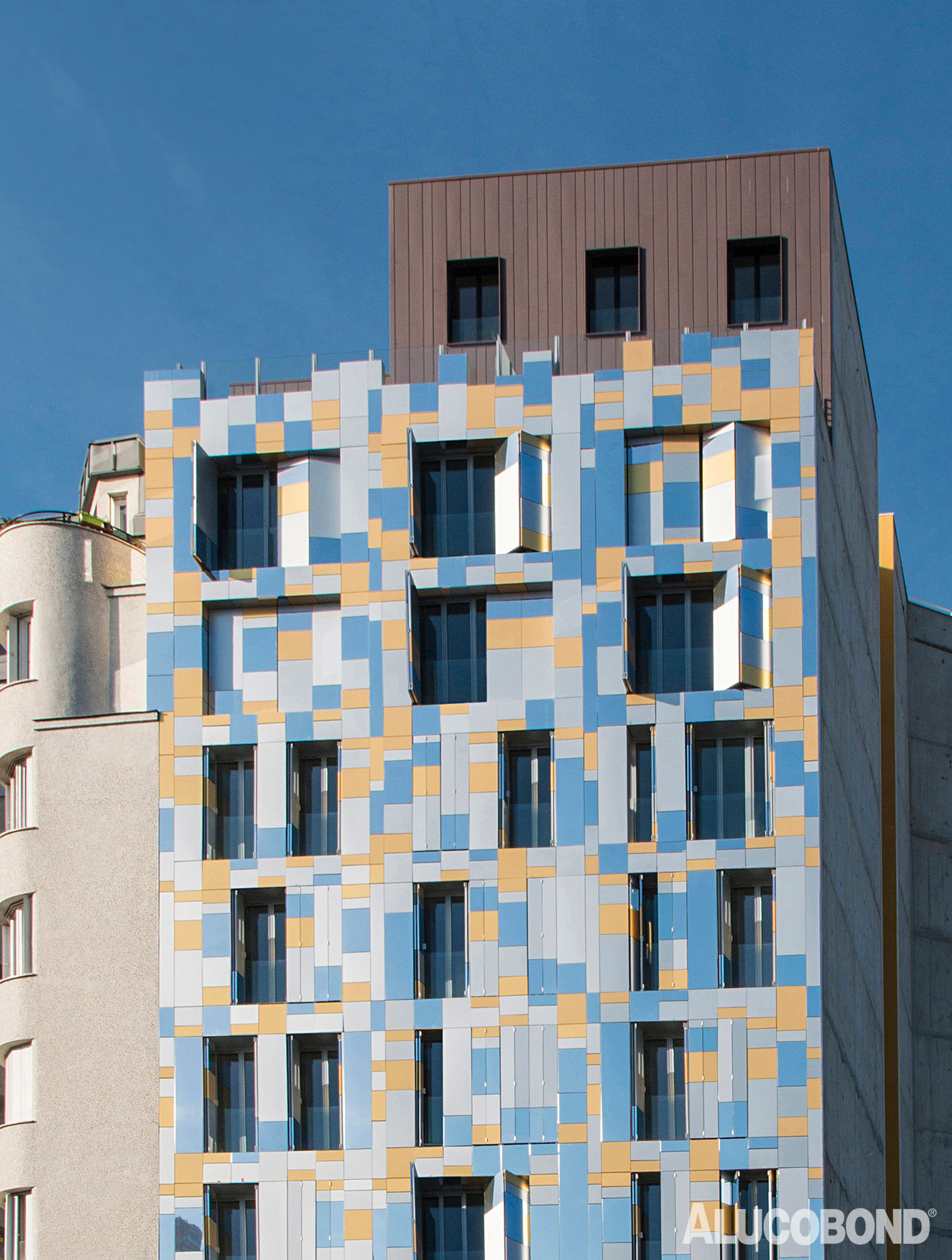 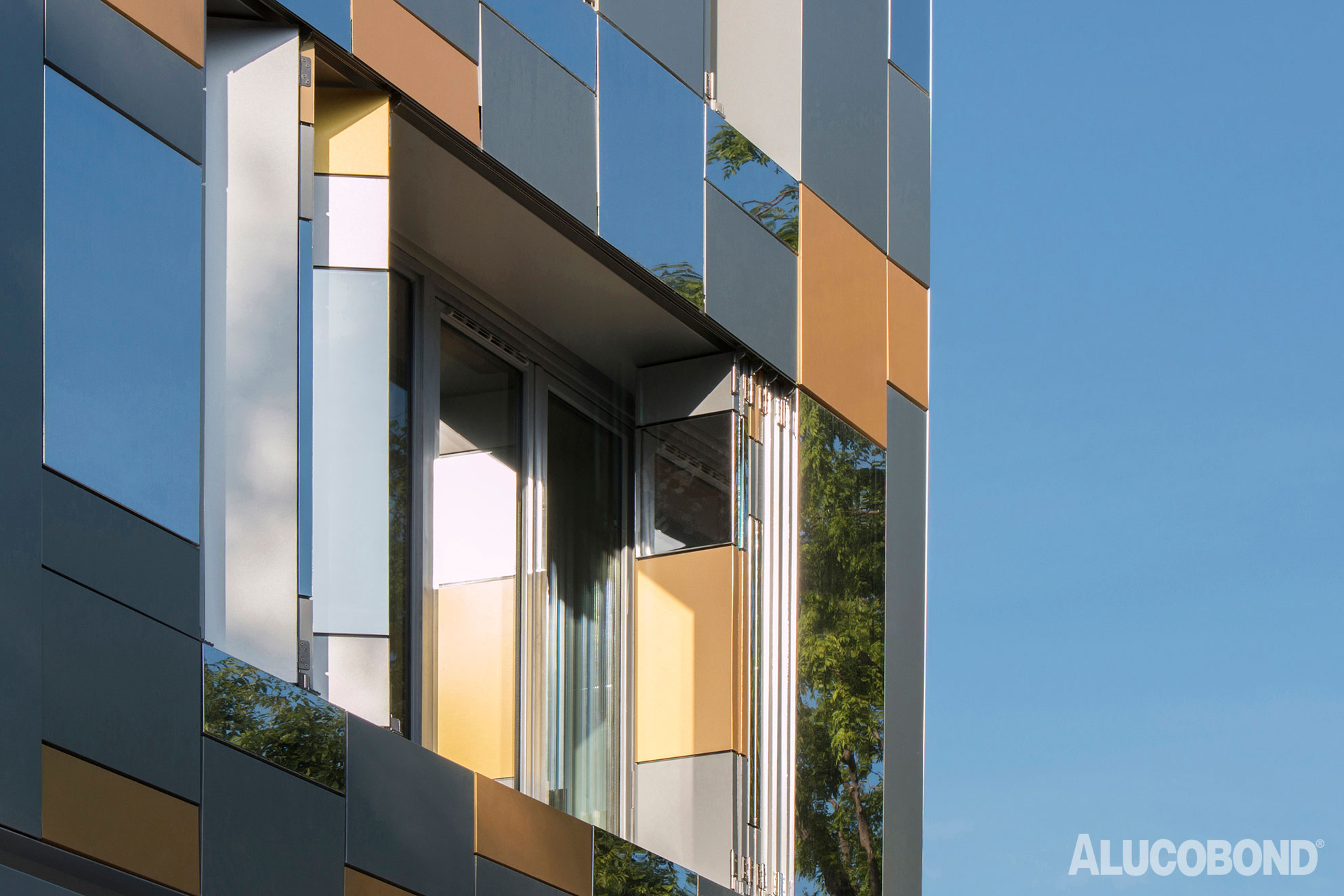 The building is located in close proximity to a high speed trafficked area, forcing the architects to construct a creative solution for the echoed sounds. This prompted the architects to create a pixilated façade with movable window shutters. The shutters can be operated individually and produce an interesting aesthetic. The exterior, with the three finishes chosen, creates an interesting interplay with natural light. Additionally, the use of mirrored cladding material allows for an added dimension of reflection from the busy street to the sky above.

Whether for sunshading, sound refraction, or purely aesthetic, the use of dynamic exteriors is becoming more prevalent in architectural design. Once satisfied with a flat exterior, architects are now looking for ways in which responsiveness can play a role in a building’s efficiency. These designs transform our understanding of what a building can do and push us towards more innovation solutions.