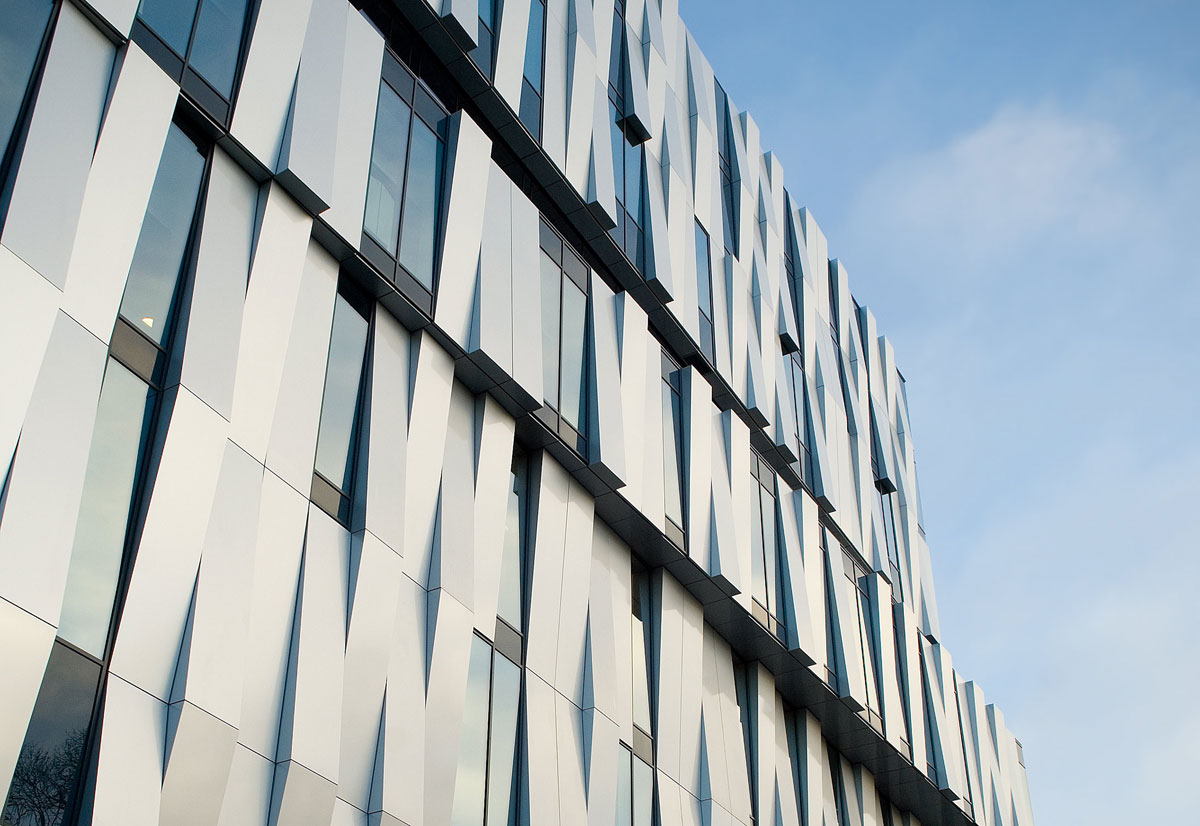 Henning Larsen Architects won first place out of 134 global applicants for their design for the Uppsala Concert and Congress Hall in Sweden. 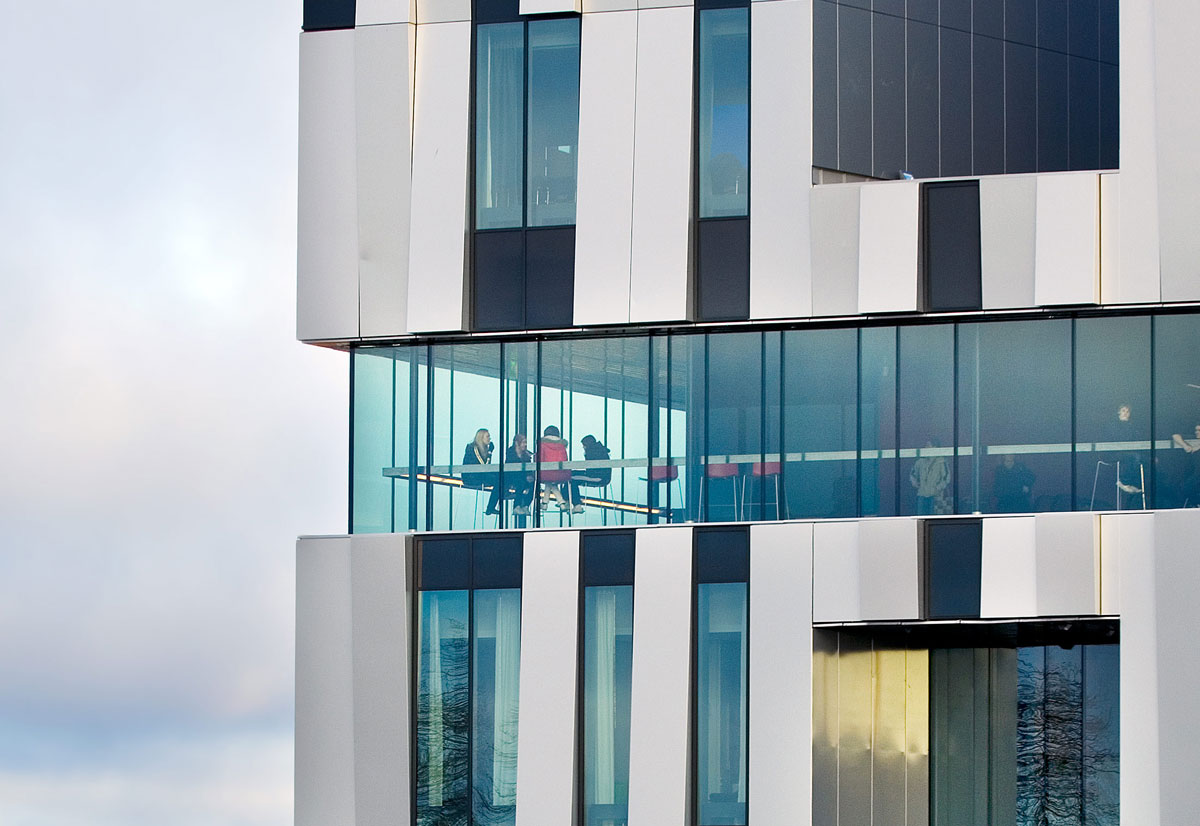 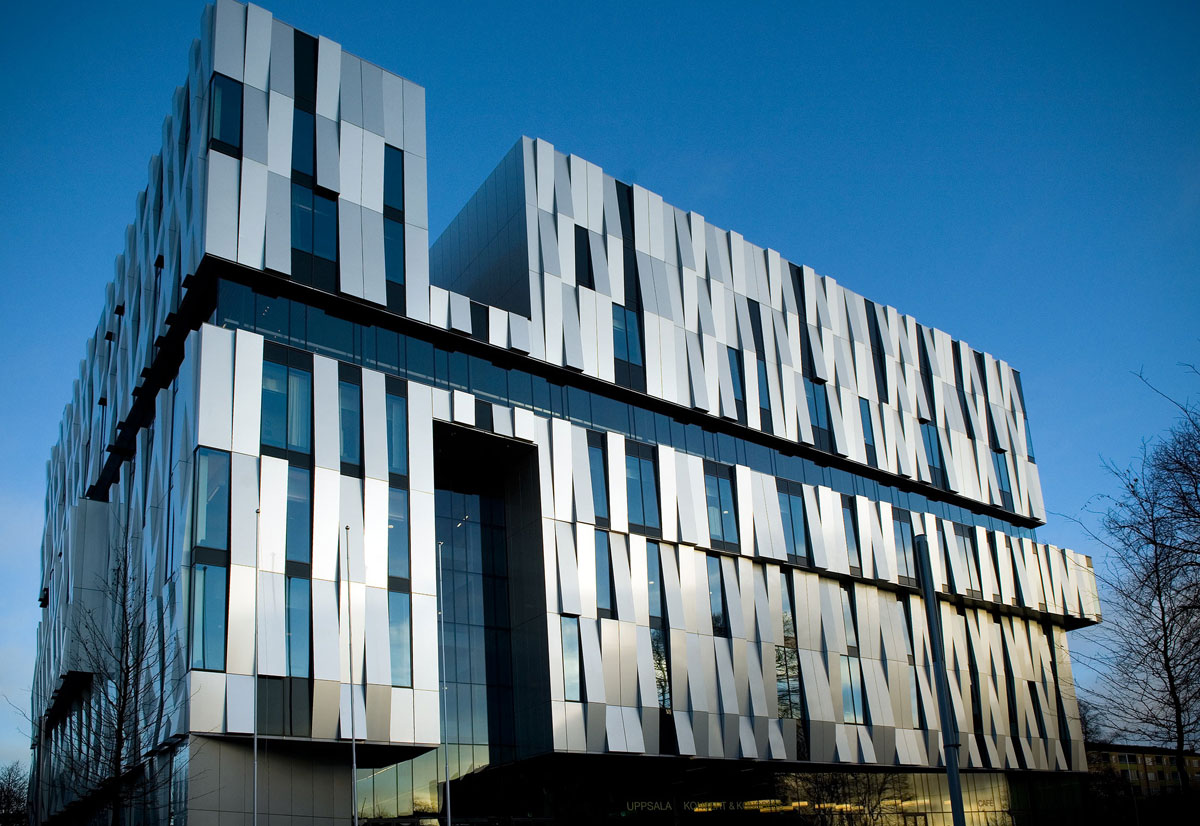 Although modern in design, the structure compliments its historic surroundings, providing an exciting journey within architectural past and present. 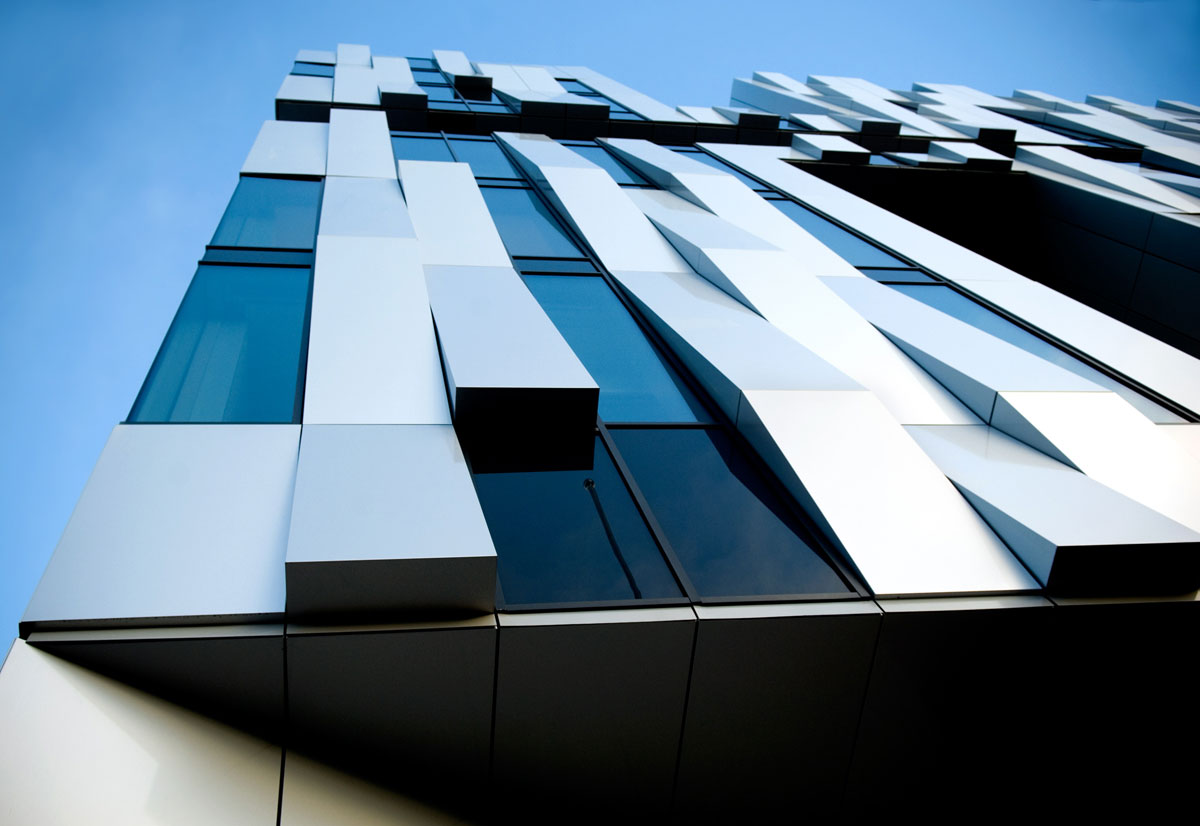 From a distance, the exterior appears to be several different shades of silver, while in fact it was fabricated in a three-dimensional fashion using only one color. The building is enveloped in Sunrise Silver Metallic Alucobond panels. The aluminum composite material (ACM) offers a contemporary alternative to what is used in the surrounding classical architecture.

Music is an incredibly important part of every culture; the concert hall unified the city’s music lovers, allowing it to become a sort of cultural epicenter. Interestingly, no real public use musical establishment existed in Uppsala before its construction. It became a great example of architecture’s ability to transform communities.

“Henning Larsen’s significance for architecture goes far beyond his own projects. He has inspired generations of Danish and international architects with initiatives such as the architectural journal Skala, which he published for more than 10 years. His unique approach to architecture, combining a sharp artistic and analytical eye, allowed him to ask the exact question that grasped the opportunities of a given project. His tool was space and daylight.”