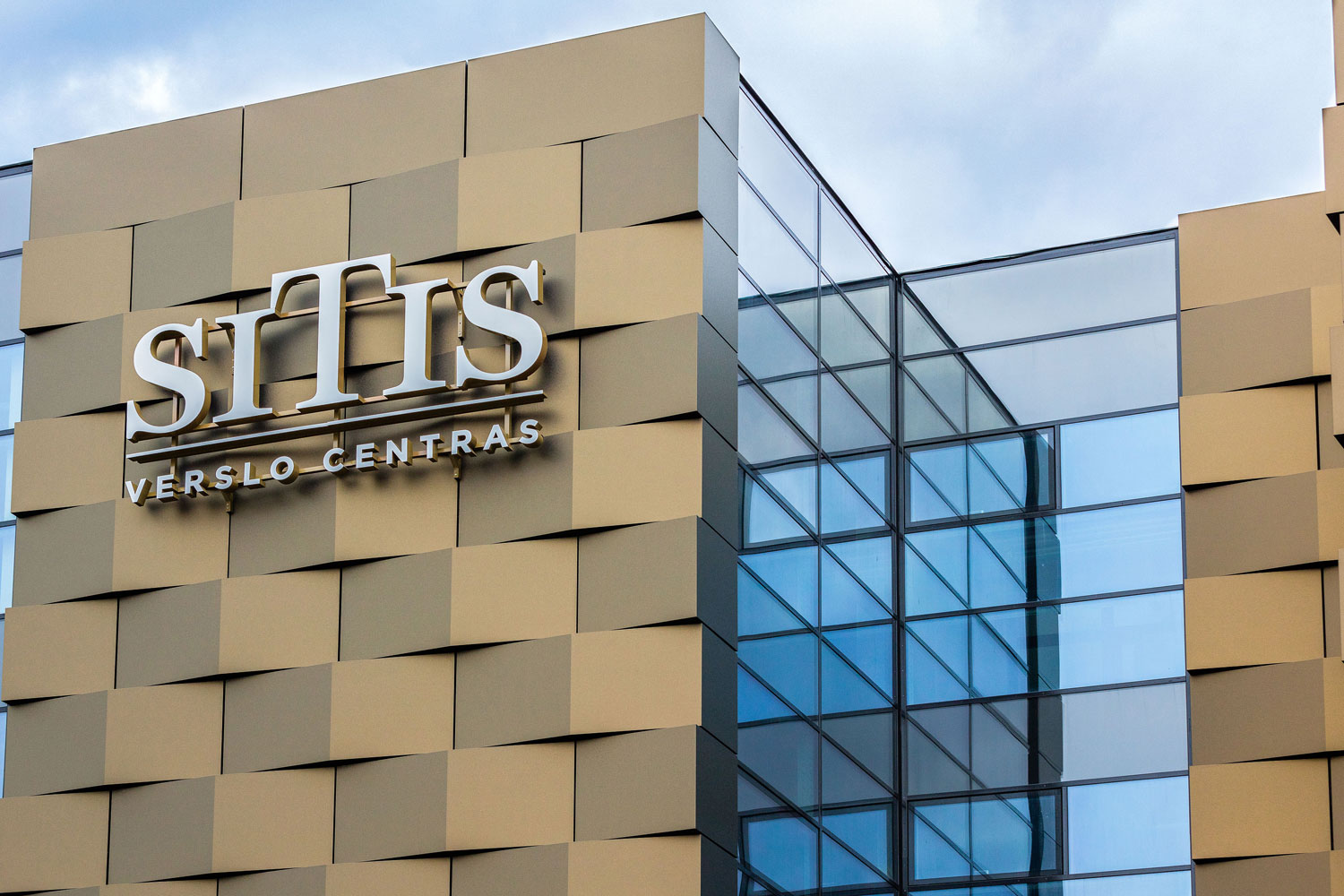 In Kaunas, Lithuania, the SiTis Business Center stands out with its impressive three-dimensional façade. Lead architect Rytis Račiūnas of nebrau.com studio in Lithuania designed the commercial office structure. Kaunas is the second largest city in Lithuania and is seen as a cultural and academic epicenter. New architecture competes with historically significant interwar Art Deco style structures, dating back to the 1920s.

The contemporary four-story building features retail and restaurant space on the first floor, while the remaining floors are open office space. 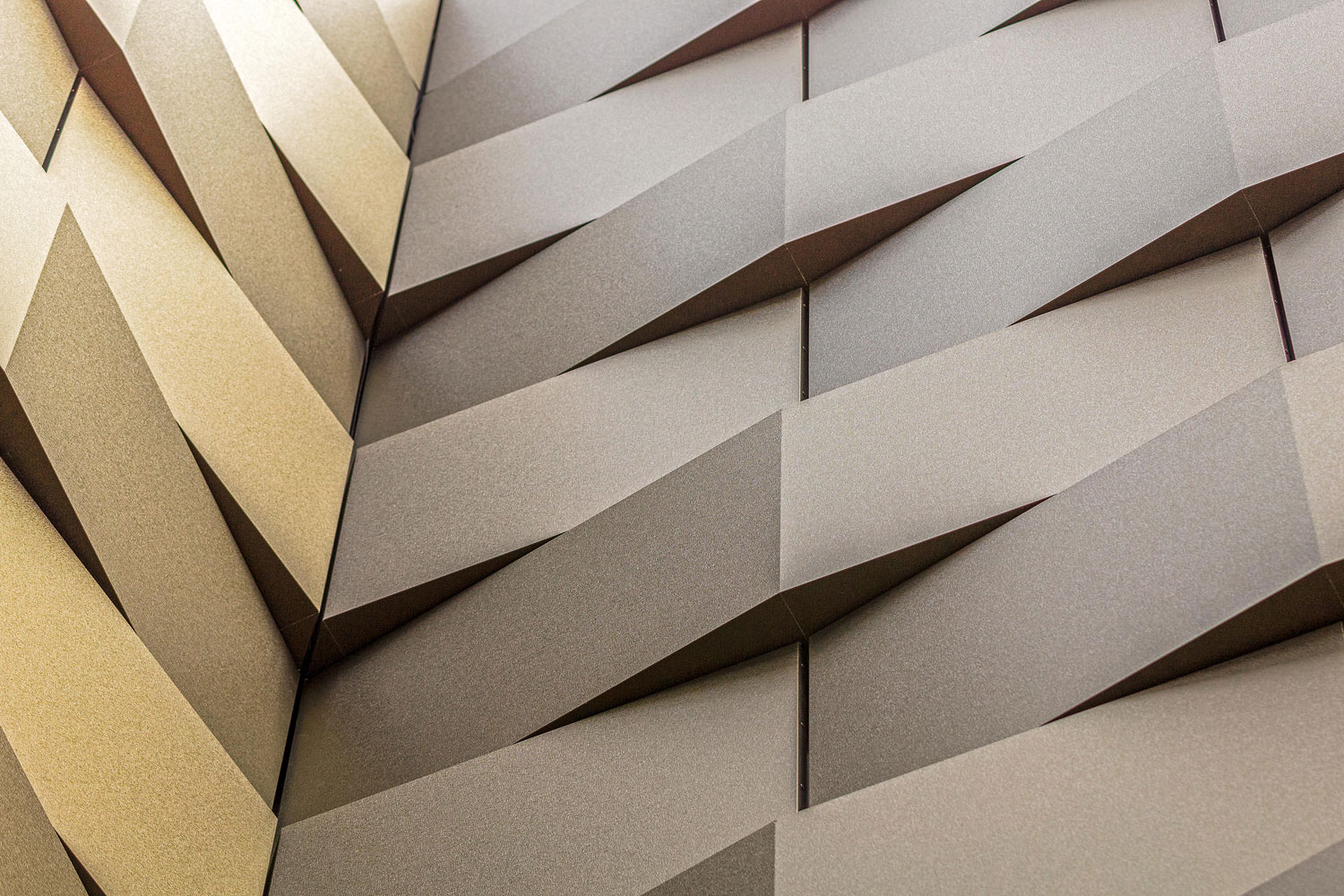 As the architects describe, “This building is in a strategically great city place, easily connected to the main artery street of Kaunas. It’s attractive with the structural facade material, which depends on sun effect – Alucobond panels changing color from gold to black.”

The three-dimensional façade utilizes the latest Alucobond PLUS series Terra with the mellow shimmer finish Pyrite. The iridescent stone series originated in Europe and was recently brought to North America. Unlike other stone finishes, Alucobond’s Terra series is weather resistant and can be transformed into three-dimensional designs utilizing folding and roll-bending techniques. 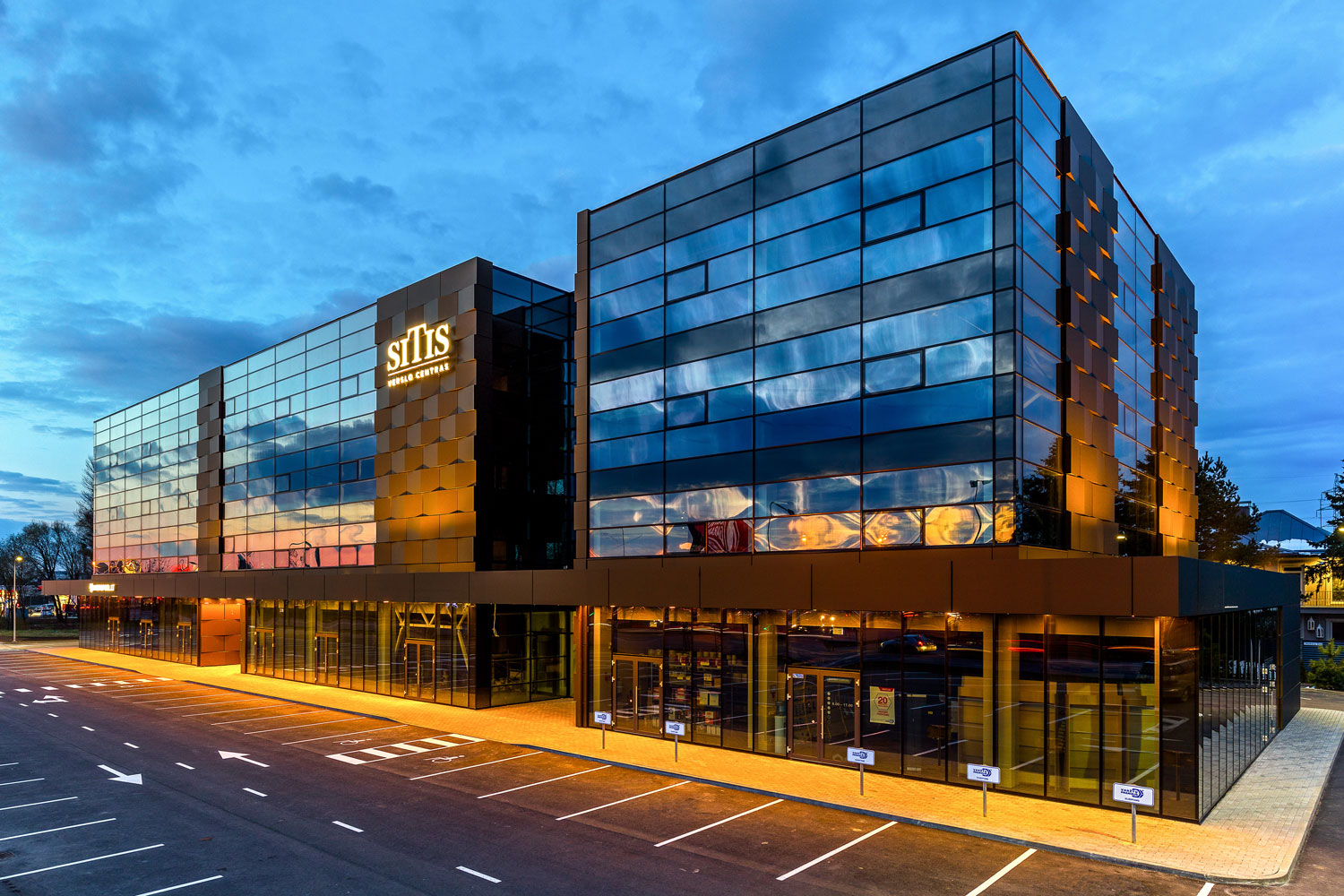 The impressive exterior features a mixture of aluminum composite and tinted glass curtain wall. The glass reflects the sky and creates a beautiful juxtaposition with the golden hued-aluminum. The undulating design creates a dynamic and one-of-a-kind exterior, woven on separated portions of the façade. 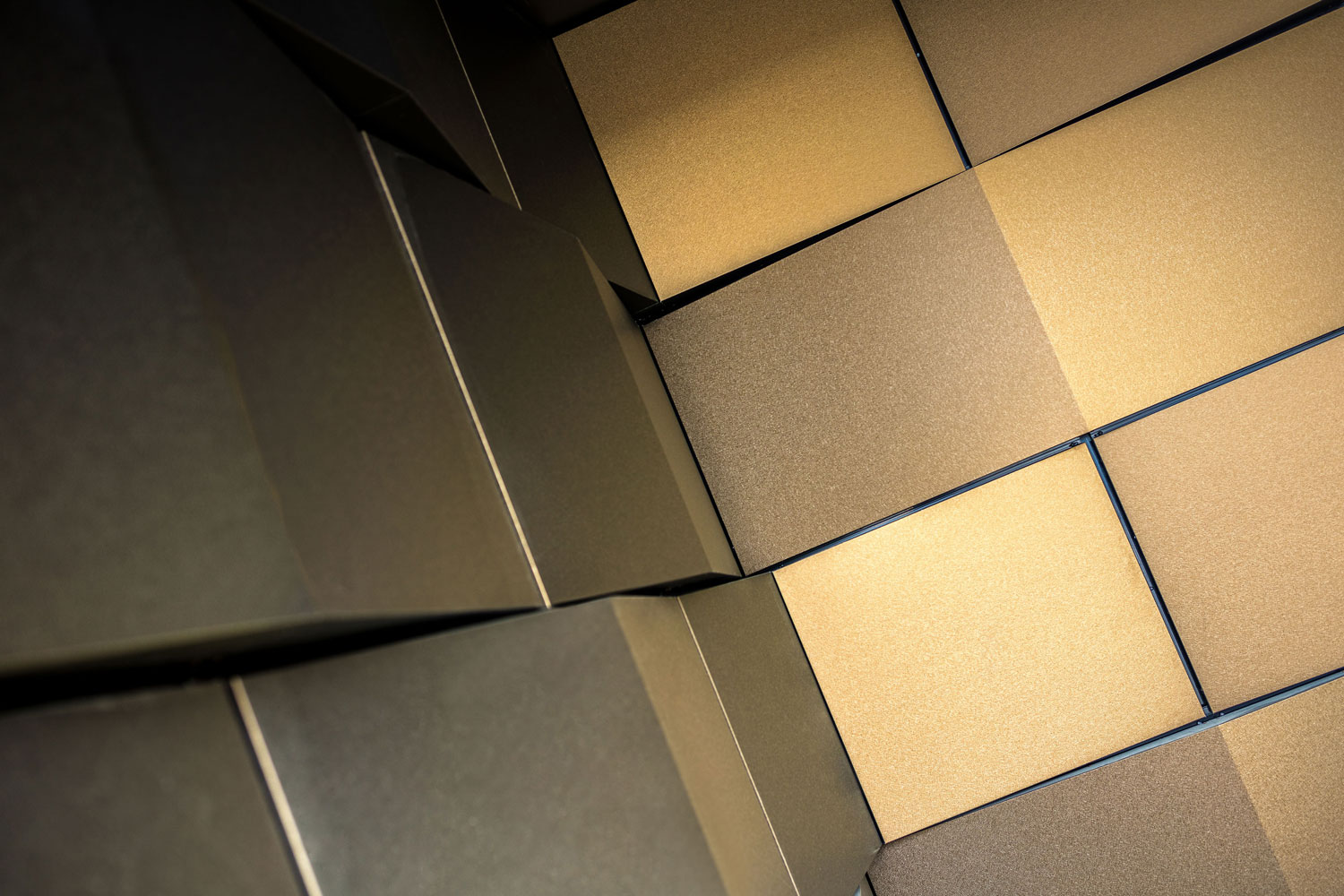 For the exterior, the fabricators at JSC LR GROUP and the installers at JSC RIKTINGA, worked closely to envelope the façade in its woven pattern. The luster of the Pyrite finish creates a unique view of the building at various times of day, and even under different weathering conditions.

The Alucobond PLUS material can adapt to the most complex contours of a building’s design. While taking on different shapes, formability does not affect the material’s stability or flatness. The rigidity of the panel remains intact. This allows, the material to be manipulated into the most abstract architectural designs. The PLUS material was developed exclusively to meet the higher requirements of fire regulations as well.