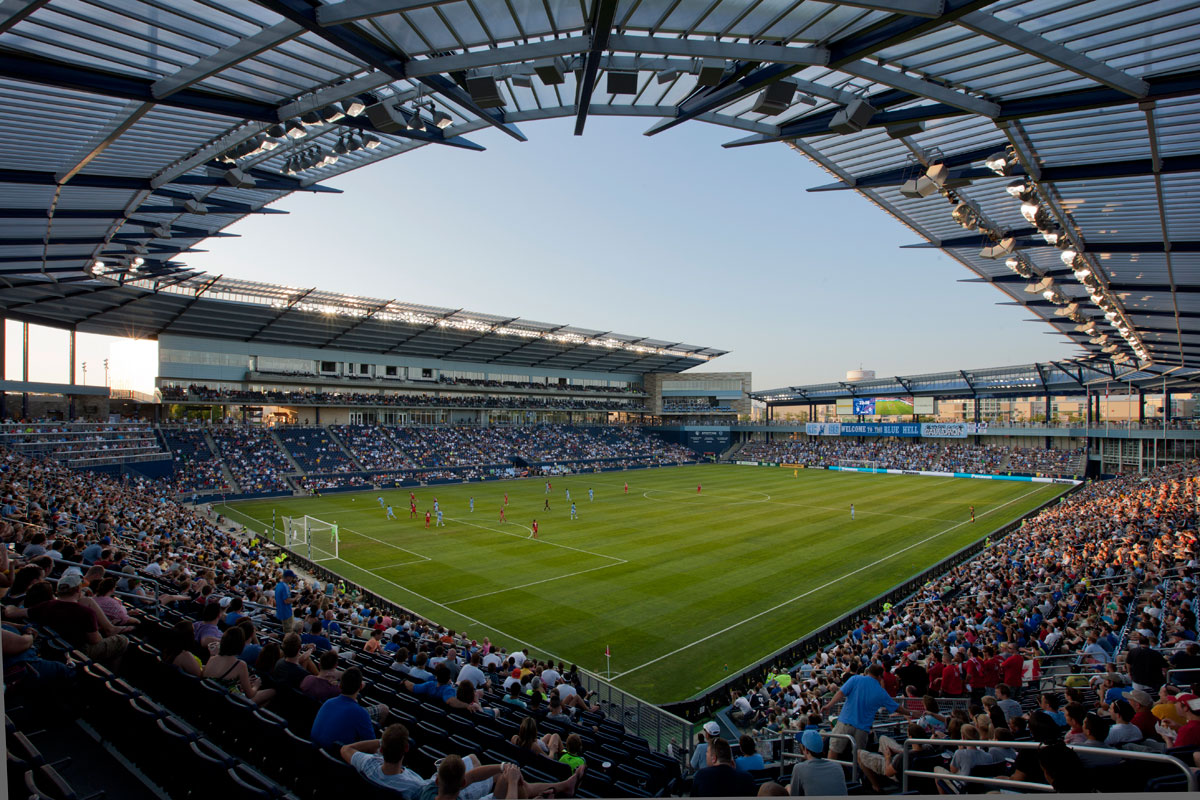 The new $200-million LIVESTRONG Sporting Park – which opened in June 2011  in Kansas City, Kan., as home to the Sporting Kansas City Major League Soccer (MLS) team – was designed to be the United States’ first world-class soccer stadium. This 340,000 square-foot stadium situated on a 14-acre site features 18,500 seats and includes 36 luxury suites and five clubs. LIVESTRONG Sporting Park boasts a 75-yard by 120-yard playing field with a natural grass surface that includes an under-soil heating and moisture management system. The stadium’s state-of-the-art communications systems utilizes 300 HDTVs broadcasting through an IPTV network as well as two HD video boards, including the main 2,016 square-foot board on the stadium’s south end and a 550 square-foot board on the north end. LIVESTRONG Sporting Park is the first MLS stadium to be fully lighted for HDTV. END_OF_DOCUMENT_TOKEN_TO_BE_REPLACED