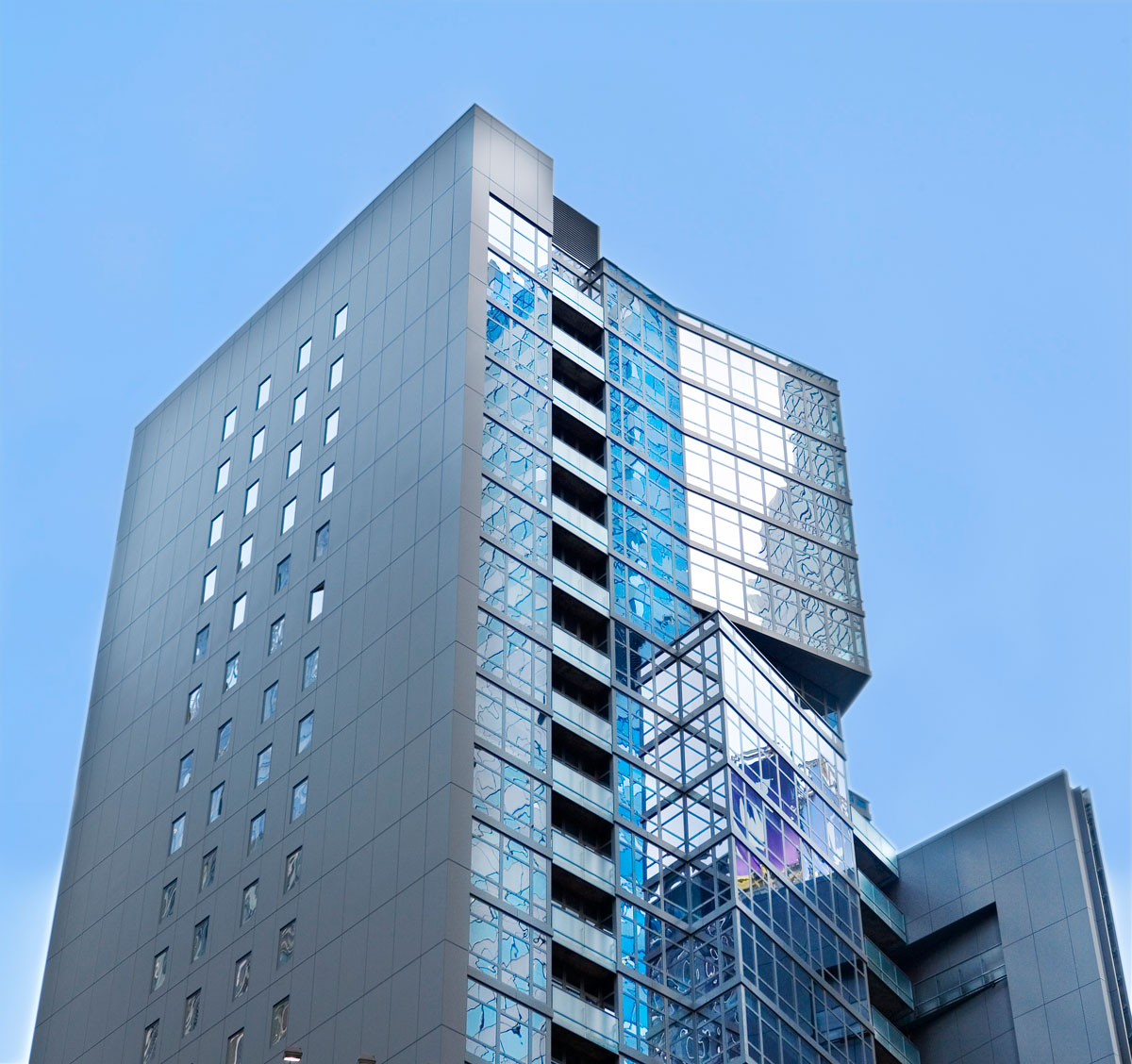 Tradition holds that there’s nothing quite like celebrating New Year’s Eve as the ball drops in New York City’s Times Square. For any number of residents of 1600 Broadway on the Square, a new 25-story residential condominium and retail tower located on the northern end of the bustling Times Square district, savoring the celebration is as easy as walking out onto their own private balconies.

“It’s a very exciting building,” said Jeffrey Katz, chief executive officer of New York City-based Sherwood Equities, Inc., developer of 1600 Broadway on the Square, in a June 22, 2005, interview published by the New York Post. “It will be unique, as there are few sites in the area. … In New York, when you talk about a room with a view, no one ever thought about this. The irony is that the lower you are, the better the view.”
The 195,000 square-foot tower features two floors of retail space, including a street-level 10,000 square-foot divisible space with 20-foot ceilings and a second-level 12,000 square-foot space featuring 25-foot ceilings. Retail tenants include M&M’s World, Starbucks and L’Occitane en Provence boutique. 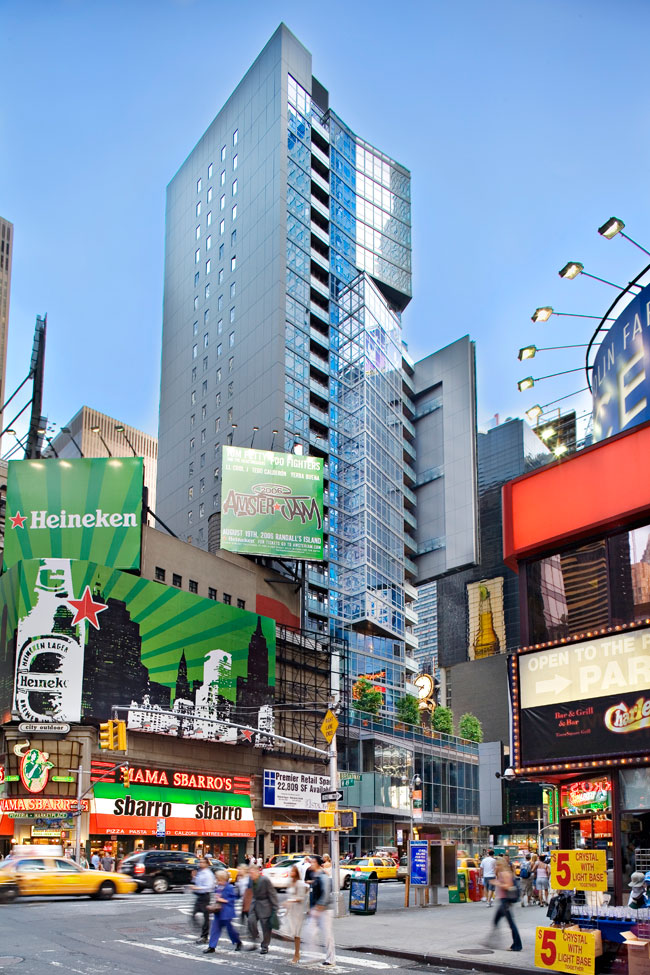 Above the retail space are 137 condominiums, including studios, one-bedroom, two-bedroom and three-bedroom residences – many of which feature balconies overlooking Times Square. A club floor offers residents the opportunity to enjoy outdoor terraces, a health club and a roof deck.

Times Square is well-known for its advertising and promotion opportunities through large retail signage that is viewed by approximately 550 million visitors annually. Daily pedestrian traffic is estimated at more than 1.5 million people. The 1600 Broadway on the Square tower takes advantage of its prominent location, offering four steel sign structures mounted to the southeast and southwest corners of the building.

Additionally, retail tenants can promote their products in 315 feet of glass along the avenues.

Alucobond® Aluminum Composite Material (ACM) by 3A Composites USA was chosen as exterior cladding for the building as well as for the signage. Approximately 68,000 square feet of Alucobond Plus in the 4mm thickness and custom Duranar Whale Gray color was fabricated and installed with a rout and return system by Kenneth J. Herman, Inc., of Amityville, N.Y.

The location of the 1600 Broadway on the Square tower on the northern end of busy Times Square presented its share of installation challenges, according to Kevin Albert, designer and project coordinator at Kenneth J. Herman. 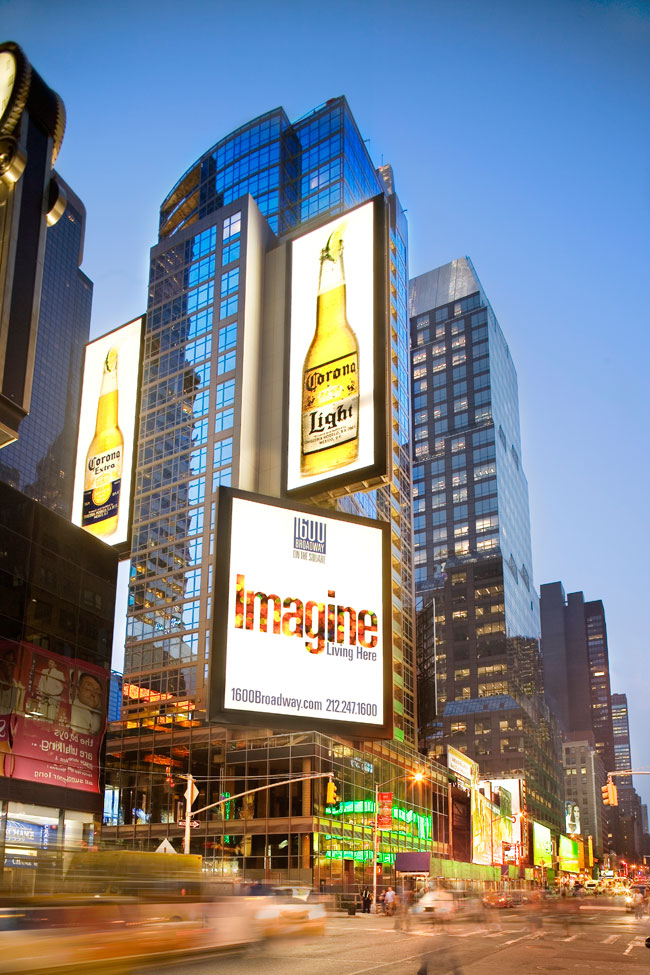 “The delivery of materials, hanging of scaffolding and installation of panels had to be carefully planned, with city permits required when we were working in the street,” said Albert. “This building design included fabricating Alucobond panels that were the full height of the building on its northern side. In terms of sheer vertical height, it was one of the tallest buildings that we’ve ever installed.”

The building towers approximately 300 feet from the ground up.

To reduce field labor by almost half, Kenneth J. Herman employees factory-assembled the ACM panels and framing together into 380 wall units, which allowed the panels to be installed floor-to-floor without full hanging scaffolding, according to Albert, who said the Alucobond worked well in this project because it is flat yet formable.

“We know we can get Alucobond in a short amount of time and in custom colors,” said Albert.

“These signs featured a lot of unique individual panels that lent themselves to Alucobond,” said Albert. “We were not tied to a set panel configuration.” 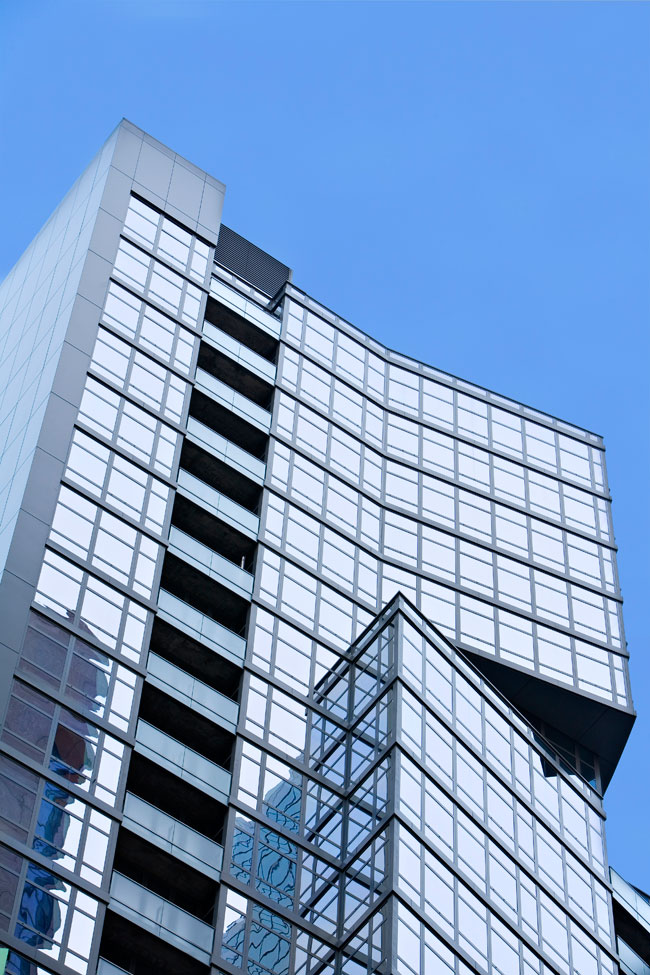 Engineering the building panels to resist high winds and support upper-level signage that extended 30 feet off the building, was critical, according to Albert.

“We used a lot more stiffening and heavy-gauge framing to make these panels resistant – double what we normally would,” he said.

Planning, fabrication and installation of the Alucobond panels was completed by Kenneth J. Hermann in approximately a year’s time, according to Albert, with the building finished and landscaping in place in August 2006. 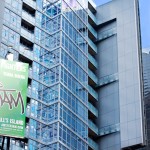 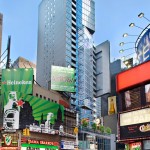 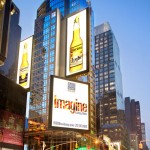 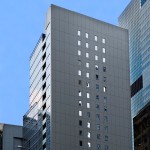 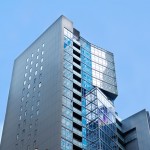 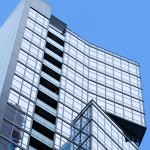