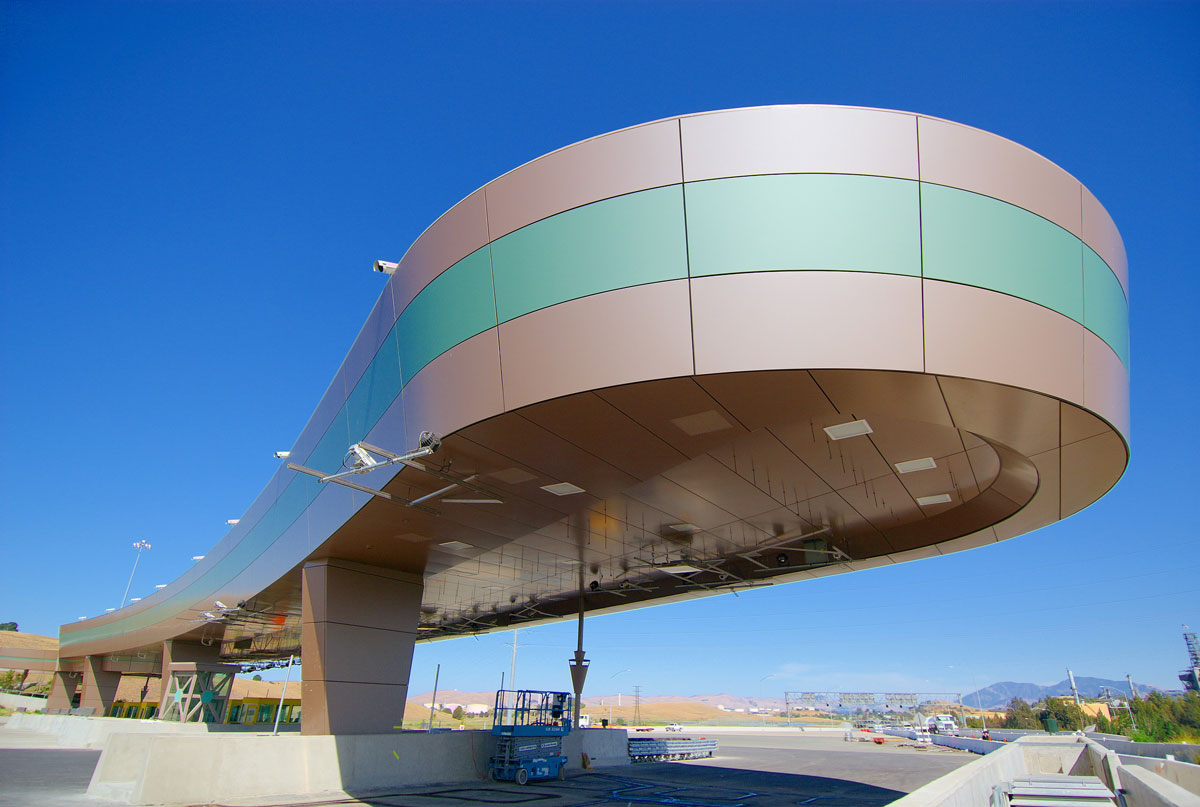 When the new $1.2 billion Benicia-Martinez, Calif., Bridge project was set to open in late-August 2007, it wasn’t the 1.6 mile long, five-lane bridge spanning the Carquinez Strait between Contra Costa and Solano counties that garnered coverage from The San Francisco Chronicle on its www.SFGate.com web site last August 23. It was the Benicia-Martinez toll plaza.

The new toll plaza located on the Martinez side of the bridge features nine staffed toll booths and a high-occupancy vehicle lane. But most newsworthy to the Chronicle was the opening of two FasTrak® Express lanes – the first open-road tolling lanes in the San Francisco Bay Area – positioned to the left of the standard toll booths. 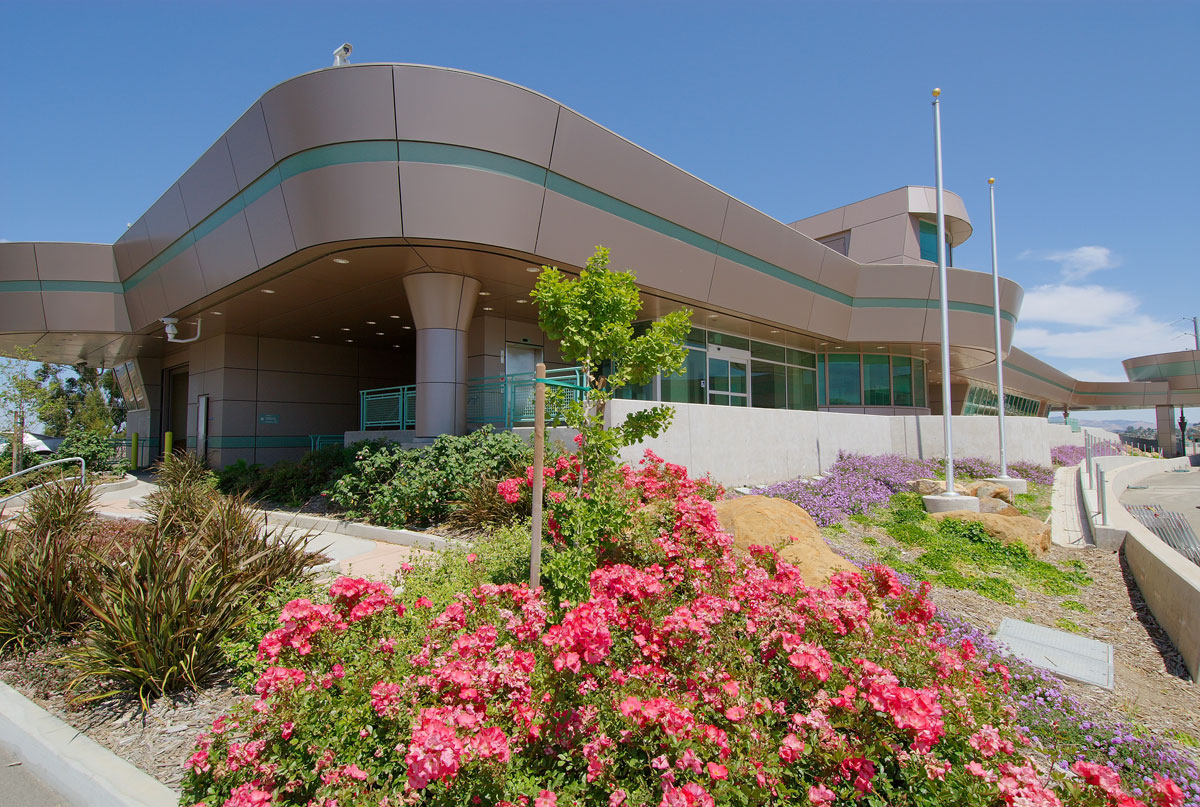 “For the first time in the Bay Area, motorists will be able to pay their tolls without taking their feet off the gas,” wrote Michael Cabanatuan, Chronicle staff writer.

This high-tech tolling system operated by the Bay Area Transit Authority (BATA) allows motorists to pay their tolls without slowing down. Overhead antennae linked to a computer system read vehicle toll tags and deduct tolls from drivers’ prepaid accounts. Cameras record license plate numbers of vehicles not equipped with FasTrak and violations are sent to drivers who don’t pay the toll.

“This is the wave of the future,” said John Goodwin, BATA spokesman, in the article.

That futuristic theme is repeated in the California Department of Transportation’s (CalTrans) design of the $22 million toll plaza, which includes a 25,400-square foot two-story administration building and two canopies. The larger 16,740-square foot canopy covers the toll booth area while the smaller 7,340 square-foot canopy shields the building entrance. Described as incorporating “curvilinear forms,” the toll plaza’s design was inspired by the topographical outline of the Carquinez Strait and the surrounding Martinez area.

David Stow, senior architect and project lead, CalTrans, said the design team, which included input from the City of Martinez Design Review Board, noticed how the “river gently meets the edges of the land, developing curvilinear areas with carved out coves.” This scenic view is enhanced by nature’s changing seasons in which the green grasses turn to wheat colors, according to Stow. 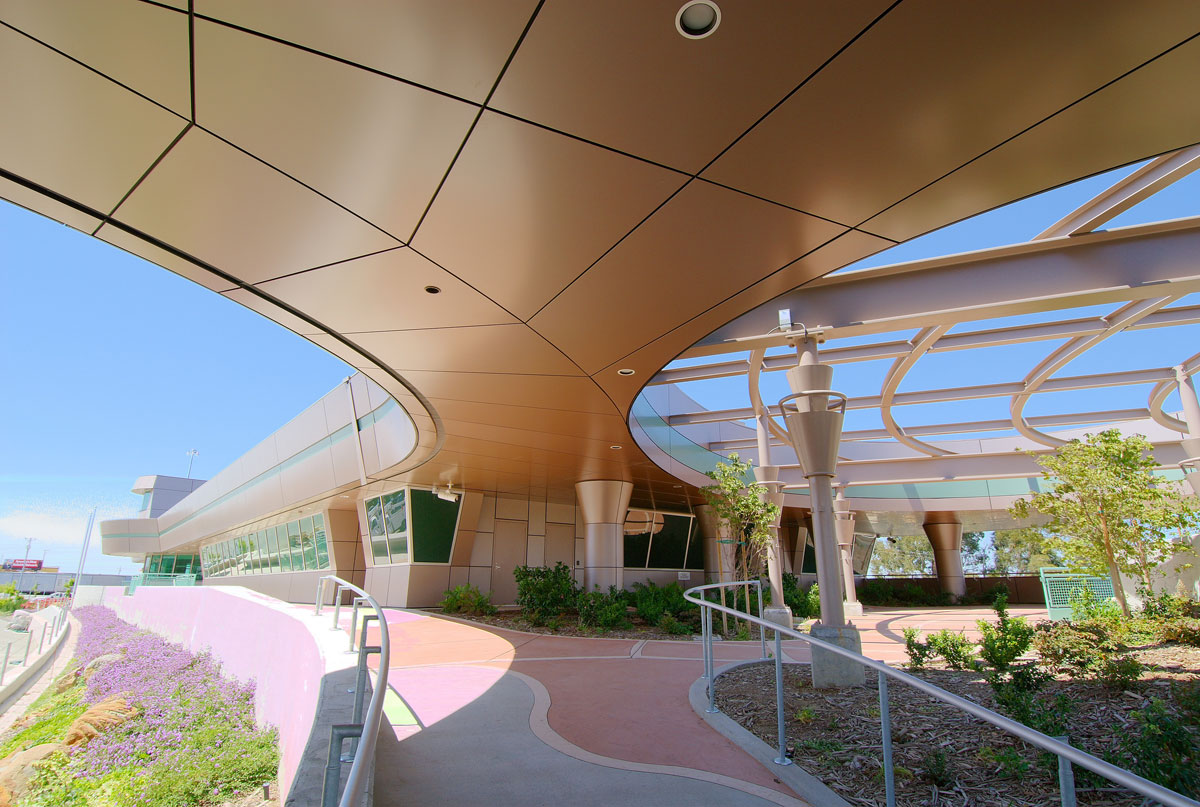 “The change of seasons along the Interstate 680 corridor is pretty dramatic,” said Stow.

To incorporate both the unique curvilinear forms and a changing color scheme in the toll plaza design, approximately 55,000 square feet of Alucobond® Aluminum Composite Material (ACM) by 3A Composites USA in the 4mm thickness and Copper Metallic color and 6,000 square feet of Alucobond in the 4mm thickness and Shimmering Teal color were used to clad the building walls and canopies.

The new Benicia-Martinez toll plaza was designed to replace an original toll plaza built in 1962 that no longer could meet standards for efficient toll collection. The new toll plaza was moved to the south end of the bridge and away from the Interstate 680/780 split in an effort to better manage traffic and ease congestion. The $22-million toll plaza is the largest building project ever undertaken by CalTrans, which took great care to address the aesthetic concerns of the City of Martinez in its design, according to Stow.

“This was the gateway to their city,” said Stow. “Although we wanted to incorporate the Martinez community in the design, the toll plaza was quite a distance from the downtown area. So, we decided to integrate the landscape of I-680 as it meanders along the Carquinez Strait amid rolling hills. We also looked at the river itself. These were all very gently curving forms. The curving linear elements in the design communicate movement and speed. The battered form of the canopy was inspired by the sterns of large ships that sail the river all the way from the Bay to Sacramento.” 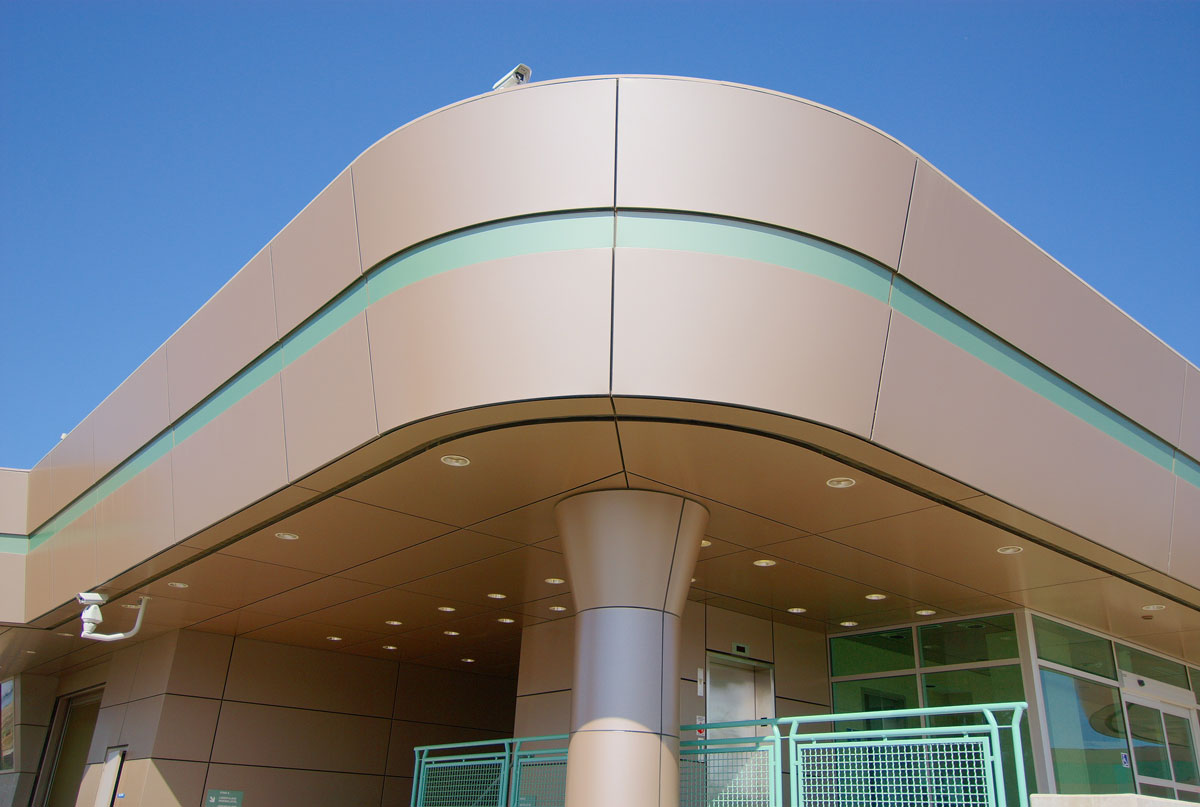 Stow was familiar with aluminum composite material when Alucobond was selected for an even larger canopy that the CalTrans design team completed for another Bay Area bridge.

“We liked Alucobond’s elements of durability, including its colorfastness for 20 years,” said Stow. “To create the battered forms for the canopies, the curves at the top of the panels were different from those at the bottom of the panels. It was challenging to fabricate, but the Alucobond worked fine.”

The Alucobond panels featuring a compound radius and nautilus shell-style soffit were fabricated by CSP Architectural Metals of San Ramon, Calif. The panels were attached via a route and return dry method by C/S Erectors, Inc., of San Ramon.

The Copper Metallic Alucobond is accented with a 3-foot band of Shimmering Teal Alucobond in the center of the toll plaza and a 12-inch band of Shimmering Teal on the administration building. These colors were chosen to match the landscape’s dramatic shift from the golden-brown wheat colors of summer and fall to the soft, deep green of the winter and spring months, according to Stow.

The toll plaza courtyard allows visitors to enjoy the scenic view of the landscape along the Carquinez Strait as well as the bold profile of nearby Mount Diablo.

The two-story administration building is unique in that it appears to be one story because the lower floor is carved into the hillside.
The building features a public lobby, lunchroom and lockers for toll collectors. The lower level features parking and utility rooms. Additionally, the new toll plaza features an underground utility tunnel to provide access to all toll booths, which are screened by an electronic air-quality monitoring system.

“This project has been received very well by our management within CalTrans,” said Stow. “We were able to demonstrate the ability of the in-house design staff to perform well by being responsive to both the environment and the City of Martinez.” 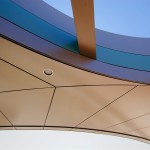 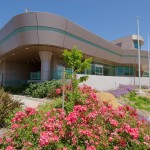 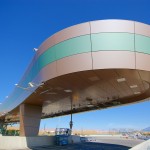 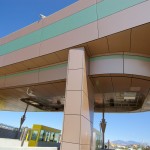 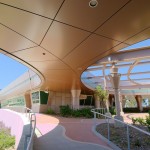 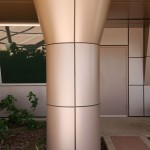 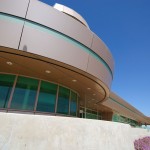 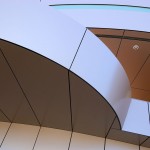 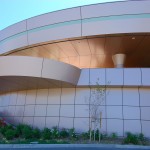 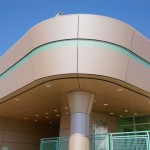