The new Lauridsen Amphitheater constructed at Water Works Park in Des Moines, Iowa,  stretches toward the sky just like the surrounding oak trees twist and stretch toward leafy canopies in this riverside woodland. Encompassing 1,500 acres, Water Works Park – which is situated next to the Raccoon River west of Gray’s Lake – is one of America’s largest urban parks and a critical source of clean drinking water to 500,000 Central Iowans.

The amphitheater serves as a focal point within a multi-phase master development plan for the park owned by Des Moines Water Works, a regional public utility. Introduced in 2013 by the non-profit Des Moines Water Works Park Foundation in conjunction with the City of Des Moines, the plan is designed to grow the park and increase recreational and educational opportunities for visitors.

“I was charged to provide a flood-resilient dual-sided amphitheater structure that would primarily stand as a folly in the park for the everyday experience but then transform as an armature to hold equipment for musical performances,” said Jessen. “The Water Works amphitheater provides a unique venue for patrons to participate in small to large events such as concerts while being completely surrounded by mature trees and open sky. Des Moines’ extensive network of bike paths leads directly to this venue, allowing for alternative means to arrive at the venue.”

The amphitheater’s canopy is clad in a total of 2, 125 square feet of 4mm ALUCOBOND® PLUS aluminum composite material by 3A Composites USA, including 2,055 square feet in Sakura from the Spectra Collection of color-shifting finishes and 70 square feet of Reflect Mirror from The Natural Collection Element Series.

(As the original “aluminum composite material,” ALUCOBOND PLUS has been developed exclusively to allow architects and designers to meet the fire performance requirements of today’s building standards while using ACM as the material of choice. Consisting of two sheets of smooth .020” aluminum thermo-bonded to a solid, fire retardant core, ALUCOBOND PLUS offers the proven product properties such as flatness, form-ability, durability and ease of fabrication. ALUCOBOND PLUS is manufactured in a standard 4mm thickness.)

“Our directive was to provide a sculptural amphitheater that stood as an iconic feature within a newly designed park that would activate the community to engage in play or leisure walks along meandering paths,” said Jessen. “We arrived at our design by following the organic moves made by the landscape team and, additionally, expressing a structure emblematic of the arboretum adjacent to the amphitheater. You will see the structure of the amphitheater twist and form a weave of pipes similar to the way a large oak tree’s limbs grow to support a canopy of leaves in the summer.”

The amphitheater is designed not only to reflect the park’s twisting oak trees in the canopy’s legs but the changing seasons in its cladding, according to Jessen.

“ALUCOBOND PLUS with the Sakura color finish was considered for its color-shifting attributes,” said Jessen. “The canopy of the amphitheater would reflect the colors of a tree canopy and how they change throughout the year – greenish hues during the peak summer season and shifting to yellows and reds as leaves tend to change in the fall. Cladding the canopy entirely with this finish allows you to metaphorically witness this natural occurrence throughout each day. As the sun rotates around the canopy and reflects different waves of light, the Sakura panels appear to shift color just like the change of seasons.”

ALUCOBOND PLUS in the Reflect Mirror finish was installed as an accent on returns of larger Sakura panels utilized in the cladding design.

“We wanted to create an effect in which the mirrored finish would reflect lines from the adjacent panel or adjacent environment – such as trees and sky – creating an illusion that the panel was ‘detached’ or separated from the surface, suggesting depth under the canopy,” said Jessen. “This effect was a subtle attempt to mimic a tree canopy without being literal.”

(ALUCOBOND PLUS Spectra colors are transitional finishes which celebrate the natural color shifts that occur in materials that affect everyday life; the subtle nuances and color contrasts found readily in nature, the glowing luster and sheen in modern metals and the color shifts found in today’s luxury goods. The Element Series finishes unify the effortless appearance of organic metals and finely textured patterns to create a vivid and memorable impression while retaining the luster of aluminum from afar.)

RDG Planning & Design began work on Phase I of the park’s master plan – including design of the Lauridsen Amphitheater – in spring 2016. Construction of the amphitheater began in summer 2018 and was completed in May 2019.

Metal Design Systems, Inc. (MDSI), of Cedar Rapids, Iowa, fabricated a total of 410 ALUCOBOND PLUS panels, including 350 panels in the Sakura finish and 60 panels in the Reflect Mirror finish. Panel fabrication was completed in approximately four months.

MDSI also created a production model that was followed by all trades on the job so that “structural steel, standing seam roofing and all framing was coordinated effectively,” according to Matt Rechkemmer, regional sales manager, MDSI.

The Waldinger Corp., headquartered in Des Moines, Iowa, installed the ALUCOBOND PLUS panels with the MDSI Spline Reveal Drained and Back Ventilated Rainscreen System – Series 20.

“We recommended ALUCOBOND PLUS in Sakura because it had the desired color-shifting finish that worked well with the architect’s color scheme,” said Rechkemmer. “The Reflect Mirror finish was used as an accent color on the panel return legs in order to allow the Sakura panels to appear to ‘float’.”

RDG Planning & Design worked with MDSI to create a custom panel design to conceal concert rigging when not in use.

“We needed a unique approach to conceal rigging points used only for performances to hang light trusses and speakers; these are stainless steel shackles that hang down at 15 different locations under the canopy,” said Jessen. “We worked with the panel fabricator to develop a hatch door with a full mortise invisible hinge and a suspension rod closer. The hatch was clad with the ALUCOBOND PLUS panels to blend in with adjacent panels.”

The Lauridsen Amphitheater hosted its first concert with country artist Clint Black performing on June 22, 2019. The final phase of the master plan will wrap construction during summer 2020.

“So far, the amphitheater has received great praise for its ability to offer versatility in use,” said Jessen. “It’s a dual-sided amphitheater; and, last year, events occurred for 5,000 patrons down to 50 patrons, utilizing either the great lawn on the large venue side or the celebration lawn or the small venue side to accommodate the planned community event.”

Introduced in 1969, ALUCOBOND is the original and world’s best-known aluminum composite material. ALUCOBOND PLUS is manufactured in the United States in the Benton, Ky., plant of 3A Composites. The 3A Composites USA headquarters are based in Davidson, N.C. For more information about ALUCOBOND PLUS, call 1-800-626-3365, email info.usa@3AComposites.com or visit www.alucobondUSA.com

About 3A Composites
3A Composites has developed, manufactured and marketed high-quality aluminum composite panels, structural composite material, plastic sheets and lightweight foam boards for architecture, visual communication and the transport and industry markets since 1969.

3A Composites is part of the international 3A Composites Group, which belongs to the listed company Schweiter Technologies headquartered in Horgen, Switzerland. 3A Composites has approximately 4,400 employees worldwide. 3A Composites’ well-known brands ALUCOBOND®, DIBOND®, FOREX®/SINTRA®, GATOR®, KAPA®, FOME-COR®,ALUCORE®,AIREX® and BALTEK® are the category leaders in the markets served.

® ALUCOBOND is a registered trademark of 3A Composites USA. 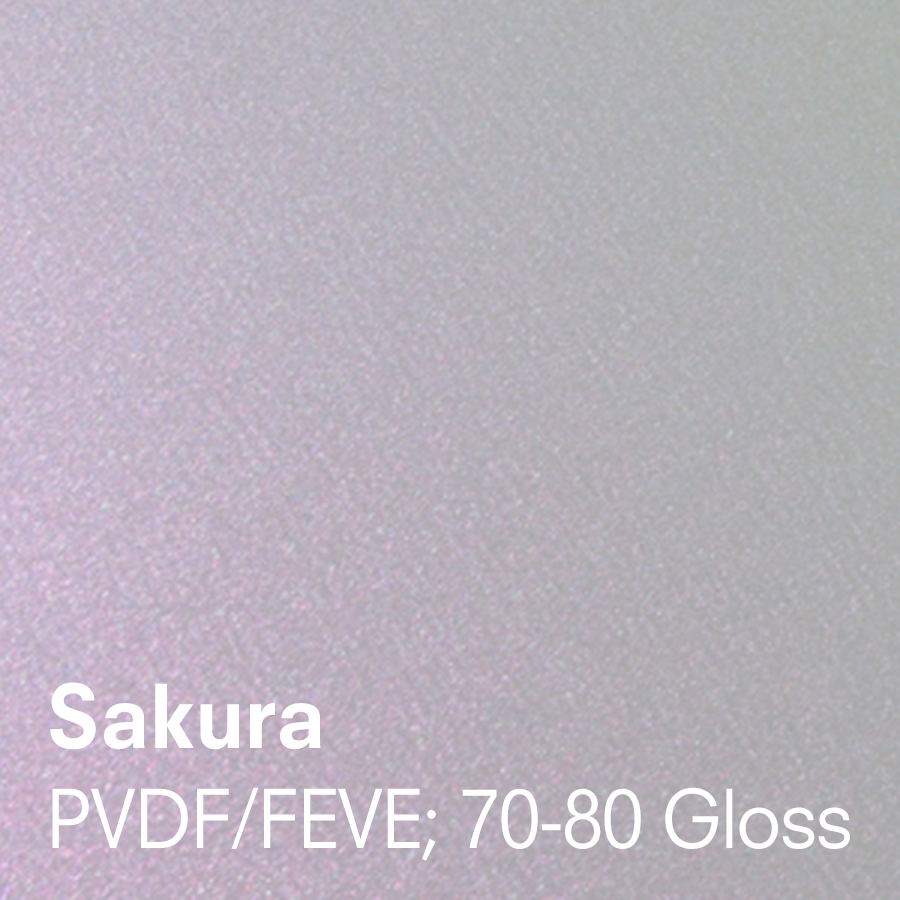 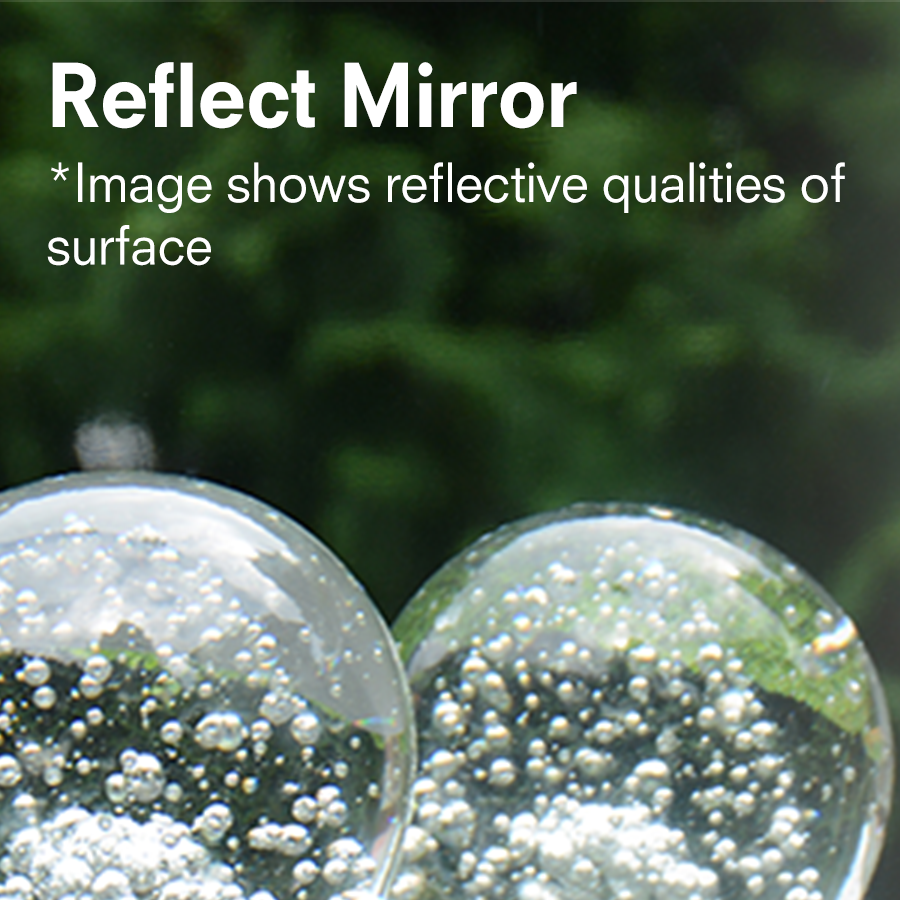 claddingcolor shiftingsakuraspectra Comments are closed, but you can leave a trackback: Trackback URL.