The new United States Courthouse in downtown Jacksonville, FL, projects a design balance that relates well to the structure’s historical context, as well as contemporary considerations.

Some contemporary materials were chosen that would help convey the permanence and dignity of the courts while calling to mind detail found in the old federal courthouse dating back to the ’30s. A suggestion of art deco detailing is also seen in the new U.S. Courthouse which was opened in early 2003.

Alucobond Material was chosen as the trim and accent part of the curtainwall system, as well as eyebrows, parapets and fins at the top of the structure. 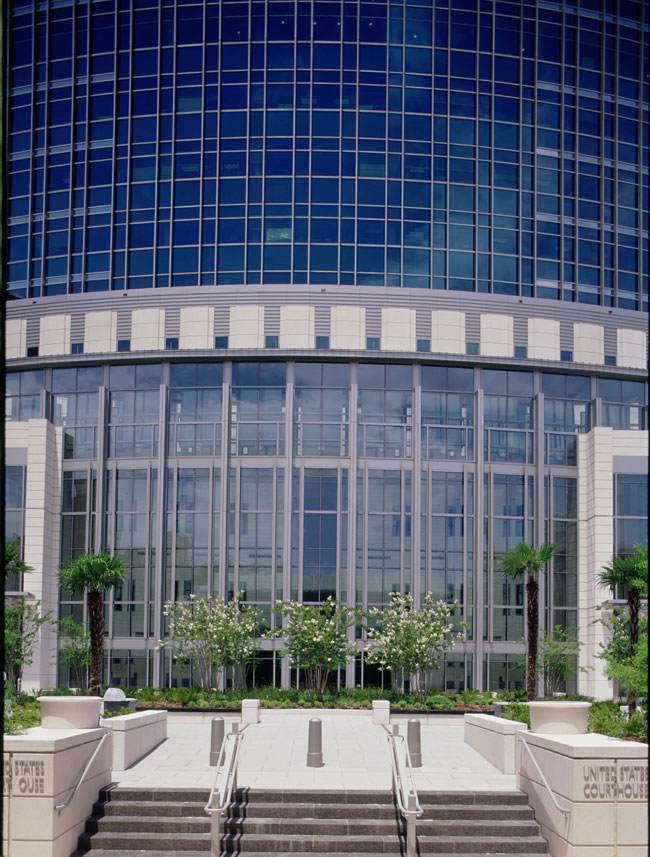 As one of the first courthouses designed after the Oklahoma City bombing, blast-resistance and security were important considerations. A unitized curtainwall system, which was designed to meet demanding blast criteria and glazed in the factory, provides a curved, reflecting frontage. Other exterior materials include pre-cast concrete. Various types of metal ranging from stainless steel to Alucobond Material are also used inside to help carry the design theme, with Alucobond Material being used in the ceiling and mullion system.

Approximately 87,000 sq. ft. of Alucobond Material in 4mm panels were used on the project in colors of custom silver gray and silver metallic. Alucobond Material is an aluminum composite material (ACM) consisting of two sheets of .020” aluminum bonded to a thermoplastic core. The Alucobond Material was fabricated by Kistler-McDougall Corp., Atlanta, and installed by Masonry Arts, Birmingham. 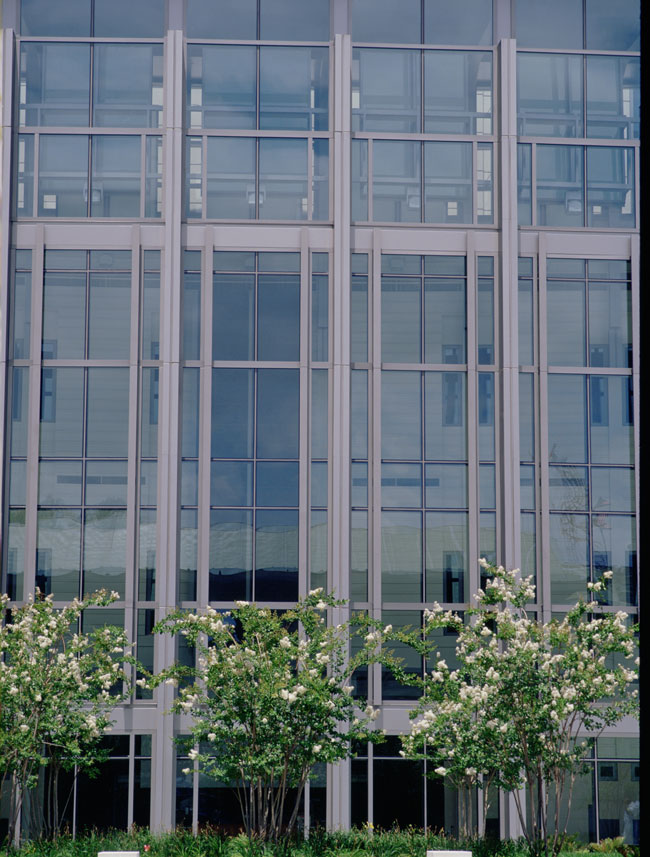 At a cost of more than $80 million, the 15-floor courthouse offers approximately 457,000 sq. ft. of space for 17 courtrooms (district, circuit, magistrate and bankruptcy). Space is provided for federal agencies including the U.S. Marshals Service, U.S. Attorneys office, U.S. Probation office, and support services.