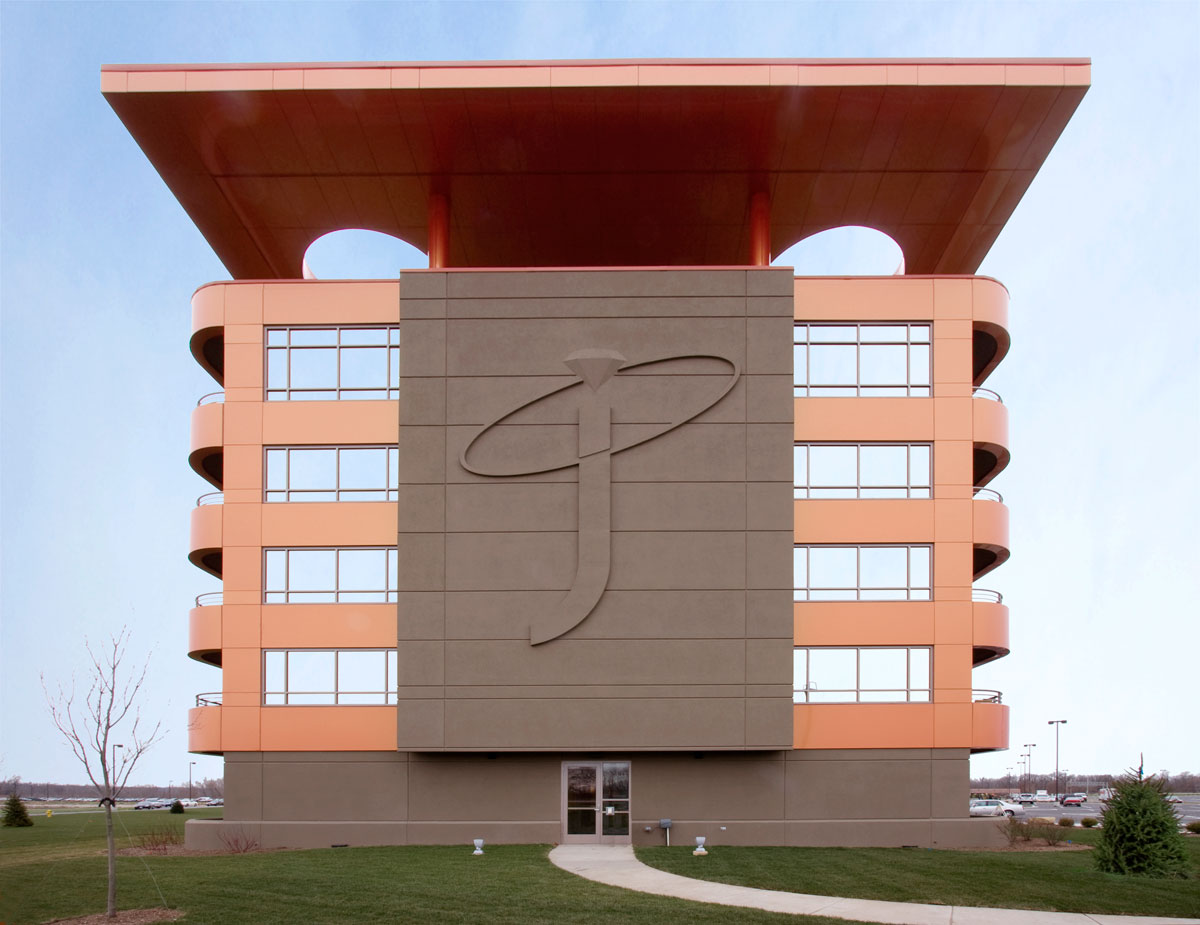 The new Jumer’s Casino & Hotel in Rock Island, Ill., was designed to bring a Las Vegas-style gaming experience to the Midwest – opening in December 2008 as a replacement for the company’s Casino Rock Island Riverboat, which had been moored since 1992 on the Mississippi River in downtown Rock Island. The new $151-million 270,000 square-foot complex includes one 170,000 square-foot casino and entertainment center connected to a five-story 205-room hotel.

From a facilities perspective, the new property features a wealth of high-roller amenities, including: a 43,000-square-foot one-level casino floor; a 205-room hotel with 11 luxury suites; a banquet center with seating for 700; four restaurants; an events center; nightclub; indoor pool; a spa and hair-styling salon; and a retail gift shop. The new casino offers 1,200 games as well as a VIP lounge, a high-limits slot area and a large poker room. 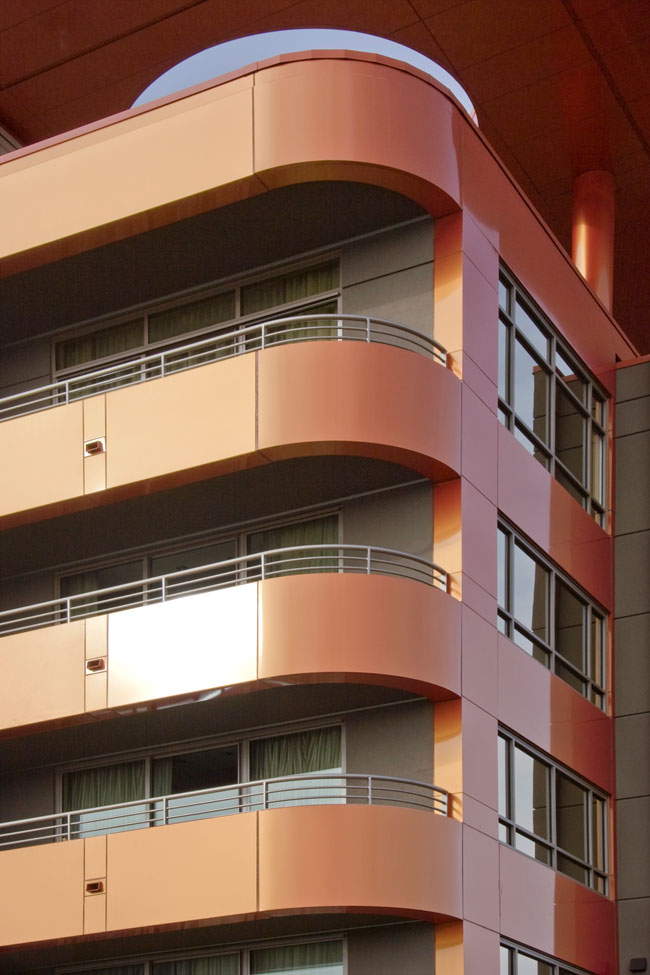 But before guests ever step foot inside – even from a distance as they approach the property driving on Interstate 280 – they can tell they’re not in for the usual Midwestern casino experience. Just like the Vegas Strip flaunts flashing-neon colors at night, Jumer’s Casino & Hotel lights up the landscape with ever-changing color in broad daylight. 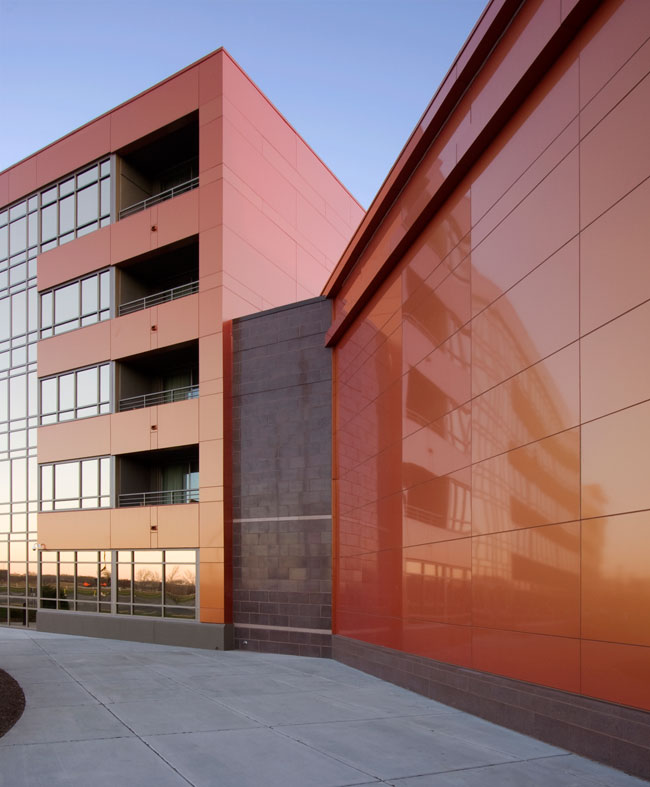 Creating a Las Vegas-style gaming experience at the new Jumer’s Casino & Hotel required a sleek, modern design that would help the complex stand out, according to Guy Davidson, design architect, KKE Architects., Inc., in Minneapolis. “We were blessed with a site bordered on three sides by freeway, with woods and a lake on the fourth side,” said Davidson. “The complex produces a strong impact from a distance, almost like a billboard. By selecting Alucobond Spectra, we were able to complement our sleek, modern design through a simple bold stroke. The building tends to have two faces – one from a distance and one near – because the Spectra is a color-shifting, constantly changing material. Once you arrive at the complex, you’re still fascinated by it. With each shift of the sun and clouds, it changes color – from red to orange to almost brown.” 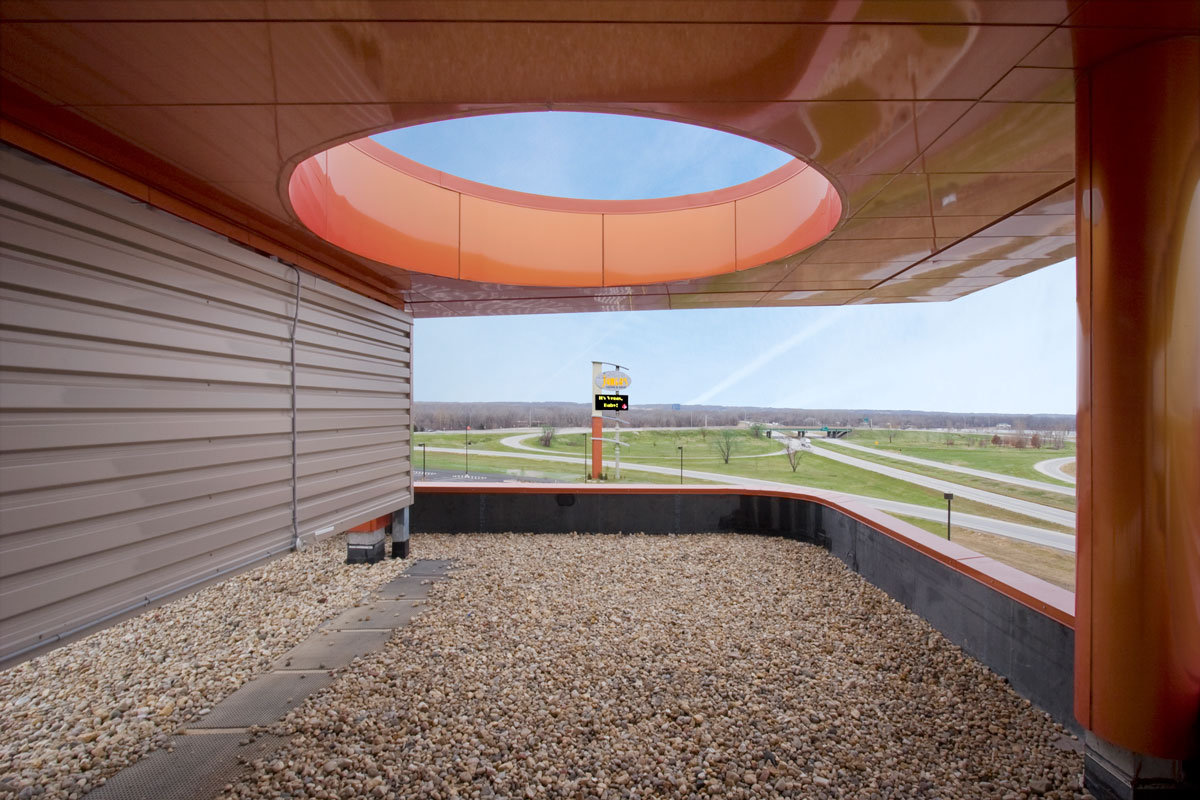 Color-shifting Alucobond Spectra specifically complemented the building’s design, which features a 400-foot-long casino façade with a large radius curve that meets a curve in elevation.

“The building was designed exactly for what Spectra panels do,” said Davidson, who added that the Spectra Cupral color inspired casino interior designer Yates-Silverman, Inc., of Las Vegas, to include similar color ranges in the building’s interior.

The Spectra Cupral panels also coordinated with the project’s gold reflective glass. And, the custom Texas Copper color served as a counterpoint, according to Davidson. Alucobond in Texas Copper clads the building’s eyebrow canopy. It also can be seen in two 5-story signature “J” feature elements that are cut into both sides of the hotel. The signature “J” elements are clad in Alucobond Texas Copper and decorated with color-changing LED fixtures.

KKE Architects took their art-deco design lead for the casino and hotel from personal interests of the D. James Jumer family (building and business owners of Rock Island Boatworks, Inc.), including jazz music and ownership of a 1930s classic Cord convertible, according to Quin Scott, principal, KKE Architects. “We wanted to reproduce the architectural style of that era,” according to Scott, who said the firm embraced the style of architect Morris Lapidus, who designed the famed Fontainebleau Hotel in Miami Beach near the end of the art deco era. “We chose a sleek design with glass and metal panels,” according to Scott, who said the Alucobond Spectra added an extra unique element to the building’s design. “As you move toward the building and the sun moves, the building almost seems to move, with the Spectra panel colors shifting from metallic orange to dark wood red,” said Scott. “It almost has a life of its own. It’s pretty dynamic. You don’t normally see this in a building.” Adds Davidson: “I am not normally drawn to the use of strong color. But, with this material, the color is secondary to the iridescence of the panels. You don’t see the Spectra and say, ‘Boy, that’s orange.’ You say, ‘Boy, that’s cool.’ It has an overall excitement and feel that’s perfect for a casino.” 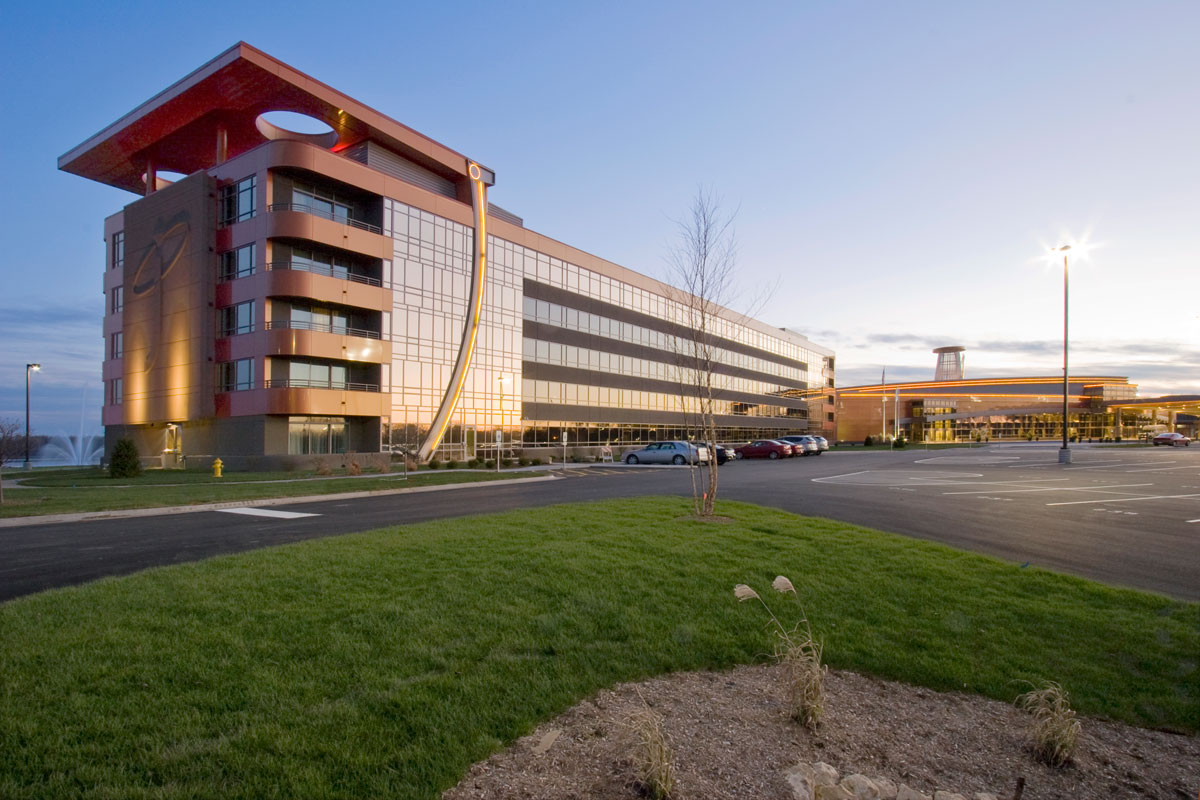 Scott credits Jumer’s Casino & Hotel owners for their willingness to follow the architects’ lead in building design and material selection – even though they weren’t quite sure what to expect from Alucobond Spectra Colors.

“We didn’t really know what we were getting and were a little skeptical,” said Ron Wicks, president, Jumer’s Casino & Hotel. “But these colors are amazing. What you see really depends on the viewing angle and the direction of the sun. The colors look most spectacular in the summer months and can range from red to light gold. It’s an eye-catcher. That’s what a lot of people talk about when they see this building.”

Kraus-Anderson Construction Co., of Minneapolis, served as general contractor for the Jumer’s Casino & Hotel project. The Alucobond material was installed with a route and return-wet sealed method by M.G. McGrath, Inc., Architectural Sheet Metal, of Maplewood, Minn., on the casino and by SGH, Inc., of Omaha, Neb., on the hotel. The Alucobond material for this project was promoted by EBP, LLC, of Excelsior, Minn. 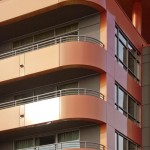 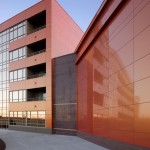 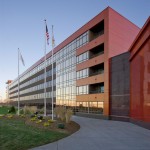 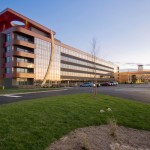 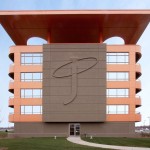 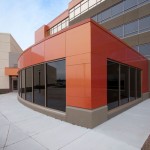 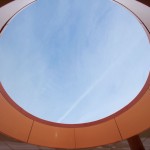 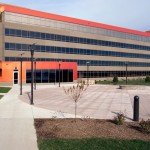 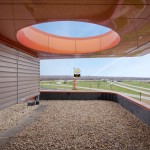 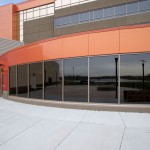 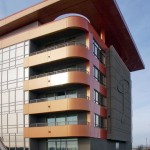 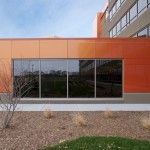