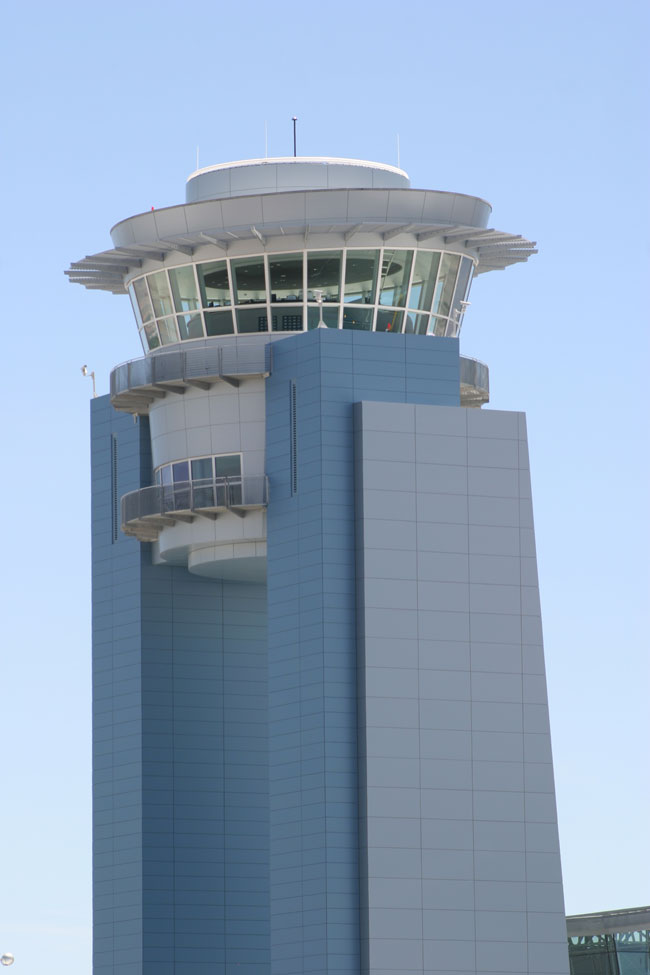 The April 2005 completion of a 10-gate expansion of the Satellite D Concourse and a new Ramp Control Tower at McCarran International Airport in Las Vegas, Nevada features exterior panels of Alucobond Material. This project continues the design vision and Alucobond Material selection established with the construction of the 26-gate Satellite D Concourse completed in 1998. Tate Snyder Kimsey Architects of Henderson, Nevada handled both projects. 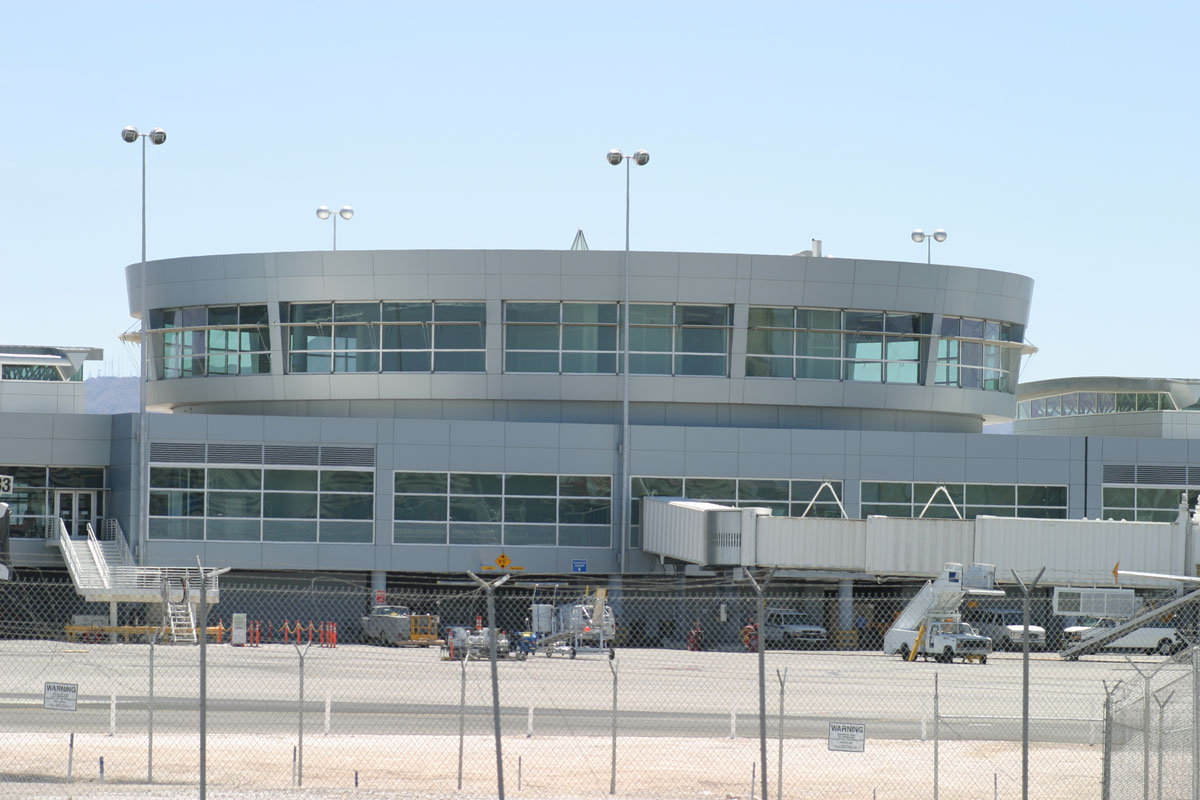 Thermal Systems also detailed and fabricated the Alucobond Material panels in a dry-set, rainscreen system used with the original Satellite D Concourse. At that time, it was one of the first major applications of this technology in the United States, according to officials at Thermal Systems. More than 200,000 sq. ft. of Alucobond Material was used for that application.

Carmel Architectural Sales of Anaheim, California installed the panel system for both the original Satellite D Concourse and the more recent 10-gate expansion. 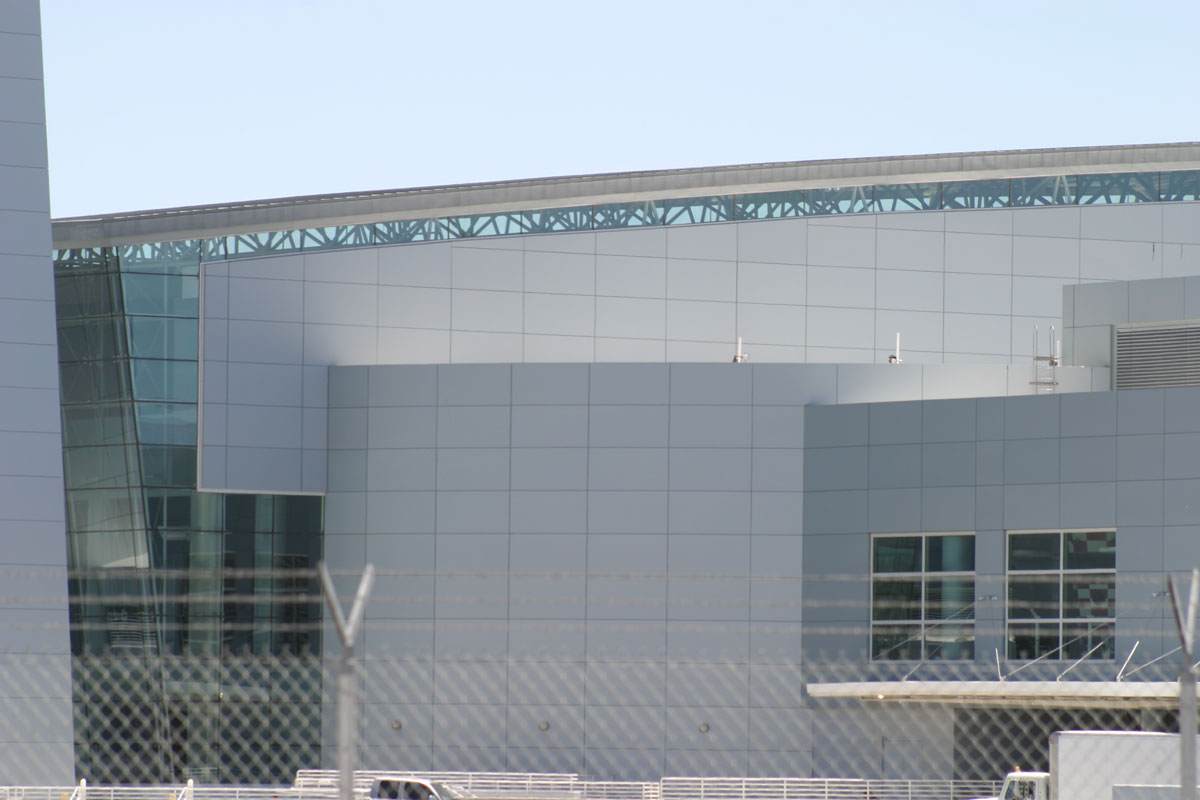 “We wanted reflective material, something with a color of the sky, to contrast with the predominant earth tones of the airport and the surrounding area,” said J. Windom Kimsey, FAIA, of Tate Snyder Kimsey, following completion of the 1998 project.

Other considerations in material selection were the dry seal, which provides a clean look; cost effectiveness; and a material that would maintain its look over the years. The visually flat, high-tech appearance of the panels is also a consideration in airport projects such as this.

According to Tate Snyder Kimsey’s architectural statement about the expansion, “The project incorporates design elements from the first phase of the D Terminal project, including exposed steel trusses, a curved roof, natural daylighting and thematic images of the Las Vegas Strip.”

Sletten Construction of Las Vegas, Nevada was the general contractor for the expansion project. 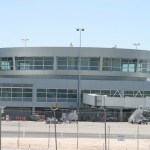 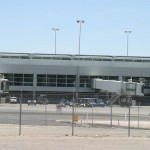 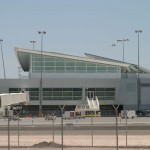 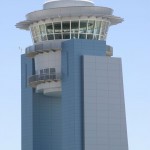 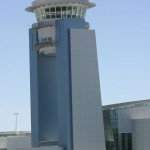 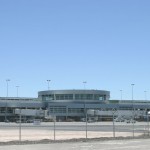 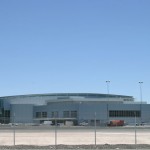 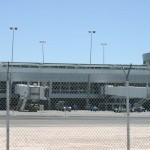 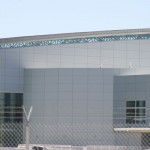 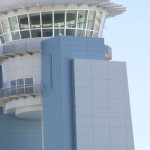