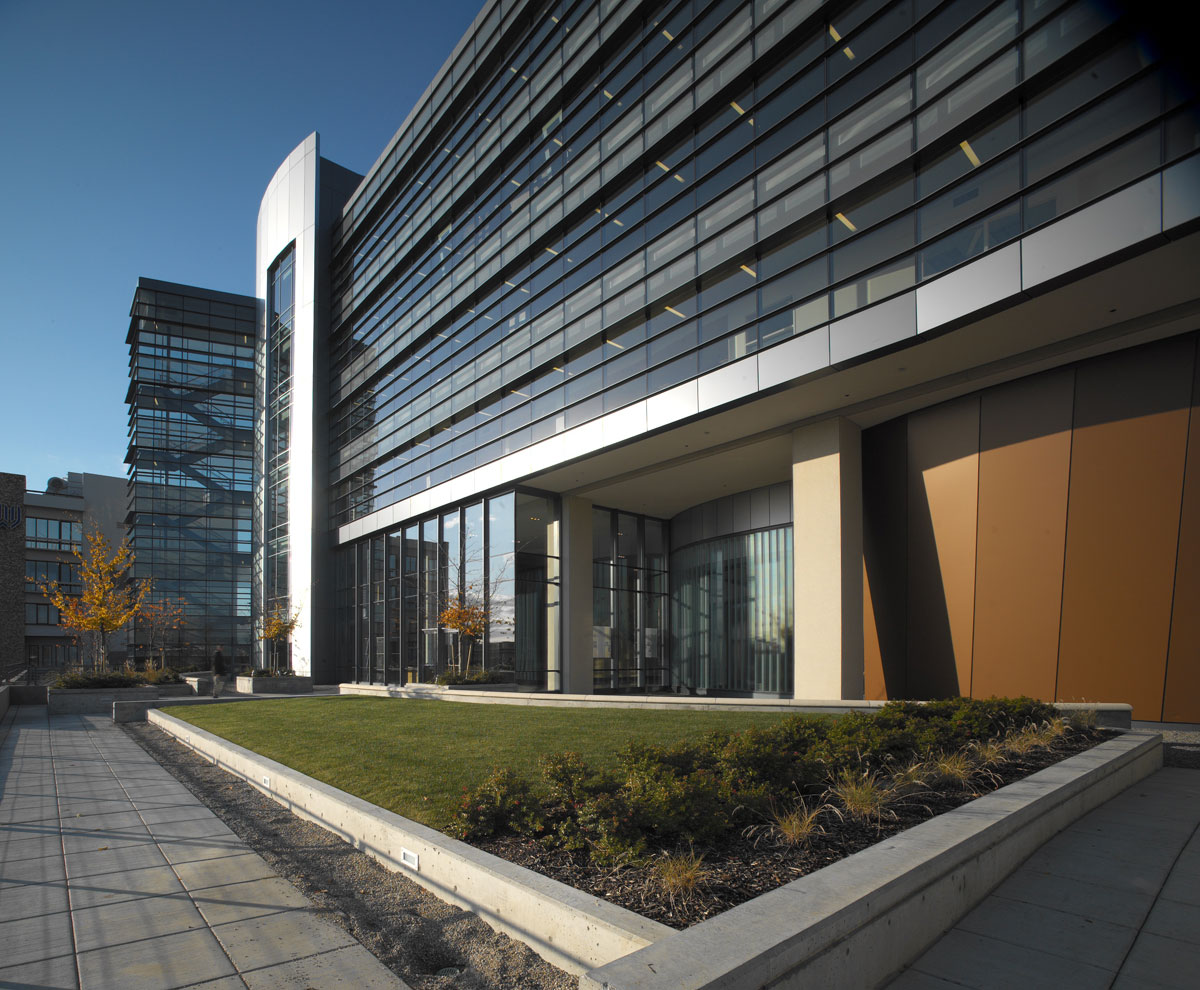 A shining vertical rectangle of Alucobond® Plus Material calls attention to the exterior of the new government center in Bremerton, Washington – a building that is in many ways symbolic of positive change for the city and Kitsap County.

Dedicated in October, 2004, the Norm Dicks Government Center features a visually interesting mix of materials that include precast and glass, as well as the Alucobond Plus aluminum composite material (ACM) in PVDF finishes of three colors: Aged Penny, Bremerton Silver, Grey Velvet. In contrast to the visually dominant metal panel rectangle, Alucobond Plus Material is also used as a distinctive visual accent to one exterior wall of the Council Chambers. On this wall, 23-ft. tall canted trapezoidal panels of the ACM material slope out and curve around part of the ground floor plaza. 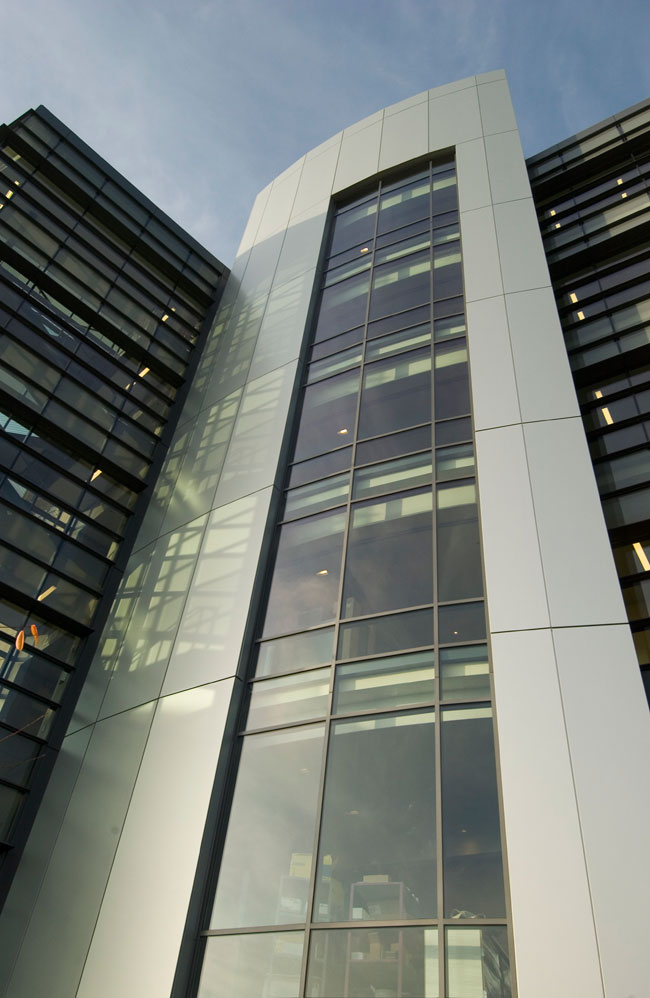 Approximately 20,000 sq. ft. of Alucobond Plus Material was fabricated by the distributor, Keith Panel Systems (KPS) of N. Vancouver, British Columbia and attached with the KPS pressure equalized rainscreen A system. The general contractor was Skanska USA, whose offices include Seattle. The installing subcontractor was Washington Glass and Glazing of Everett, Washington.

While the new center may be symbolic, it is both immediately functional and a catalyst for future development. In fact, it is among a number of projects by the City of Bremerton to revitalize this waterfront community on Puget Sound. In addition to the Government Center, Bremerton Harborside Development projects include a new waterfront conference center, waterfront condos, a maritime park and museum, expansion of the marina facilities, and private development projects. 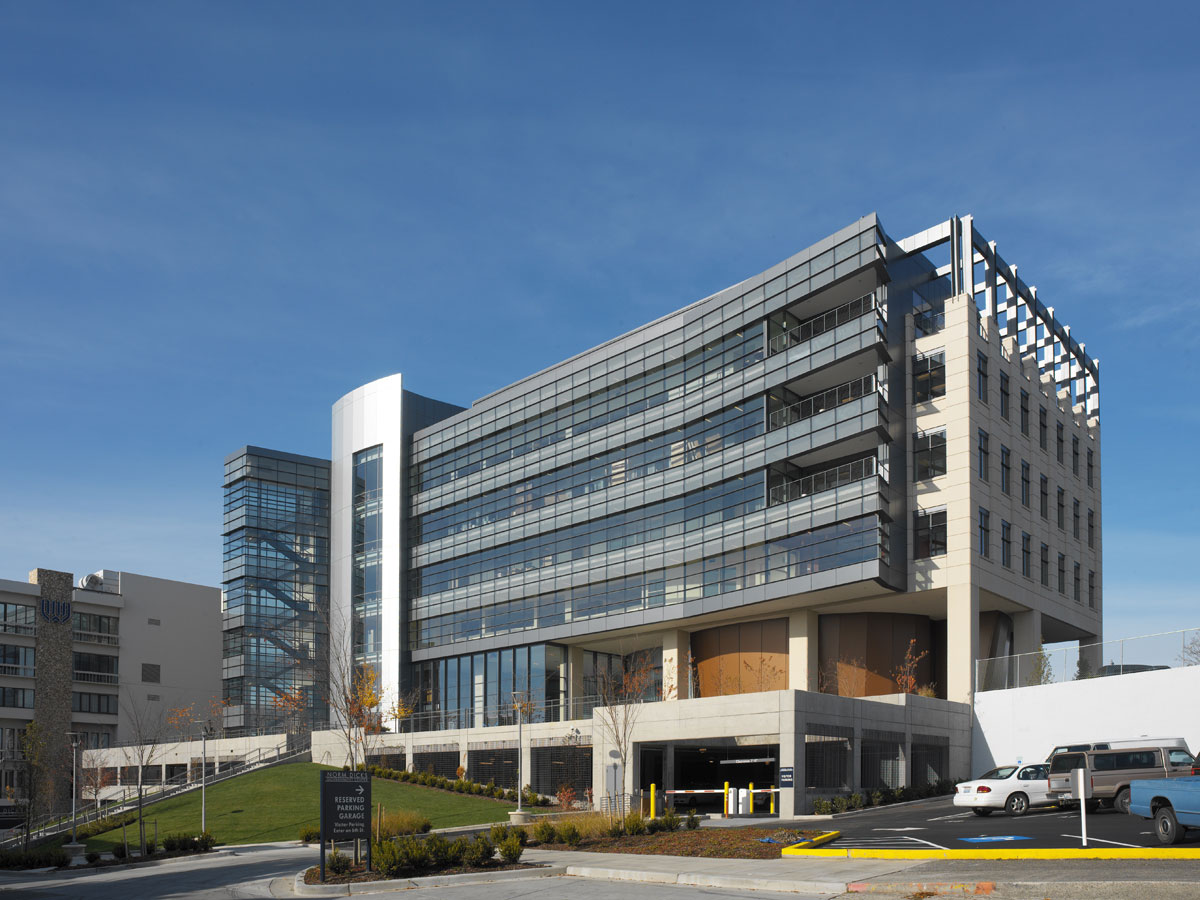 According to LMN officials:
“The Norm Dicks Government Center consolidates city, county, state, and federal government administrative departments and agencies into one building totaling 100,000 square feet. The $17 million facility is on a prominent site in the City of Bremerton and is viewed as a catalyst for future development within the downtown core and revitalization of the residential neighborhoods immediately to the north of the site. This civic architectural landmark is 6 levels, providing more efficient and productive services for the citizens of Kitsap County. Program elements include a community meeting room dividable to accommodate 50 to 200 people; administrative office spaces; a coffee shop and mailroom; as well as conference and training rooms. Conference rooms are programmed to be accessible for public use during non-working hours or for special events. On-grade and below-grade parking will also accommodate occupants and visitors.”