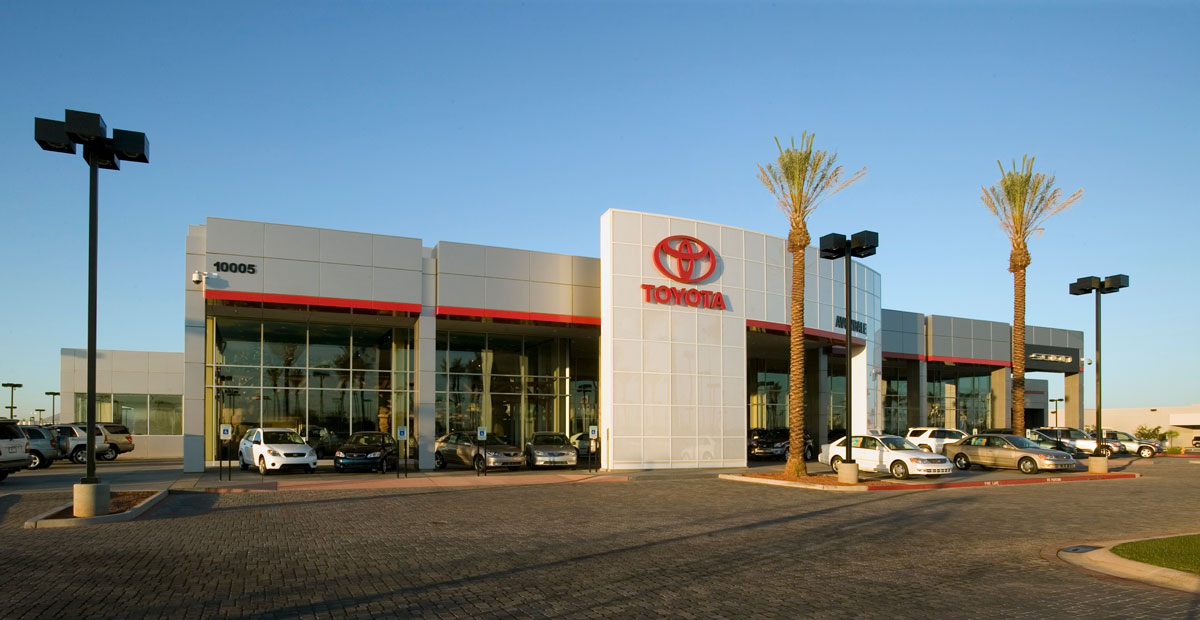 Avondale Toyota / Scion of Avondale, Arizona is one of the first dealerships constructed under the guidelines of the new Toyota Image USA II program. The facility initiative was designed by Toyota in conjunction with Gensler, San Francisco. At the present time, Toyota has over 500 dealers enrolled in the Image USA II program.

With clean lines and the suggestion of a high-tech image, aluminum composite material cladding is among materials selected to help present an attractive identity for years to come. The Avondale dealership has a dramatic presence with an internally lit portal primarily of white glass around a central entrance, highlit with the prominent red Toyota logo and typeset. Beyond either side of the portal, the building is clad in Alucobond material of Toyota Silver II around expansive areas of glass. A red Alucobond accent strip is featured below the fascia, above the windows; and an eye-catching line-up of automobiles is on display just outside. The Scion logo is clearly present on a band of black Alucobond material at the far right of the dealership. Alucobond material from 3A Composites USA Inc. is attached by the Sobotec SL 3000 system, a dry-seal system selected by Toyota and Gensler as compatible with the automaker’s strong “fit and finish” heritage. 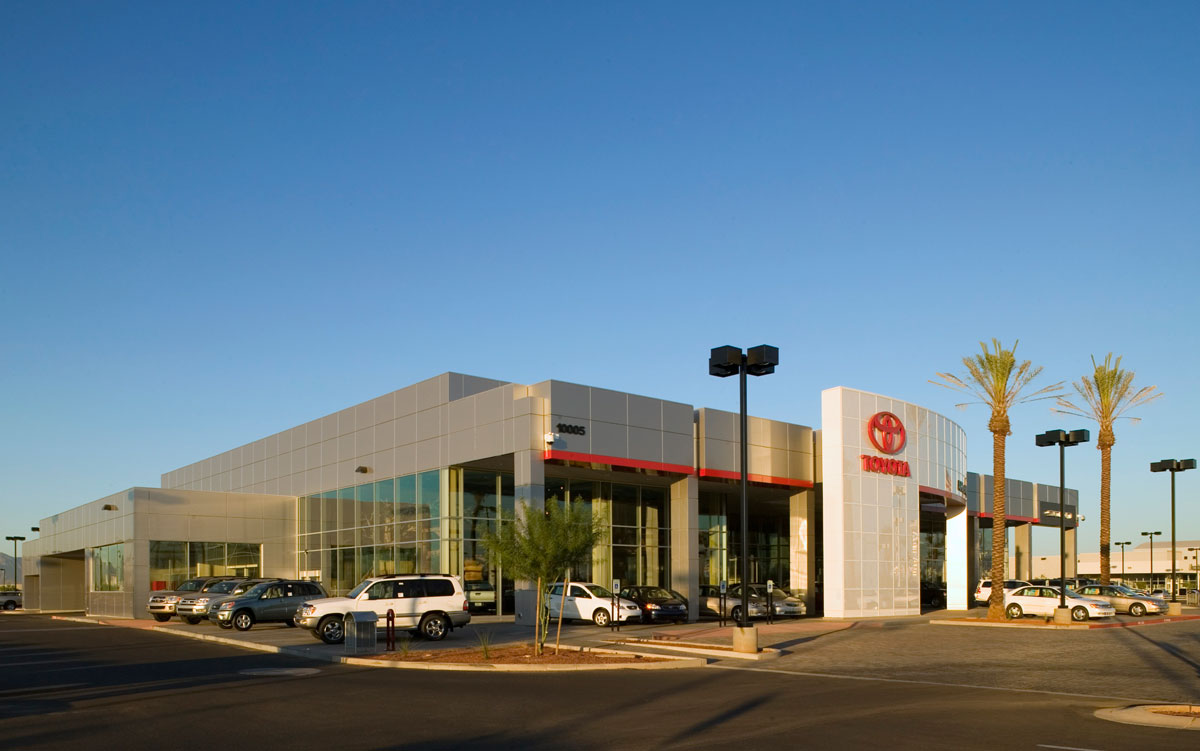 The dramatic presence of the dealership helps to establish the leading-edge approach of Avondale Toyota / Scion. This is a technologically sophisticated dealership that advertises one of the largest showrooms in Arizona, as well as many innovations in the sales and service experience. The majestic palm trees just outside the entrance relate well to garden-like touches inside, which are a natural counterpoint to the information kiosks and large-screen televisions. It is a thoughtfully balanced setting, where the focus can be on people as well as vehicles.

Approximately 1100 of the 1200 dealerships are expected to be involved in the Toyota Motor Sales corporate identity program during the next few years.