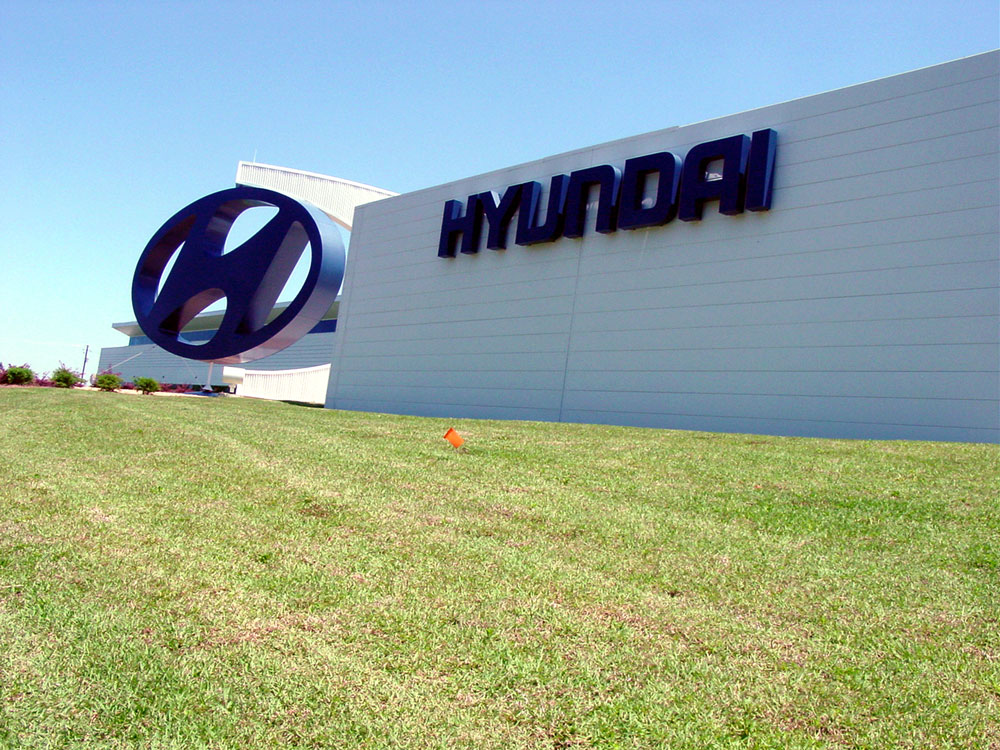 “Good Design on a Budget” Involving Alucobond® Plus Material

As a state-funded building, the Hyundai Training Facility in Montgomery, AL, needed “good design on a budget,” according to Byron K. Smith, Associate in the Birmingham office of Gresham, Smith and Partners. Alabama Industrial Development Training (AIDT) was the architectural firm’s client for the training facility.

Substantially completed in September 2003, the project features 1,749 net sq. ft. of 4mm Alucobond® Plus Material in Bone White color. Material was attached by the 2” rainscreen system (Series 400) of John W. McDougall Co., Nashville, TN, the Alucobond Material fabricator and installer. “In essence, the building is a technical school with both classroom and laboratory training as well as administrative spaces,” said Smith. The training facility was designed to be utilized in AIDT’s pre-employment and on-the-job training of Hyundai employees for jobs at the adjacent manufacturing plant constructed later. 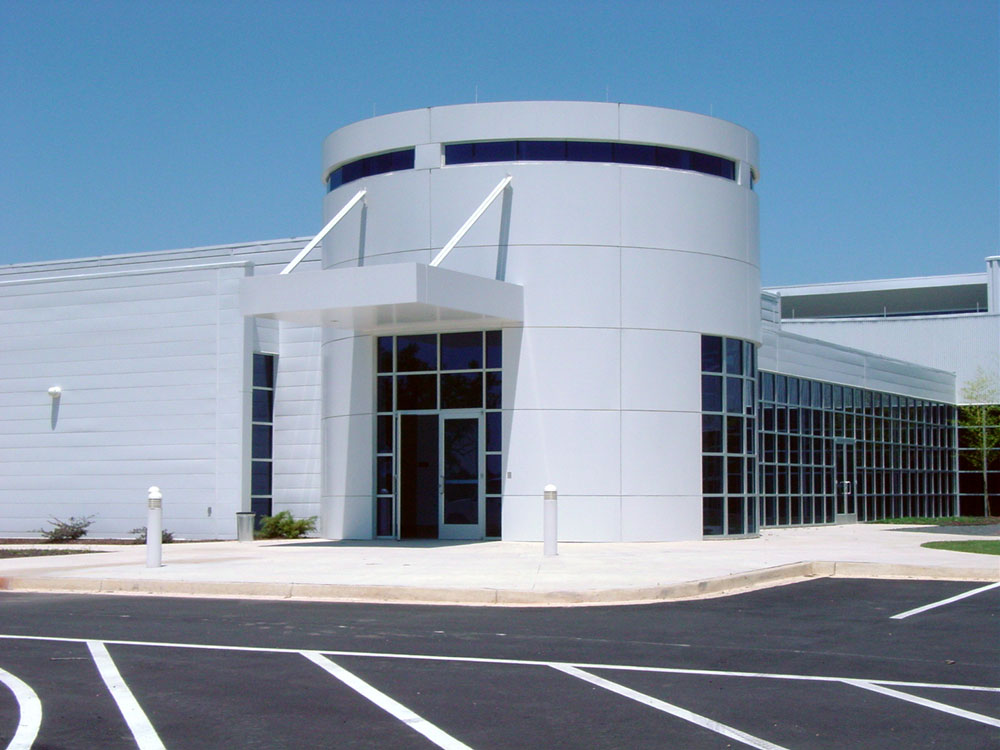 The training facility had an extremely tight budget and a fast-track schedule, according to Smith. “Therefore, governing factors in the building design had to include, among others, economy of construction methods, careful material selection, and material costs,” he said.

As to the selection of metal wall panels, Smith said, “Metal wall panels on structural steel framing was chosen for the project and the benefits of standard profiles and sizes, standard colors, and ease of construction enabled an economic building envelope, which is quite dynamic. A combination of vertical and horizontal panel installations, insulated liner panels, and standard insulated cavity wall systems were combined to gain the advantages of each in the wall construction. Longer span ribbed panels, with insulated liner panels, were installed vertically on an horizontal z-girt structure in the large shop area. Flat profile, uninsulated panels were installed horizontally on the typical steel stud cavity walls (batt insulated) in the finished classroom spaces. The undulating wall of the large lounge space is clad, on both interior and exterior walls, with vertically installed corrugated panels on steel studs to easily accommodate the wall curvature. The primary form at the south side of the building is a rotunda serving as the main VIP entrance.

The sleek, smooth, standard size curving panel of Alucobond on this exterior wall provided a cutting edge appearance and helped to enhance the image of Hyundai Motor Manufacturing Alabama LLC through the facility’s design. Each of the metal panel installations aided in the overall strategy for good design on a budget, especially the Alucobond Material. The dynamic form of the rotunda was entirely improved by the sharp lines and smooth surface of the Alucobond panels and, along with the other metal panel installations, helped bring the building in well under budget.” 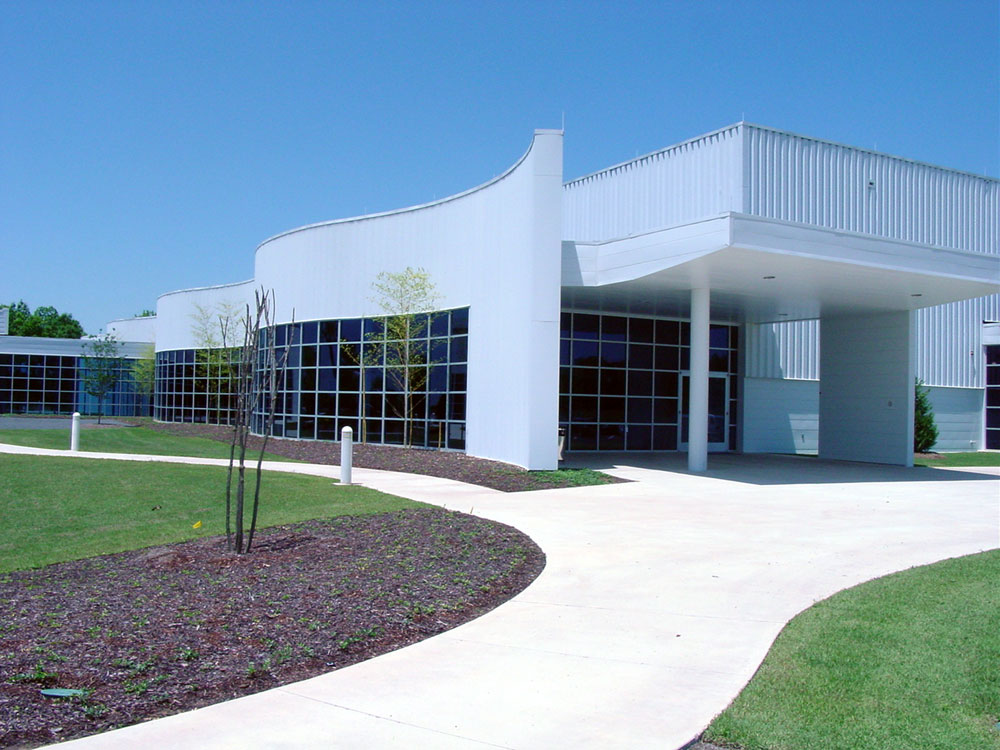 AIDT, part of the state’s two-year college system, was established to develop and coordinate training programs for companies that are creating jobs in Alabama through startup or expansion. Since 1971, AIDT has customized pre-employment, on-the-job and new skills training programs for more than 200,000 Alabamians employed by more than 3,500 organizations.

Gresham, Smith and Partners was founded in 1967 in Nashville, TN, and is now approaching 700 employees in eleven offices. 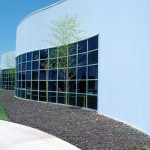 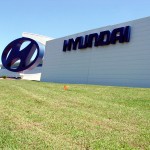 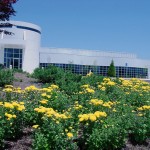 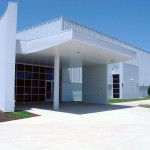 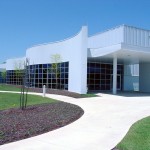 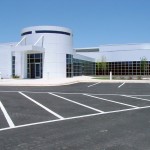 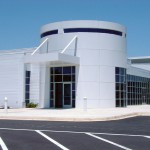