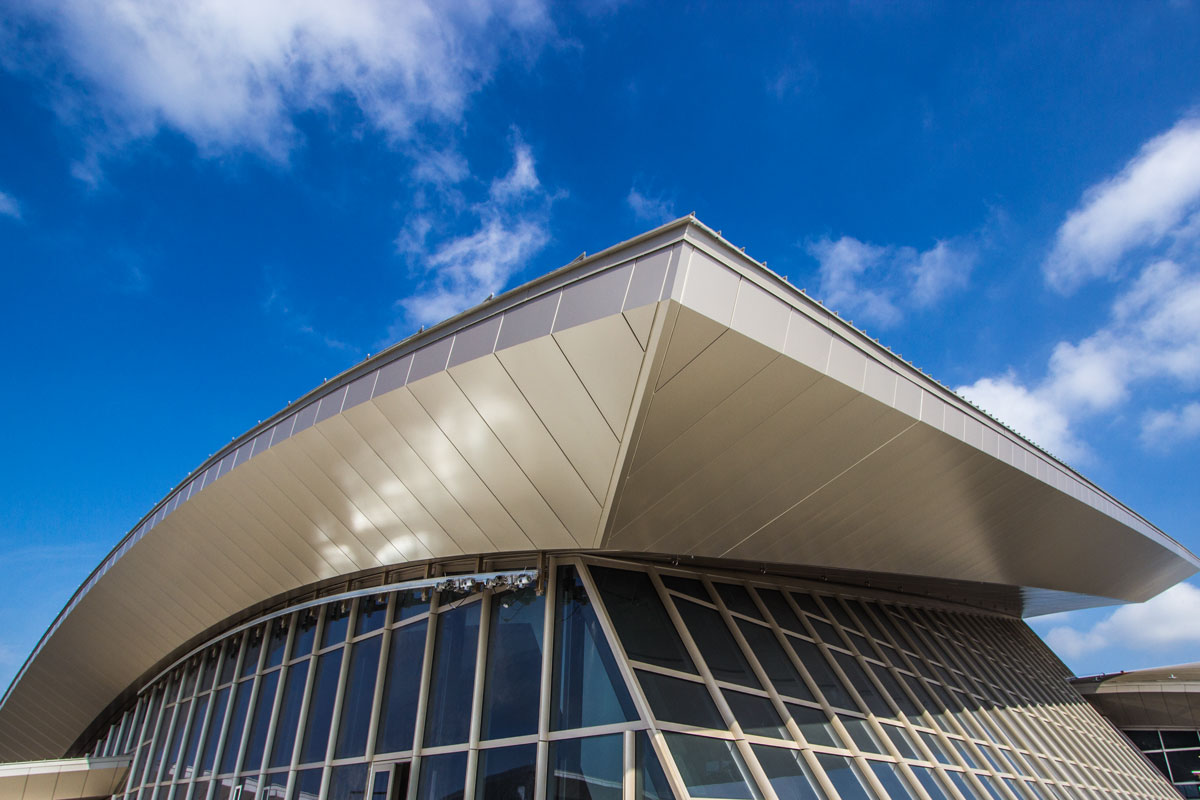 Los Angeles International Airport (LAX) is the sixth busiest airport in the world and the third busiest in the United States serving nearly 63.7 million passengers – including 17 million international passengers – in 2012. Visitors are drawn to Los Angeles to experience everything from the area’s temperate coastal climate and beaches to the glitz and glamour of Hollywood movie-making.

Those themes are readily apparent in the design of the $1.9-billion New Tom Bradley International Terminal (TBIT) at LAX, which was dedicated in September 2013. The new 1.3-million square-foot terminal addition features a dynamic design by Denver-headquartered Fentress Architects, which was charged with dramatically improving the passenger experience in a way that would capture the vibrant spirit of Los Angeles. 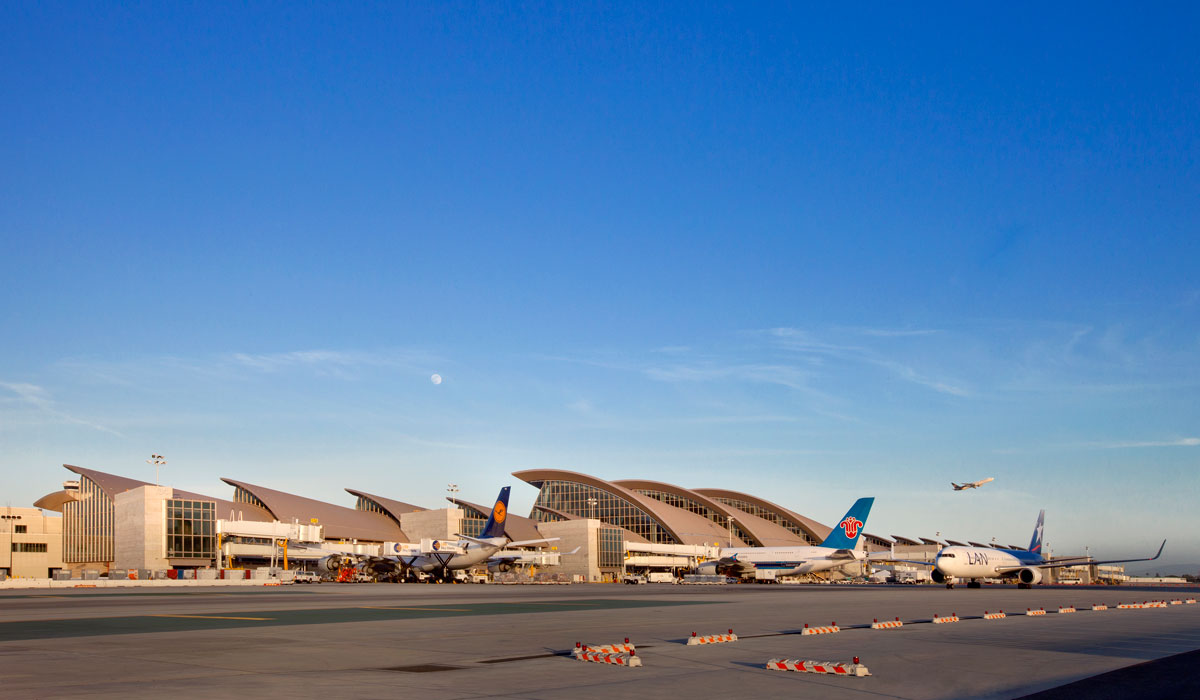 “The intent of Fentress Architects’ design of the New TBIT is inspired by the Pacific Ocean on LAX’s west side, with a flowing roofline that recalls the rhythm of waves breaking on the beach,” according to a statement by Los Angeles World Airports (LAWA). “An open and spacious 110-foot-tall Great Hall suffused with natural daylight acknowledges Southern California’s temperate climate, while its aluminum roof arches over the column-free structure. This creates a single cohesive architectural theme that unifies the entire terminal inside and out.”

“What makes the architecture in the New Tom Bradley International Terminal so significant is that it represents the majestic quality and contemporary philosophies of Los Angeles,” said Curtis W. Fentress, FAIA, RIBA, president and principal in charge of design, Fentress Architects. “Its inspired design solution is in response to its setting, the beautiful waves of the Pacific Ocean.”

Fentress Architects, which was awarded the design contract for the new terminal in May 2008, created the design following a series of “visioning” meetings with planners, community members, stakeholders and the traveling public to determine the images that best exemplify the Los Angeles metropolitan area, according to Holly Carson, assistant project manager, Fentress Architects. Among the common themes were the ocean, mountains, highways and downtown, she said.

“The overall shape evokes waves,” said Carson. “Everyone liked the roof design. It offers an amazing panoramic view. When you look to the north, you can see the sky through the glass.”

Looking up also provides a view of the Alucobond, which was utilized on interior curved soffits.

“We extended the exterior roof form and materials inside to create interior soffits,” said Mike Doucette, project element manager, Bradley West Development, LAWA. “It brings the outside wave form in. The material forms the edge of the waves when you look up.”

While visually stunning, the design of the new terminal also had to meet the airport’s practical need to accommodate larger jetliners such as the double-deck wide-body Airbus A380.

“With the prevalence of the A380, we needed a terminal facility that would be competitive with other world-class facilities,” said Doucette. “LAX is the gateway to the west coast. We needed an international terminal that was more representative of this city and LAX’s high-profile market. We could not fit the A380 at more than two gates in the old facility, and the goal was to provide the highest levels of passenger convenience, amenities and services.”

The New TBIT hosts 30 foreign air carriers and is designed with 18 new gates – nine of which can accommodate larger, new-generation aircraft such as the Airbus A380. 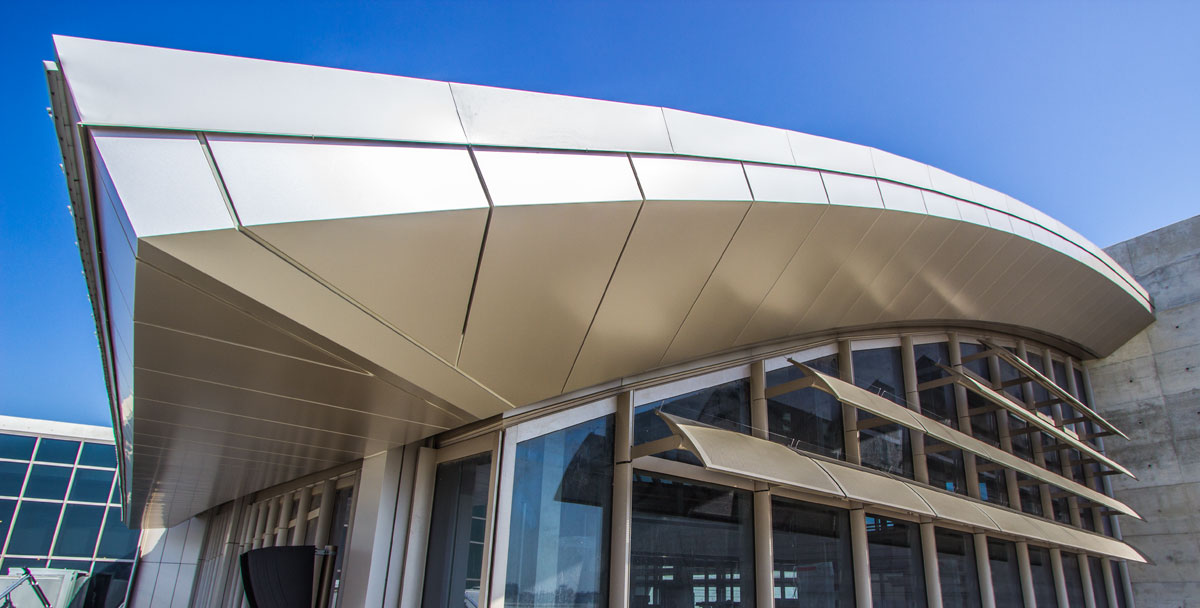 Design of the new terminal began in 2009 with construction started in 2010. Walsh Austin Joint Venture (consisting of Chicago-headquartered Walsh Construction and Dallas-headquartered Austin Commercial) served as general contractor for the project. The New TBIT – which was designed to be submitted for LEED Silver certification – was constructed with practices that diverted 75 percent of construction waste from local landfills.
Elward Systems Corp., of Lakewood, Colo., fabricated approximately 10,500 recyclable Alucobond panels for the project utilizing detailed three-dimensional CAD modeling so that the panels could be fabricated flat with pre-cut angles. The panels were then curved on-site during installation.
“Almost every panel had a unique shape,” said Travis Gregory, project manager, Elward Systems Corp. “The flexibility offered by Alucobond allowed large radiuses and curves to be formed. … The most challenging part of this job was creating the fabrication drawings because this design was very complex and featured so many angles.”

The Alucobond panels were installed by Gary, Ind.-headquartered Crown Corr, Inc., with the Elward Systems Corp. Rout and Return Dry System. Installation began in August 2011 and was completed in June 2013. Due to the project’s aggressive timeline, much of the panel fabrication and installation occurred simultaneously.

Creating the New TBIT’s “ocean wave” effect required the installation of the Alucobond panels – many of which were 25 feet long – on 14 roof areas, each featuring three to four elevations, as well as on interior soffits, according to David Ford, project manager, Crown Corr.

“We had to work with big panels in tight spaces and produce complicated radiuses,” said Ford. “Elward would ship the panels flat and the framer would establish the radius. Elward did an excellent job. They pre-cut every angle to make it perfect. … The Alucobond panels and Elward’s installation system worked well together. This is a top-of-the-line product and system. There are no waves at all in the middle of the panels.”
Carson said the roof originally was envisioned to be constructed from stainless steel but that the Alucobond panels provided several project benefits.

“The standing seam roofing (Alucobond) provides cost efficiency to this option, in addition to the durability and longevity of a long-term commercial metal roof,” said Carson. “This product also minimizes or eliminates oil-canning in its basic properties.”

“The Alucobond panels met our aesthetic needs, and we have every expectation that the material will perform well over time,” said Doucette. “It helped us create the complex roof shapes and the complex geometry in the wave design. It offered us a level of flexibility to achieve our aesthetics.” 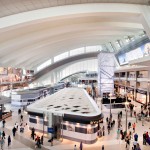 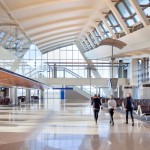 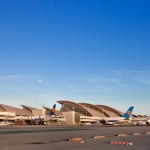 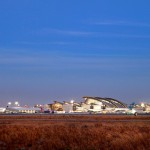 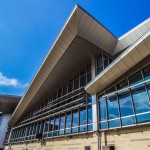 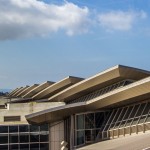 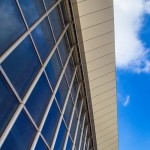 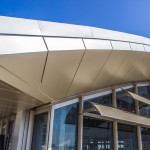 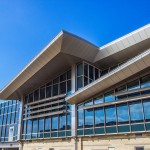