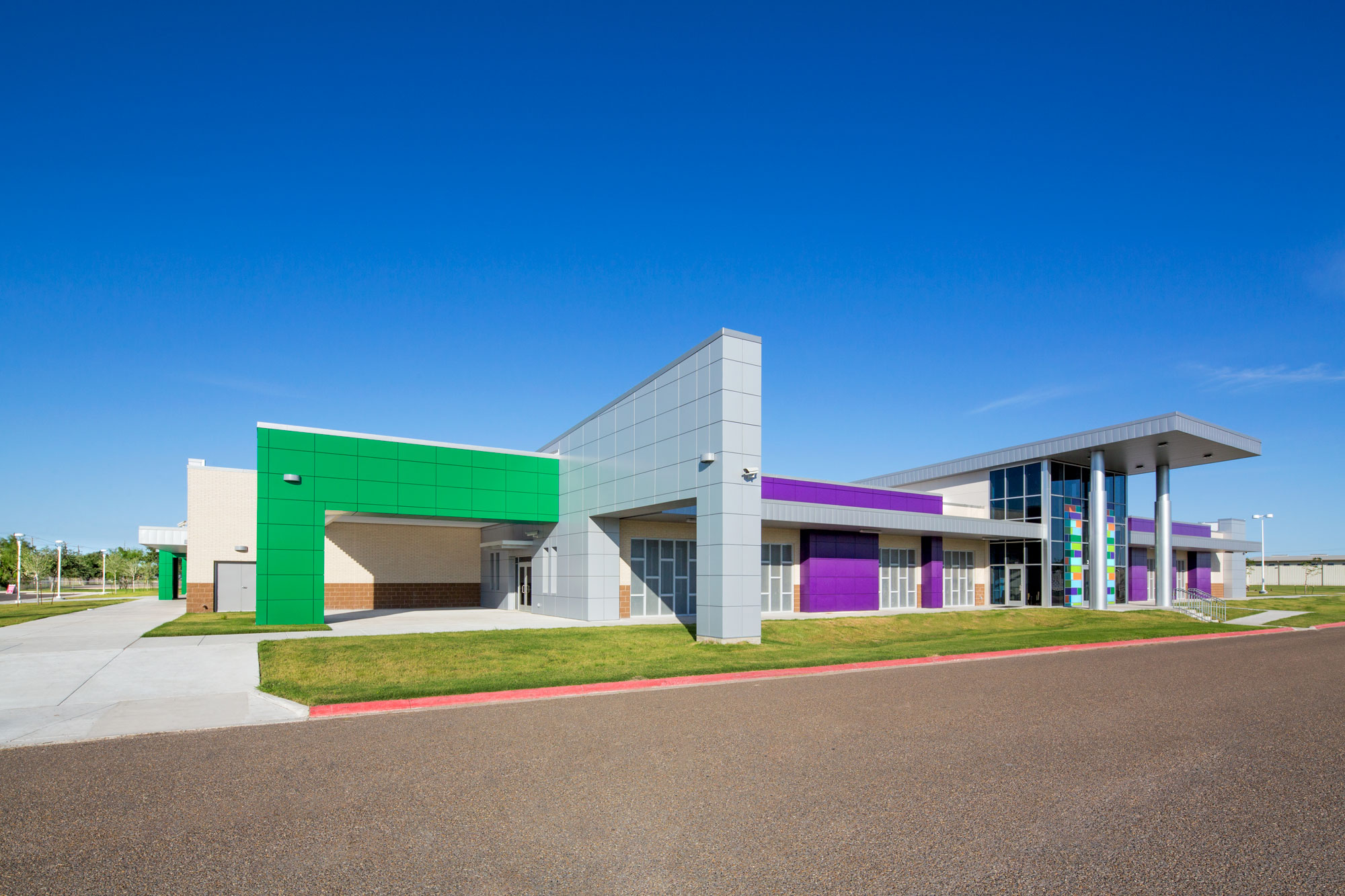 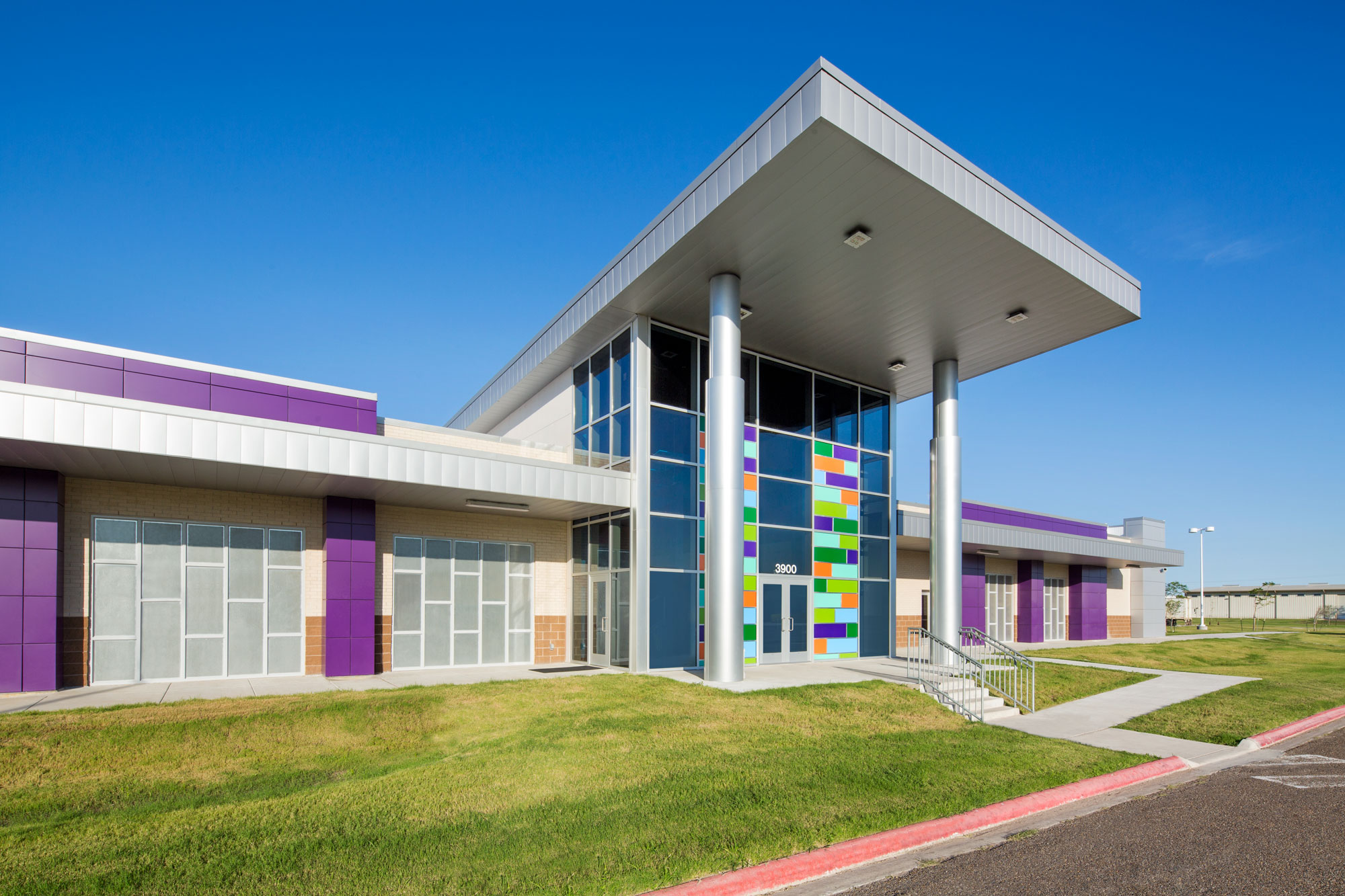 The ceremony’s memorably constructed ribbon and cutting technique were befitting of the former plastics manufacturing site, which was renovated to serve as home to the college’s Institute of Advanced Manufacturing and offices of Continuing Professional Workforce Education as well as its welding, construction management, electrician technology and precision manufacturing programs.

The $9.3 million 72,000-square-foot STC Technology Campus expansion features offices and classrooms as well as computer, training and robotics labs and sits adjacent to the current campus. 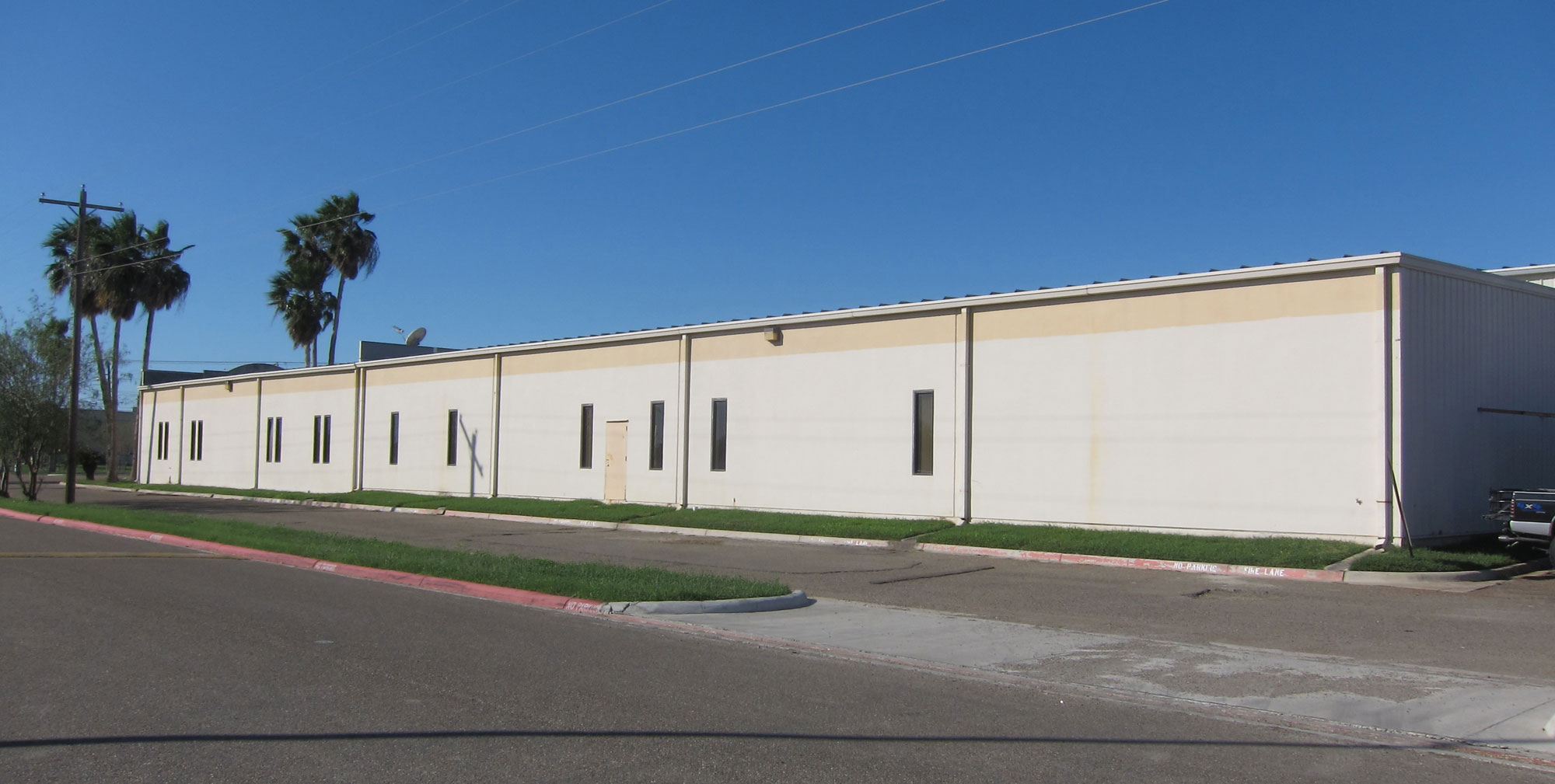 “The existing building looked like a typical warehouse,” said Eduardo Vela, AIA, principal, EGV Architects, Inc., of Hidalgo, Texas, which served as architect of record for the project. “We had to start with a well-worn manufacturing site and turn it into a state-of-the-art teaching facility.”

The STC Technology Campus’ mission is to provide students with hands-on educational experiences required to fill jobs in the area’s industries.

EGV Architects wanted to maintain an “industrial” aesthetic in the retrofit as well as establish a campus identity, according to Vela. Part of that latter goal was met with the incorporation of custom STC school colors in building cladding. 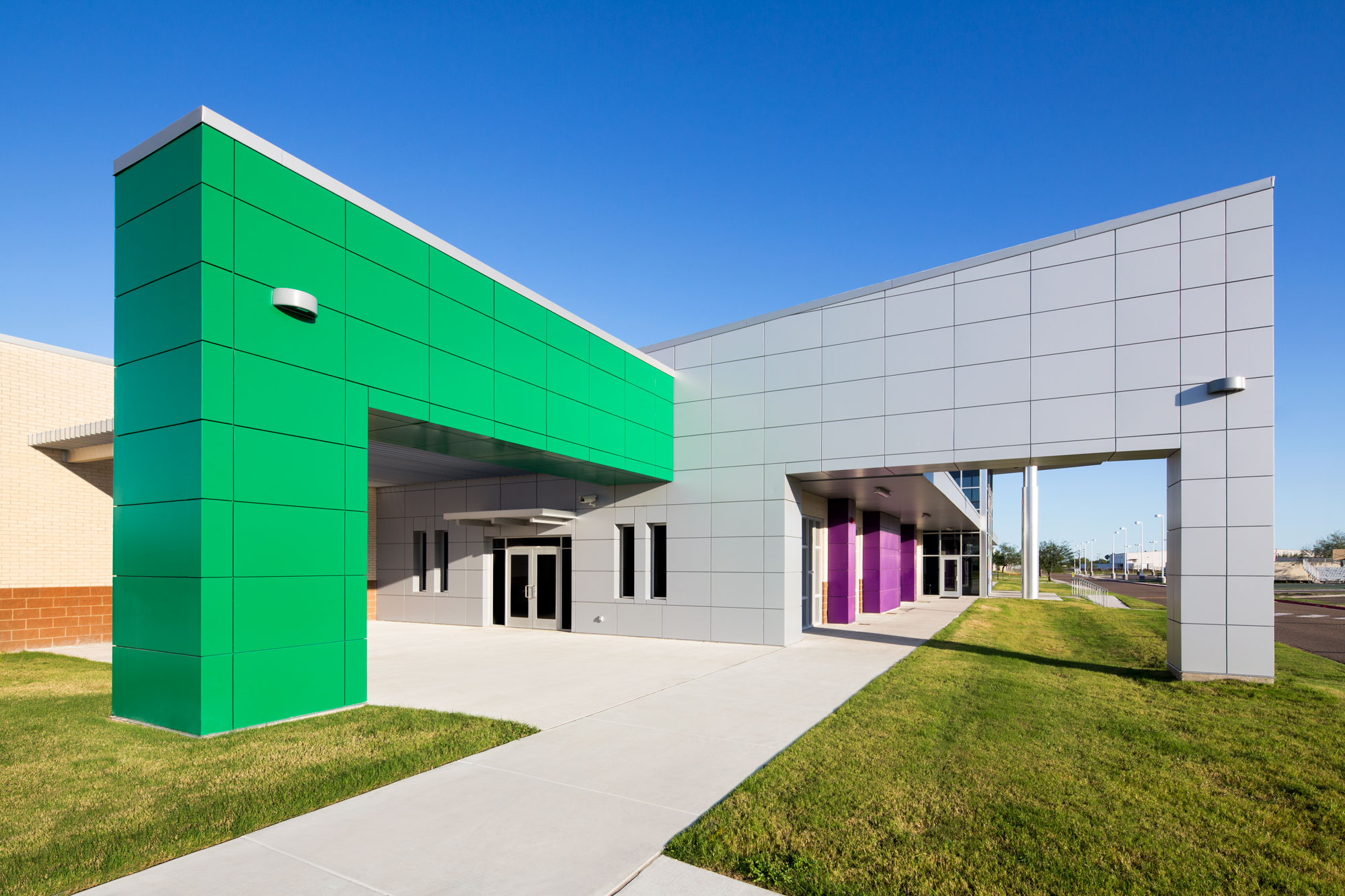 The Alucobond colored panels were juxtaposed with cream-colored brick and brown split-face block wainscot on the building’s facade. 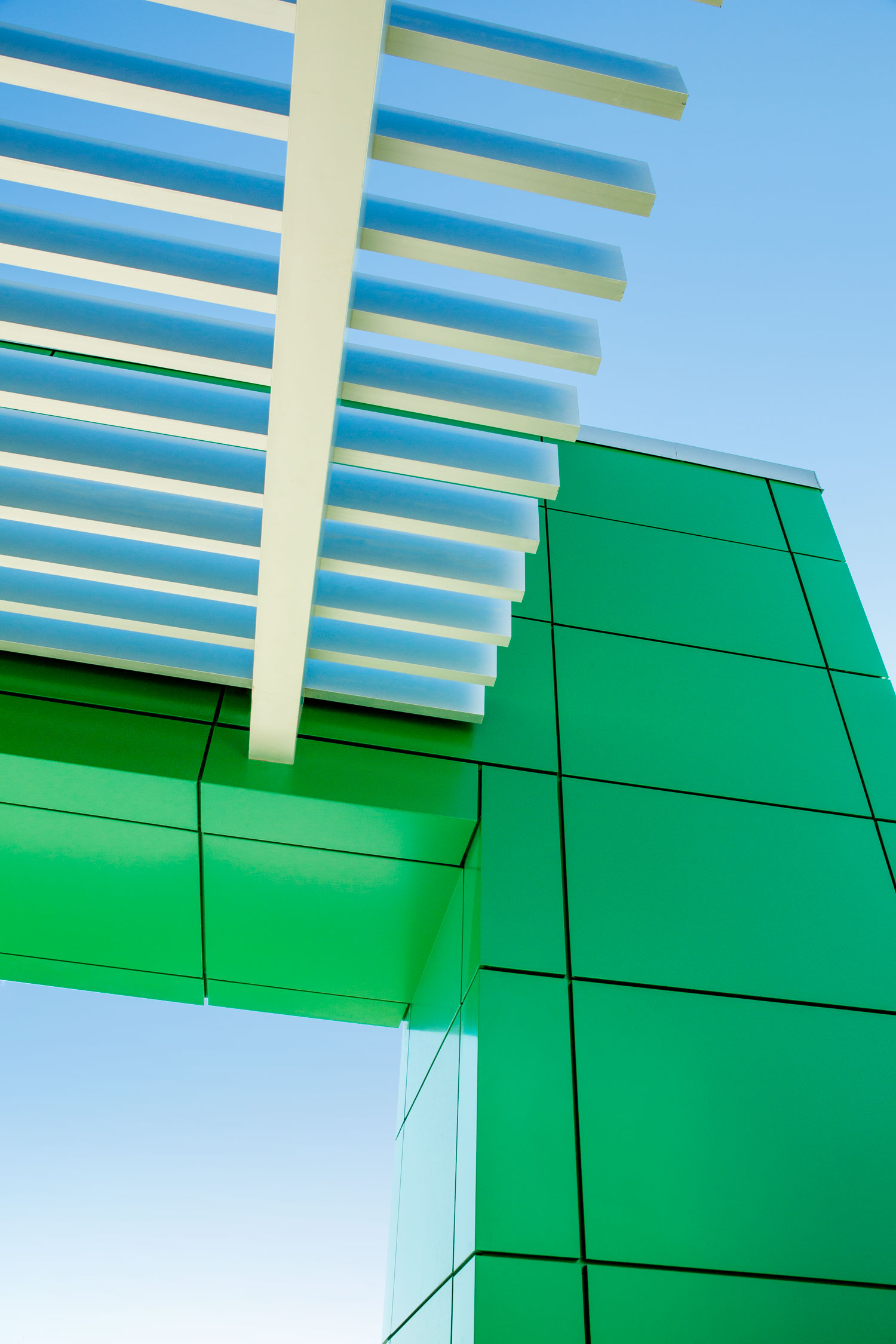 “We chose to use Alucobond as a decorative theme for the college,” said Vela. “It’s low maintenance and requires no painting. Once Alucobond is installed, it’s there – unlike stucco that tends to fade. The custom green and violet Alucobond will be there for many years with no maintenance. The Alucobond was a good fit; it makes the campus architecturally appealing.”

While selecting weather-resistant Alucobond as decorative cladding may have been an easy choice, Vela said renovating an existing building designed for manufacturing into college classrooms, offices and labs was much more difficult than designing new construction.

“It was a much more challenging role for the architect and design team,” said Vela. “We had to work within the limits of the building’s existing conditions. With new construction, you can do whatever you want. A renovation project adds an element of difficulty.” 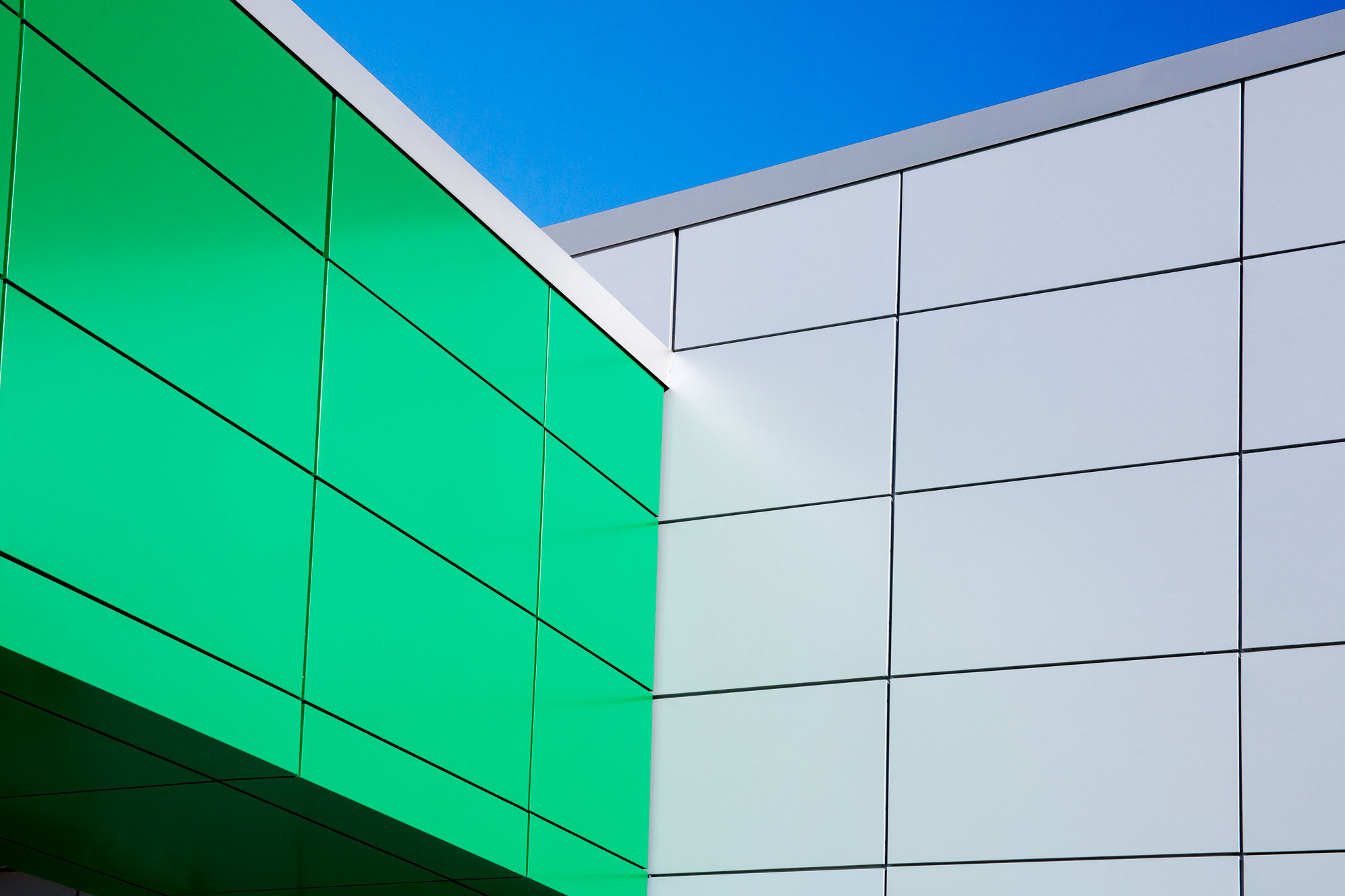 Renovating the industrial building into an educational setting required working around a load-bearing wall in the middle of the manufacturing facility as well as existing columns, bracing and roof heights not designed for classrooms. The renovation required much of the existing building’s interior to be demolished and an entrance created where there previously was none.

“We also wanted to use as much of the existing mechanical, electrical and plumbing as possible,” according to Vela, who said new air-conditioning, ventilation and lighting systems were installed. 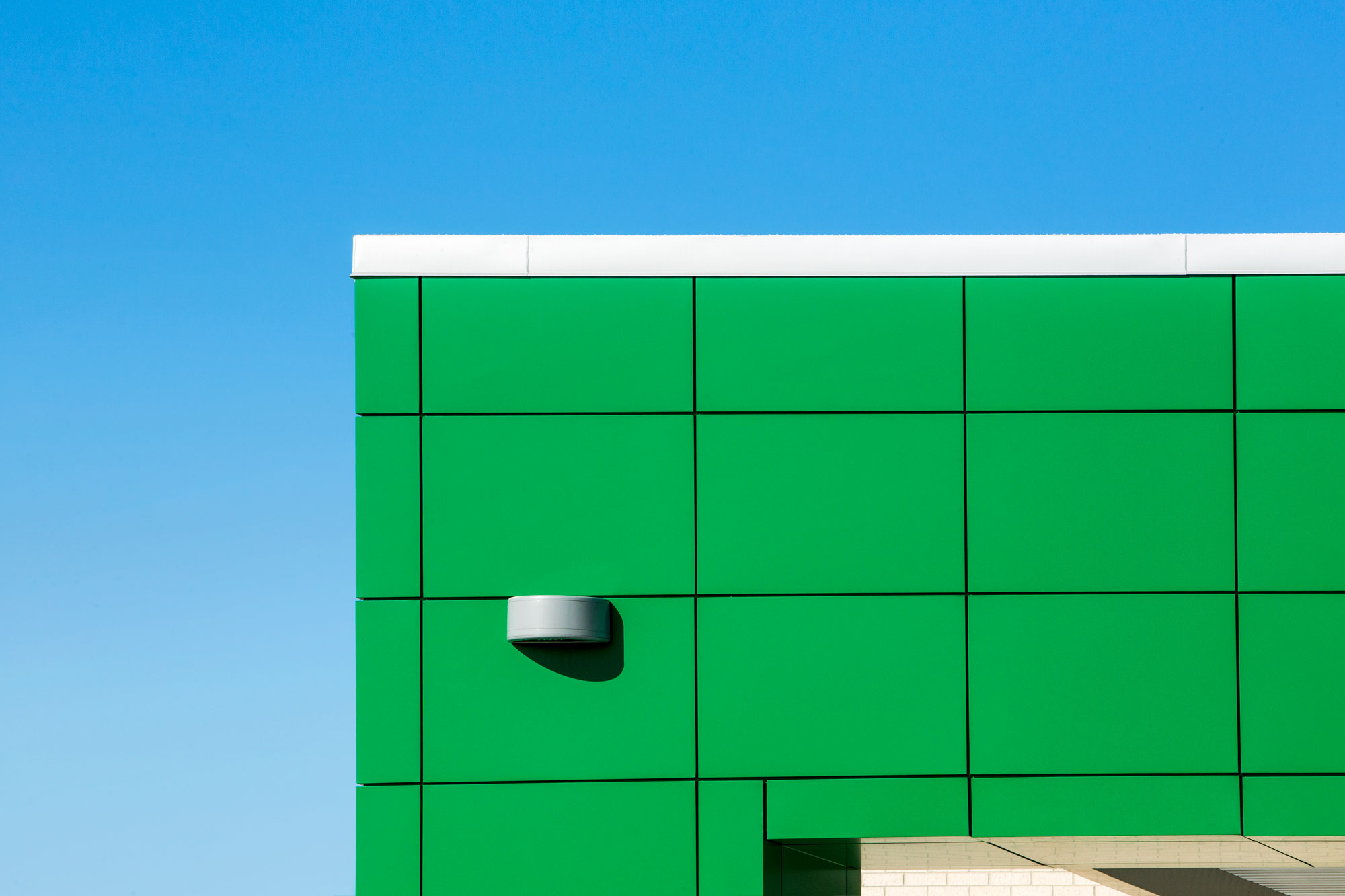 EGV Architects was able to add 4,621 square of additional space to the existing building’s north side to serve as an outdoor welding lecture space and lab while maintaining the industrial architectural idea, according to Vela.

Bowman Distributing Co., of San Benito, Texas, which fabricated and installed the Alucobond panels with a rain screen system, began work with EGV Architects in the design stage. 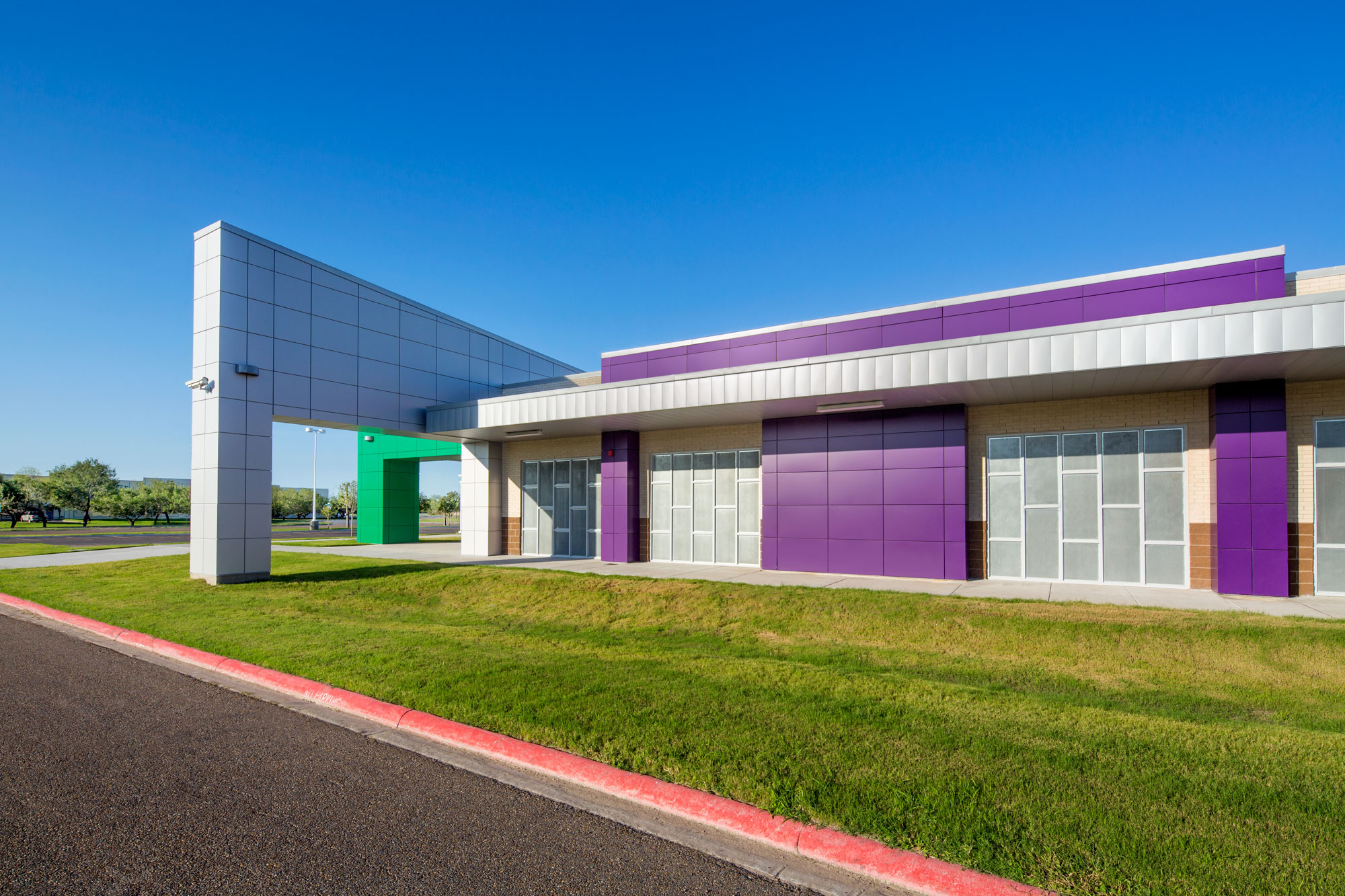 “We recommended Alucobond because of the product’s overall quality and the high quality of the paint that would be used to manufacture the custom colors,” said Juan Marchan, member manager, Bowman Distributing. “We received approval for the first set of custom-colored Alucobond samples that we received. Normally, when we request custom colors of Alucobond, they are spot on and offer consistent quality.”

Processing all three Alucobond colors simultaneously presented challenges in maintaining proper sizes for each color, according to Marchan, who said the majority of the Alucobond was installed on the building’s exterior. 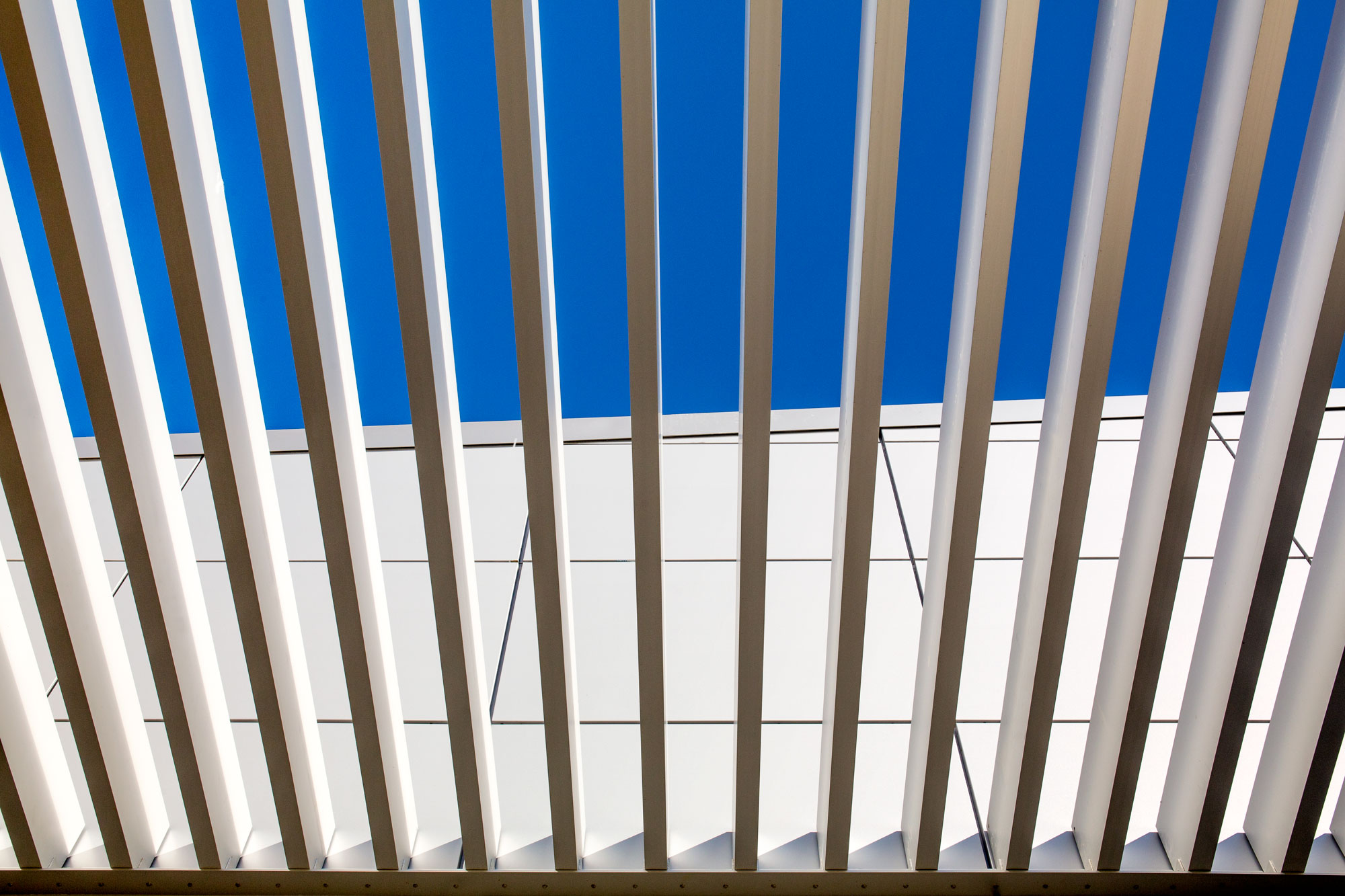 “It was also a very challenging project because of the large span of bridge walls and the overall size of the project,” said Marchan.

In addition to the renovated building’s decorative design elements clad in the Custom STC Violet Alucobond and Custom STC Green Alucobond, the building’s design features a highly visible entrance to a two-story lobby that is covered by a canopy and columns clad in Silver Metallic Alucobond.

“The entry to the campus is very visible to the whole area,” said Marchan. “We’ve received very positive comments from the architect about this project, and the school loved it. We’re very pleased with the outcome of this project.”

“I’m very impressed and satisfied with our work,” said Vela. “We’ve heard comments that there’s no way this could be the original manufacturing site. It’s a wonderful building.”