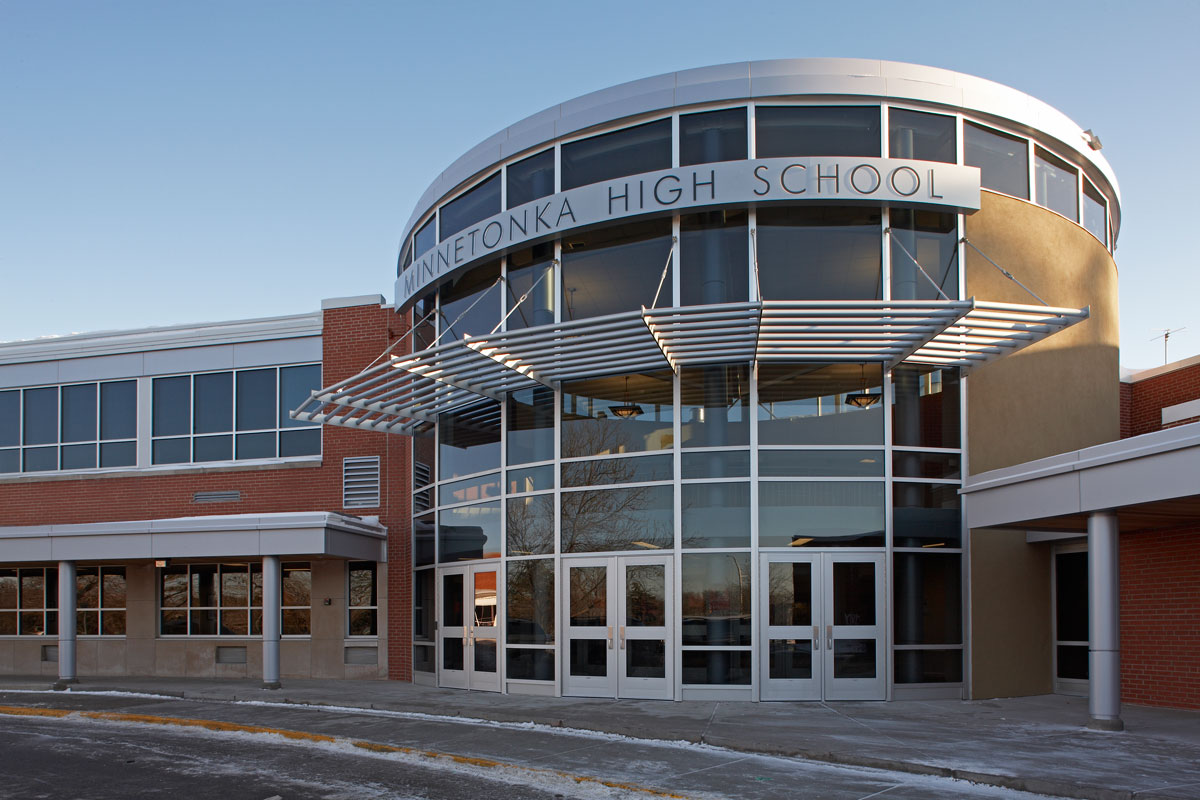 The Minnetonka, Minn., High School is considered the flagship of Minnetonka Public School District #276, which serves approximately 8,400 students in grades K-12 in this suburban community located just eight miles west of Minneapolis in Hennepin County.  As such, it was the first among the district’s schools to receive a facelift completed in January 2009 that included a secure entry and office space within a two-story beacon-like rotunda. 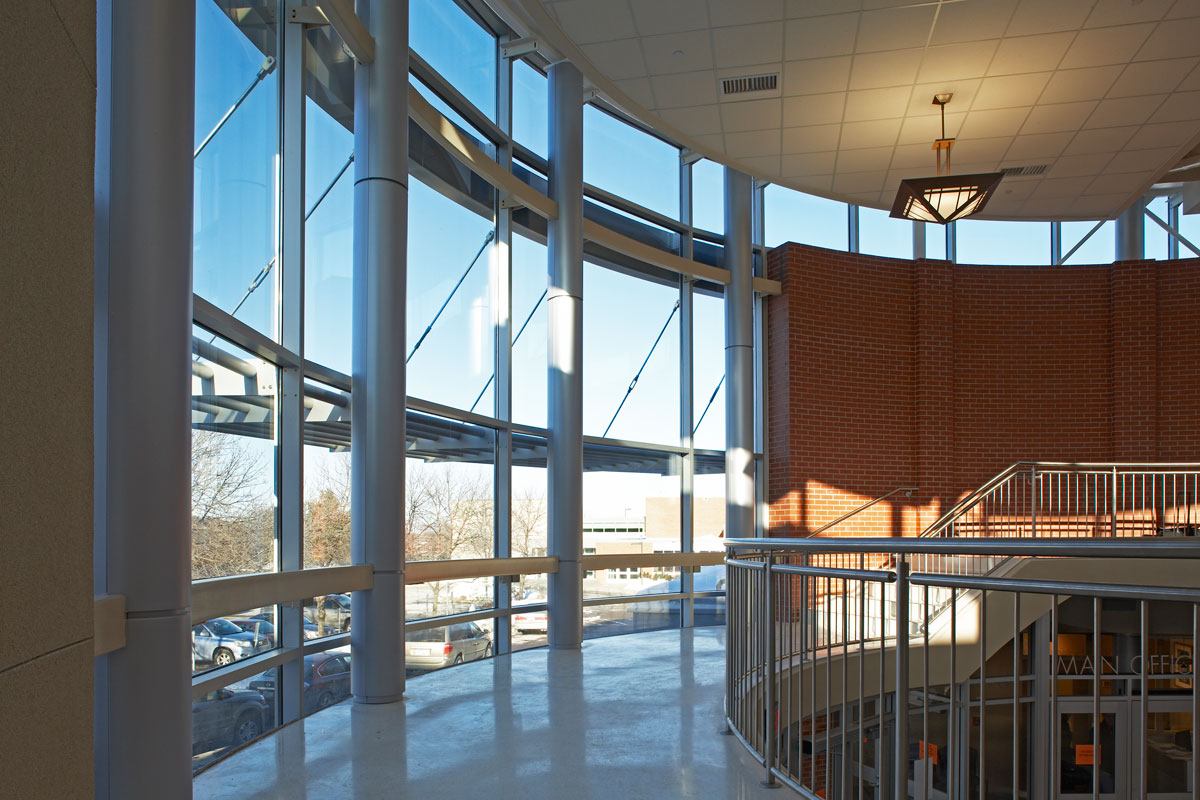 “Our overall goal was to give the schools a facelift that would display a strong image of schools of excellence,” said Tammy Magney, partner and project architect, Minneapolis-based ATS&R Planners/Architects/Engineers. Additionally, the Minnetonka Public School District wanted to create more secure yet friendly building entryways for students and visiting parents.

The entire entry at the Minnetonka High School was torn out and replaced with a two-story glass-filled entryway that “glows like a beacon,” according to Magney.  “We used this architectural element to create an obvious and welcoming entry symbol.”

The high school entryway features a vestibule that is open before and after school and locked for security during the school day.  The school office sits adjacent to the vestibule offering “a warm, welcoming and inviting reception to visitors,” according to Magney.  “Once the bell rings, the inside doors are locked,” she said. 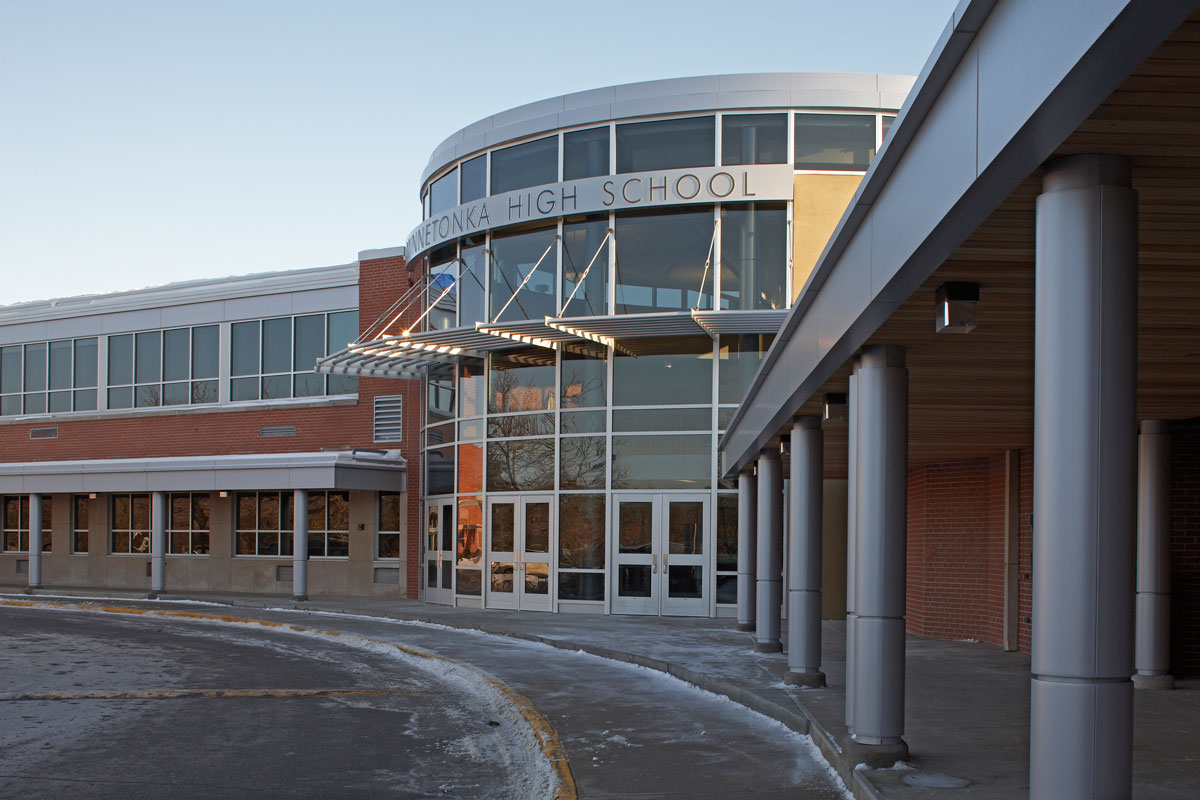 Alucobond’s ability to be bent into curved shapes was greatly utilized in the high school entryway.  In addition to wrapping 32 exterior columns located beneath the school’s canopies, Alucobond covered six round cylindrical interior columns that stretch floor-to-ceiling in the two-story entryway as well as four upper-level interior columns.

“Alucobond does the job of multiple other materials because you can bend and shape it,” said Magney.  “We use it as opposed to sheet metal.  It doesn’t oil can and offers rigidity.  Alucobond provides a clean, straightforward finish.  We like the simplicity of it and the color options available.”

Alucobond ACM in the custom Arabian Blue color was selected as a fun option for elementary school canopies, according to Magney.

“We went from playful blue to sophisticated platinum,” said Magney, who described the updated elementary school entryways as both welcoming and secure for the increased numbers of parents coming into the schools to partner with teachers and administrators.

“Alucobond has made these projects,” said Magney.  “It provides the finishing touch.  Its ability to be designed, shaped and formed is great.  There’s no other material that can finish it off like Alucobond.  We’re able to make the curves we want.  It lets us do what we need to do.”

“This product is always consistent,” said Kangas.  “Alucobond stays flat and does a nice job.  When we need to create a radius piece, it works well.” 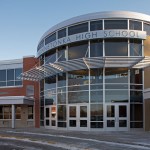 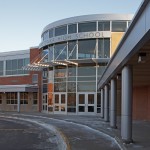 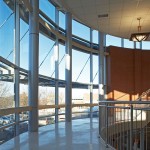 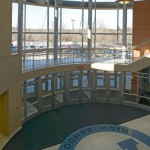 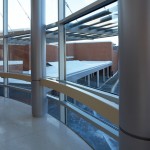 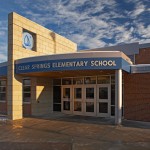